chryslerChrysler CCVconcept car
America's idea of a Citroën 2CV had a plastic body and a two-cylinder, air-cooled engine.

It was far from being the most beautiful car ever made, but the Chrysler CCV bundled some neat ideas for what was conceived as a cheap runabout tailored to developing countries.

Long before the Tata Nano took the Indian market by storm, Chrysler came up with the idea of a no-frills small car easy on the wallet to purchase and maintain. Taking inspiration in terms of philosophy and naming from Europe’s legendary Citroën 2CV, the CCV was developed to cater to people living in third-world countries where the roads are far from perfect – hence the generous ground clearance of 200 millimeters (7.87 inches).

The concept’s highlight was its ultra-lightweight body constructed from polyethylene terephthalate, which is what you and I refer to as PET used to make soda bottles. The inexpensive vehicle, which took only six and a half hours to build or roughly three times less than a compact car of that era, had a recyclable body penned by Brian Nesbitt – the same man responsible for the oddly similar PT Cruiser’s design.

The Chrysler CCV used the equivalent of 2,000 bottles of PET for its body that weighed a mere 95 kg (209 lbs). Four large panels were bolted and glued together to form the bodywork, and there were metal subframes to host the engine and suspension. Speaking of the engine, it was an air-cooled two-cylinder unit like the 2CV, sourced from lawnmower manufacturer Briggs & Stratton. The tiny 0.8-liter engine produced a mere 25 hp, but it only had to move 1199 lbs (544 kg).

It was conceived for both left- and right-hand-drive markets and had a large rollback fabric roof akin to the concept’s source of inspiration, the 2CV. Zips were used to turn it into a convertible, while the interior was washable and each door card came with a nifty slider to replace conventional window winders. Back in the day, Chrysler’s then-executive vice president, François Castaing, said the CCV was “as easy to assemble as a toy” and later crash tests showed it was somewhat safe.

The Chrysler CCV never made it to production as one of the conditions stipulated in the DaimlerChrysler “merger of equals” of 1998 was for the project to be shelved. 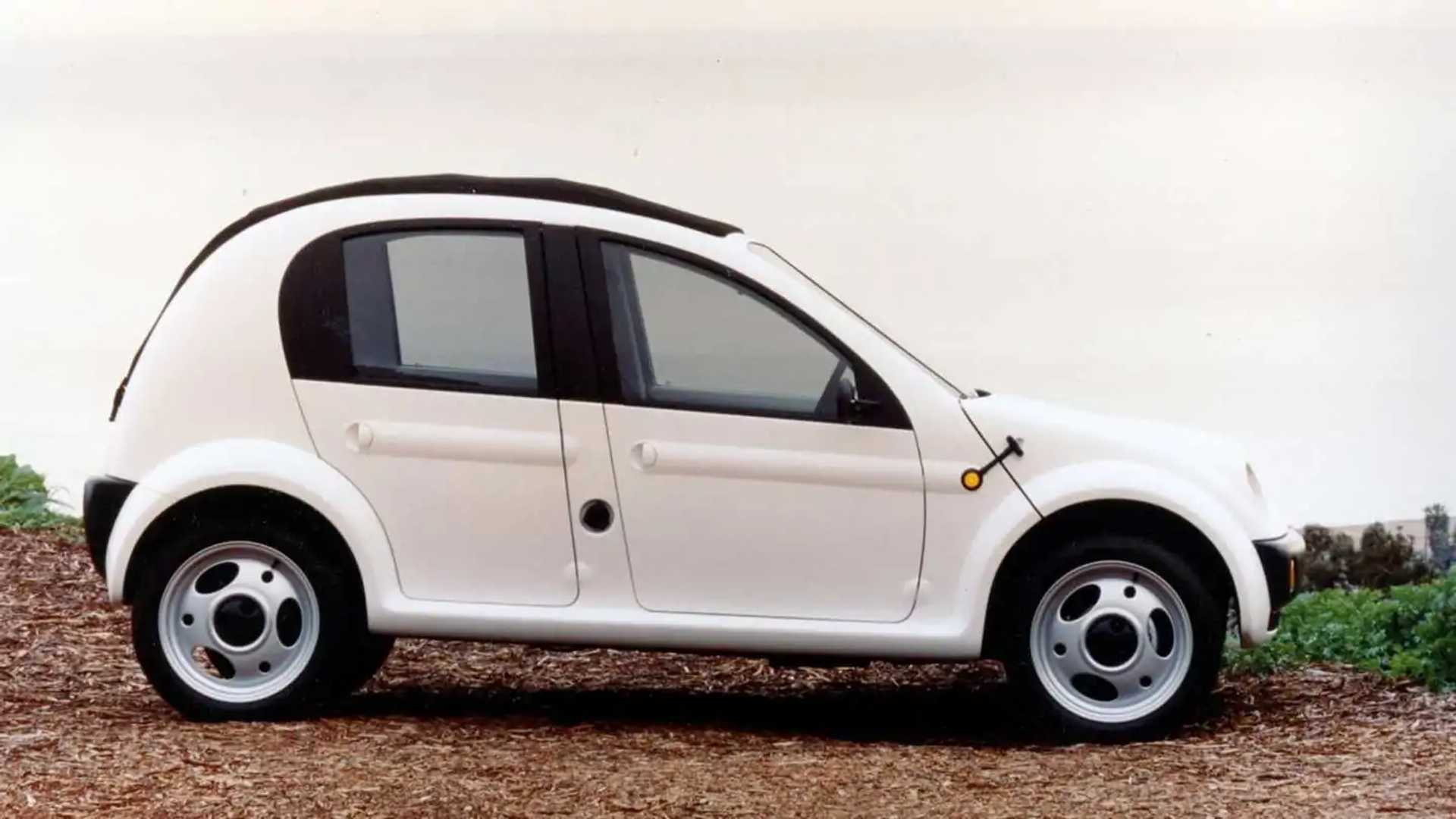