The minuscule go-anywhere vehicle that never was.

With Jeep planning to go below the Renegade by launching a pint-sized crossover, it's worth going back in time to remember when the company had a similar thought.

Nowadays, it's all about crossovers and SUVs in all sorts of shapes and sizes. Jeep is perfectly aware of the trend and its 2018-2022 product roadmap reflects the company understands what customers want. An assortment of high-riding models will be launched in the following years, and one of them is going to be an entry-level model set to be positioned below the already quite small Renegade. What could it be? We just don't know yet, but some 16 years ago, Jeep revealed a tiny crossover by the name of "Treo."

Considering it debuted at the Tokyo Motor Show, it shouldn't come as a surprise the concept was a bit quirky. Billed as being an "urban-active Jeep," the Treo took the shape of a three-seater vehicle with an interesting 2+1 cabin layout. Its body narrowed from front to rear where the winglets incorporated the taillights and also served as cooling air intakes. In addition, these little side wings also hosted the mounting points for the two Jeep Rubicon-branded bikes.

At just 4230 mm (166.6 inches) in length, the Jeep Renegade is one of the smallest crossovers you can buy, but the Treo took the concept of downsizing to a whole new level. It was only 3235 mm (127.3 inches) long and tipped the scales at 816 kilograms (1,799 pounds), thus making it ideal for the city. It was even considerably shorter than the adorable Suzuki Jimny, which in its fourth generation stretches at 3645 mm (143.5 inches). Its tiny cabin featured a folding third seat to accommodate more luggage in that limited space.

With this being a Jeep, it still had to have four-wheel drive. The engineers achieved the all-paw setup by installing an electric motor at the front axle and another one at the back. Underneath the floor sat a hydrogen fuel cell enabling zero-emissions driving, while the use of a drive-by-wire system meant the cabin space was maximized. Jeep said the Treo was instantly adaptable from a left-hand-drive layout to RHD and vice versa since the steering column, instrumentation, and the pedals were all incorporated into a single module that slid from left to right.

There weren't any plans to put the Treo into production and it seems highly unlikely Jeep's new crossover will be this small, but the concept did show how the Jeep recipe could be dramatically downsized. 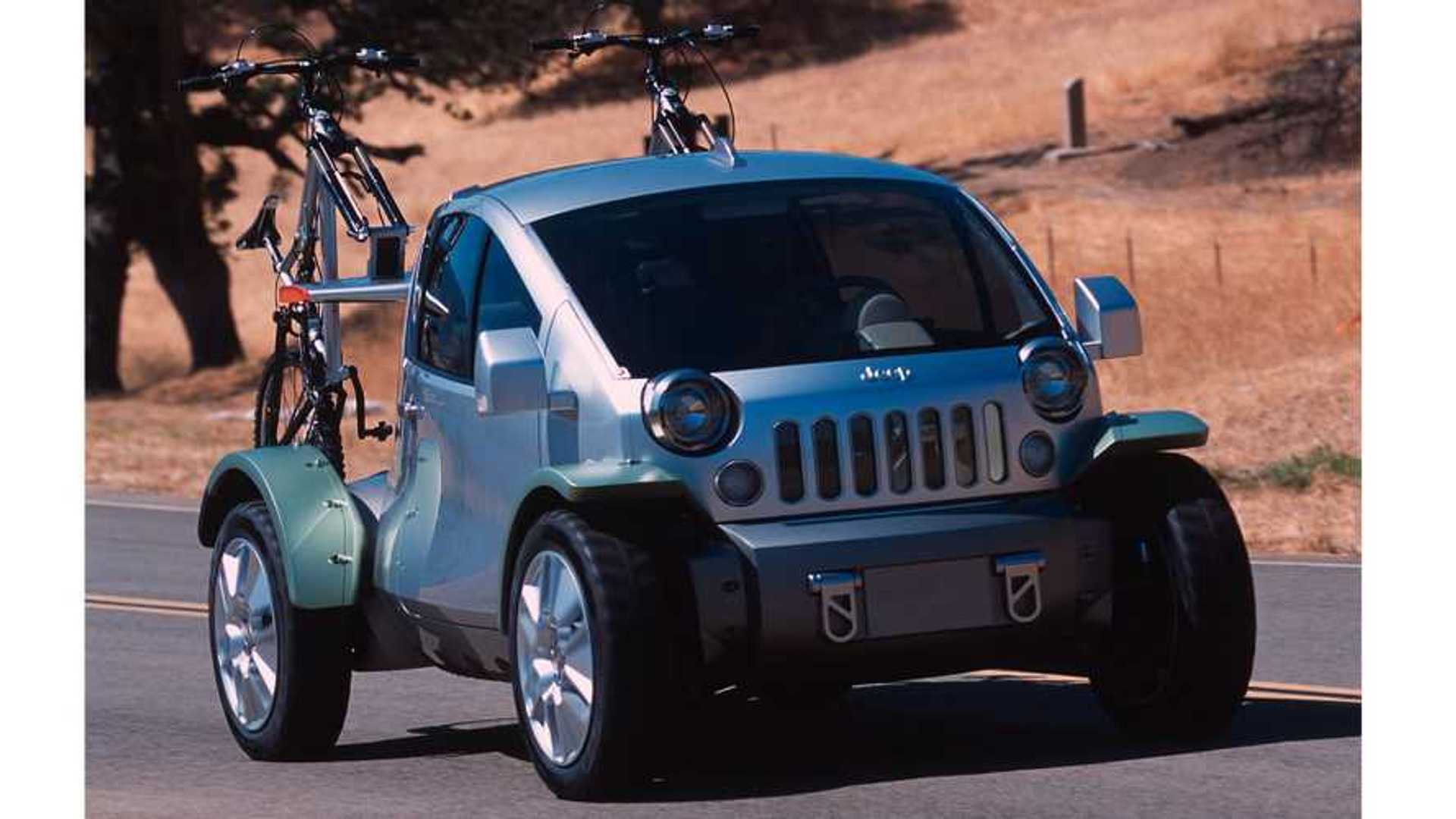 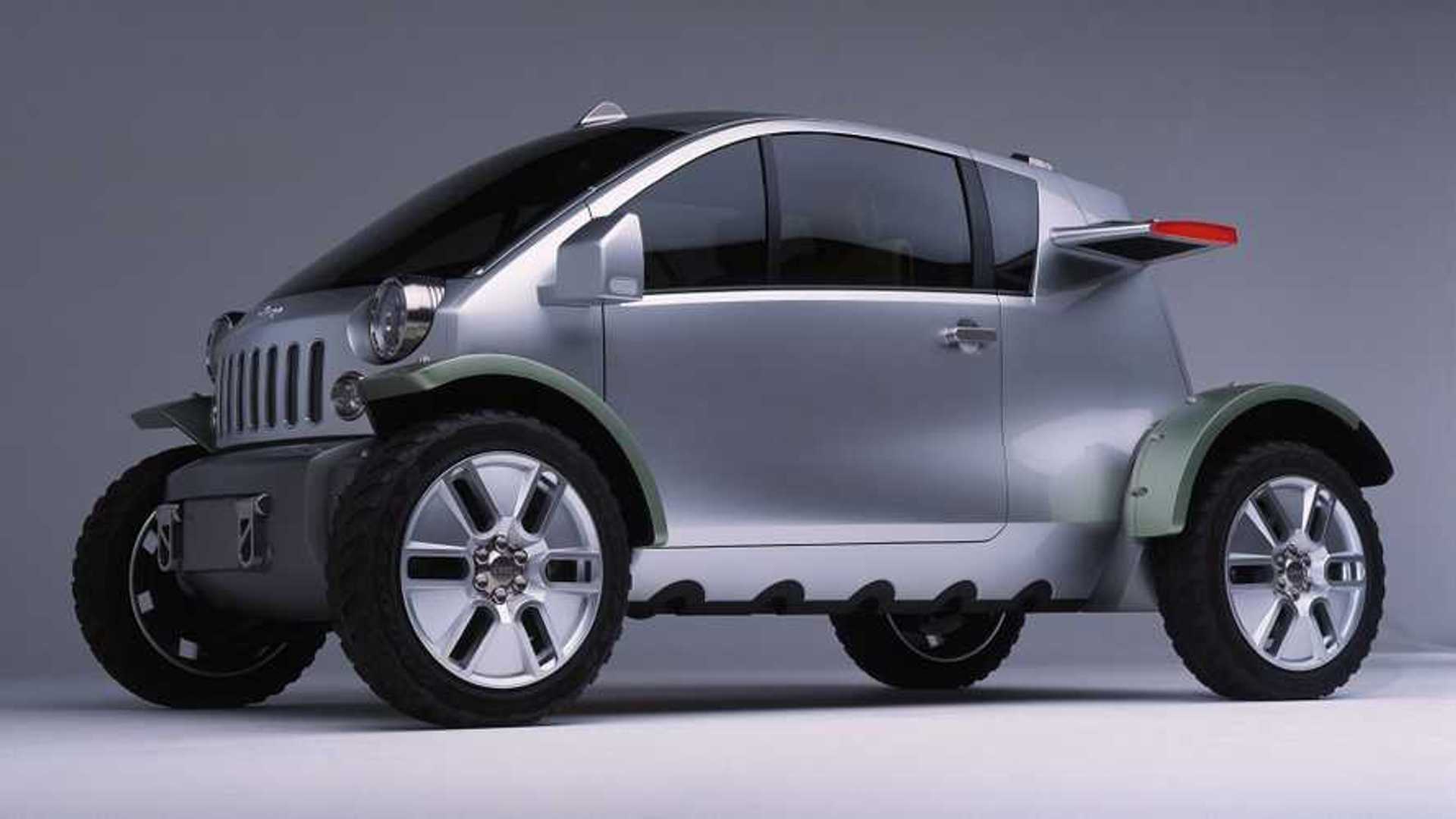 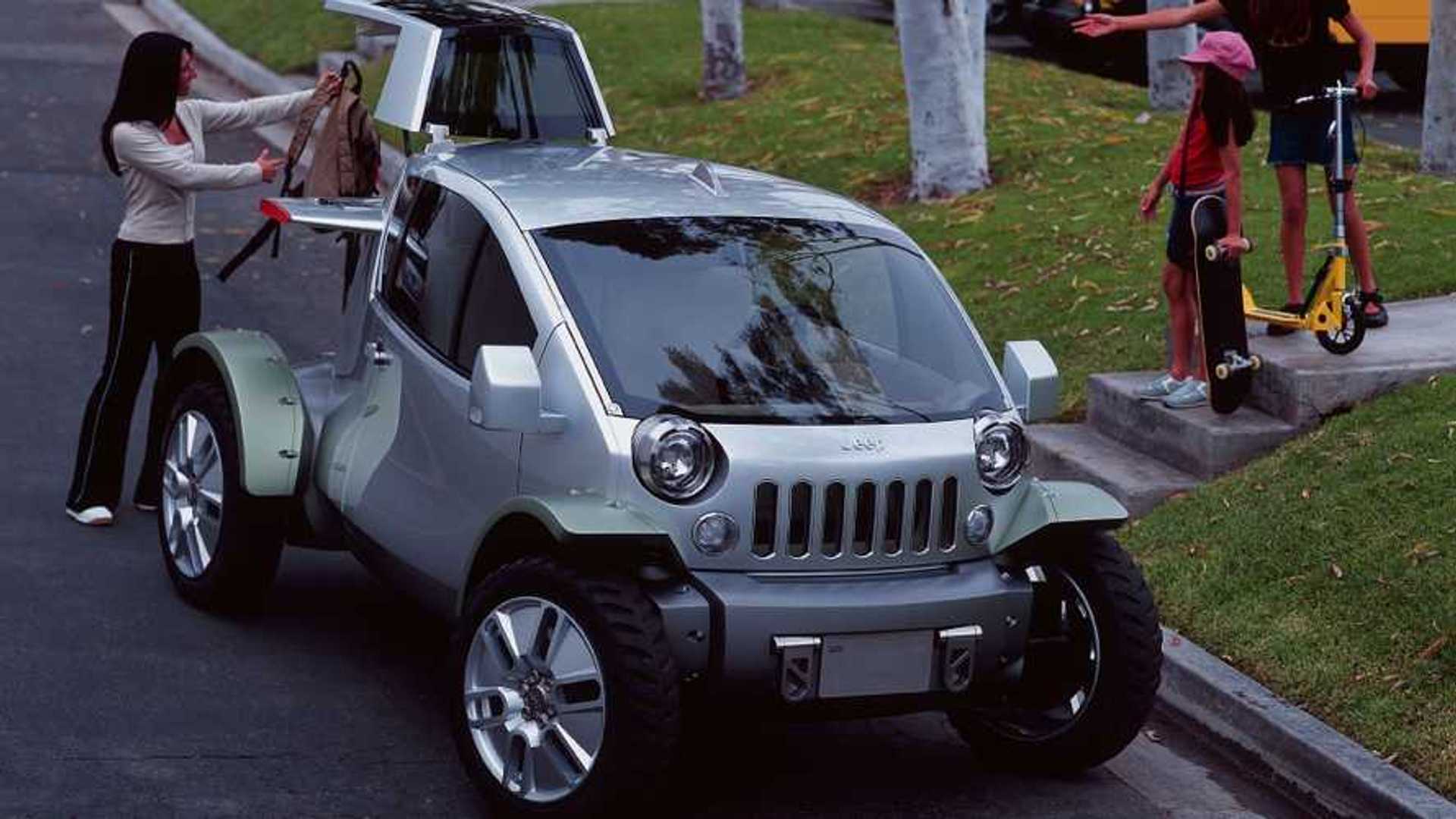