The debut is just days away.

The 2021 Acura TLX debuts on May 28, but the automaker's teaser campaign continues to let out little details about the new model. The sedan will ride on a new platform that will be exclusive to the Acura brand, and it'll have a double-wishbone front suspension. The brand touts the new TLX as "the quickest, best-handling, and most well-appointed sport sedan in Acura history."

Today, a MacPherson strut suspension is far common than a double-wishbone layout. The MacPherson setup is less complex by having fewer joints, but the double-wishbone offers better control of the wheel's camber, caster, and toe angles. In general, double wishbones are the preferred setup for performance-oriented vehicles because they generally result in better handling. Older Acuras also opted for this design like on the 1986-1995 Legend, 1990-2001 Integra, and 1996-2014 TL.

In addition to the standard version of the TLX, Acura will revive the Type S name for a performance version for the sedan. It will use a 3.0-liter turbocharged V6, but the company won't reveal the engine's output yet. The Type S will also come with the Super Handling All-Wheel Drive system. The body will show off the extra power by a trunk lip spoiler, four, circular exhaust outlets, and a diffuser.

Design trademark images indicate that the new TLX looks a whole lot like the Type S concept. There's a long hood that leads to an arching roofline that splits the difference between a traditional sedan and a coupe-like appearance. Leaked photos of the interior show a screen emerging from the top of the dashboard and an angled center stack. On the console, there's a touchpad for controlling the system.

Following the upcoming debut, look for the 2021 TLX to be on sale in the United States before the end of the year. At this time, it's not clear whether the regular version and the Type S arrive on the market at the same time, but Acura should answer this question at the premiere. 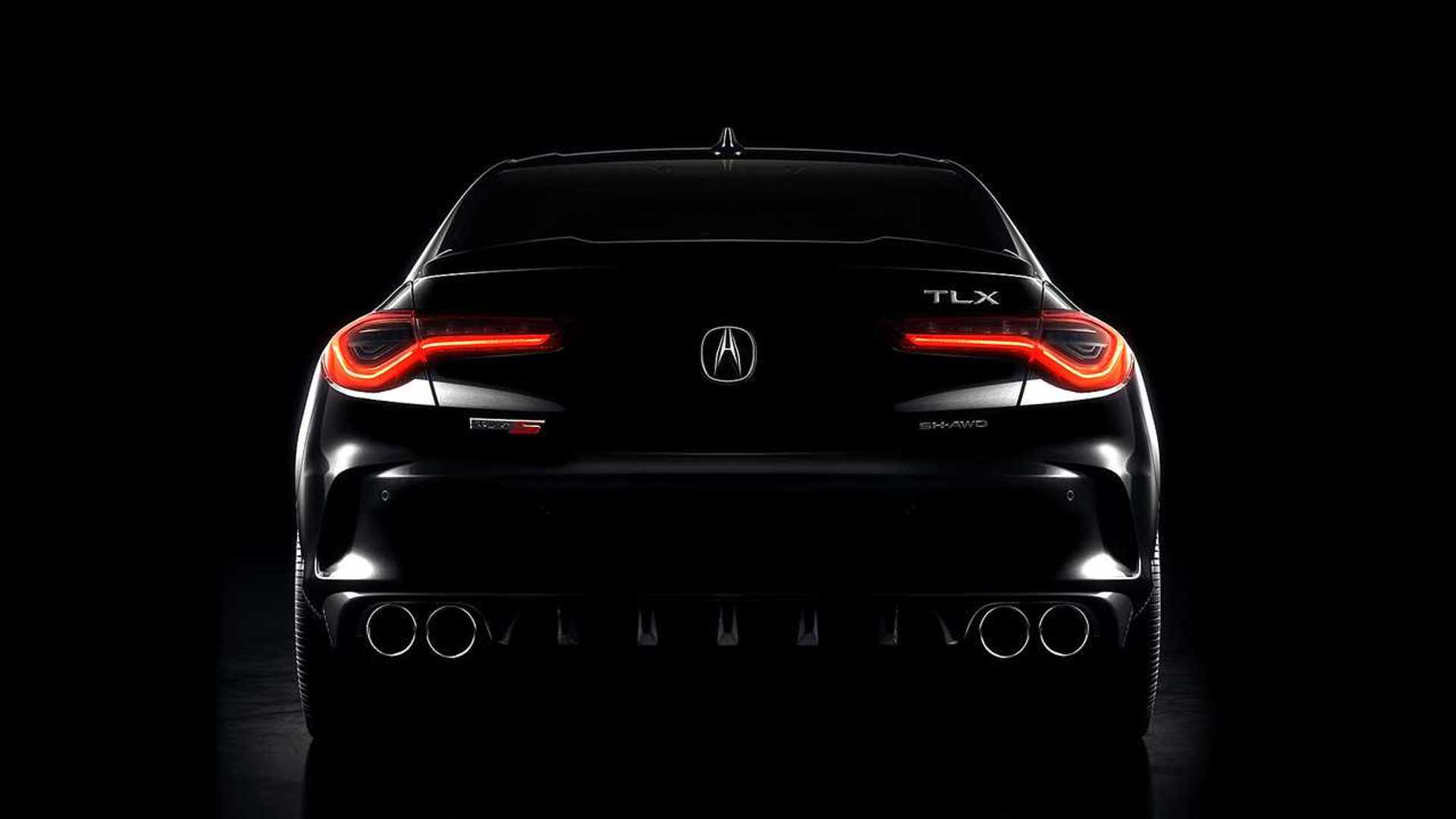