It looks like Ferrari is working to update the Portofino, with a prototype showcasing a few changes having been recently spotted testing in German traffic.

If you're looking for a high-profile automaker that still manages to keep its future products mostly concealed in this everybody-has-a-smartphone era, that would have to be Ferrari. So when we rarely get to see a Maranello test car out in the wild, this is usually covered in heavy cladding. Well, this Portofino is one of the exceptions.

The coupe-cabriolet test car was spotted doing its thing together with a Roma and while we can't be certain of Ferrari's plan for the Porto, it's obvious that a change is in store.

For one, the Portofino has been with us since 2017, which, as far as contemporary go-fast niche segments are concerned, should see the Italian automaker introducing a mid-cycle update by mid-2021.

However, this side of the market has accustomed us with half-new models that also receive a slight designation change and we have to look no further than the Portofino's family tree to understand this.

It was 2008 when Maranello introduced its fourth vehicle line, a front-engined GT with a 2+2 seating layout. 2014 saw the introduction of the California T, which matched the turbo addition with updates on multiple fronts. However, none of the Californias managed to fully meet Ferraristi expectations (here's a review of the original).

And while the Portofino did come to change that, it wasn't until the November 2019 presentation of the Roma coupe that the world became fully pleased with the "entry-level" Prancing Horse.

The most important asset the Roma has over the Portofino comes from its "La Nuova Dolce Vita" (the new sweet life) styling language and it looks like Ferrari is looking to shape the future Portofino facelift/replacement in a similar fashion - the said prototype sports Roma-style headlights, as you'll notice in the image gallery above.

Keep in mind that the said design direction should also cover the cabin, with the interior styling of the Roma having received plenty of praise.

On the tech side, the newcomer should at least see its twin-turbo 3.9-liter V8 jumping from its current 600 hp output to the 620-pony muscle number of the fixed-roof model, while also receiving a gasoline particulate filter to cope with Europe's latest emission standards. On the transmission front, the current vehicle's seven-speed dual-clutch gearbox should be replaced by an eight-speed unit.

Then again, given the electrification transformation Ferrari is currently going through, it wouldn't surprise us to see the newcomer receiving this sort of assistance. 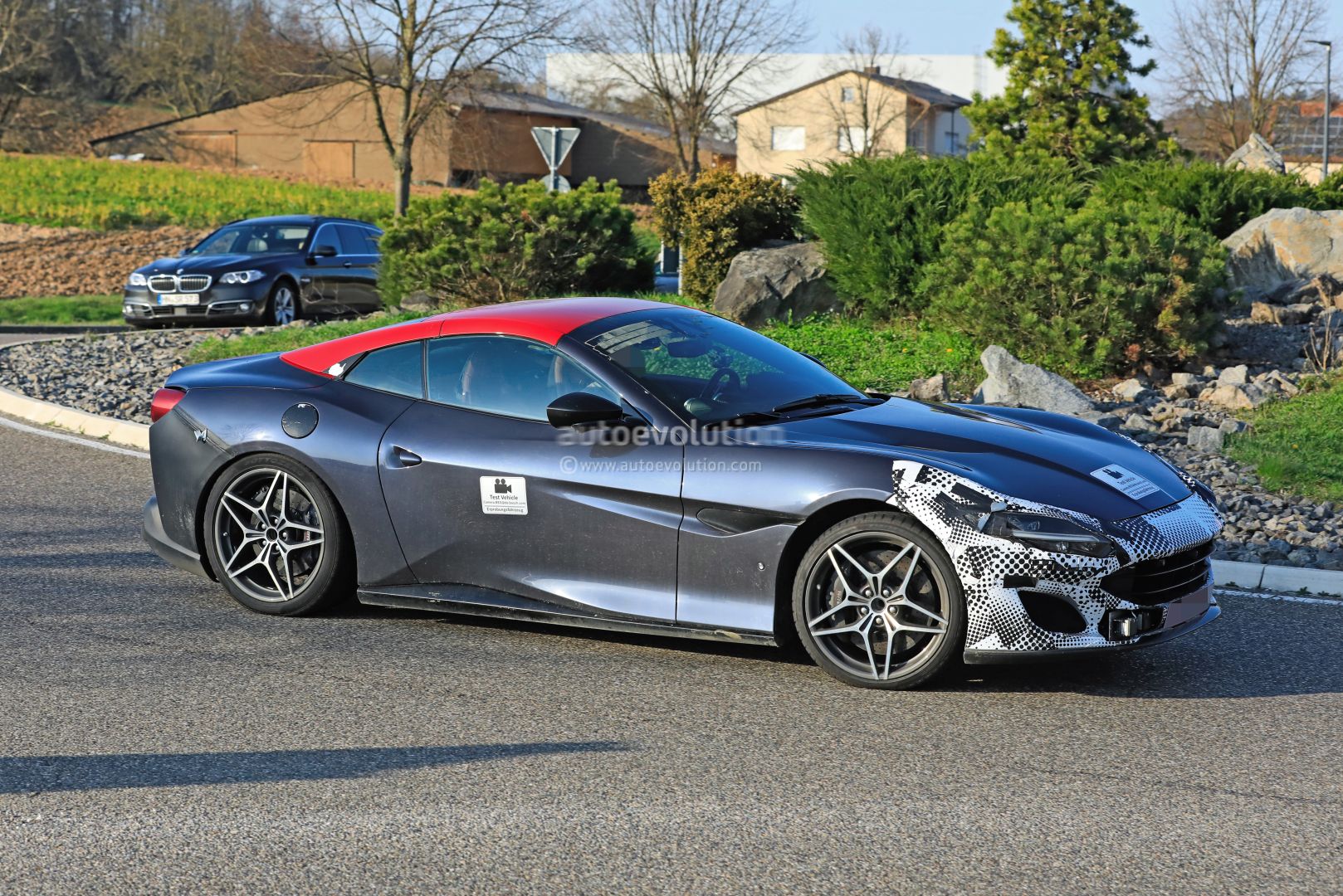