Improved materials and additional technology for the fourth-gen minivan.

In an automotive world dominated by crossovers and SUVs, it's refreshing to see the ol' minivan is still getting some love. Kia's fourth-gen Sedona / Carnival showed its all-new exterior about three weeks ago, and now the time has come to have a look inside the cabin. Much like with the bodywork, the interior has gone through massive changes to signal the company's decision to push the family hauler upmarket.

The Sedona is the latest in a long string of models to adopt a side-by-side screen layout, with a 12.3-inch digital instrument cluster joined by a touchscreen infotainment system of the same size. The wraparound dashboard effect is better executed on the new model to create a cozy atmosphere, while the lower center console hosts touch-sensitive controls for the climate settings.

The chunky gear lever has been replaced by a far sleeker rotary knob that uses shift-by-wire technology, meaning electronic controls do all the work, without the need for a mechanical linkage between the gear shifting lever and the transmission. We're noticing the minivan's dashboard is split into two by what may give the impression of a full-width air vent due to the plastic panels with a chrome strip mimicking the actual four air vents.

Kia has released only one image of the interior, but we do know the new minivan will be offered with seven, nine, or 11 seats in three or four rows. So far, the most popular of them all has been the seven-seat layout, which in the new generation boasts reclining captain's chair with adjustable armrests, backrests, and legrests for second-row occupants. They also have access to USB chargers mounted on the back of the seats, along with storage nets and a storage drawer with a built-in tray.

Details about the oily bits will be disclosed in the coming weeks, prior to a launch in domestic market South Korea scheduled for Q3 2020 ahead of an international rollout. 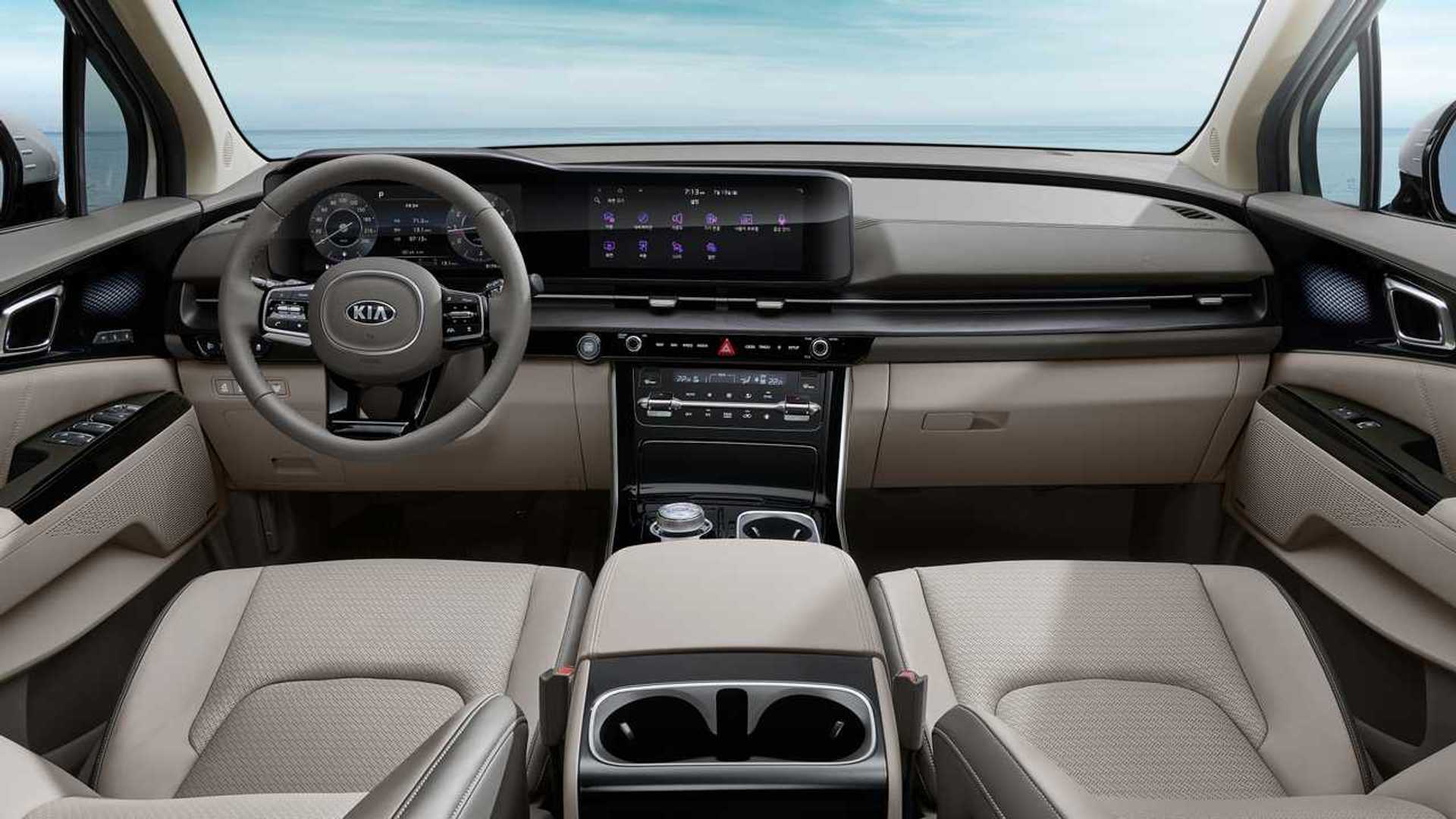