Your thoughts on this?

We all know that a new 2021 Nissan Frontier is coming, and Nissan didn't come up short in providing teasers for its revamped midsize pickup truck in its A-Z video. We've also spied the Frontier while testing back in August so in motoring speak, a debut is imminent.

In fact, the Frontier was scheduled to be revealed back in September of this year but as it turned out, it got delayed due to obvious contagious reasons.

Fret not, as leaked images of the upcoming Frontier has surfaced through a set of photos from FormaCar.com, which you can see below.

There are two Frontiers seen in these photos. The white example is the more traditional one, with thick chrome bezels outlining the new grille and with Frontier spelled out on it. The daytime running lights somehow mimics that of what you see on the Z Proto, albeit squared off and sharper.

At the rear, the new Frontier hearkens to the bigger Nissan Titan with its lamp configuration and shape. Frontier is also spelled out at the bottom of the tailgate, with the example here being an LE 4x4 variant based on the badge.

There's a second Frontier in the leaked images and this one is dressed up like a PRO-4X model. It's pretty much what's you'd expect from a sporty variant: de-chromed, has beefier tires, and comes with a front brush bar.

Take these images with a grain of salt, of course. While we are tempted to believe that these are indeed the production Frontier that's 16 years in the making, let's all practice due diligence and wait for the official launch that's bound to happen sooner or later. 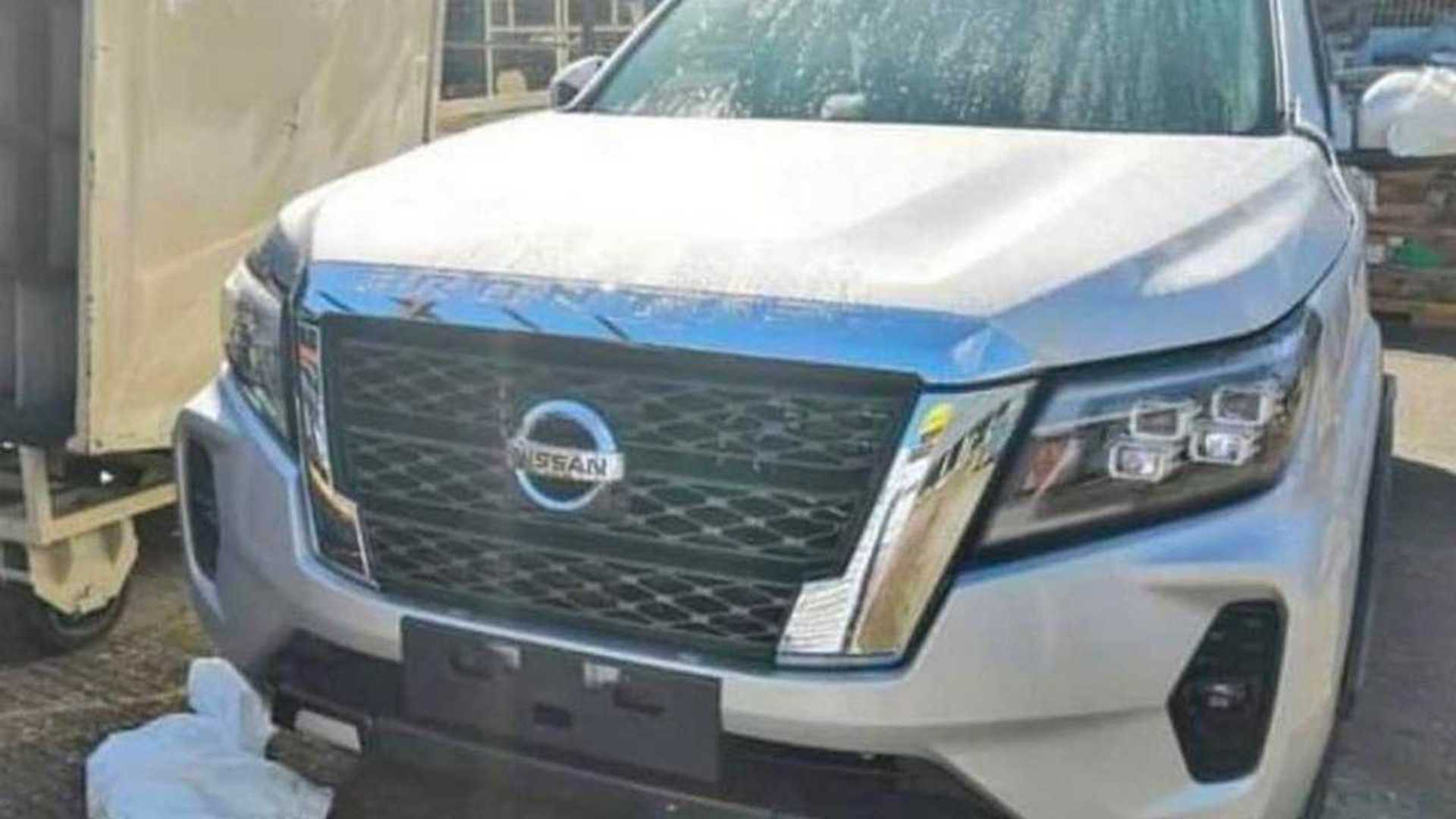