Looking to give your Jeep Wrangler that extra special touch? Look no further than A. Kahn Design, a British styling tuner that's never afraid to go all the way.

A. Kahn Design, formerly known as Project Kahn, is one of the most active aftermarket tuning firms out there today. The British company regularly launches a unique edition of something on a regular basis and they're usually quite impressive. Aside from British favorite Land Rover, the tuner has focused a lot of its attention on the all-American Jeep Wrangler. Not known for keeping things to a minimum, A. Kahn Design doesn't hold anything back when it comes to giving a Wrangler that extra special touch, for a premium price of course.

One of the company's latest projects is called the CJ300 Matte Pearl Platinum Edition. Starting off with a two-door model, the company added, amongst other things, copper-colored brake calipers and xenon crosshair headlamps to the industrial mesh grille and Kahn enamel wing shields. There's also a set of 20-inch Kahn RS alloys. The "bespoke touch" interior features front and rear black leather seats with orange inserts and a carbon-fiber center stripe. There's also a body-color dashboard, orange speed and rev counter, and an orange-wrapped gear shifter. 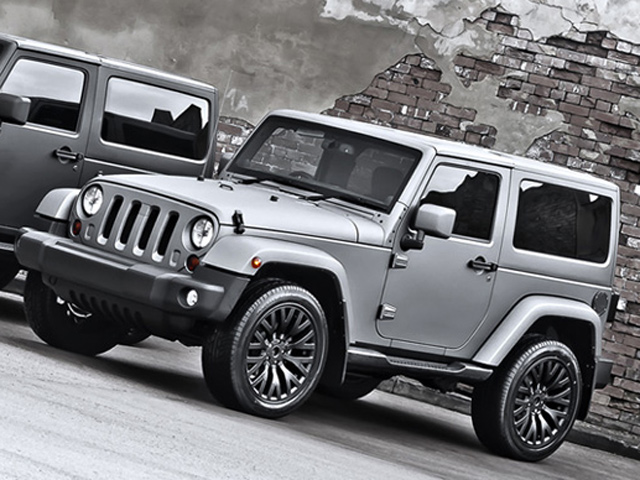 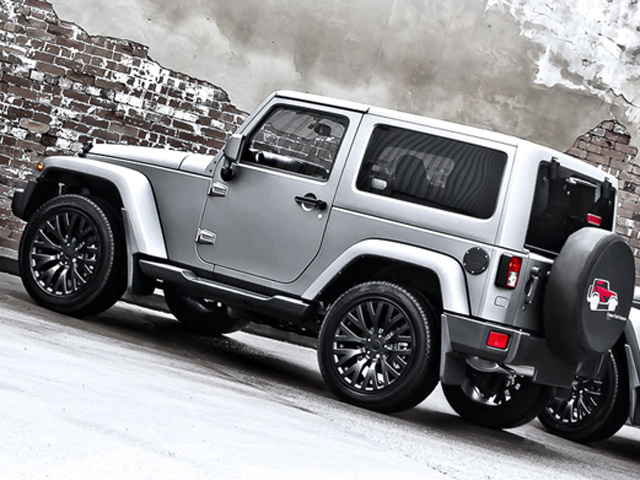 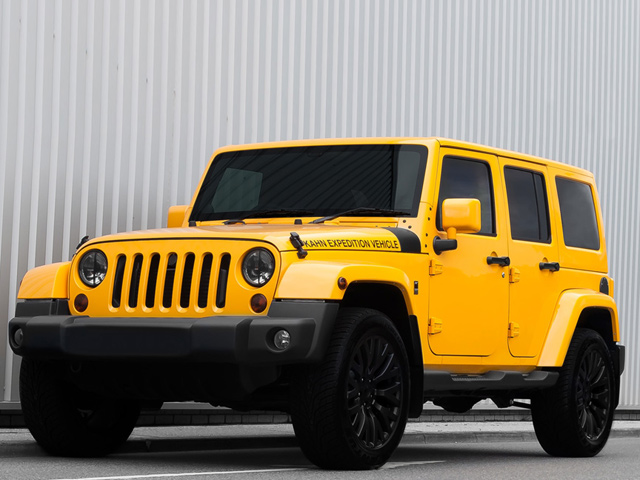 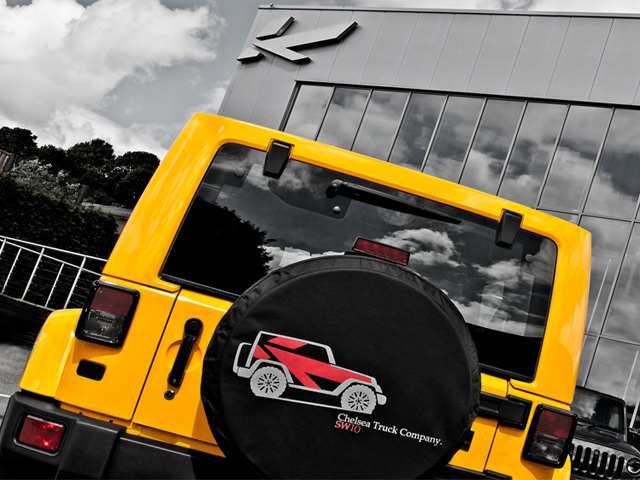 If bright yellow is too eccentric for your tastes, then try this plain as white (or black) Wrangler Chelsea 300. You may have noticed it features a lowered suspension but there's also a split level targa roof. Other exterior add-ons include a Chrysler-approved mesh front grille, copper brake calipers, mud flaps, stainless-steel door sill plates and even privacy glass. The bespoke interior includes heated seats, floor mats and aluminum-machined foot pedals. As a finishing touch, the Jeep rides on a set of 20-inch Kahn RS wheels. 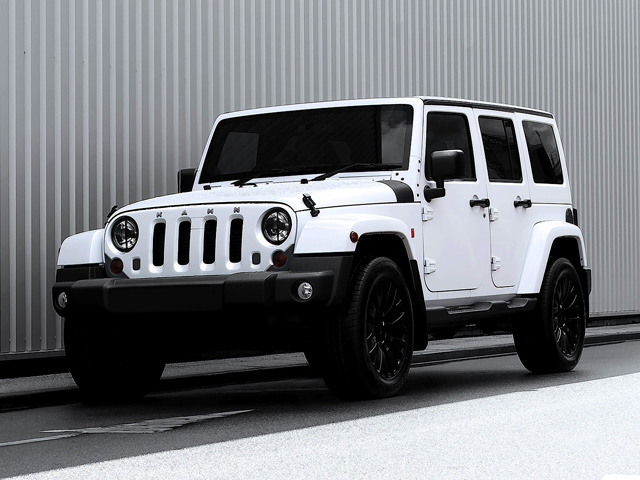 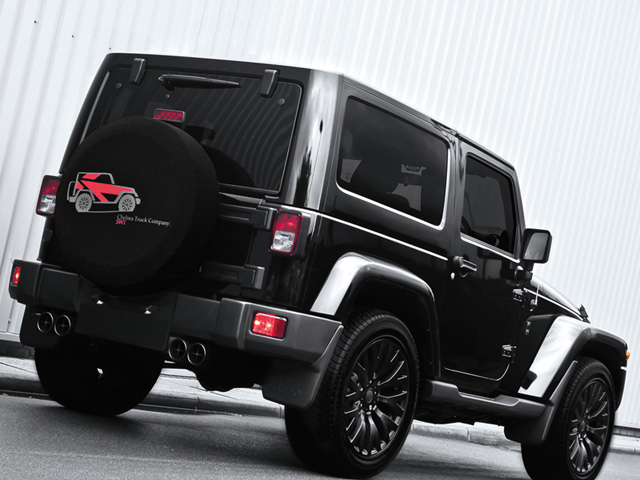 Yes, it's painted copper. Called the Wrangler Military Edition, this striking example features 20-inch alloys and plenty of other familiar A. Kahn Design exterior styling traits. The interior has also been given the proper treatment via front and rear black leather seats with contrasting copper stitching, aluminum door sills and pedals and even a copper-colored center console. Buyers have the choice of left- or right-hand drive as well as a gasoline or diesel engine (side note to Jeep: please build a diesel Wrangler). 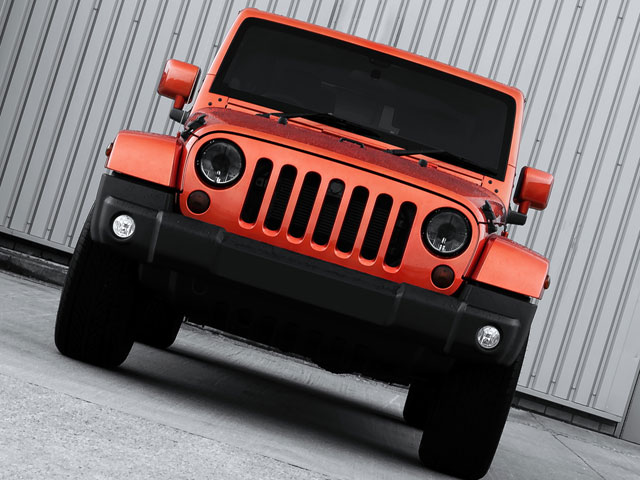 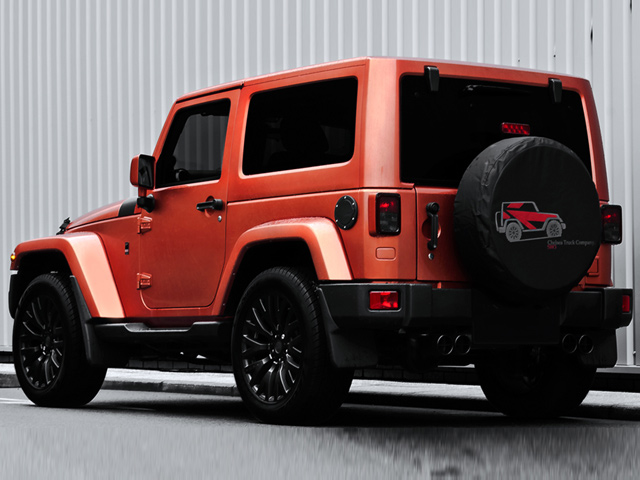 Dubbed the "Kahn Expedition Vehicles", this Wrangler was the first vehicle to be a part of A. Kahn Design's Chelsea and New York-inspired fashion cars. With its targa roof and red perforated leather seats, the Jeep's overall look is definitely a more stylish statement than the typical stock Wrangler. Available with either 18- or 20-inch matte black RS wheels, buyers can choose between diesel and gasoline engines as well as a number of other bespoke features. At the time of its debut, Kahn himself said that this was only the beginning of future Jeeps and trucks. Judging by all of the previous Wranglers in this feature, the man was surely right. 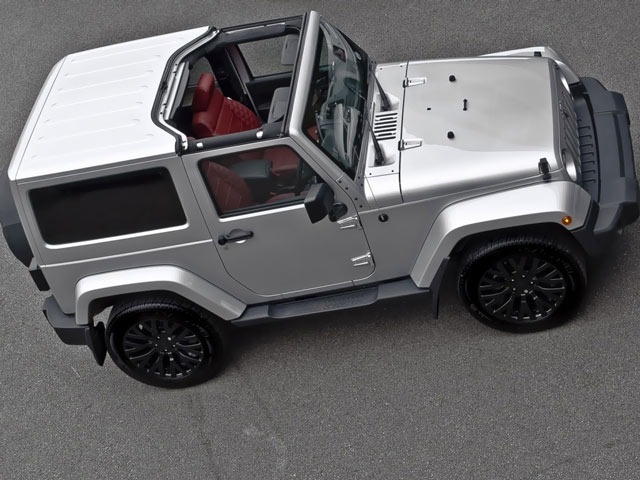 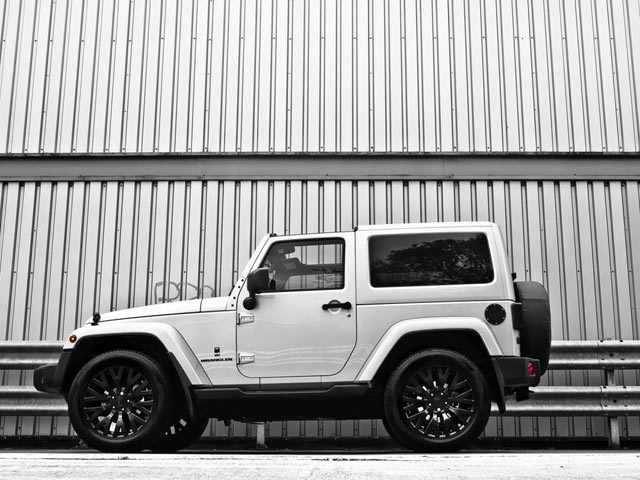