The most instantly recognizable armored car in the world has a more complicated history than most people realize.

It was in 2002 that Pope John Paul II asked that we all stop calling the papal vehicle the popemobile, but since Benedict XVI hasn't weighed in on the subject and we were never really going to stop anyway, that's the name we'll stick with for this article. Quite a few different vehicles have served as papal transport, and not all of these have been armored, even today. But in recent years, there has been a certain amount of standardization. Several manufacturers have taken on the task of the making special vehicles for the pope. 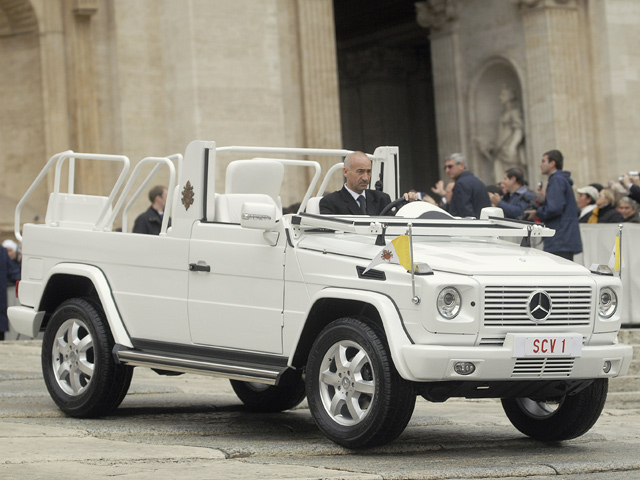 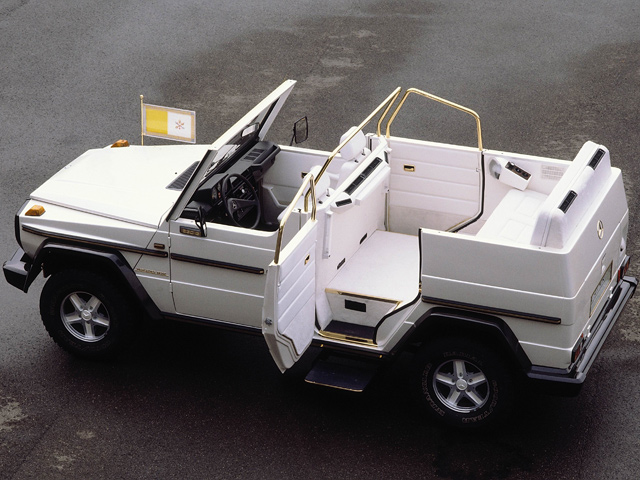 However, Mercedes-Benz has, by a huge margin, built the most. All manner of transportation had been used in the past, but the Holy See didn't receive a car built specifically for papal duty until 1930. This car was a Mercedes-Benz 460 Nurburg. This model was actually the first Mercedes to come with optional factory armoring, starting in 1928, but interestingly, the pope's 460 didn't have it. The extent of the modifications for the 460 was basically just to replace the rear seats with a throne, and armoring wouldn't be a feature of popemobiles until 1982. The Vatican kept this first popemobile for 30 years, the longest of any popemobile by far. Then, starting in 1960, there was a huge increase in the number of vehicles made especially for the pope. Some of these were delivered to the Vatican to be used whenever they pleased, and some were built specially for specific visits to specific countries. This practice has largely stopped in recent years, but it was once used as a point of national pride to be able to present the pope with a locally-built car made especially for his use. The first of these was a 1964 Lincoln Continental Lehmann-Peterson with a Landaulet-style roof that allowed the rear-mounted throne to be elevated, thus giving crowds a better view. 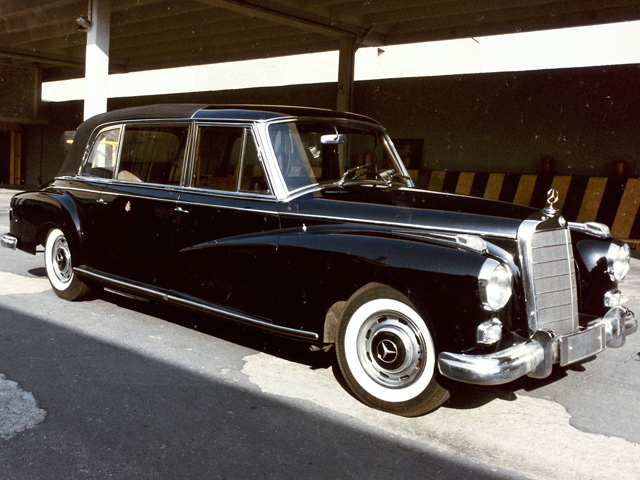 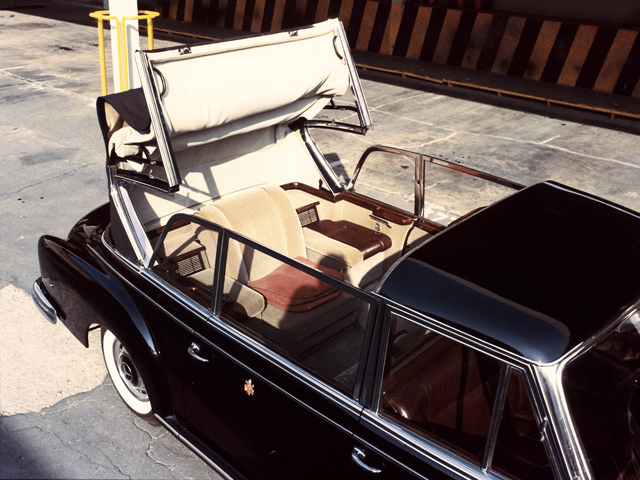 This was built specifically for a visit to New York City and was the first of several papal vehicles from American manufacturers. Things would start getting weird in 1979. For the first time any pope had ever visited Ireland, a Ford Transit with what appeared to be a greenhouse on the back served as transportation. For a visit to his native Poland, John Paul II would ride a FSC Star, essentially a fire truck, which was heavily converted for him. But much of this weirdness would end shortly after that. In the late Seventies and early Eighties, Turkey was in turmoil, and in 1981, that turmoil would spill over the boarders.Turkish national Mehmet Ali Agca, a member of the Turkish ultranationalist group the Grey Wolves, would shoot John Paul II four times in a failed assassination attempt. Following the assassination attempt, the first bulletproof popemobile was delivered in 1982. A modified Land Rover, this vehicle was the first to feature the throne encased in bulletproof glass in the back which the majority of popemobiles have since used as the model for their design. There have been a locally-made popemobiles since, including the fairly unimpressive GMC Sierra used for a trip to Canada in 1984, and the entire bus converted for papal use in Mexico in 1999. 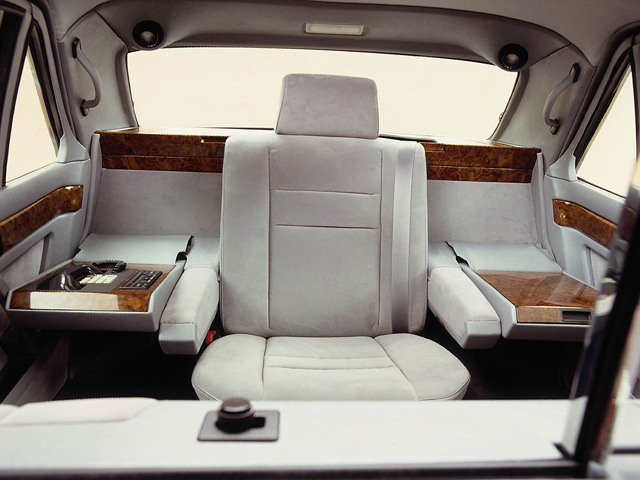 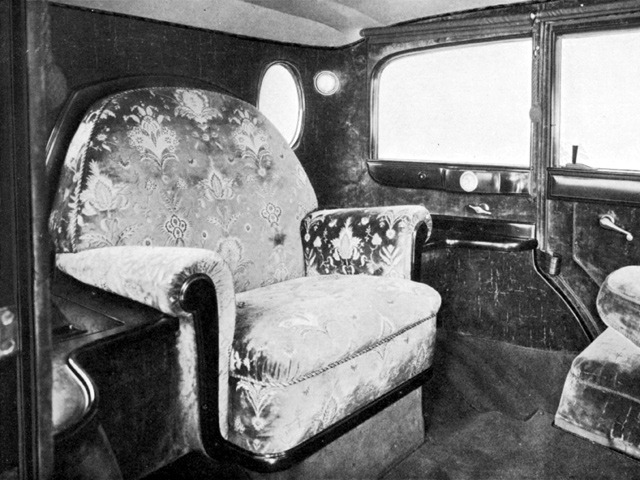 But probably the most impressive was in 1982, when a Leyland 24-ton truck was used for a visit to Scotland, featuring what appeared to be an entire living room encased in bulletproof glass. There are currently just two basic popemobile styles. There is an open-top unarmored vehicle which the pope uses for puttering around Saint Peter's Square in Vatican City, formerly a Fiat, this is now a Mercedes-Benz G-Class. The other type is the more famous, the bulletproof popemobile built on a Mercedes-Benz M-Class. The cost for one of these is about $300,000 and although the design is notably different, the popemobile's price tag is roughly the same as that of the vehicles used by any number of world leaders. 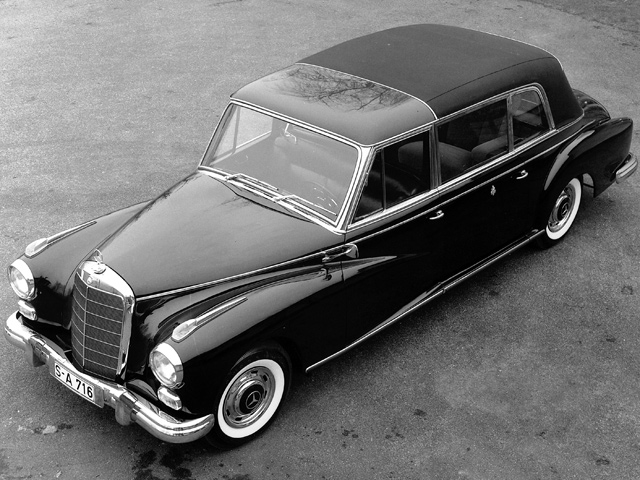 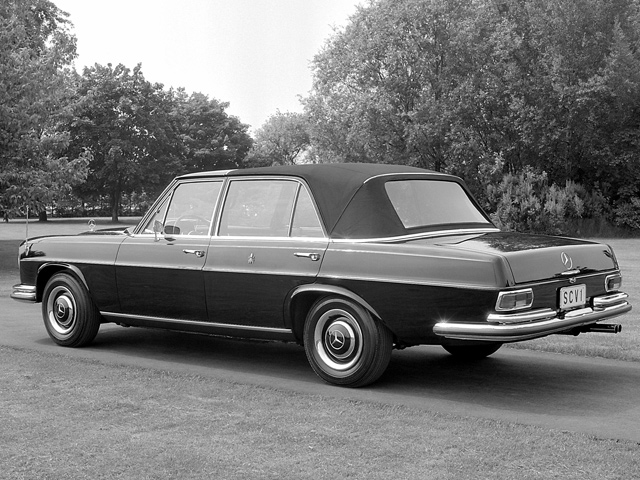 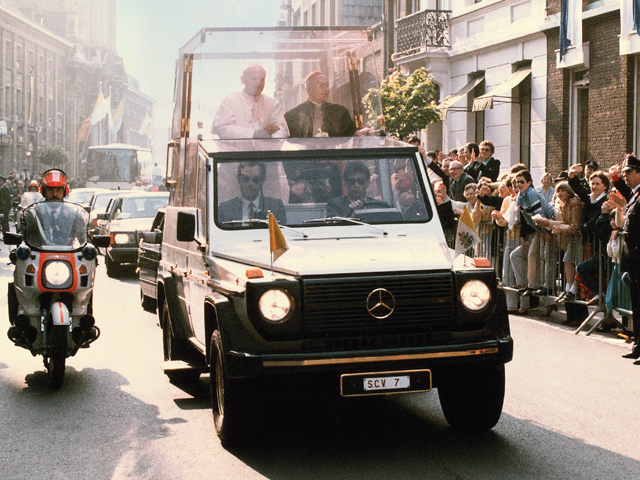 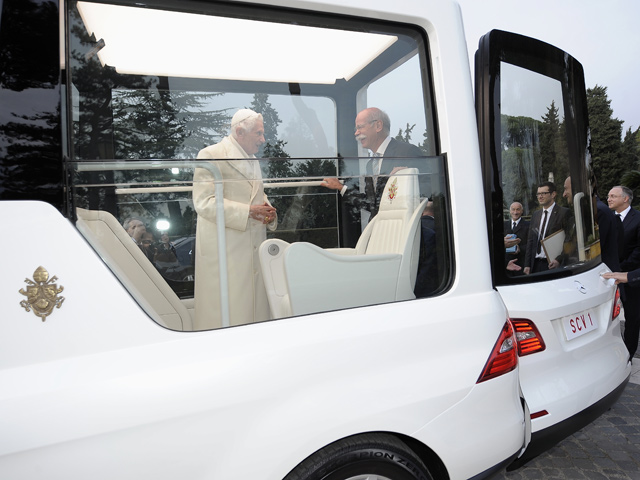