It's been decades since people figured out you can use a car's driven wheels for so many other things that generating movement for the said vehicle.

The only trouble is that the process is dangerous and usually inefficient. So a group of youngsters who apparently live in Massachusets decided this had to be tried out while using a Mazda Miata.

As with pretty much any Mazda MX-5 that isn't the range-topping model of the current ND generation, the little roadster does feel underpowered at times. Thus, its drivers are usually deprived of performing shenanigans such as burnouts or donuts, at least in the dry.

Well, the said gear heads came up with a solution. They threw a pair of 55-gallon drums onto the rear tires of this NB-generation Miata, so they could break traction at will.

Of course, the process took a bit of "science", since the NA Miata wheels they had used didn't clear the brake calipers of the host. As such, the latter were shut using pieces of wood and the handbrake, while strapping them to the rear suspension with the help of zip ties made sure the new wheel-tire-barrel combo could be welcomed onto the rear axle.

Is it okay that the gang did all sorts of shenanigans on the road? Of course not, so here's to hoping they find a safer playground (PVC drifting, anybody?) for the next adventures - no, mom, this isn't just a phase...

Now, let's say you happen to be in a hurry. Well, in this case, the Instagram post below, which sticks to the basics of doing a burnout when your rear tires are 55-gallon drums, will do the trick.

If, however, you're willing to see the... engineering behind the adventure, you'll have to head over to the YouTube clip at the bottom of the story. 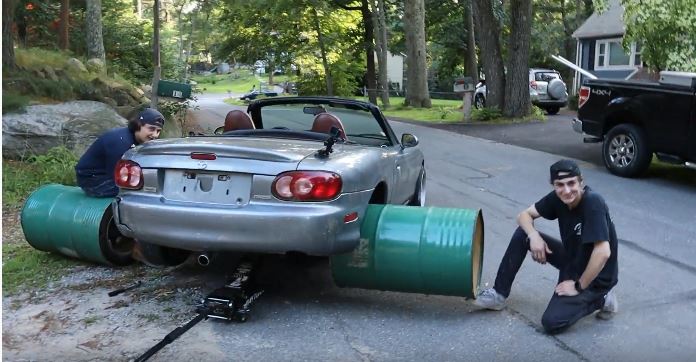 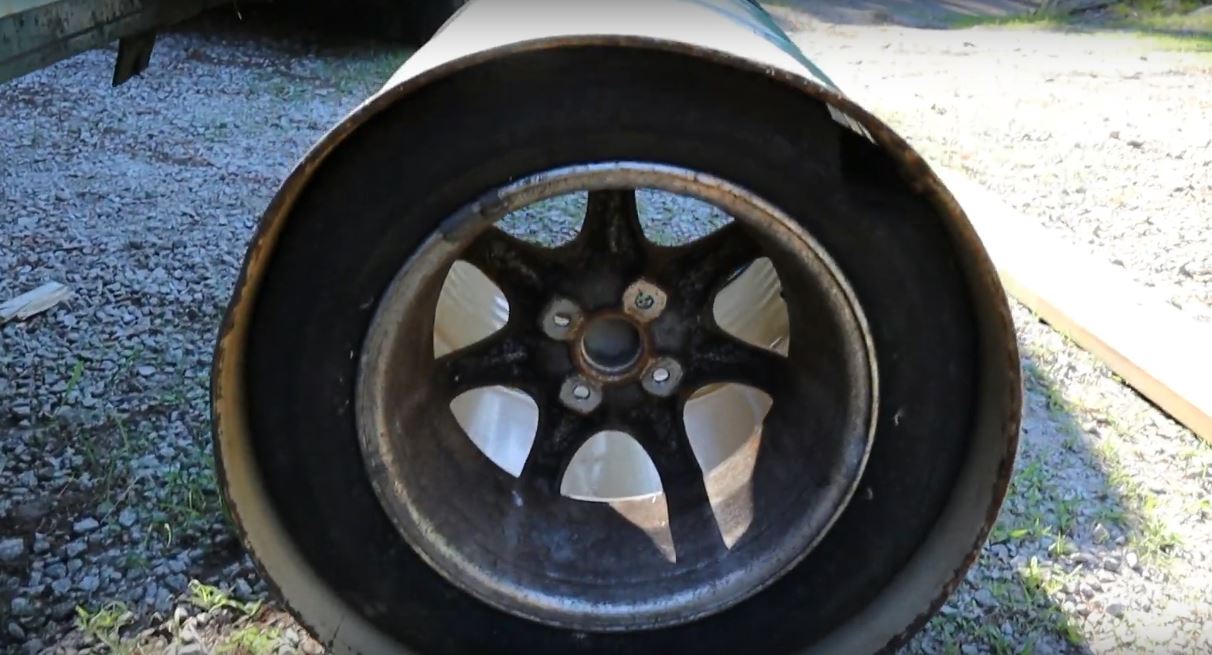