Believe It or Not, This Build Once Was a Suzuki GSXR 1000 RR What can a Suzuki GSXR 1000 RR superbike can be turned into when given to the right builder?

There's only one answer to this question, and that is the Rooke Custom National Guard Scarlett.

If by chance a decade ago you were a big motorsport fan, then you might have caught a glimpse of a strangely-shaped three-wheeler touring the country as part of the Jordan Suzuki Superbike team. Then you might know that indeed what hides beneath this build was at some point a Suzuki.

The bike has been transformed by the talented mind and hands of Jesse Rooke, one of the most promising custom bike builders in ages. The same mind and hands that gave the world other extraordinary builds, like the Dinah chopper, for instance.

Just like with the Dinah, Rooke enlisted the help of Foddrill Fabrications to handle the work needed on the chassis and body of the bike, to turn it into what you can see in the gallery above.

Once the project – asked for by the National Guard, Jordan Suzuki Superbike team's sponsor – got underway, Rooke decided to keep as many parts of the original bike as possible. He managed to squeeze into this contraption the original engine, ignition, instruments, clutch lever, swingarm, cooling system, fuel pump, and wiring harness.

All that was hidden under a body that resembles anything but a motorcycle. When the build was finished and brought in front of the people who ordered it, the reactions were mixed. National Guard representatives are quoted as saying "this not what we expected," and continued to look at it in confusion.

They decided to give it a go though, and brought the model to Daytona, where the Scarlett – named so in honor of Rooke's daughter – made quite an impression with the crowds. So much so, that the three-wheeler went on tour, to be displayed at a great deal of events.

Last weekend, the 2011 National Guard Scarlett got sold during the Mecum motorcycle auction in Las Vegas, despite not being fit for public road use. 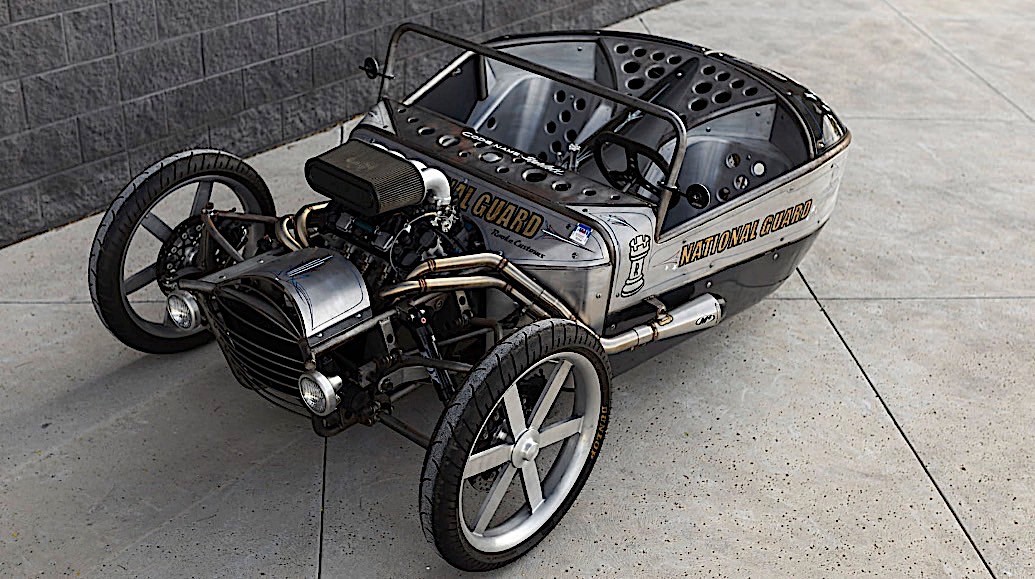 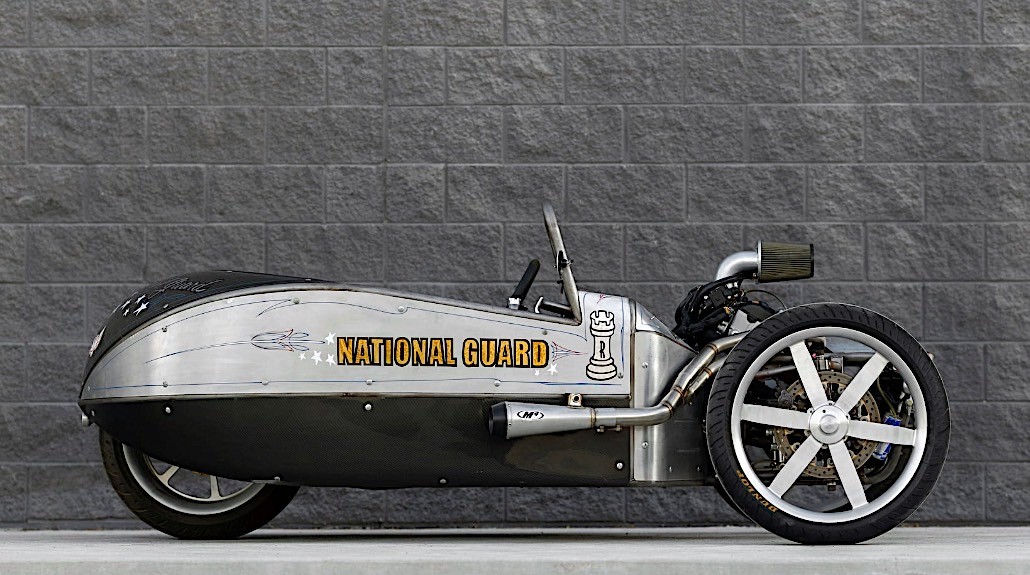 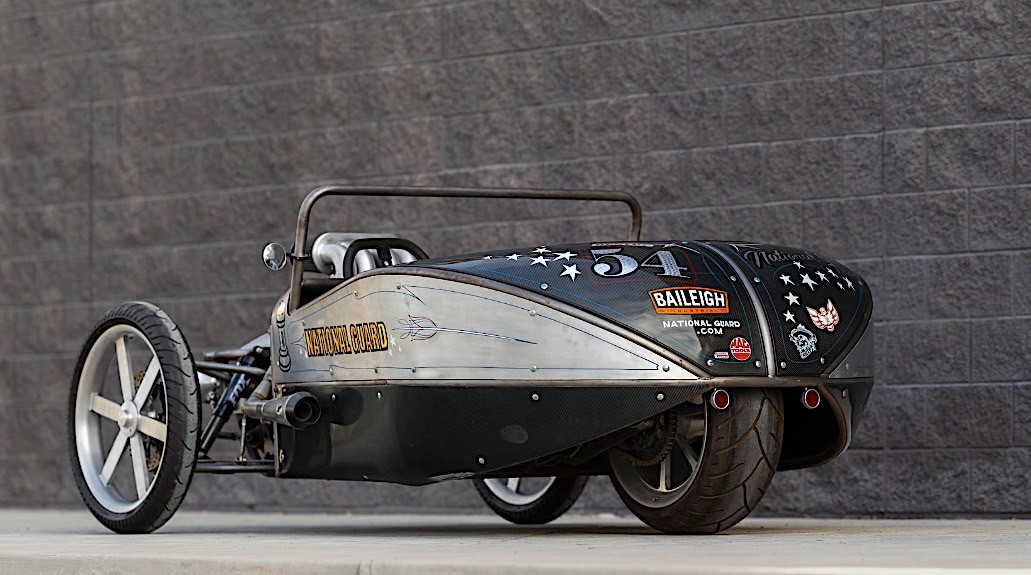 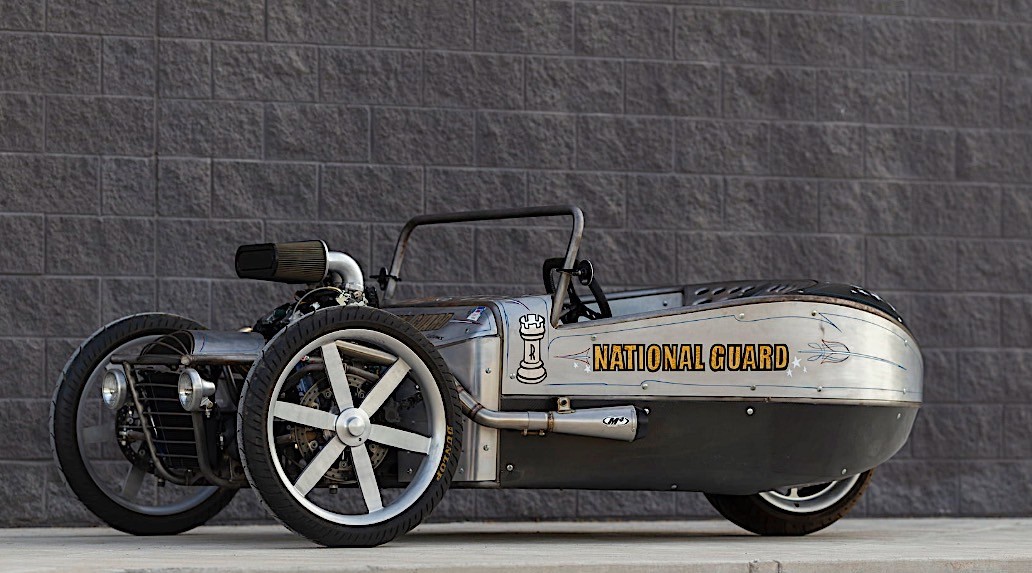 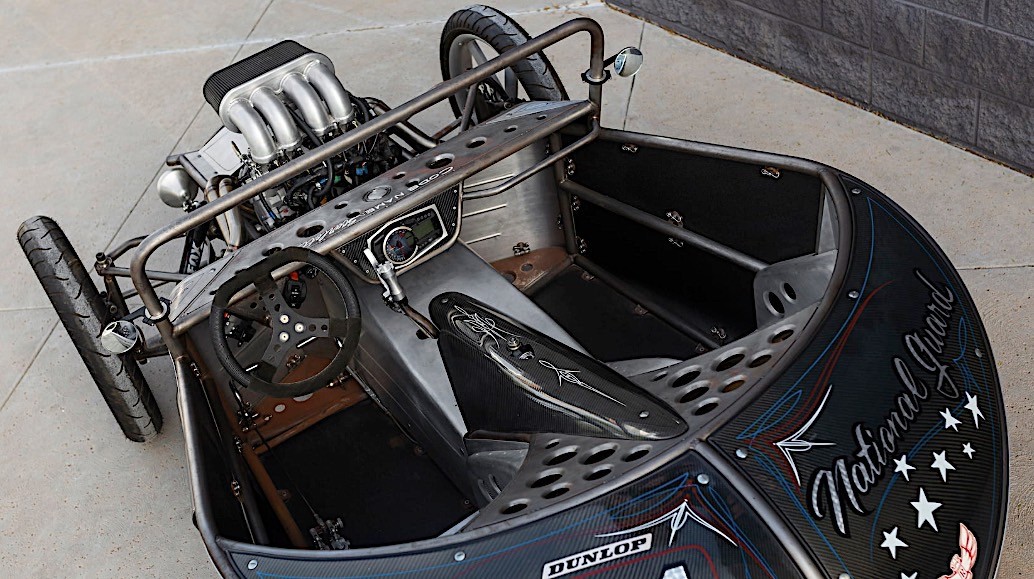 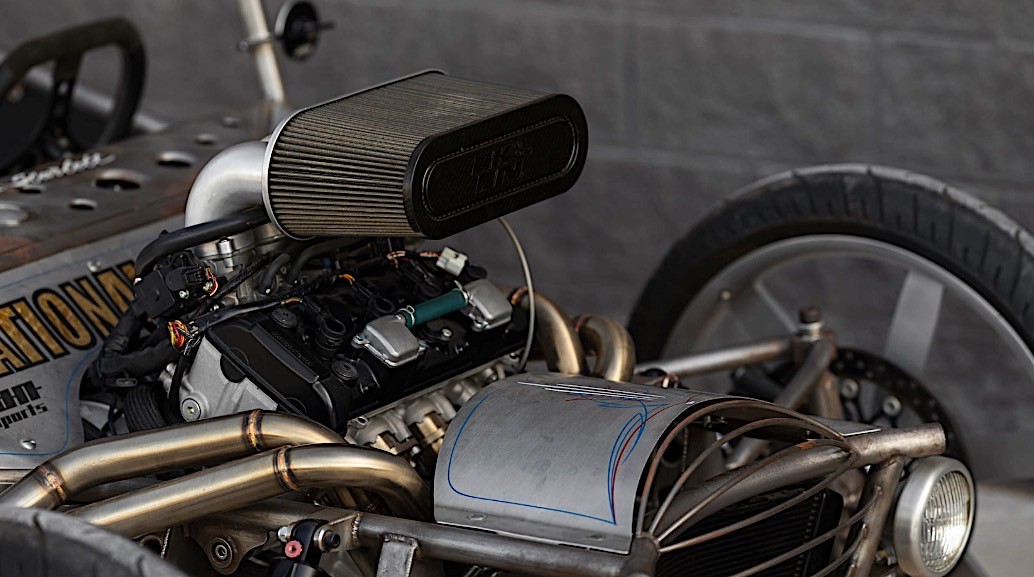 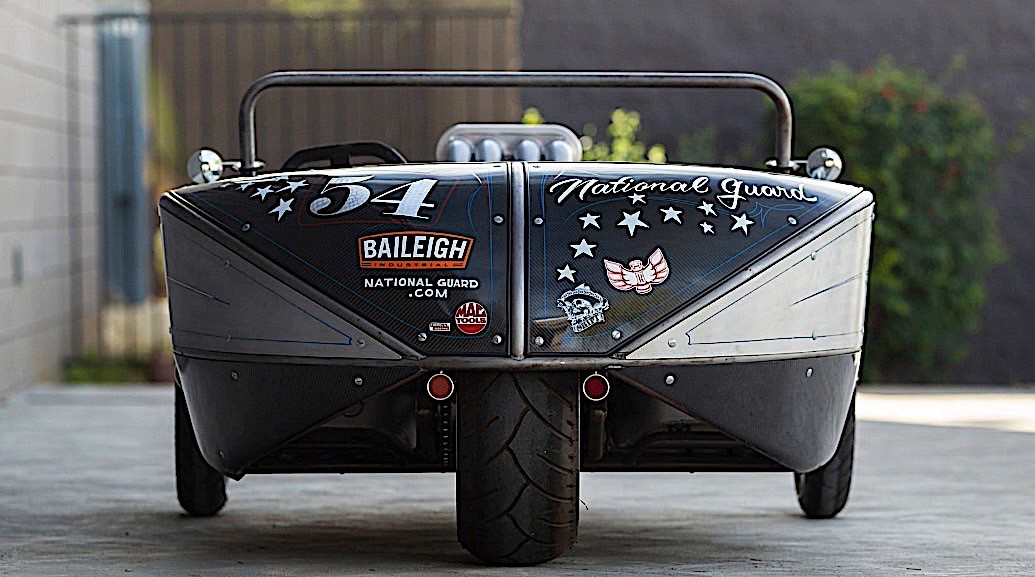 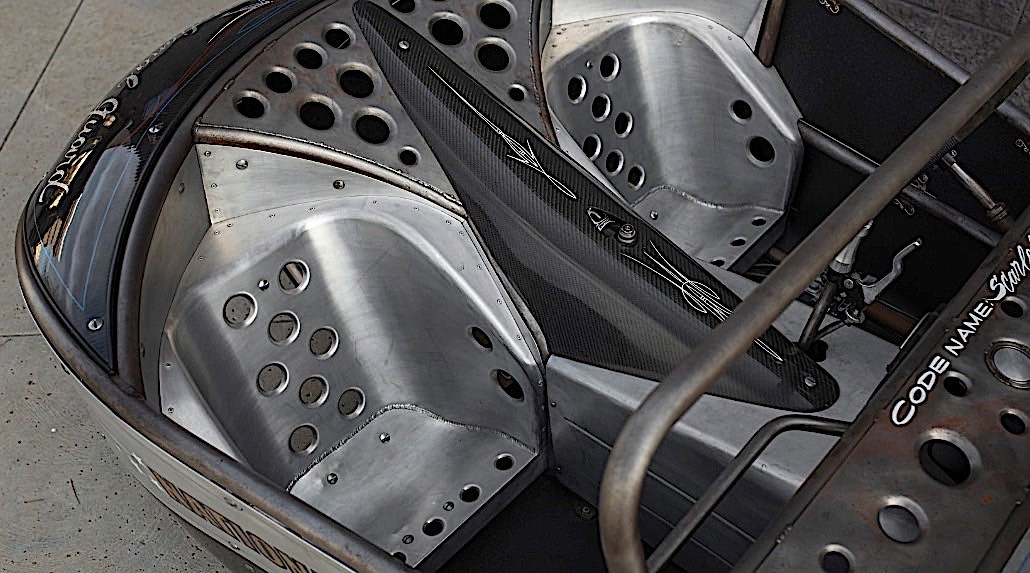