bmwBMW X2cabriopickuprendering
Would you fancy an open-top X2?

BMW's new X2 small SUV is a healthy mix of style and substance, aimed at a younger generation of buyers. Equipped with a standard 2.0-liter four-cylinder engine producing 258 horsepower (192 kilowatts) and 258 pound-feet (349 Newton-meters) of torque, it's powerful too. But while the standard X2 will be limited to just one variation, one artist thinks that the Bavarian automaker needs to expand its horizons.

X-Tomi Design, a rendering artist that we've feature previously on the site, has created a triage of unique BMW X2 variants. First up is the X2 pickup. Considering Mercedes-Benz recently unveiled its new X-Class, a BMW pickup doesn't seem out of the realm of possibility. This X2 based offering looks surprisingly sharp, while still retaining many of its signature BMW cues.

Second up is an X2 Cabrio. Though it may seem silly, American buyers have seemingly grown fond of luxurious convertible SUVs, at least marginally. Land Rover has just killed off its Evoque Coupe in the U.S. due to slow sales, while its convertible option lives on for another year. A cheaper X2 Cabrio could potentially have some success.

But if neither the X2 Pickup nor the X2 Cabrio are your particular cup of tea, you could always opt for the no-nonsense base model (hypothetically). Gone are all the frilly bits – including the painted front fender, the shiny 19-inch wheels, and the stylized side fenders. Instead buyers would be able to pick up the new SUV for cheap, and customize according to their own particular tastes. It's an interesting idea.

For now, neither of the three options here will be offered in the BMW lineup, sadly. Instead buyers will have to make do with the standard X2, which comes with the aforementioned 2.0-liter turbocharged engine. The company has yet to list a price, but the new X2 goes on sale early in 2018. 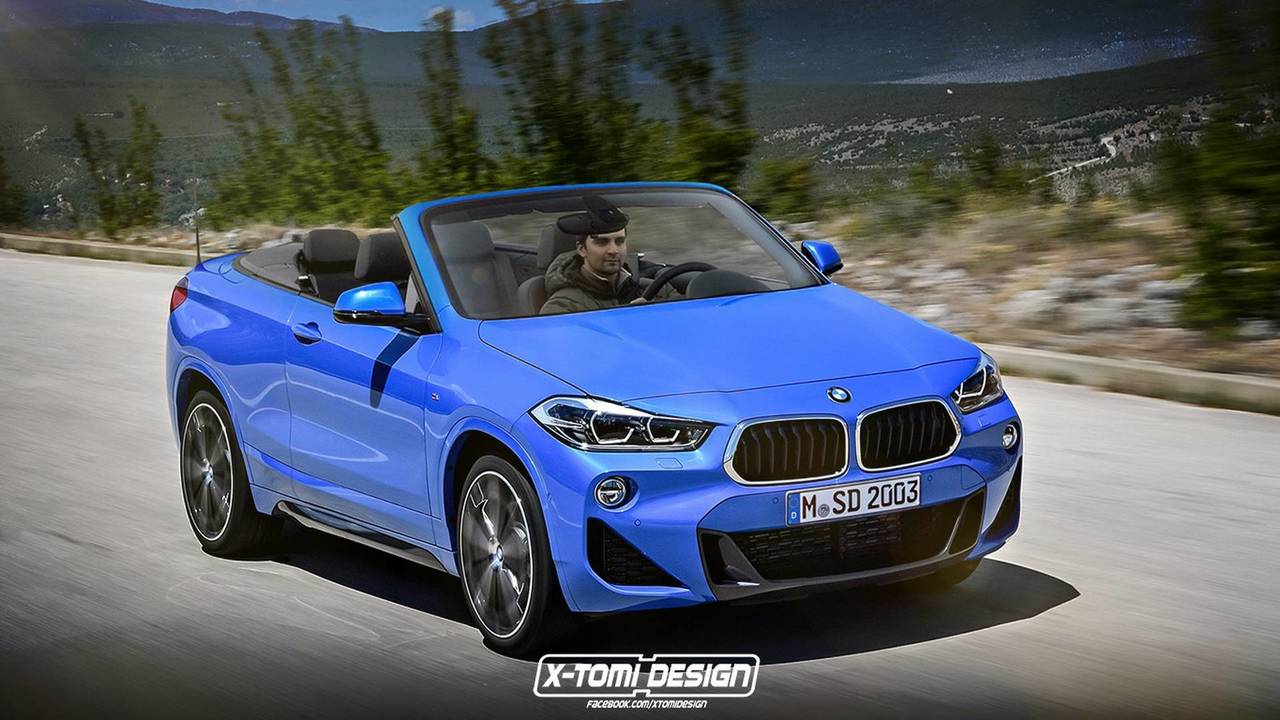