Another company joins the pickup party

The wave of electric pickup trucks is about to break, Reuters reporting that eight battery-powered pickups will be on the market by 2021 from Atlis, Bollinger, Ford, GM, Hercules, Rivian, Tesla, and Lordstown/Workhorse. Reuters forgot one, a small company called Neuron EV founded in 2017 with headquarters in California and "subsidiary companies and partners in California and Asia Pacific Region." Neuron just showed its two most advanced prototypes for the first time at the China International Import Expo (CIIE) in Shanghai, the T.One pickup and the TORQ semi. Company reps said they chose China to debut because that's the largest market for EVs, and CIIE is the world's largest trade expo.

We know almost nothing about the privately held company nor the products, save generalities; a Q&A in China dug up almost nothing but boilerplate and jargon. Neuron says it's working to build "practical and desirable electric utility vehicles ... that offer more value," which would given Neuron a brief more akin to Workhorse and Bollinger. No one would answer questions about specs, answering instead that "vehicle performance is determined by usability," and "product quality is measured by ease of use, comfort, reliability, safety, and sustainability." The brand says that over the next five years, "Our plan is to continuously build upon the depth of our authenticity as we fulfill major needs in the electric vehicle market," and its target customers are "young professionals between 30 and 50 ... who use technology to lead dynamic yet balanced lifestyles." OK then. Straight from the tech startup press release bootcamp.

What we do know is that Neuron's products are built on a skateboard chassis. But based on the two canisters laying across the width of the platform, we're going to say Neuron's working on a hydrogen fuel cell powertrain, but it's been called a "multi-source propulsion system" with replaceable reserve power. Above that, modular bodies and attachments make the T.One an "all-in-one multipurpose vehicle," from a chassis-cab with a fifth wheel to a pickup to a van.

It all looks good on paper, at least. The Neuron pickup and semi go on display at the Hongqiao Import Commodity Exhibition and Trading Center next month, after which we'll wait for them to swing by America for a closer look and some meatier answers. 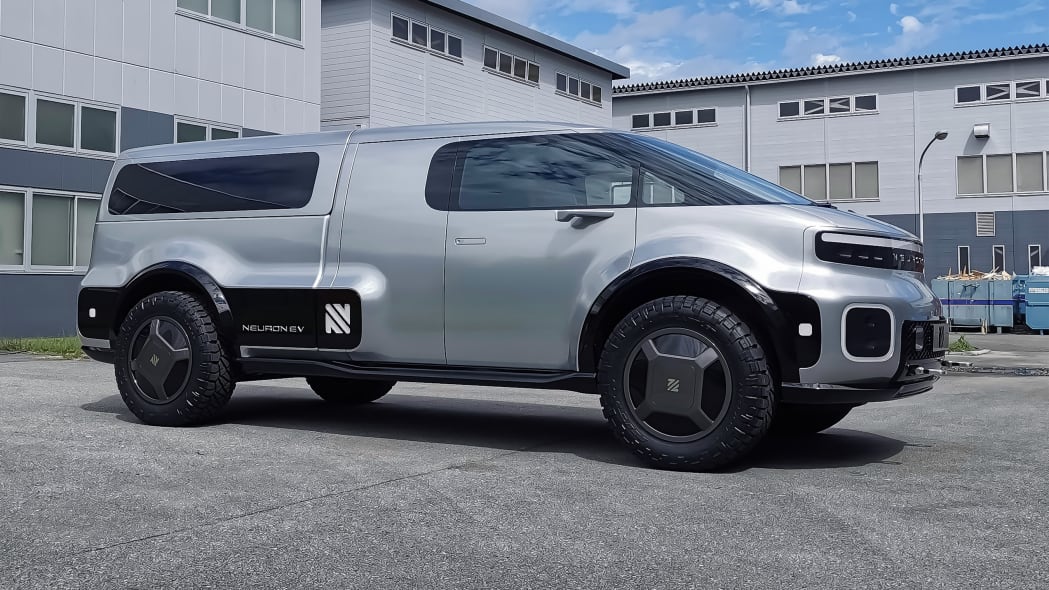 Newest Truck Designs Are Interesting, But Should Buyers Skip Them?20 Décembre 2012
Which is More Fuel Efficient, Driving with a Pickup's Tailgate Up or Down?27 Août 2014
Imagine a 425 Horsepower BMW M4 Pickup21 Octobre 2014
Hyundai HCD-15 Santa Cruz Might be the Compact Pickup We've Been Waiting for13 Janvier 2015
Why Introducing A New Wrangler-Based Truck Makes Absolute Sense For Jeep17 Mars 2015