With 200 horsepower driving a 1,300-pound speedster, there's plenty of performance in this little machine.

A Porsche 550 Spyder is special enough, but this custom-built replica goes further by relocating the driver to the center of the cockpit. In addition, there's a vibrant, orange cabin and gold-finished powertrain components.

Don't worry about an actual 550 Spyder going under the knife for this creation. It's a custom version of Vintage Motorcars' replica with the necessary modifications for putting the driver in the center. This requires revising the pedal box, which then necessitates tweaks to the front-mounted fuel tank to get everything to fit.

The exterior wears a shade of brown out of Toyota's color palette. The custom wheels are in the style of the classic Fuchs design, but these have a somewhat concave layout to create a more modern appearance.

The builders used nine hides of orange leather to upholster the interior, luggage space, and the embossed underside of the front cargo cover. The rest features a matching shade of plaid cloth. Little touches include "Selfish," the name of this build, in a similar font as the original "Spyder" emblem.

The rear clamshell covering the engine has a power-assisted opening, which seems more for style than function for the relatively lightweight fiberglass panel. Power comes from a Volkswagen Type 4 engine, but this version of the flat-four engine displaces 2.6-liters, which is far more than any stock version. It makes an estimated 200 horsepower (149 kilowatts), and the video suggests this setup provides plenty of power in a vehicle that only weighs around 1300 pounds (590 kilograms).

According to the builder, this car has a sibling. It's also single-seater Porsche 550 replica, but rather than the VW Type 4 engine, a turbocharged Subaru boxer engine provides the propulsion. 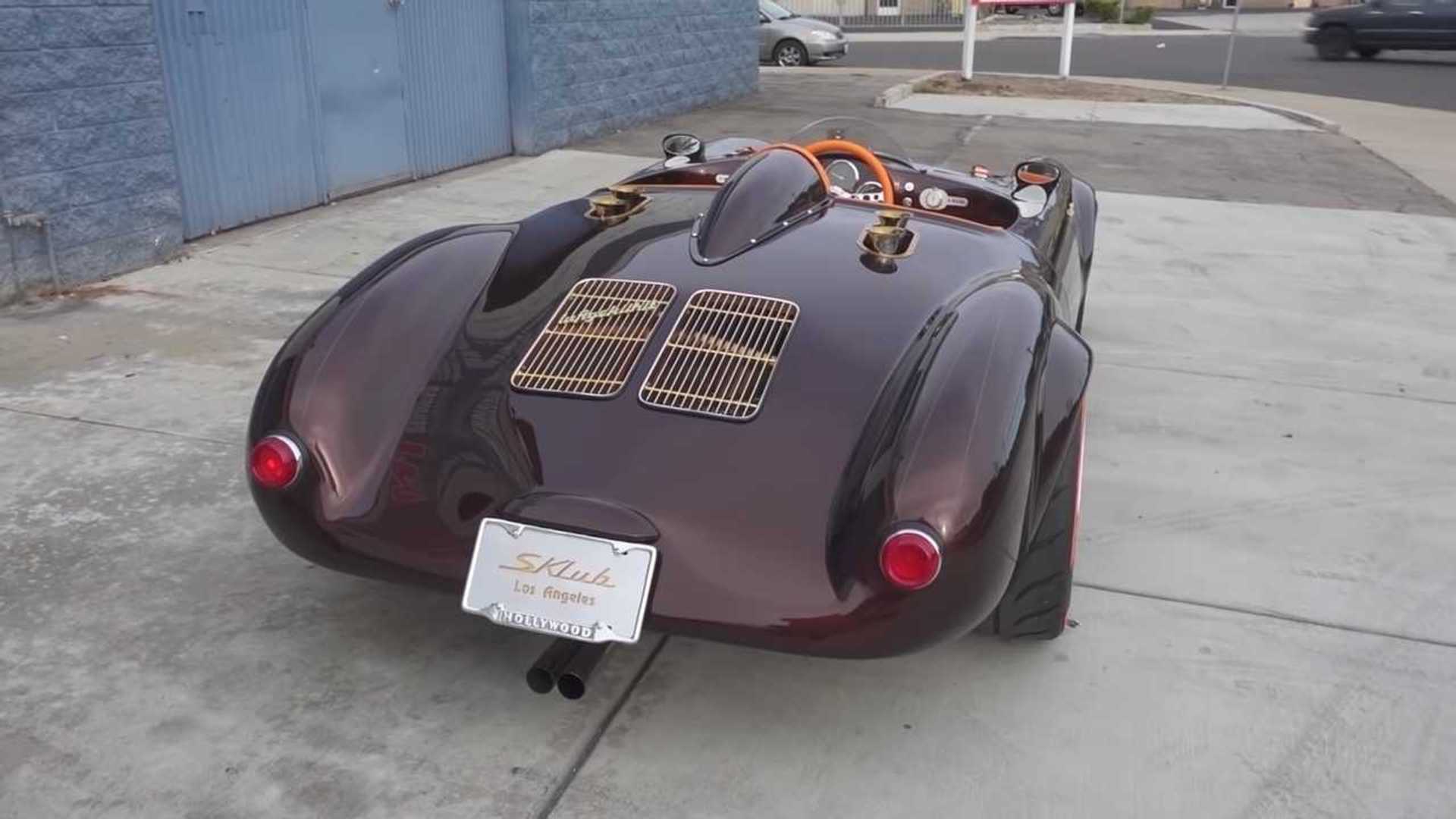