The tiny convertible gains both mechanical and cosmetic upgrades.

Toyota introduced a sports car series in Japan back in 2017 with an assortment of models covering everything from the tiny Vitz / Yaris to the Harrier SUV. Tweaked by Gazoo Racing, the models form a three-tier system based on the amount of upgrades implemented, with the base ones carrying the "GR Sport" moniker. These are followed by the midlevel "GR" (like the GR Supra) and the flagship "GRMN" (like the Yaris GRMN). On top of all these models there will be Super Sport hypercar with roughly 1,000 horsepower.

Interestingly, Gazoo Racing is now turning its attention to a car produced by Toyota's wholly owned subsidiary Daihatsu. The pint-sized Copen will be offered in Japan in a warm GR Sport trim with an assortment of mechanical and visual upgrades. Taking into account the tiny two-seater convertible falls into the kei car category, it means the engine's displacement remains at 660cc and power at 63 hp. The three-cylinder unit can be hooked up to either a five-speed manual or a CVT equipped with a seven-speed paddle shifter.

Gazoo Racing's focus was on sharpening up handling by tuning the suspension and enhancing the body rigidity through a series of upgrades. For example, there's now a front brace and a reshaped center brace, along with a new shock absorber and revised suspension spring rate to make the ride experience a bit smoother. The Copen GR Sport convertible also benefits from an updated electric power steering to provide a "sense of unity between steering and vehicle movements."

Then there are the cosmetic modifications, including redesigned bumpers and an updated front grille. The car sits on model-exclusive BBS wheels and features a black tint for both the LED headlights and taillights, while the fog lights and their bezels are also different than what you'll find on a regular Copen. Inside, Recaro seats contribute to a sportier atmosphere further, as does the Momo steering wheel complemented by a revised instrument cluster with red accents. 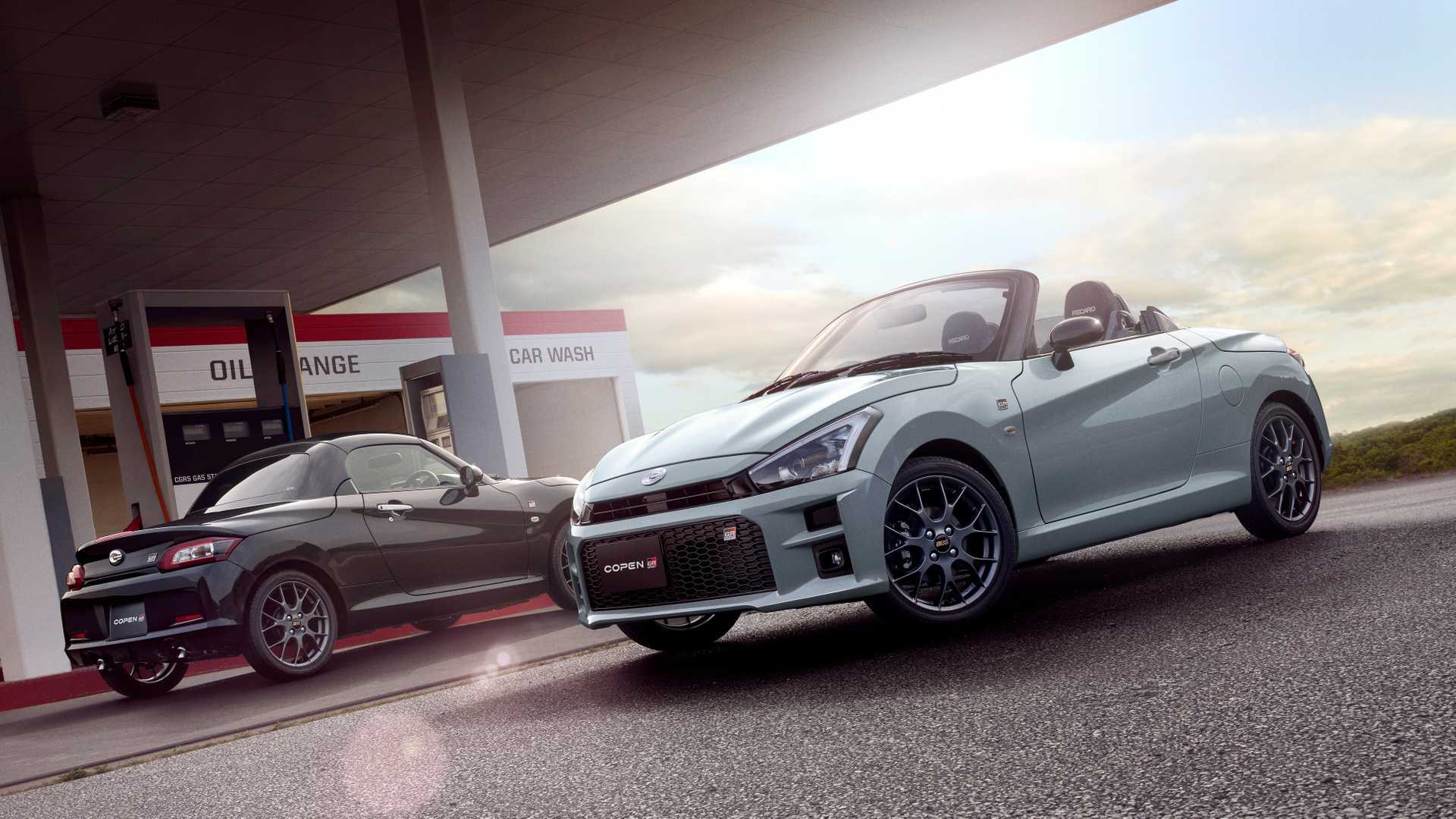 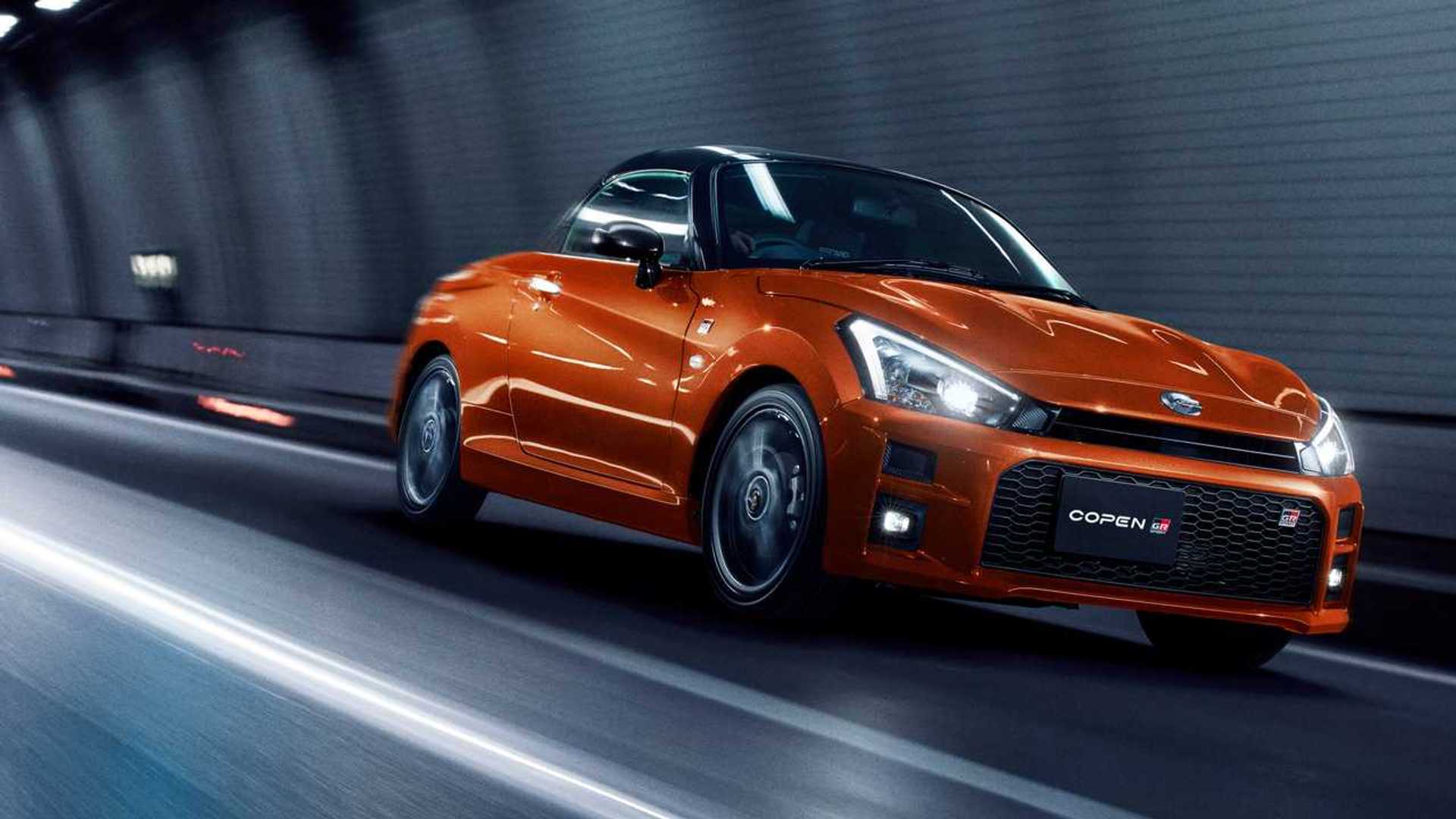 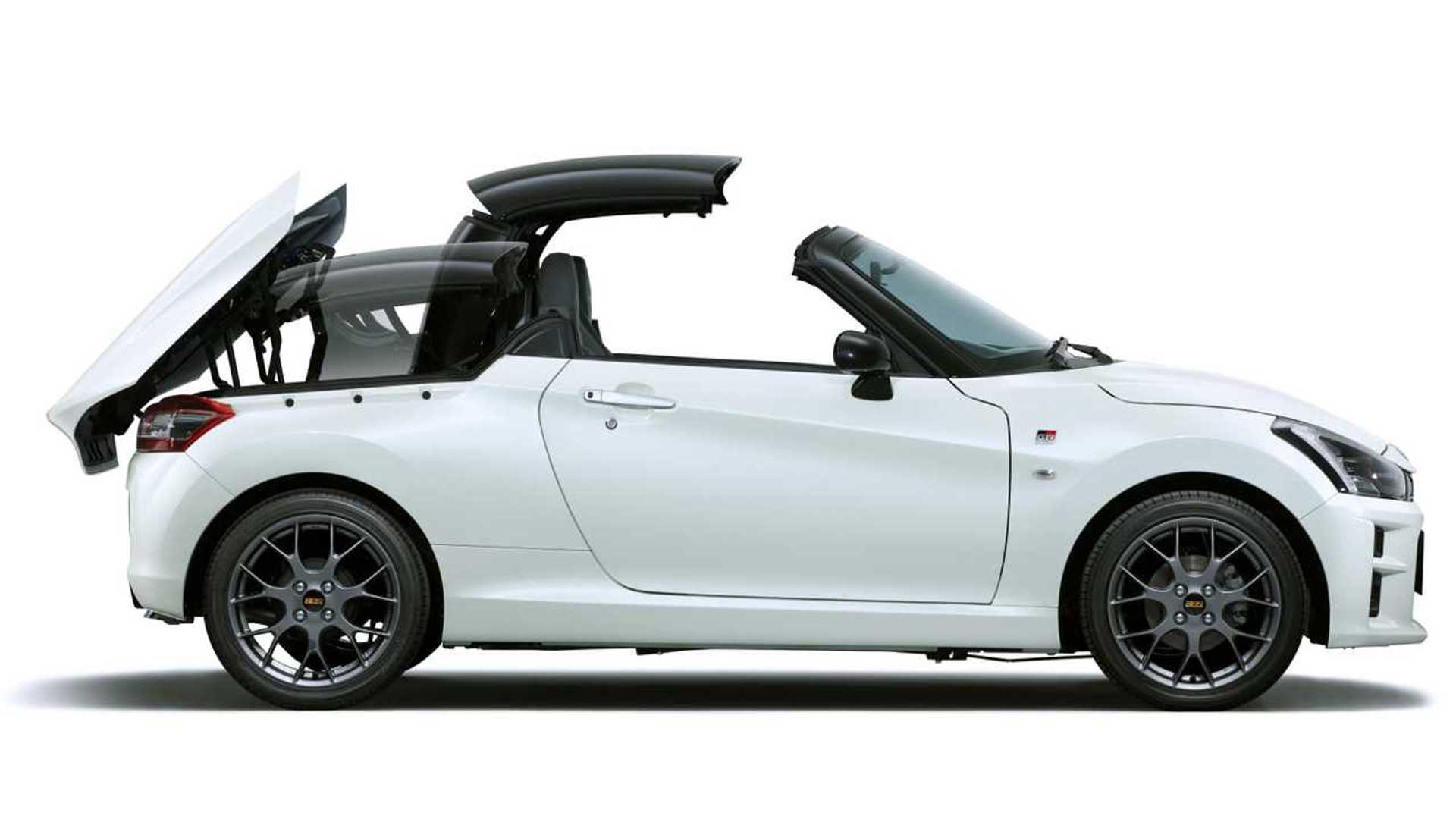