Cast your mind back, if you're able, to the year 1994. May, to be precise. Manchester United have smashed Chelsea 4-0 in the FA Cup final, the Channel Tunnel has opened to great international fanfare and, of importance to car fans worldwide, Toyota has launched one of its boldest models in living memory: the RAV4.

A curvy, quirky 4x4 designed more with surfers than soldiers in mind? Sacrilege to fans of the straight-edged, utilitarian Jeep Wrangler, Land Rover Defender and even Toyota's own Land Cruiser. But the RAV4 wasn't designed for them; it was made for young people who liked surfing, hiking and climbing, and it laid the foundations for the modern crossover – a vehicle class that's at once the most popular and most polarising on the market.

All of which goes some way to explaining why a blue short-wheelbase example, specified in lowly GS trim, currently takes pride of place in Toyota UK's heritage fleet, when prices for even the most immaculate, top-rung RAV4s are some way south of the £6000 barrier. Fresh from a thorough and by all accounts arduous restoration, this example's pristine exterior belies its 135,000-mile odometer reading.

The first time Autocar drove the RAV4 on UK soil was in a 1994 twin test alongside a Ford Escort RS2000 hot hatchback. A curious choice of contender, it seems, but here were two compact family runarounds, each with four-wheel drive and sporting aspirations. And where the Escort had the edge in outright power, the RAV4 pipped it in the lightweight stakes by around 65kg. And crucially, let's not forget, when the RAV4 arrived, there was no Nissan Juke, Ford Puma or Skoda Karoq to benchmark it against.

Despite the odd pairing, this was a highly anticipated face-off; hot hatchbacks in the vein of the RS2000 had become almost impossible to insure for the average driver, while conventional off-roaders such as the Wrangler and Land Rover Discovery were simply too cumbersome and thirsty for everyday road usage.

A new niche had to be explored, and so came the RAV4, essentially sitting between the two segments, providing a happy medium between usability, fun and affordability. It wasn't particularly quick, granted, but a proven 0-62mph time of 8.8sec in our test was enough to embarrass the rally-honed Escort, and allowing its driver to see over hedges and tackle the steepest of speed bumps without inviting costly bodywork repairs was a welcome bonus.

Get behind the wheel now and you soon find that this curvy little 4x4's connotations of pace and poise are faint at best. Compared with today's crop of genuinely sporty compact SUVs, powered as they are by buzzy turbo triples or torquey diesel lumps, the RAV4's naturally aspirated 2.0-litre engine feels a bit gutless, and the thrumming noise it makes at idle is rather more reminiscent of barns than beaches.

Climb up through the gears, however, and it's plain to see where the RAV4's enduring appeal lies. Even on empty, flat and generally untroubling suburban streets, it inspires a confidence that's often missing from today's diminutive runarounds, which aren't so disparate in terms of footprint.

Potholes, kerbs and cobbles are hardly a challenging test for any 4x4, but the sense of solidity in the RAV4 is pervasive and hints at the all-terrain ability that set this car aside from its contemporary competitors and arguably even its spiritual descendants. No wonder around 90% of all RAV4s ever built are still roadworthy.

The cabin isn't exactly inspiring by today's standards, dominated as it is by grey plastic, black vinyl and hefty manual controls, but there's a certain charm to be found in its honesty and, without sliding into nostalgic cliché, it's far more intuitively laid out than the majority of newer examples.

That lack of pretention, coupled with the RAV4's enduring popularity, means that, despite the novelty of driving what is essentially a museum exhibit on public roads, no one stops and stares, bombards us with questions when we stop or rushes to snap a picture for Instagram. This is the ideal quasi-classic car for introverts: simple, affordable and subtle.

Back in the flattering light of Toyota's workshop and with its fresh paint polished to within an inch of its life, it's clear just how much time and effort has been devoted to saving N897 VHN. Once the previous owner's self-applied plastic wheel arch trims were removed to uncover near-fatal amounts of corrosion, it became obvious this was to be more than a spit-and-polish clean-up job.

n a saga more befitting a priceless 1960s Lamborghini, this RAV4's recommissioning turned into a full-bore restoration, with the team even going so far as to buy a donor car for the sole purpose of removing its entire roof, their own car having been fitted with a leaky, non-factory-specification aftermarket sunroof.

But the RAV4 isn't the only artefact in Toyota's workshop-cum-museum that's worth gawping at, and it's certainly not the car that gets the most attention. Nestled at the back of a nondescript warehouse in Sussex are some of Toyota's and Lexus's most important, acclaimed and popular models, kept so that they can be rolled out for big events and magazine features such as this.

Behind a row of 2020 Corollas, C-HRs and Camrys, we discover proper bedroom-wall-worthy classics, including an original MR2 sports car and a legendary rear-wheel-drive Corolla AE86 – the thinking man's drift weapon. Full-time press fleet technician Mike Croft doesn't hesitate in choosing the latter as his pick of the bunch. "There aren't many of these about, especially in this sort of condition," he says. "There are a lot of imports, rather than genuine UK cars like this one."

This comes from a man who was once one of just five technicians in Europe trained to work on Lexus's ultra-exclusive LFA hypercar – an example of which sits just metres away, well out of range of door dings and dropped spanners.

The 11-year-old LFA has firmly established itself as one of the most spine-tingling supercars of all time. Its 4.8-litre V10 engine revs up to its 9400rpm limit so quickly that an analogue tachometer wouldn't be able to keep up. Its bodywork is made of carbonfibre composite and it took nearly a decade to develop.

But Croft isn't too fazed by its reputation. "Bits of it are different," he says. "It's got a torque tube rather than a propshaft, so the engine and clutch are at the front and the gearbox at the back. But generally, it just needs servicing and it holds up really well, even on the track."

We dare not move the LFA from its clearly designated parking spot to see for ourselves, but a quick blip of the throttle is evidence enough that this is something pretty special even by supercar standards.

Stickered up and with a spartan interior, it's a far cry from the Prius that took you home from your last night out, and it played a pivotal role in the model's early success. Hybrid technology has come a long way since, but this is yet another example of how even some of seemingly the most mundane and mainstream cars will enjoy a long-lasting legacy.

Even more unexpected is the newest addition to Toyota's treasure trove: a 2001 Yaris that's unassuming in the extreme – until you take a closer look at its odometer. Yes, it really has covered just 149 miles since it left the showroom almost two decades ago. The story goes that it was bought in Ireland, clipped the garage door when it arrived at the new owner's home, was then repaired and has been dry-stored ever since.

To all intents and purposes, it's a brand new car – even the original tyres are present and correct – and it has now been given a permanent home here among the Toyota and Lexus greats.

Should we have to justify the 'classic' status of some of these cars? Certainly there will be dissenters who argue that budget runarounds are disposable, and let's not pretend a base-spec city car could hold its own at a concours d'élégance. But these cars have done far more for mass mobility than the Aston Martin DB6, Ferrari 250 GTO or McLaren F1 ever did and are therefore surely deserving of some sort of commemoration.

Croft sums it up pretty concisely in describing how new members of the fleet are selected. "The criteria are: very good condition, low mileage or something that's a bit rare," he says. "If you can get all of that, perfect."

With hypercars, track toys and even the hilarious one-off Hilux Bruiser pick-up truck on its roster, this heritage fleet is living proof that automotive history is worth not only preserving but driving as well.

Meeting a hero: the original MR2

Squat, compact, angular and resplendent as this example is in Super Red, it's easy to see why the Mk1 Toyota MR2 is nicknamed the baby Ferrari. Back away and squint and it could almost be an F40.

Mounted amidships is a naturally aspirated 1.6-litre four-cylinder engine borrowed from the contemporary Corolla, which calls upon 127bhp and 97lb ft to send this 1030kg two-seat coupé from 0-62mph in 8.5sec – competitive for its time (1984 to 1989).

Crashes and corrosion have diminished the MR2's number over the past three decades, so it cuts a somewhat unfamiliar figure out on public roads. That's fortunate, because if it weren't for other road users staring, there's every chance it could vanish under the wheels of a passing lorry. Vulnerability somewhat overrides the sense of fun around town, so sweeping B-roads provide the best opportunity for seeing if this car has stood the test of time.

Affordable sports cars have come a long way since 1987, so a factory-spec MR2 is unlikely to be your track-day weapon of choice. Nor will it show many of today's normal cars a clean pair of heels out on the road.

But, that being said, its low ride height, point-and-shoot handling and the throaty growl of its twin-cam motor, not to mention its near-7000rpm redline, offer enjoyment on a different level. This is no longer a competitive sports car, so it doesn't need to be driven like one. On most roads in the UK, at least, you're guaranteed to have more fun than in any Lamborghini or Pagani, and without attracting quite so much unwanted attention from the authorities. Or crashing.

However, the non-assisted steering is shockingly heavy for a car with such a light front end, your rearward visibility is sub-par at best and the luggage capacity is poor. But at around £7000 for a clean example, the Mk1 MR2 would be an enviable Sunday afternoon casual cruiser indeed. 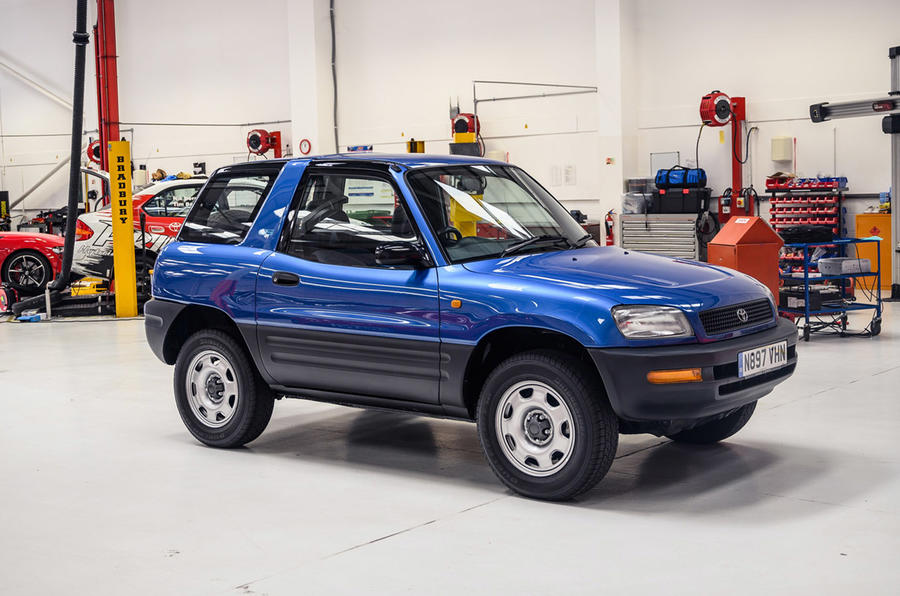 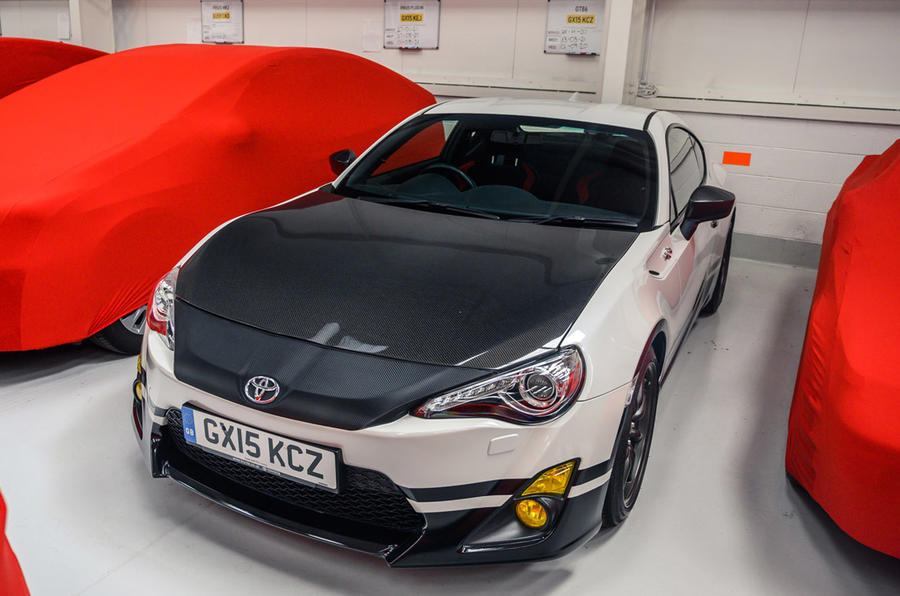 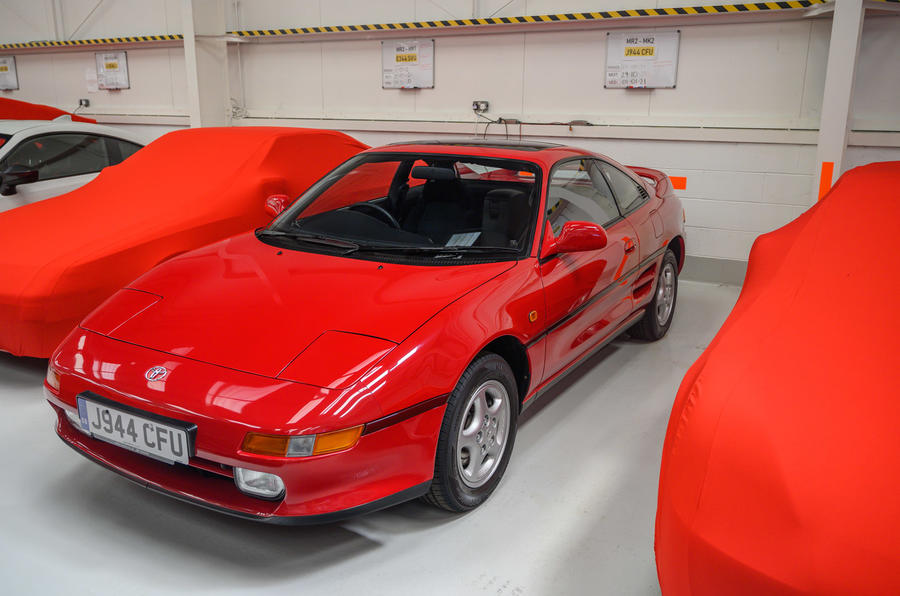 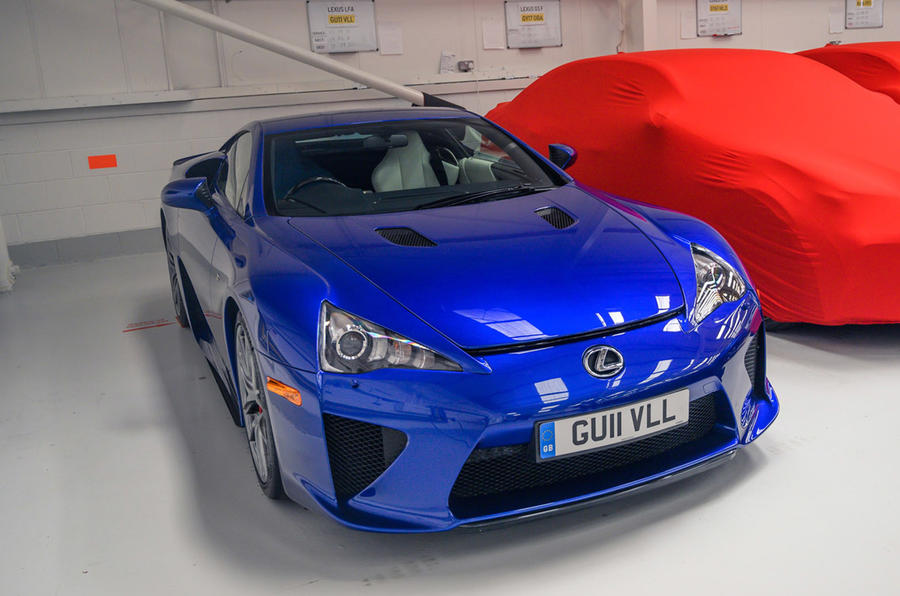 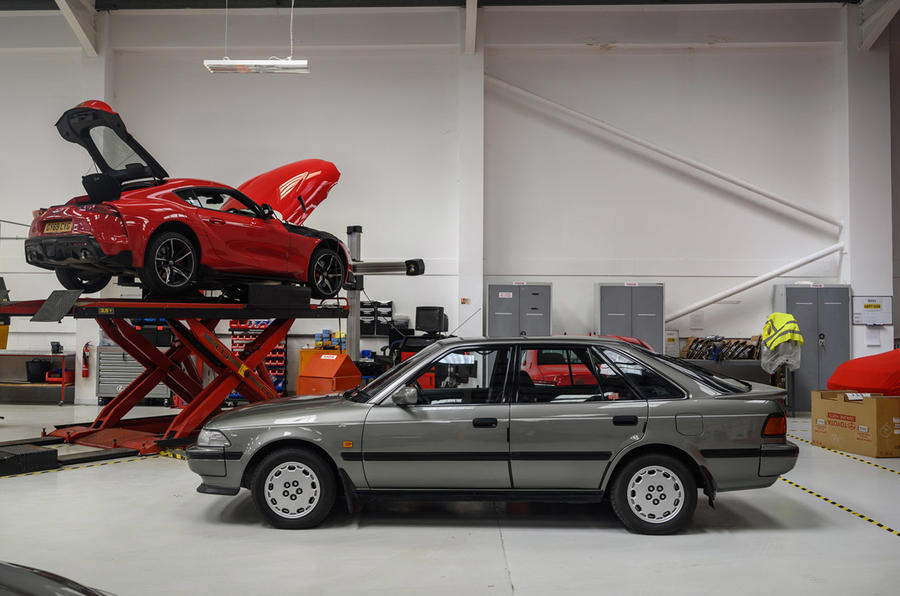 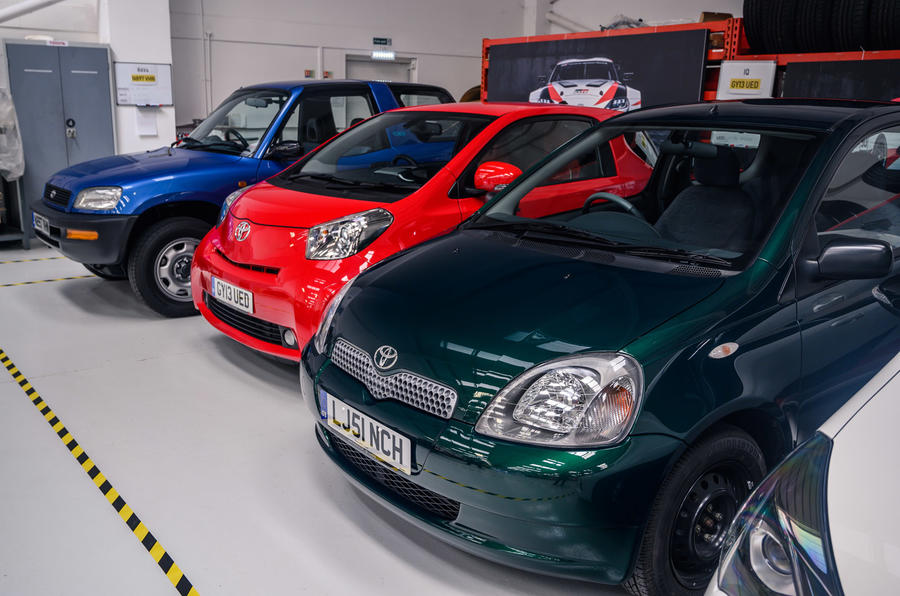 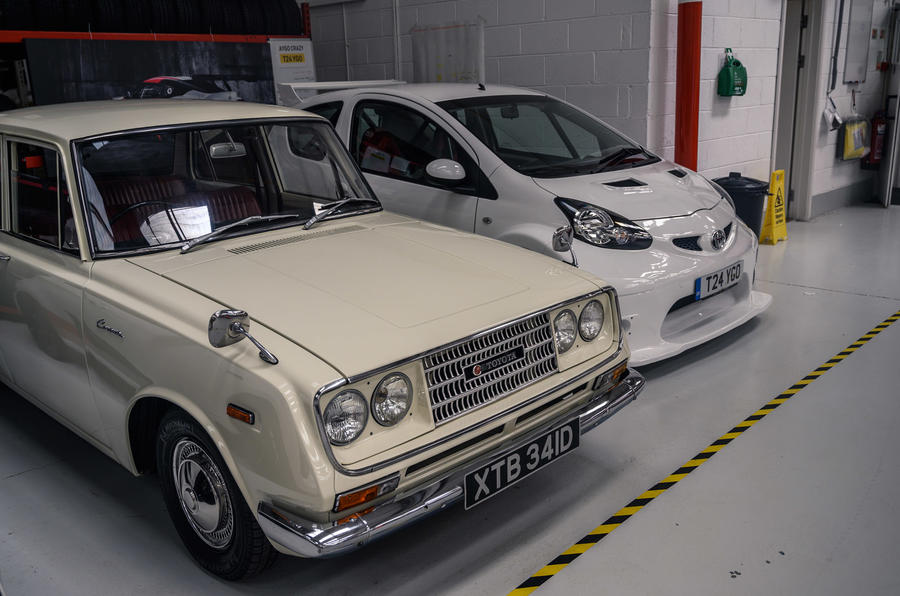