In the motorcycle world, Italian company Ducati was among the most active so far during this troubled year.

We've heard plenty of news coming from Borgo Panigale related to both the bike maker's road machines, and its racing exploits. And it would appear the fall will continue to be filled with Ducati novelties as well.

The Italians kicked off the new season with the announcement of a series of performance accessories for the Streetfighter V4. Taking inspiration from Ducati's track experience, the list of available parts is spearheaded by a complete titanium exhaust group, new carbon wings, and magnesium wheels.

The exhaust system, weighing just 5.5 kg (12 pounds), has been designed to improve the power-to-weight ratio of the bike. As per Ducati, mid-range and maximum power and torque are up by 6 percent, giving the Streetfighter an even more aggressive road behavior.

Last but not least, Ducati throws in 4 structural carbon fiber wings, a dry clutch, and a number of elements meant to made the motorcycle look more badass: billet aluminum tank cap, new handgrips, footpegs in aluminum, and carbon detailing on the heel guard and tank cover.

No modifications are made to the engine. The Streetfighter continues to be powered by the 1,103cc Desmosedici Stradale that develops 208 hp.

"The Ducati Performance catalog contains numerous accessories, designed and manufactured in collaboration with the best companies in the sector, capable of further enhancing the sporting character and racing soul of the Streetfighter V4, especially in terms of performance when used on the track," the bike maker says in a statement. 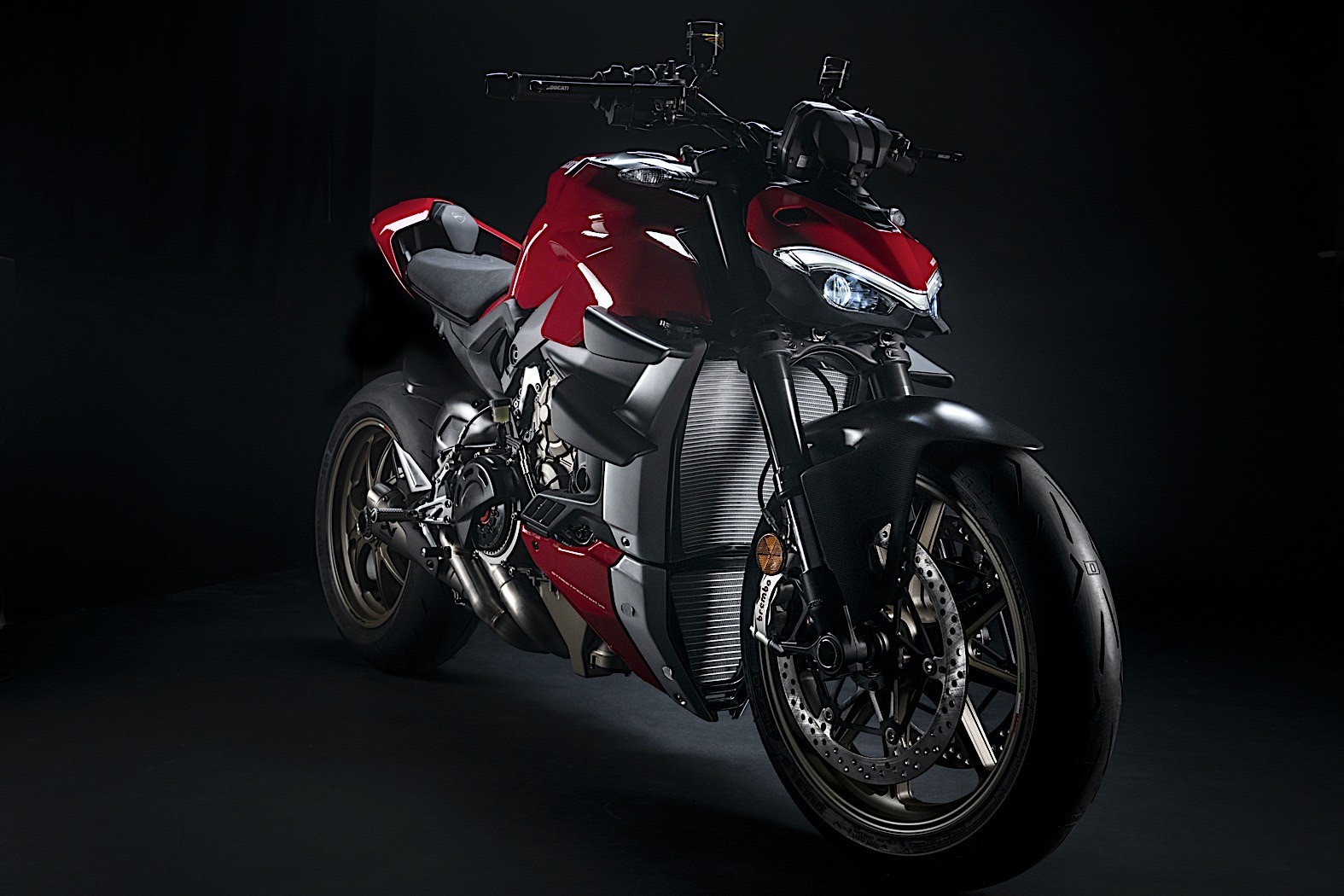 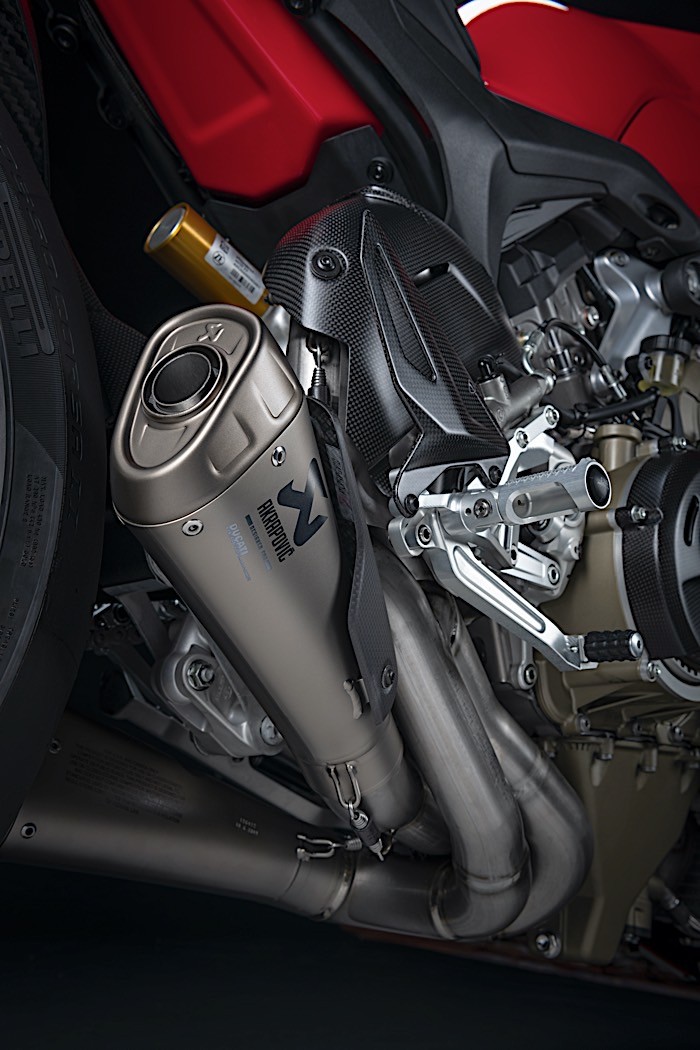 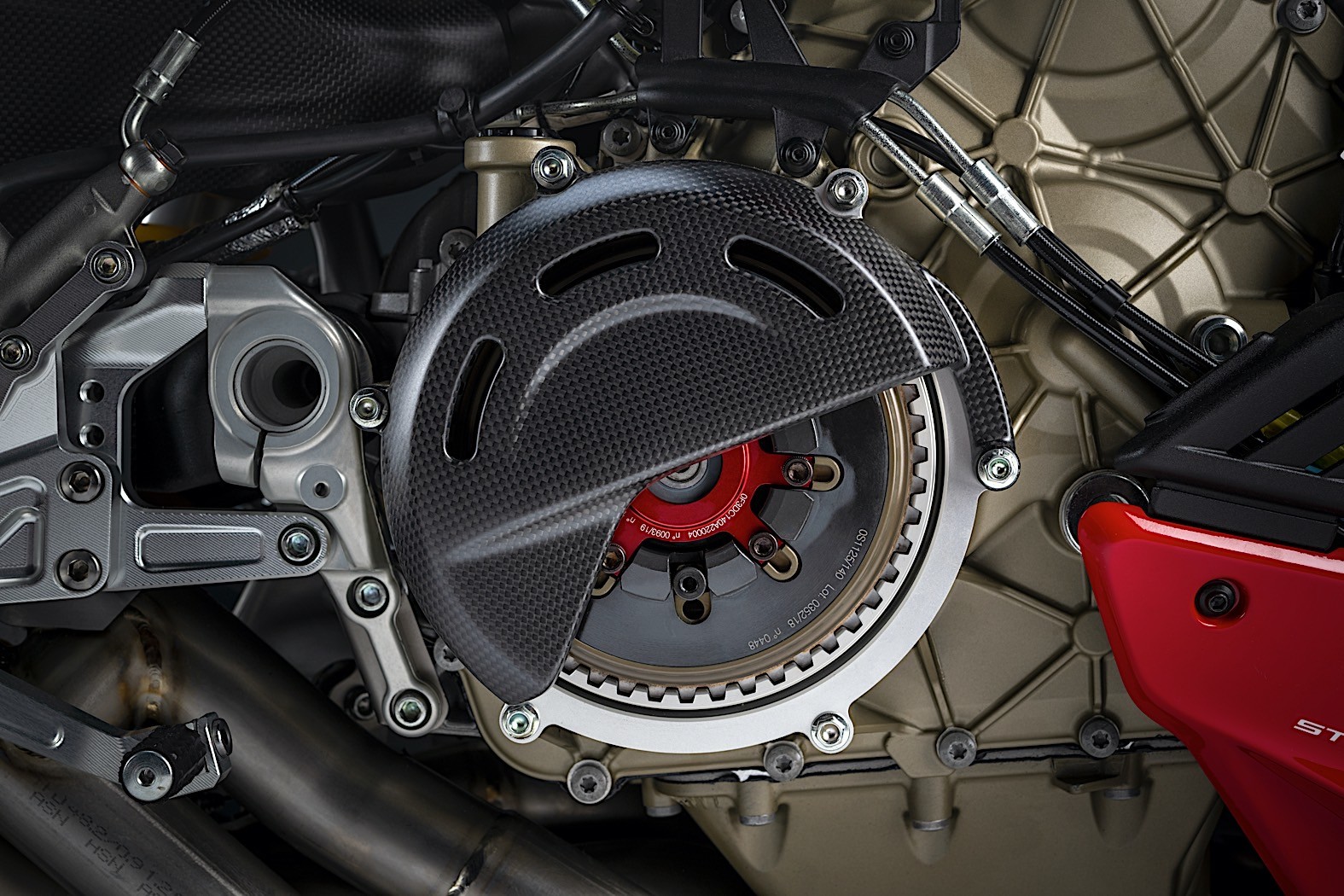