Ford's F-150 Raptor isn't necessarily a truck that blends into the sea of pickups and SUVs dominating American roadways. That doesn't mean this exceptional off-roader can't benefit from some aftermarket upgrades, but it's so easy to go way too far on something like the Raptor. This tweaked truck doesn't do that – though it definitely garners attention.

Technically, this truck is a collaboration between Galpin Auto Sports, 1221 Wheels, and Salomondrin – the car-loving YouTuber who also owns this particular Raptor. Galpin Auto Sports did the build and the rims are naturally supplied by 1221 Wheels. They are a brand-new design called SVIPE.3 and the company can custom build them in multiple sizes and colors to suit individual tastes. In this case, the wheels are 20 inchers with red trim, and they do go quite well with the Raptor's black finish.

The wheels are just a portion of the bonkers build. Engine modifications add 102 horsepower (76 kilowatts) and 150 pound-feet (203 Newton-meters) of torque to the already-potent Raptor, while upgraded six-piston front brakes and four-piston rear brakes help keep things in check. The suspension is enhanced to provide greater travel, and a menacing widebody kit helps give the tires necessary clearance.

Photos of the truck come from 1221 Wheels and they give us a killer look at the outside. We're also given a glimpse of the inside – something the video shows in better detail – where most of the custom work on this build takes place. Naturally there are the requisite leather and Alcantara upgrades, but are those stars in the headliner? Yes they are, and they change color too. A massive 12-inch touchscreen replaces everything in the center stack and serves as the control center for the Raptor's many features, including the multi-contour climate-controlled massaging seats and the aforementioned headliner stars. This could be the most opulent Raptor ever built.

We aren't sure if it will ever blast down trails or desert dunes at high speed, but it's a truck that certainly looks just as good catching air as it does on the boulevard. 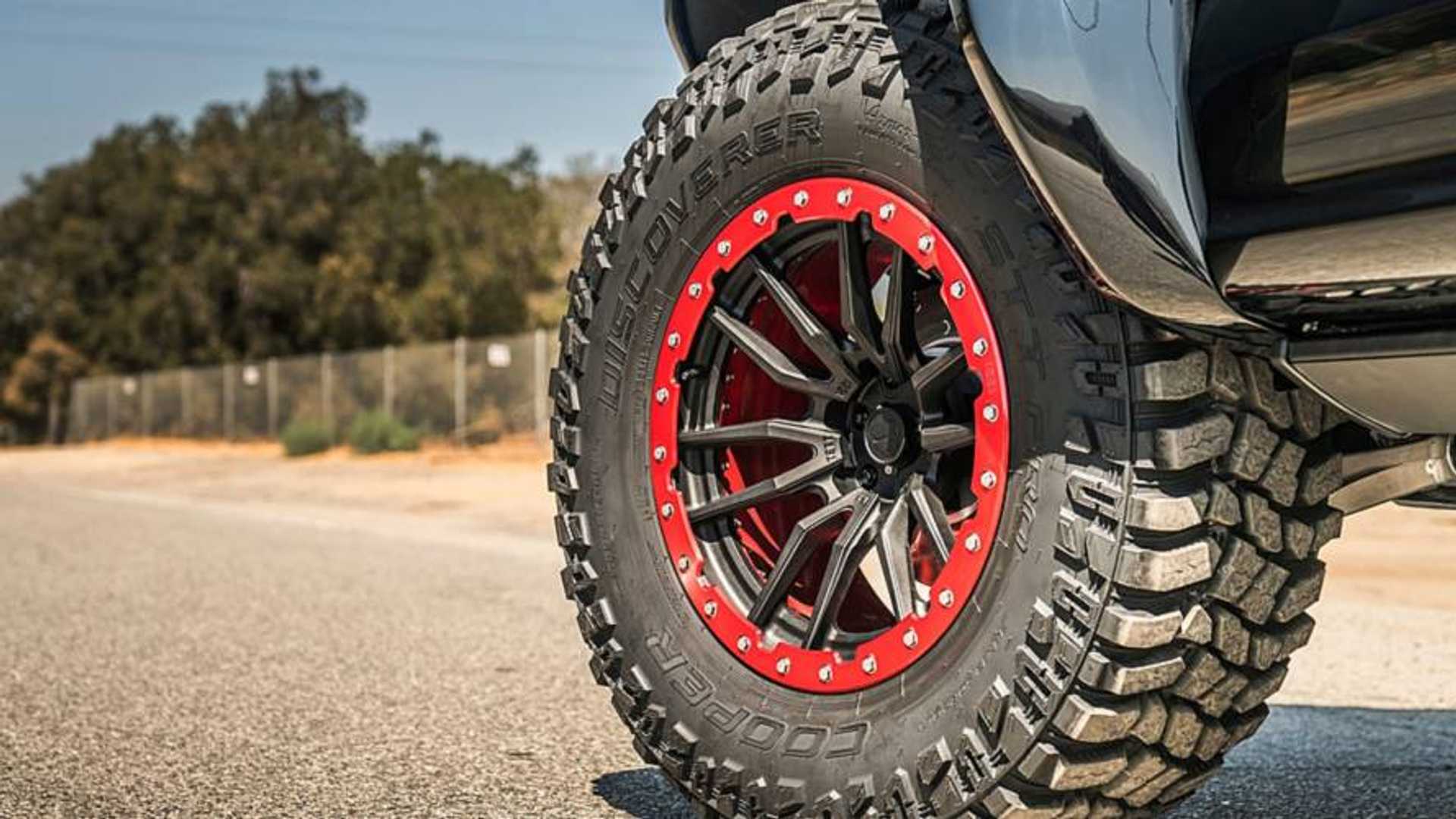 Four Takes On The Focus St And Rs Will Appear At Sema This Year13 Octobre 2017
BigDaddyCustoms Does it Again: Ford Mustang Eleanor Replica Based on…30 Juillet 2012
Ford Cobra Jet Mustang Blasts Into Sema6 Novembre 2015
Ford Ranger Raptor To Debut In February In Bangkok24 Décembre 2017
Ford Bringing Custom F-150s From Roush And Galpin To Sema21 Octobre 2015