Episode five of The Grand Tour suffers from pacing woes

amazongrand tourJames MayJeremy ClarksonRichard Hammond
For a long time, each episode of Top Gear followed a simple and predictable formula – either the show opened with a power test and a lap from The Stig, the hosts did The News, and then split the final two segments up with a Star in a Reasonably Priced Car; or, there was one film that took up most of the episode.

Two-segment episodes were rare, and when they happened, the result felt odd and unevenly paced. That's as true with the fifth episode of The Grand Tour as it was with Top Gear.

We've hesitated to mention The Grand Tour's pacing problems, hoping that the long break following the end of Top Gear was the cause, but episode five is a mess of bad pacing. Each of its two segments goes on for about five minutes too long, and that's despite the promise in each concept.

The jaunt across North Africa, which dominates this episode, annoys from the start. See, in its short life, The Grand Tour has taken to introducing coincidences with a nudge-nudge, wink-wink attitude and faux-annoyed "What are you doing here?" While Jeremy Clarkson and Richard Hammond are off testing the McLaren P1 and Porsche 918 Spyder, episode one expects viewers to forget the stillborn hybrid hypercar comparo from Top Gear's 22nd season and believe James May just happens to show up with a LaFerrari. The hosts repeat the same gag in episode three, when Hammond "crashes" Clarkson and May's cultured, refined grand tour. And now, the hosts go back to the same well in episode five.

What starts as a potentially interesting comparison between the Mazda MX-5 and the boutique-made Zenos E10 turns quickly into a three-car test after Jeremy Clarkson hears Richard Hammond and James May "are talking rubbish" and decides to show up in an Alfa Romeo 4C Spider. What would have been wrong with simply saying this was a three-car test from the start? Instead, the storytelling is disingenuous and lazy, neither of which we expect from these three.

But ignore the disappointing opening, and the North Africa film plays out well in its first segment. There's the normal banter between the hosts, with each explaining why his car is superior, and we get a surprising drag race. It's fun and simple and is precisely the kind of stuff we like from TGT (and TG before it). And then it ends with Clarkson claiming he's going to build a set of scales to weigh each of the cars. Oh dear.

What follows is a perfect split between stupidity and the organic comedy that Clarkson, Hammond, and May do so well. The idea of using animals as counterweights on a balancing scale is too idiotic even for Clarkson's on-screen persona, but the fiasco the scale segment creates is worthwhile. We aren't going to spoil the situation – this is a spoiler-free review, after all – but it's funny in the hosts' trademark ambitious-but-rubbish manner.

What would we change in the film's second half? Ditch the two-minute cut of Clarkson's 4C Spider, with its lovely music and black-and-white scenes. It's beautifully shot – that goes without saying when talking about The Grand Tour – but it feels unnecessary and completely stalls the episode. The element with the live animals goes on for a few minutes too long, as well. And Hammond's idiotic wandering around the film set? Kill it. All these scenes do is rob the pace the show builds after the latest installment of the terrible Celebrity Braincrash.

While we said several episodes ago we'd stop talking about this segment, we feel obligated to warn you to have the remote control ready to fast forward, unless you want to see Jeremy Clarkson wearing a ball gag (and if you do, more power to you). Combining the Dutch city of Rotterdam – the location of this week's show – prudish British sensibilities, and the usual juvenile attitude of the show's on-screen characters guarantees mocking of The Netherlands' kinky sex shops and brothels. Do we really need James May trying on bondage gear or Clarkson inflating blow-up dolls with an engine to explain it?

James May and Richard Hammond's slow but extremely entertaining take on the classic board game Battleship split the oddly paced North African adventure, giving a sense of balance and composure to the episode's middle. Now, this isn't the first time Hammond and May have tried injecting the car into children's games. In Top Gear's earlier days, the pair played Caravan Conkers, the show's take on the traditional British game, and darts with cars. Both of those cases were good for a laugh, and it's no different with Battleship.

After some initial shenanigans involving an air cannon, the two hosts get the game going. There's an old, Cold War-era airfield as the board, a quartet of cargo containers serve as the wall, and rather than an inaccurate cannon, a pair of cranes drop hateful G-Wiz "missiles" on the squares the hosts target. It's fun, competitive, and most importantly, simple, all of which makes it the highlight of episode five.

And that's kind of worrying. We know not every episode of The Grand Tour is going to be the best ever. Stuff like episode two happens, or some things that sound promising just don't work on TV screens. But taking three convertibles across some beautiful scenery and trying to figure out which one is best? It's Clarkson, Hammond, and May's bread and butter, the kind of thing we beg the show to do every time we see an Operation Desert Stumble. But this segment's inconsistent pacing and disingenuous start are too much to ignore. Battleship isn't enough to rescue episode five from a merely average rating. 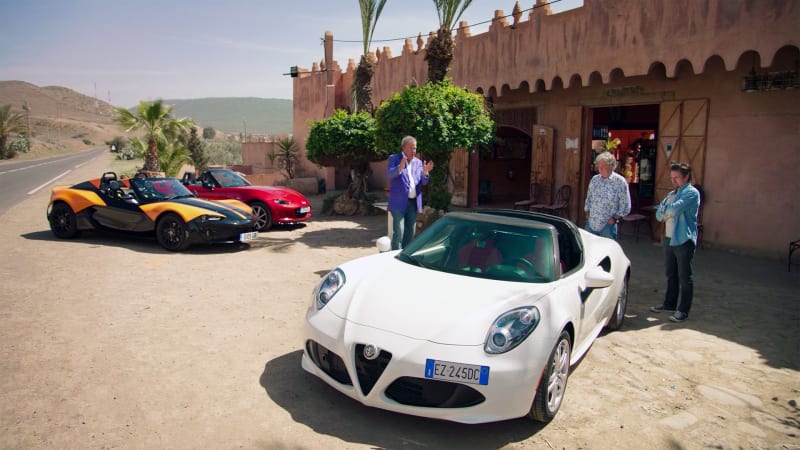 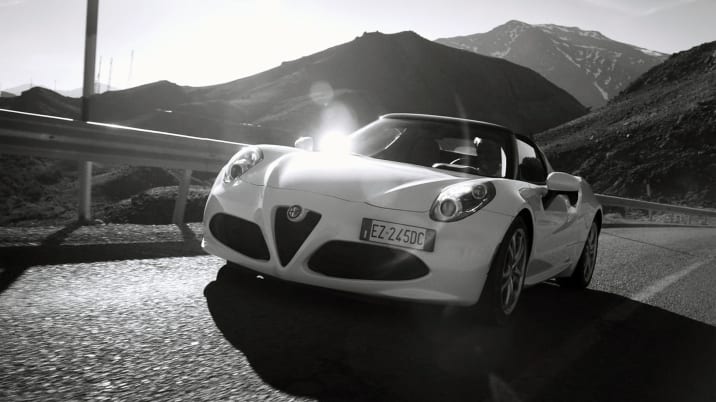 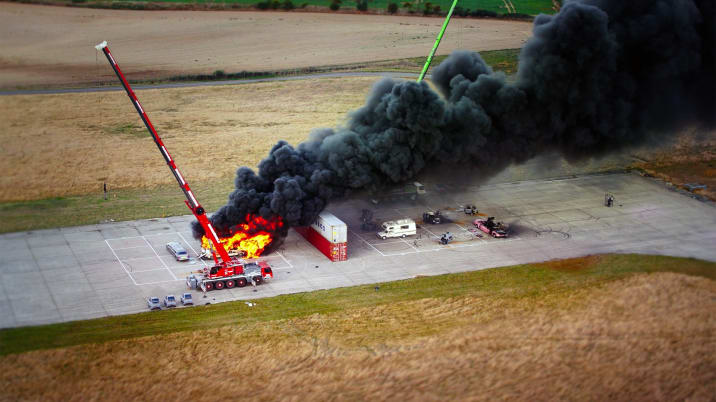