If you're not ready to listen to the Brap-Brap soundtrack while checking out the GT styling cues of the stunning Ferrari 456, there's good news and bad news.

The first revolves around the fact that you've still got time to brace yourselves, while the latter is all about the inevitable nature of this melange - a drifting-motivated aficionado called Reuben Bemrose is building a Ferrari 456 with a Mazda rotary engine.

Meanwhile, the 456's engine bay accommodates a 13B unit, with the Wankel currently being here in naturally aspirated form. And since this type of setup doesn't produce all the much muscle, you can probably expect a turbo to show up. After all, the engine compartment is way too generous for the compact rotary engine...

As you'll notice, this contraption still needs serious work before it can deliver the polarizing mix described in the intro. However, the builder behind it promises it will set wheel on the track later this year.

Speaking of which, the gear head is called Reuben Bemrose and he happens to own the New Zealand-based R's Garage, so all the ingredients required for turning this Grand Tourer into the desired drift car seem to be present.

Of course, we're all curious to see if the Pininfarina-delivered design of the machine will receive any extreme aero elements, not that such a creation would require this kind of mods to spark a debate.

For the record, the newcomer should join the ever-growing Prancing Horse slip angle conversion trend, which includes machines like Federico Sceriffo's 599 or this 360 from Japan. 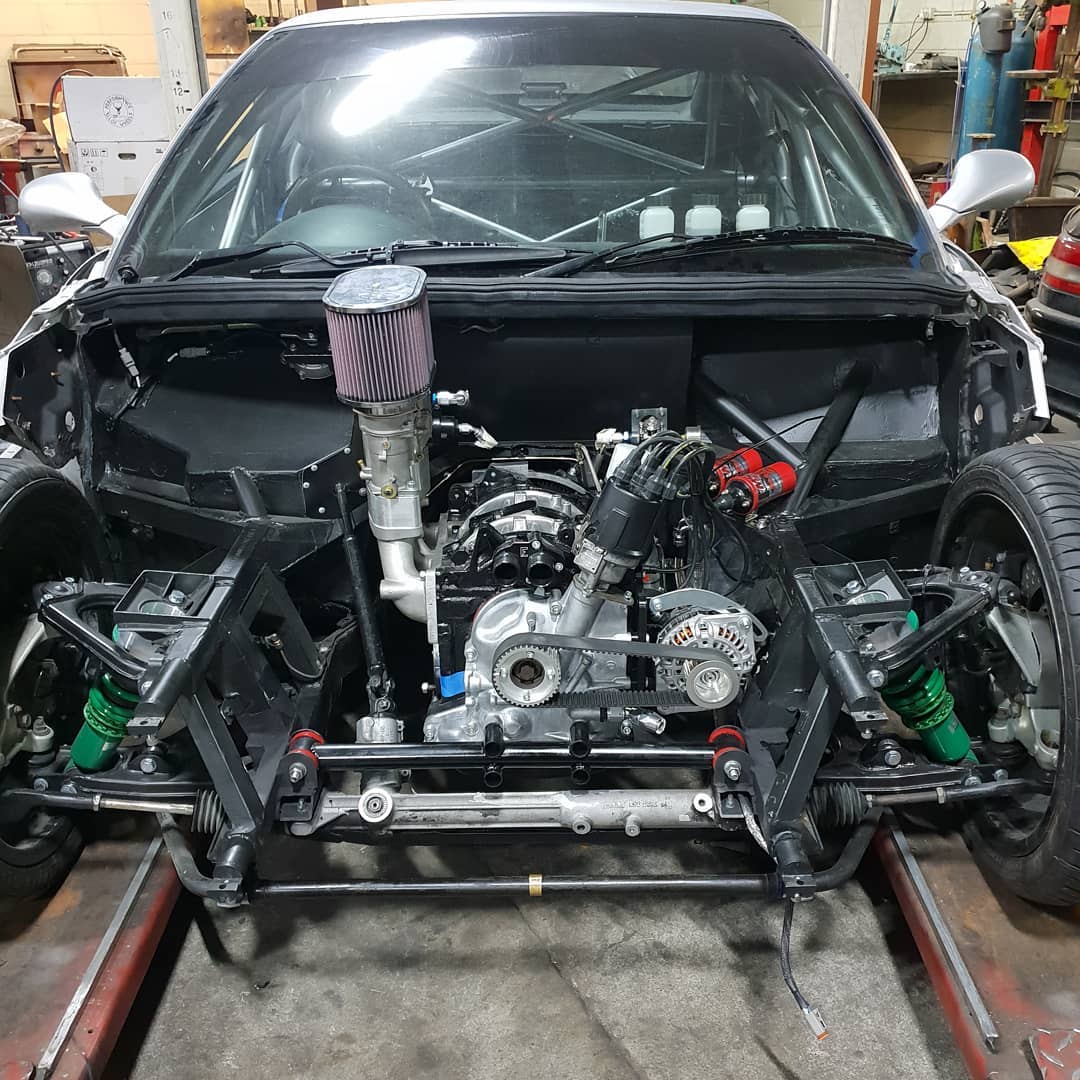