Ahead of its official unveiling at the 2011 Frankfurt Motor Show, Fisker Automotive bosses had us up to a studio in Munich for a thorough advance viewing and info download on their second model, a shooting brake called Surf.

The first words out of our mouth was, "The shape is a bit like a Ferrari FF." First thing out of their mouth – as though they were utterly perched to form the words, too – "But with four doors!" Henrik Fisker and COO Bernhard Koehler much prefer hearkening back to the 1970s iconic Lamborghini Espada when talking about the Surf's inspiration.

The Surf is the second model from the Fisker design pool, and it is so-named partly because a Fisker owner can now load a surfboard either in or on it. This joins the Karma sedan on the production line at Valmet Automotive in Finland, and should be ready for deliveries worldwide by July 2012.

The Surf shooting brake could well be called the Fisker Karma station wagon since its main objective is to respond to the ridiculously skimpy trunk on the sedan, which measures an adorable 7.1 cubic feet – less than the total storage room in a Ferrari 458 Italia. The expandable room in back now measures anywhere from 12.7 to 29.0 cubes. Hardly cause for a group "Wow!," but certainly a handy improvement.

Fisker hopes to sell 3,500 Surf models per year, rather ambitious for a shooting brake.

Pricing is set to reflect a slight premium over the $95,900 to $108,900 range of the Karma, but no exact Surf numbers have been announced yet. They did blurt out, however, "It'll be like the FF but with four doors and at one-third the price." 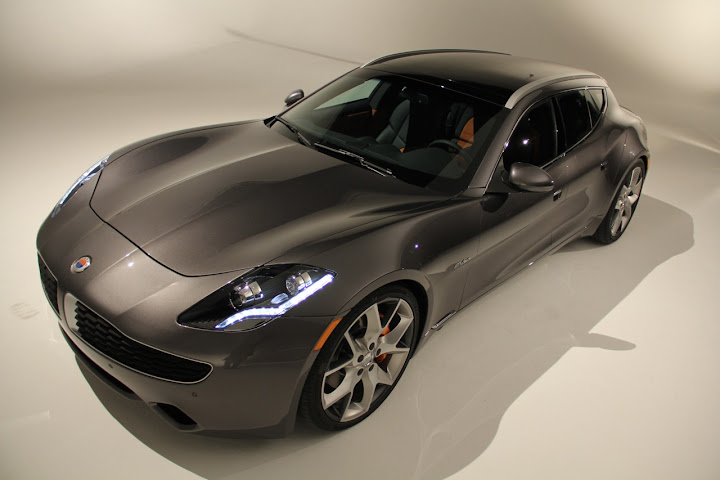 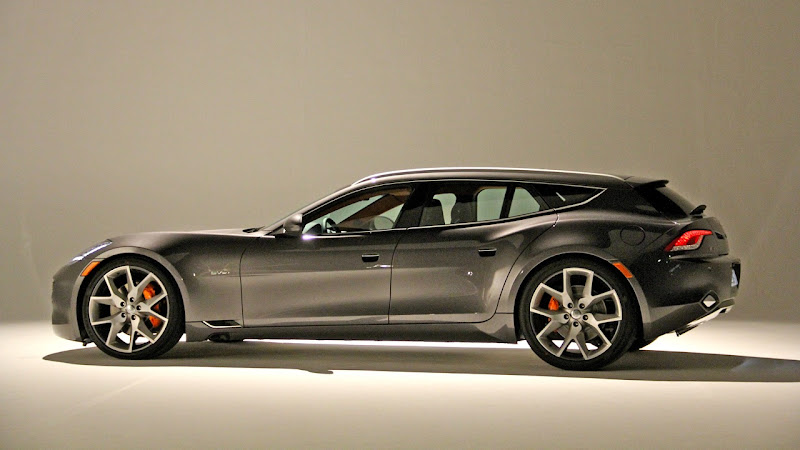 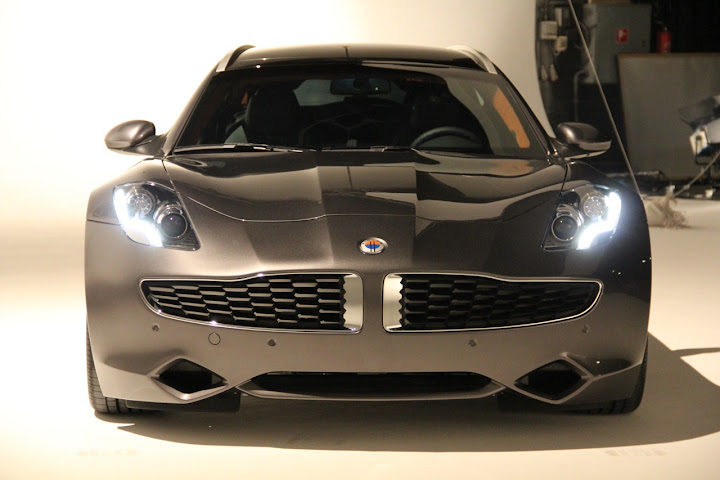 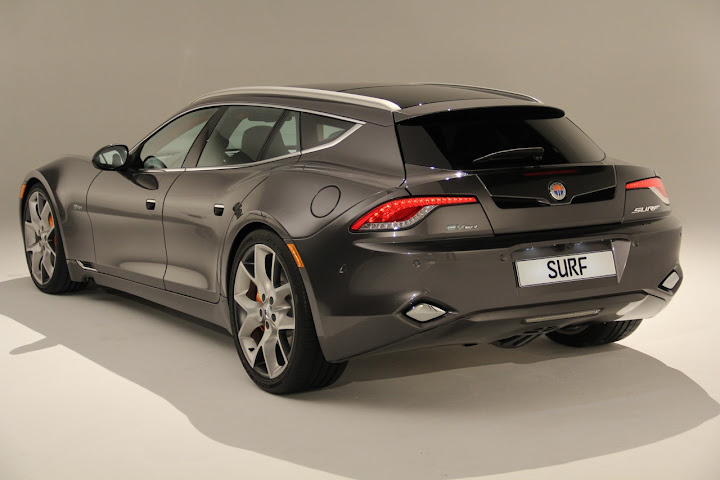 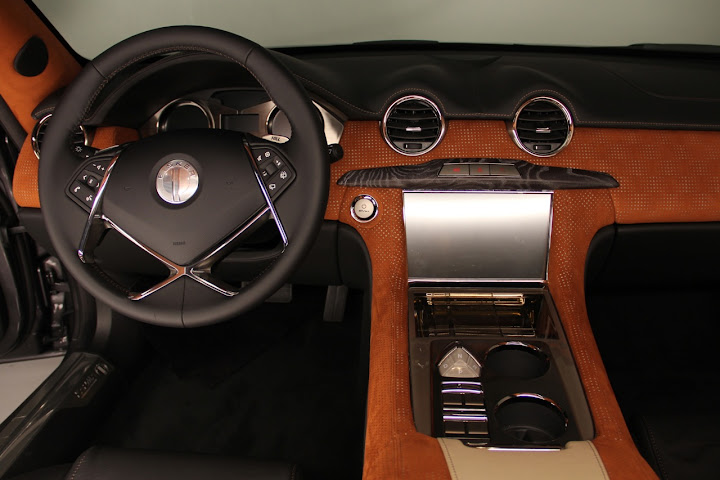 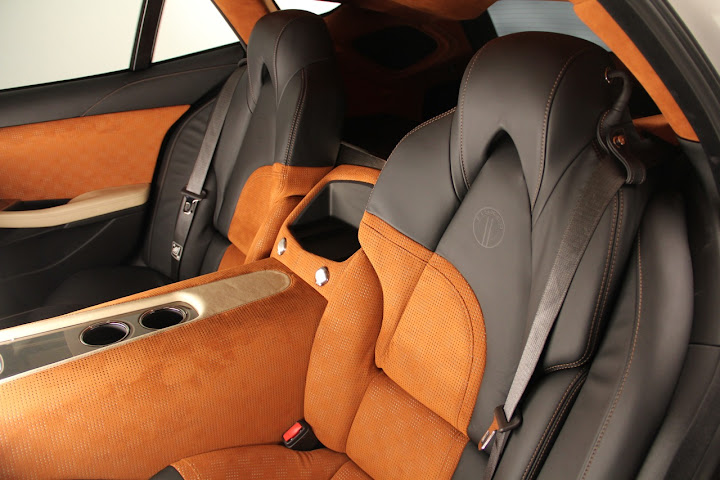