SANGATTE, France/SAINT MARGARET'S BAY, Britain — French inventor Franky Zapata on Sunday succeeded in crossing the English Channel on a jet-powered hoverboard he designed, zooming over the Strait of Dover in just over 20 minutes.

After a previous bid in July that ended with him falling into the sea, Zapata took off from Sangatte, just outside Calais in France at about 0617 GMT, on a little platform powered by five small jet engines and carrying kerosene in a backpack.

Flanked by three helicopters, he reached Britain after a stop on a boat halfway through the 35-km crossing to refuel, waving to onlookers before landing safely in Saint Margaret's Bay, close to Dover on Britain's southern coast.

"For the last five to six kilometers I just really enjoyed it," Zapata told reporters on arrival. "Whether this is a historic event or not, I'm not the one to decide that, time will tell."

"We made a machine three years ago ... and now we've crossed the Channel, it's crazy," he said, before breaking into tears.

Dozens of people came to cheer on Zapata at takeoff, and a few residents and tourists gathered to watch the Frenchman land.

"I really didn't think he would make it but I was hoping," resident Helen Reed said in Saint Margaret's Bay. "Just to see him in the distance with my little binoculars, it was just amazing."

Zapata, who wowed crowds during France's Bastille Day celebrations on July 14 by soaring over a military parade in Paris on the device, said on arrival that the hoverboard had reached speeds of 160 to 170 km per hour during the crossing.

The inventor had received a 1.3 million euro grant from the French army in late 2018 to help finance the development of the hoverboard.

Britain's Royal Navy has also shown interest in similar inventions, and said on July 30 it had carried out a successful test over water with "rocket man" Richard Browning, who hovered between vessels wearing a jet-powered body suit.

Zapata's biggest challenge was refueling with another backpack, which required landing on a platform mounted on a boat.

On his first attempt in July to cross the Channel, he was knocked off balance in the process and fell, and he used a bigger boat and platform this time.

He said on arrival it was not yet clear what the hoverboard might be used for, adding that it was a complex craft that the average person was unlikely to be able to operate.

"It's not a machine for trip down to the bakery on a Sunday morning," Zapata told France's BFM TV in an interview. He said he was also working on a flying car. 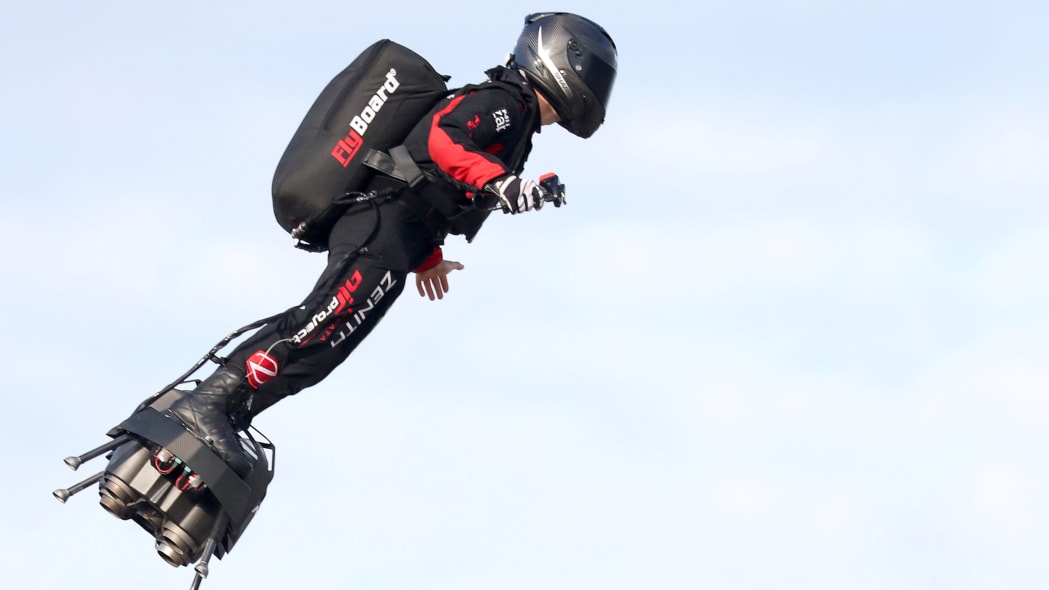 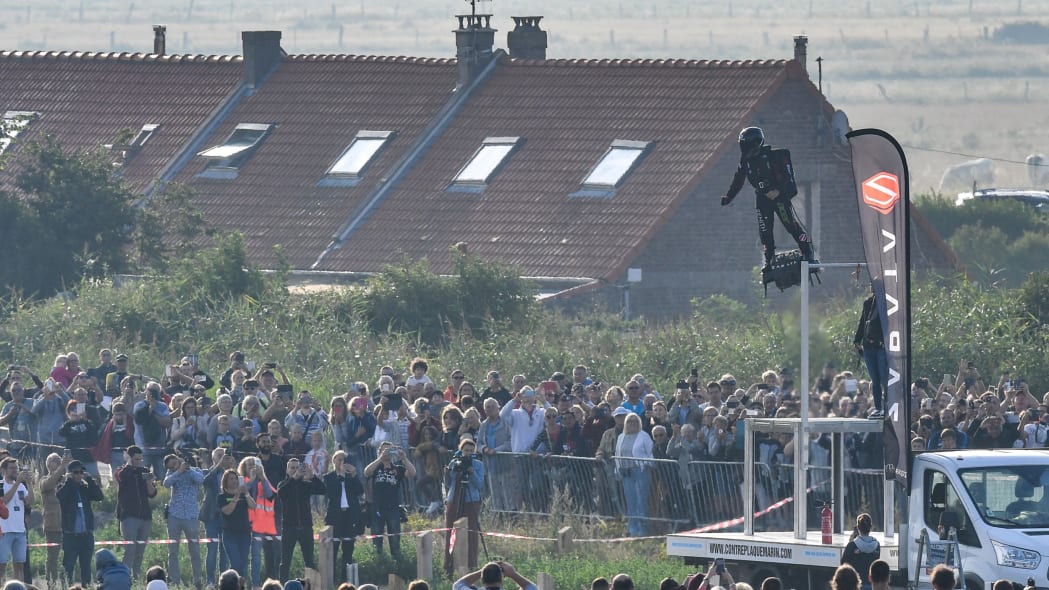 Nouvelles connexes
Has Hendo Created the Model T of Hoverboards?22 Octobre 2014
Lexus Builds An Actual Hoverboard29 Juin 2015
Lexus' Hoverboard 'Is Like Floating On A Cushion Of Air'16 Juillet 2015
The Hoverboard Of Your Dreams Is Finally Here, Thanks To Lexus5 Août 2015