More than 100 vehicles failed to finish at this year's Baja 1,000, including the Ford Bronco R.

The Blue Oval's Baja racer was one of two entries in Class 2 competition (and one of 264 overall entries), with the Glickenhaus Boot claiming the second spot. Unlike the Bronco, though, the Glickenhaus managed to cross the finish line after 33 hours, 59 minutes, and 13.9 seconds of racing. It was the second-to-last vehicle to finish the race and did so in more than twice the time of this year's winner.

Still, surviving the brutal conditions of the Baja 1,000 is a feat in and of itself, and the Boot's ability to finish the race bodes well for customers interested in purchasing and racing one of Scuderia Cameron Glickenhaus's six-figure, off-road vehicles.

Inspired by the Baja Boot of the 1960s, the Glickenhaus Boot is a low-volume vehicle that boasts a General Motors-sourced small-block V8 with 460 horsepower in road-going form and 650 horses in race guise. Despite its formidable power, though, both varieties of Boots weigh more than 5,500 pounds – a mighty sum that's sure to put a damper on the vehicles' straight-line performance.

The Bronco R, meanwhile, previews the upcoming Ford Bronco. The race-prepped SUV shares its basic underpinnings and key powertrain components with the forthcoming production vehicle. While Ford remains rather tight-lipped on details, the Blue Oval acknowledges its Baja racer uses a forced-induction engine for motivation – likely a twin-turbo V6.

Look for Ford to unveil the 2021 Bronco in the spring of 2020. Baja might have beaten the Ford Bronco R, but it surely won't stop Ford from touting the connections between the race truck and its production counterpart. 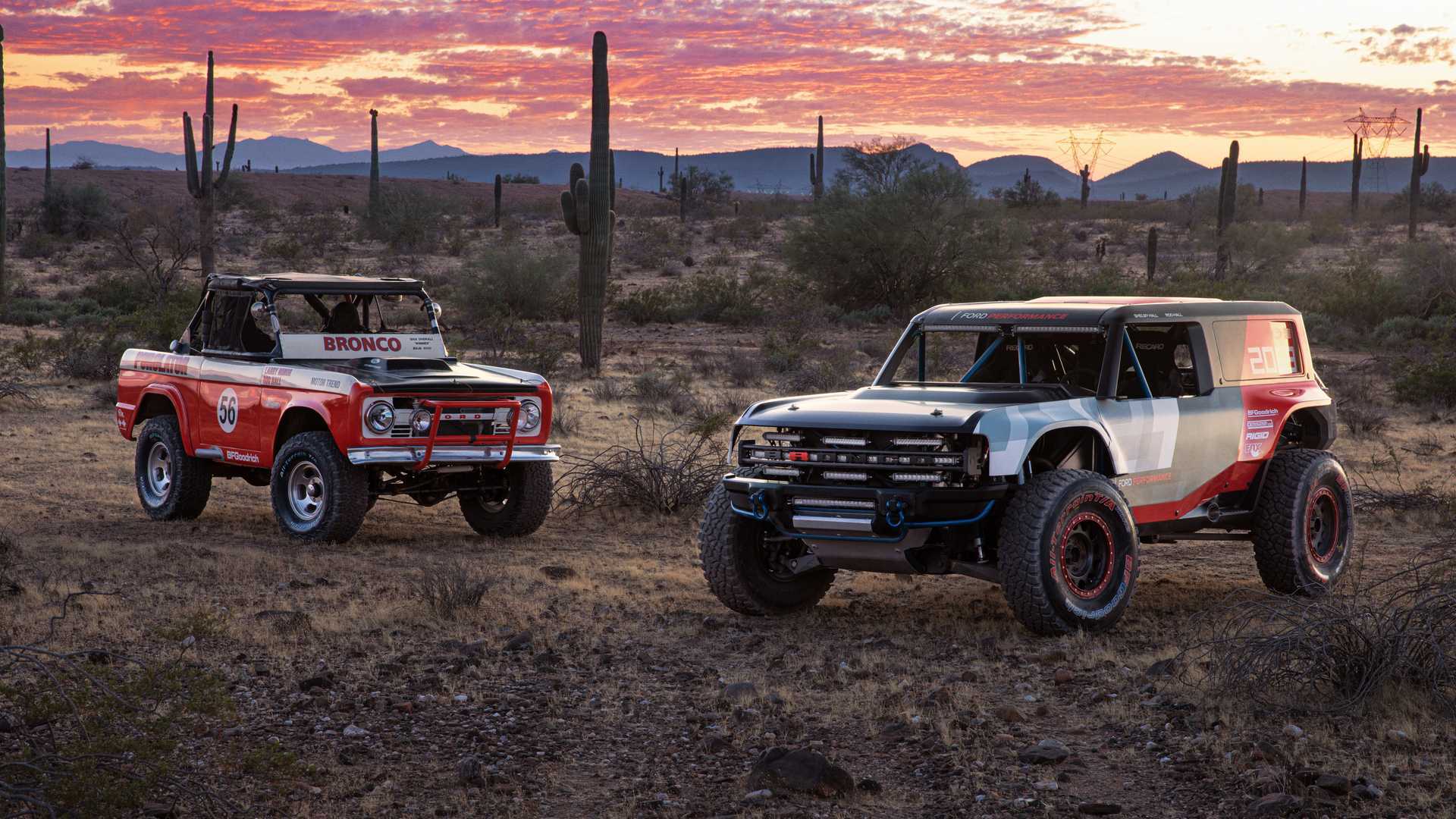 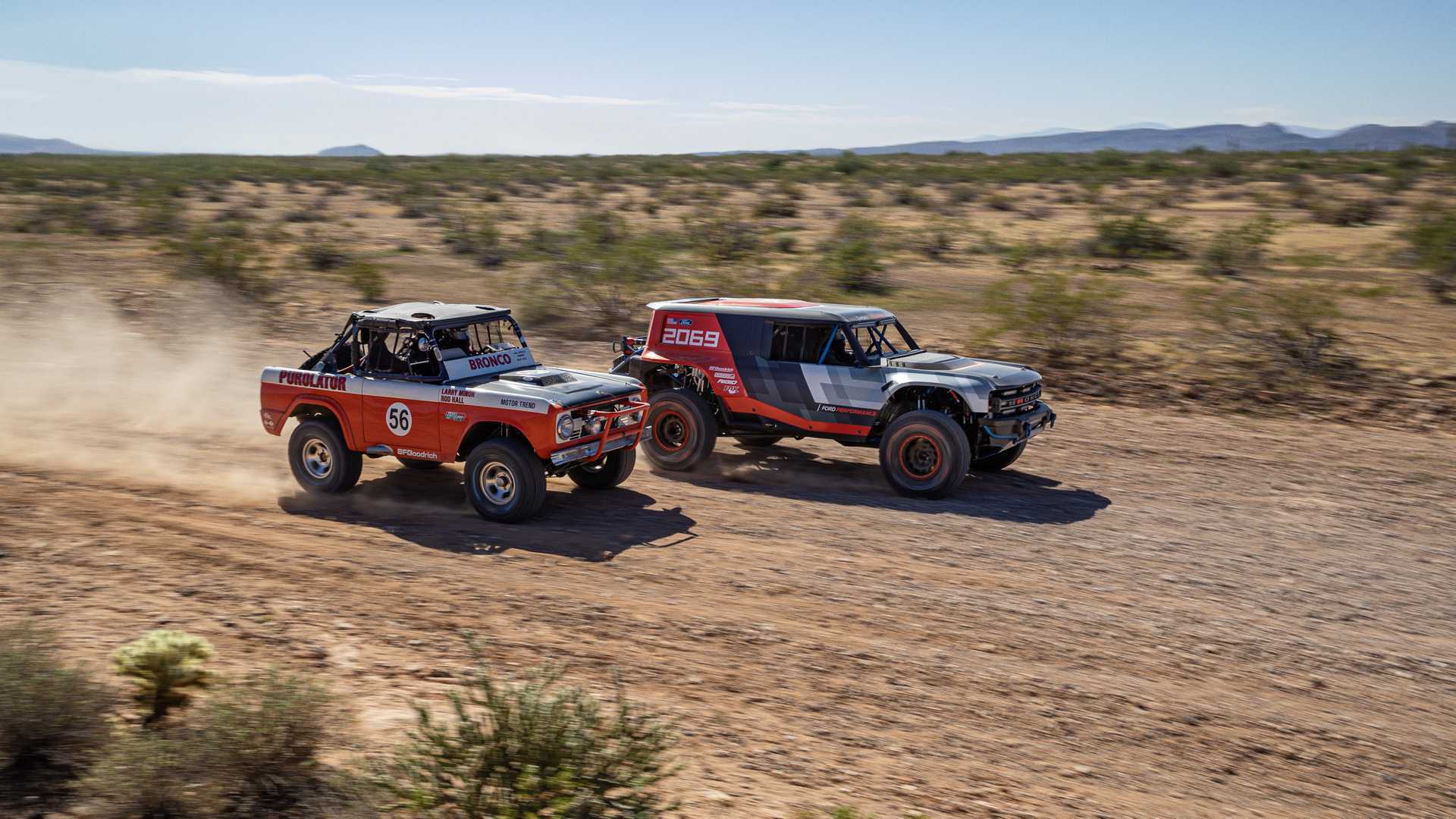 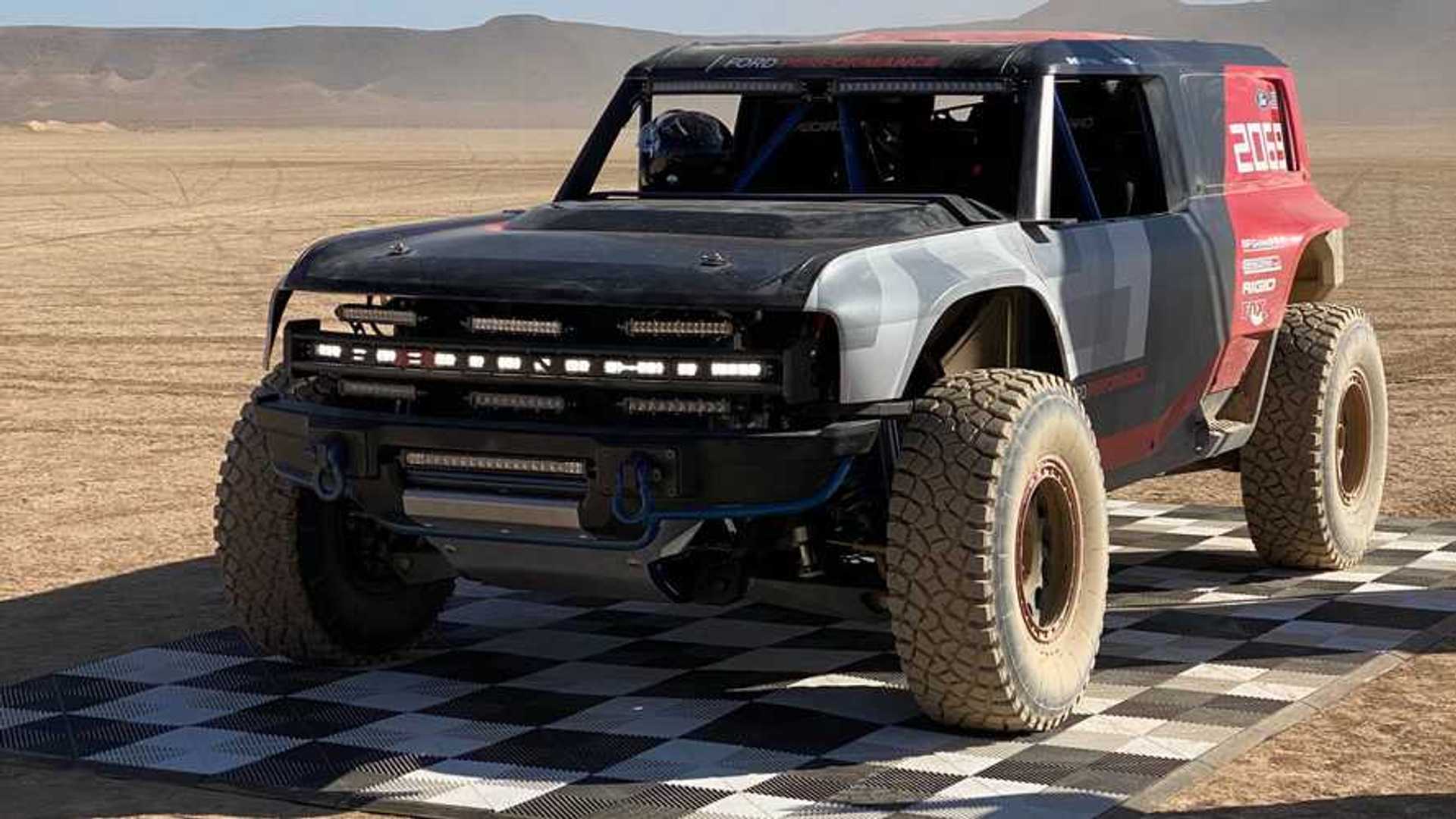