googlemapsnavigation systems
Google is rolling out Maps' multi-stop feature to the iOS app, making it easy to plan for road trips or even for a dreary day of running errands.

The tech titan introduced the ability to set multiple destinations on Android back in June. Now that it's also out for Apple's mobile platform, you can simply tap "Add stop" and even rearrange destinations by holding and dragging them around if you have an iPhone. Just like when it was initially released, you might not be able to access the feature immediately. It might take a few days or so for the update to show up – for now, you'll just have to plot routes the old way. 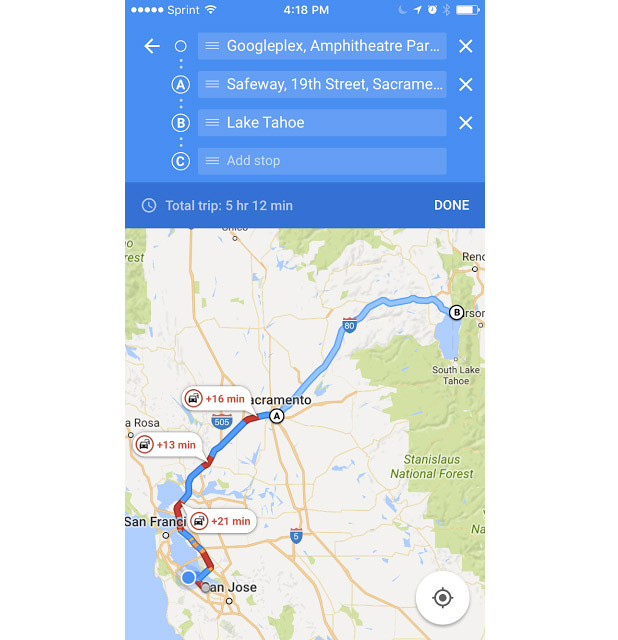