Harley-Davidson motorcycles properly customized outside the U.S. are rare, mostly because U.S.-based garages with plenty of experience in doing this are aplenty, compared to what is going on abroad.

But there is at least one Europe-based garage that could take on the American giants any day.

They're called Thunderbike, and for the past 20 years or so, when not building their own frames, they have been in the business of converting Harleys into incredible machines. Thunderbike usually works its magic on Softails, and at times the ideas that come to light once a project is over are incredible.

We've already showed you the most recent creations of the garage in both areas, the Black Star 110 and Flawless 3, but now it's time for something else entirely, albeit a bit older.

One of the best looking Softail conversion is the Imola, a motorcycle Thunderbike showed for the first time in the last months of 2019. Part of a series of builds the garage calls GP series, the Imola is the fourth in line, but perhaps the most spectacular. Featuring a long list of modifications, the green and gold Imola looks like the glamorous Softail Harley should consider making for the U.S.

Tens of stock parts on the motorcycle have been replaced by Thunderbike, ranging from the most visible elements – like the front and rear fenders – to the less noticeable ones, like the turn signals and handlebars. The most important changes, though, are the addition of an aluminum milled single side swingarm and monoblock wheels painted in gold.

We have no word whether modifications were made to the bike's original engine, the Screamin' Eagle 117ci.

Since its official presentation more than half a year ago, the motorcycle managed to earn two titles to its name during special events dedicated to the custom motorcycle industry in Europe. 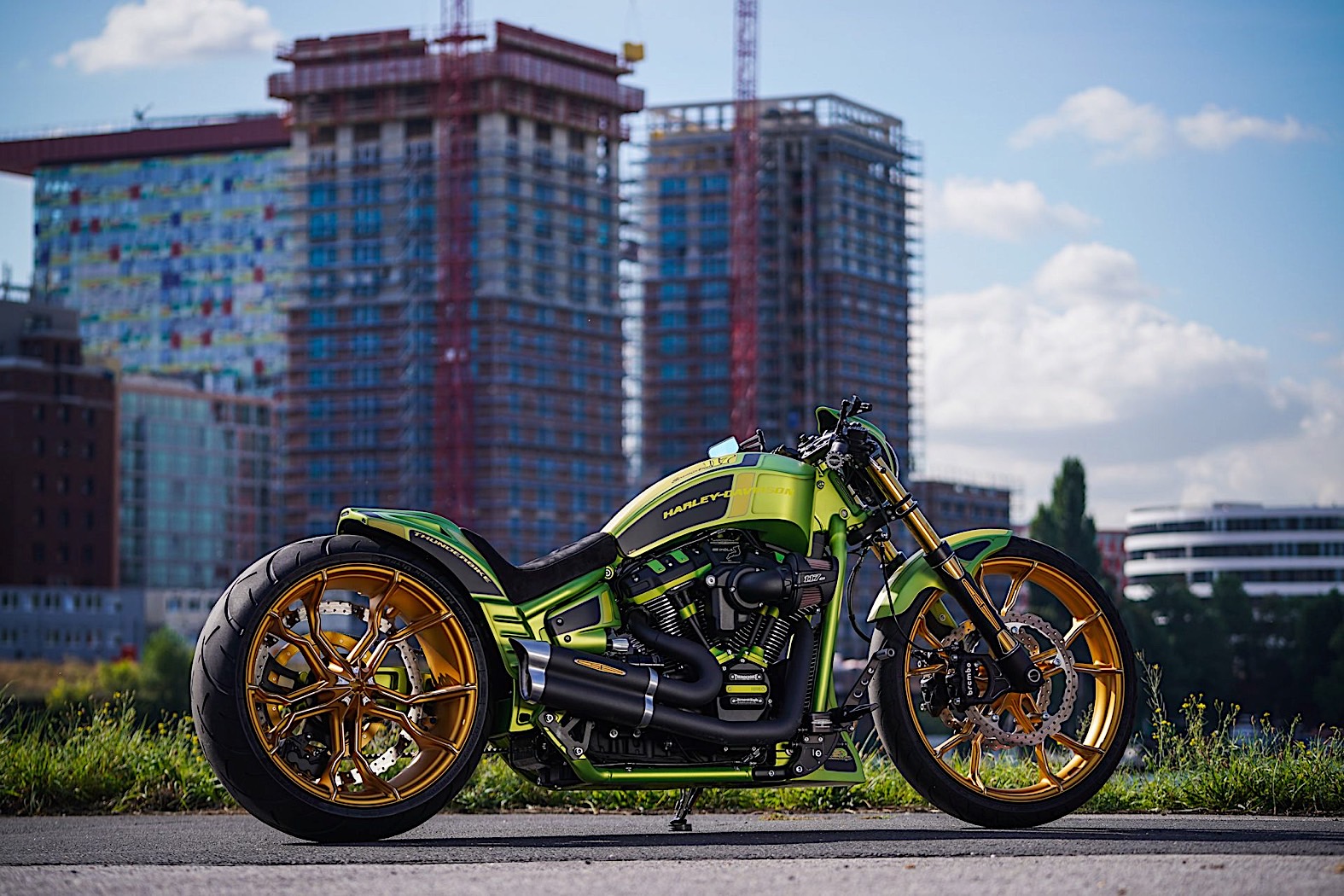 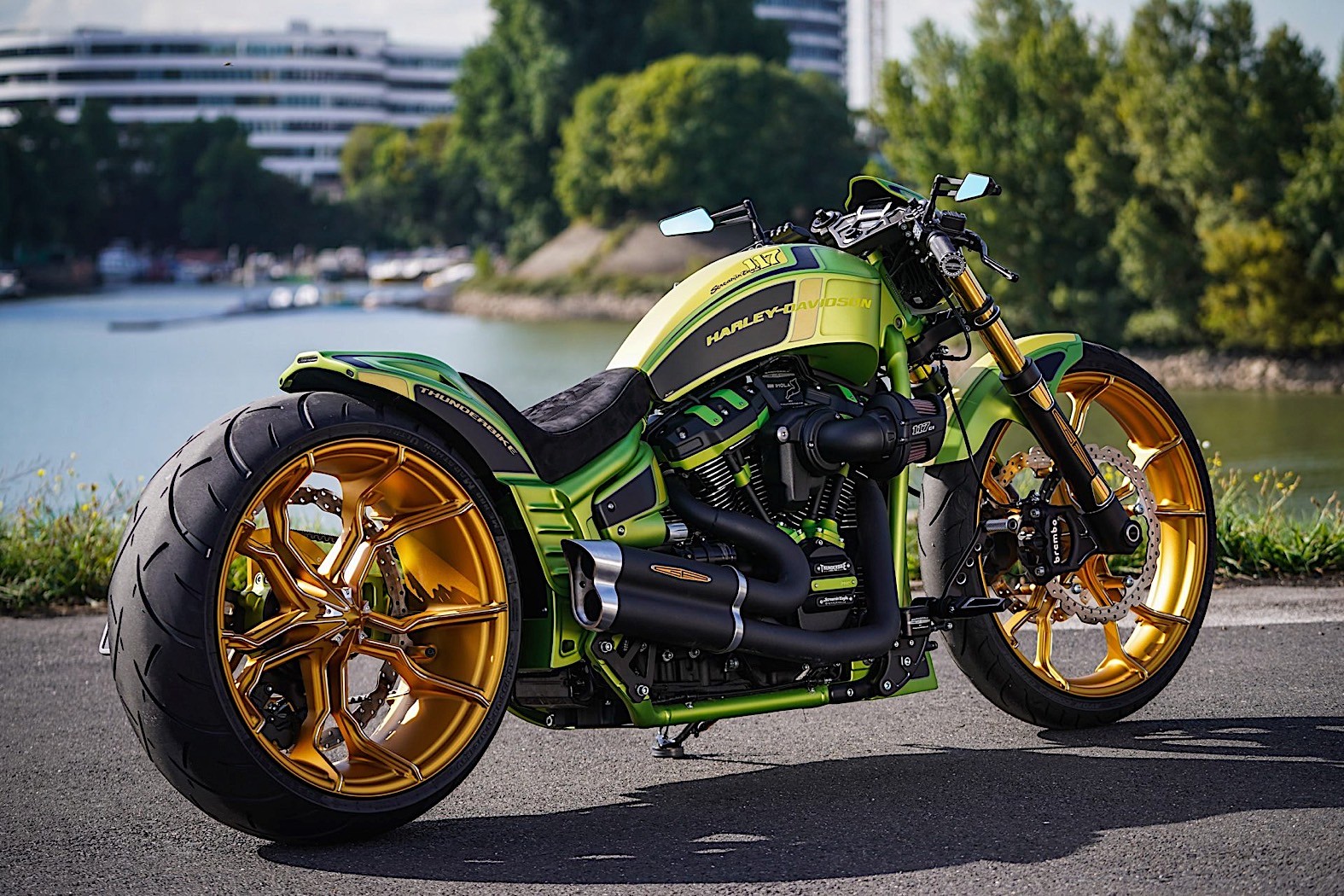 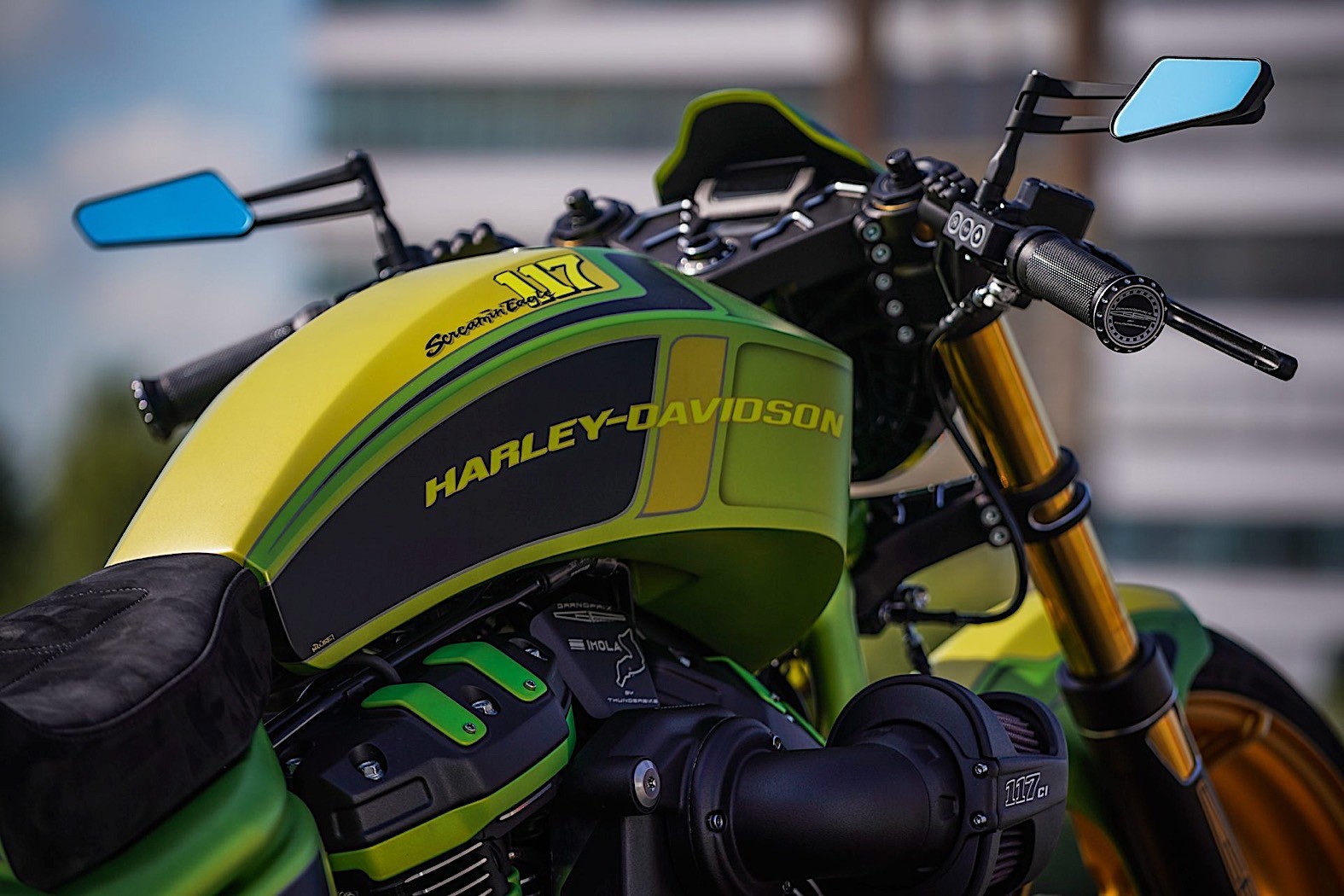 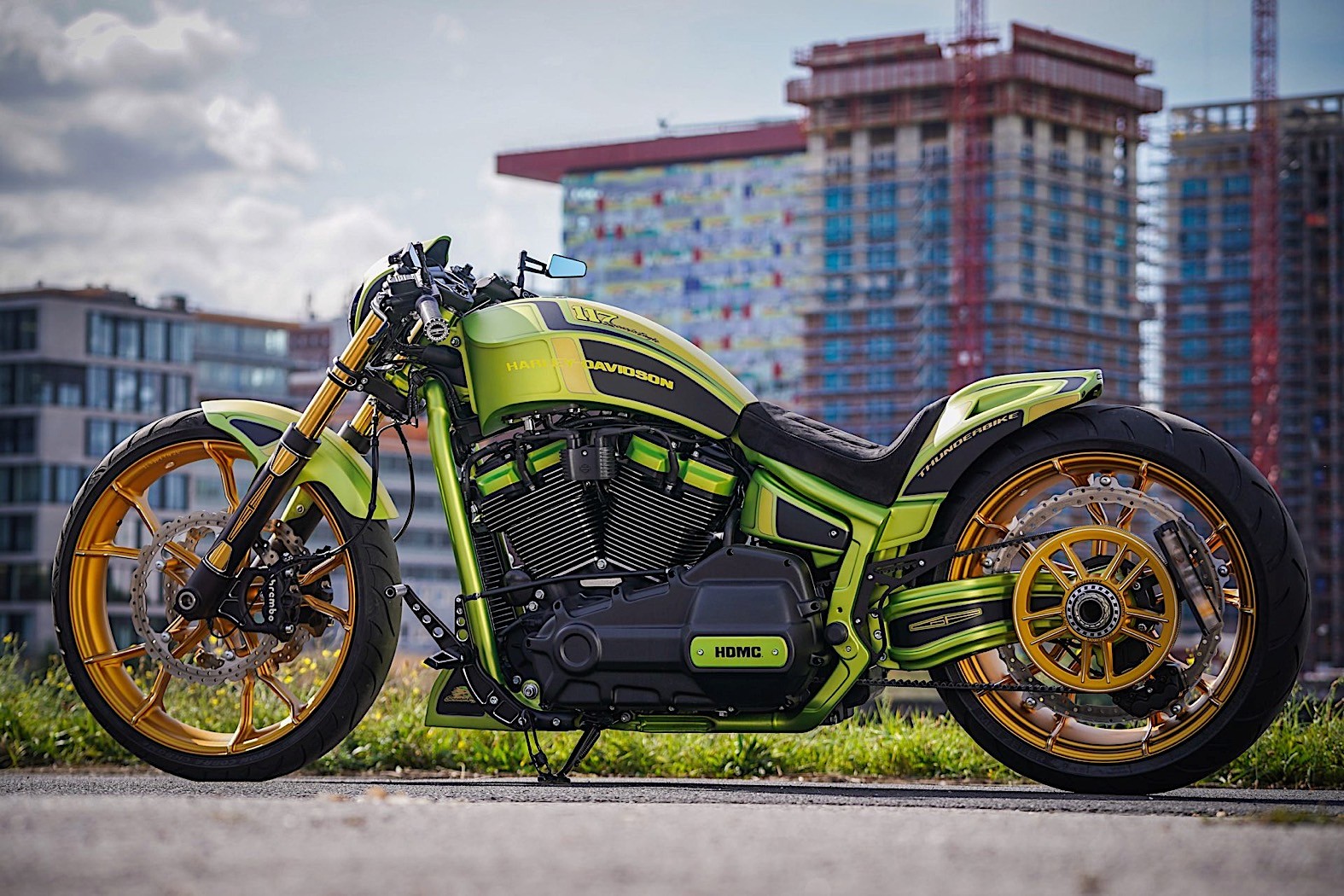 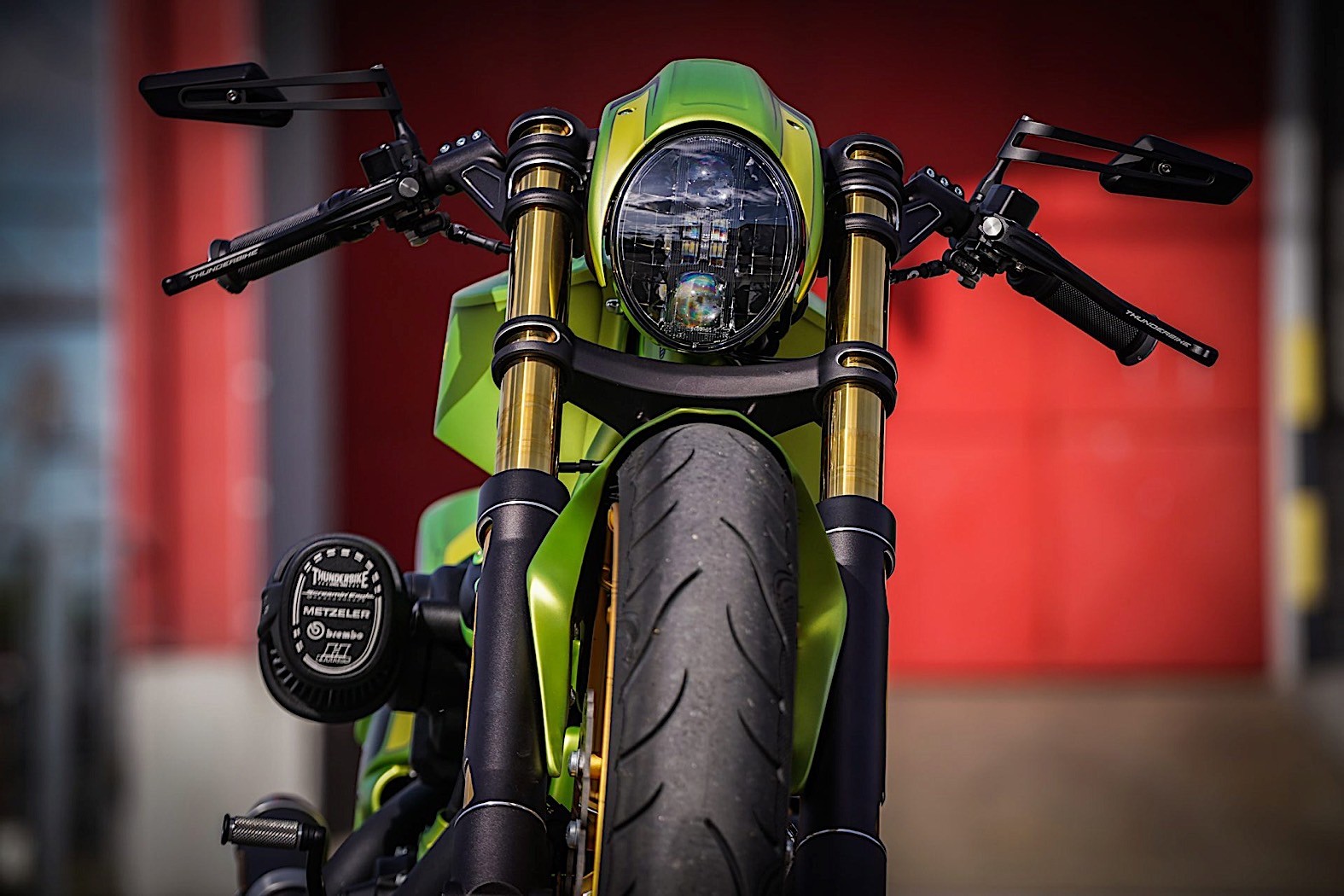 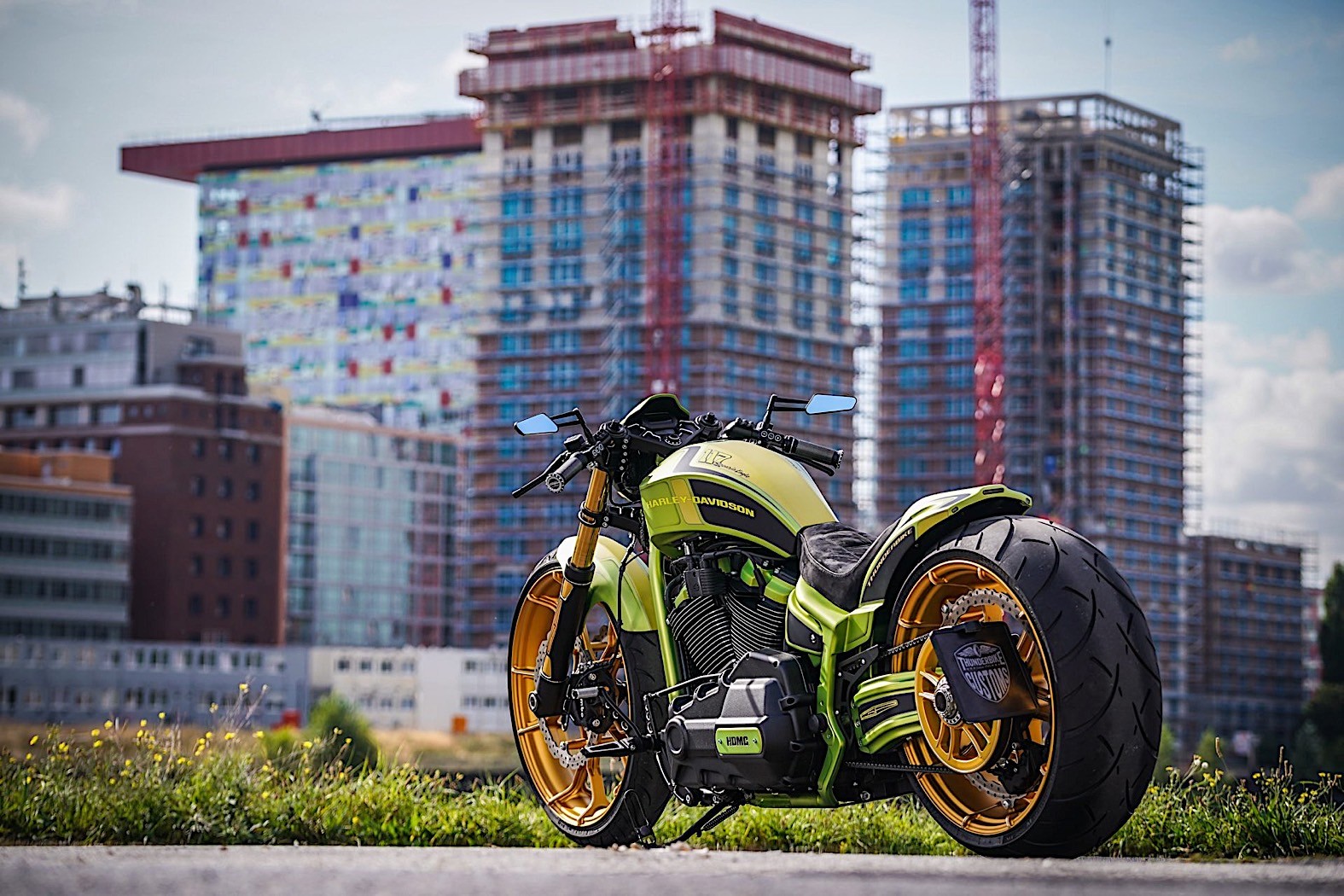 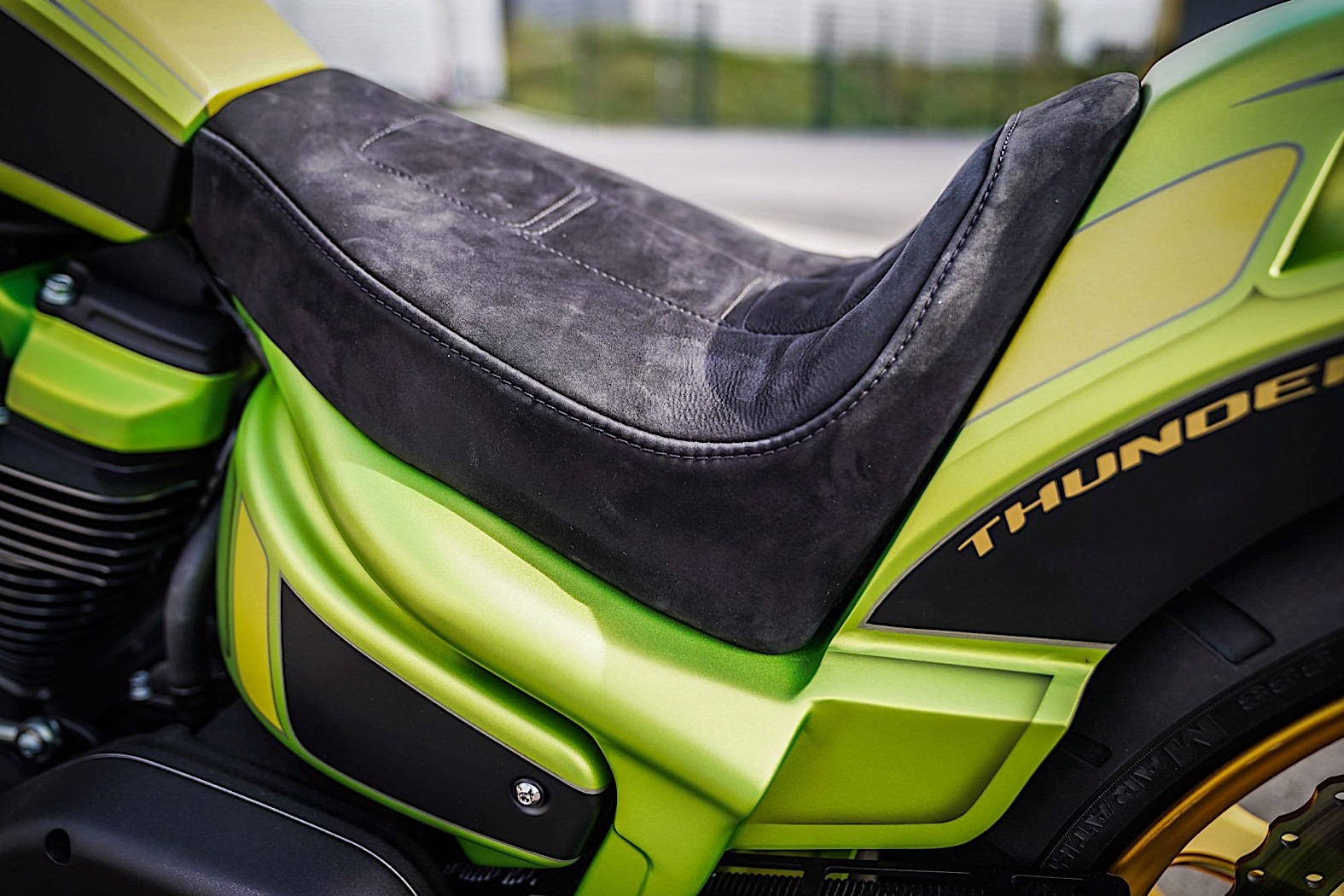 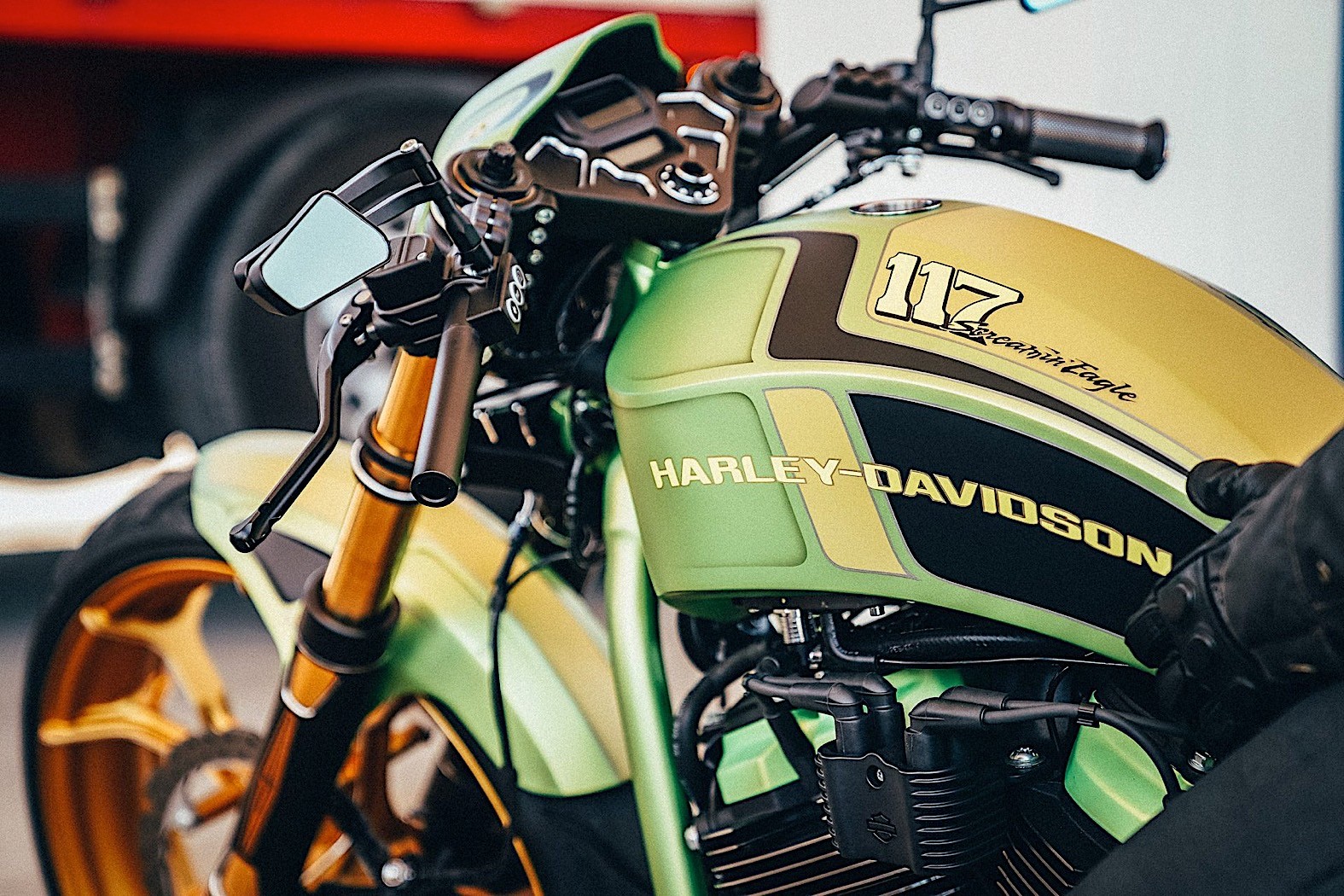