We rarely write about yachts or boats, and the last time we wrote one was about the luxurious Lexus LY 650 yacht that appeals to the one-percenters of the world. But we're employing an exception, as this, the SJ32 luxury fishing boat has something that other performance boats probably don't have – a VTEC engine.

Honda Marine penned an exclusive agreement with SanJuanYachts. This collaboration gives us the SJ32, revealed at the 2019 International Boat Builder's Exhibition (IBEX).

The luxurious fishing boat goes beyond the traditional workmanship of a console fishing boat, and even includes some amazing Honda/Acura cues. Aside from having two VTEC four-stroke engines, the SJ32 comes in a custom thermal orange paint scheme inspired by the Acura NSX. The SJ32, however, is much pricier than the said supercar – twice as much, actually, with a price tag that ranges from $300,000 to $450,000, depending on the options included. Well, guess that's the price to pay for something as cool as this one.

Going back to the VTEC engines, the Sj32 is powered by two Honda Marine BF250 Intelligent Shift and Throttle (iST) electronically controlled outboard motors. With 250 horsepower each, the whole setup has a combined output of 500 horsepower.

You can build your own boat and install a Honda Marine BF250 on it, but the SJ32 is the only boat designed to cater to the Honda engines. And with those outboard motors, the SJ32 can reach speeds of up to 55 miles per hour (88.5 kilometers per hour). 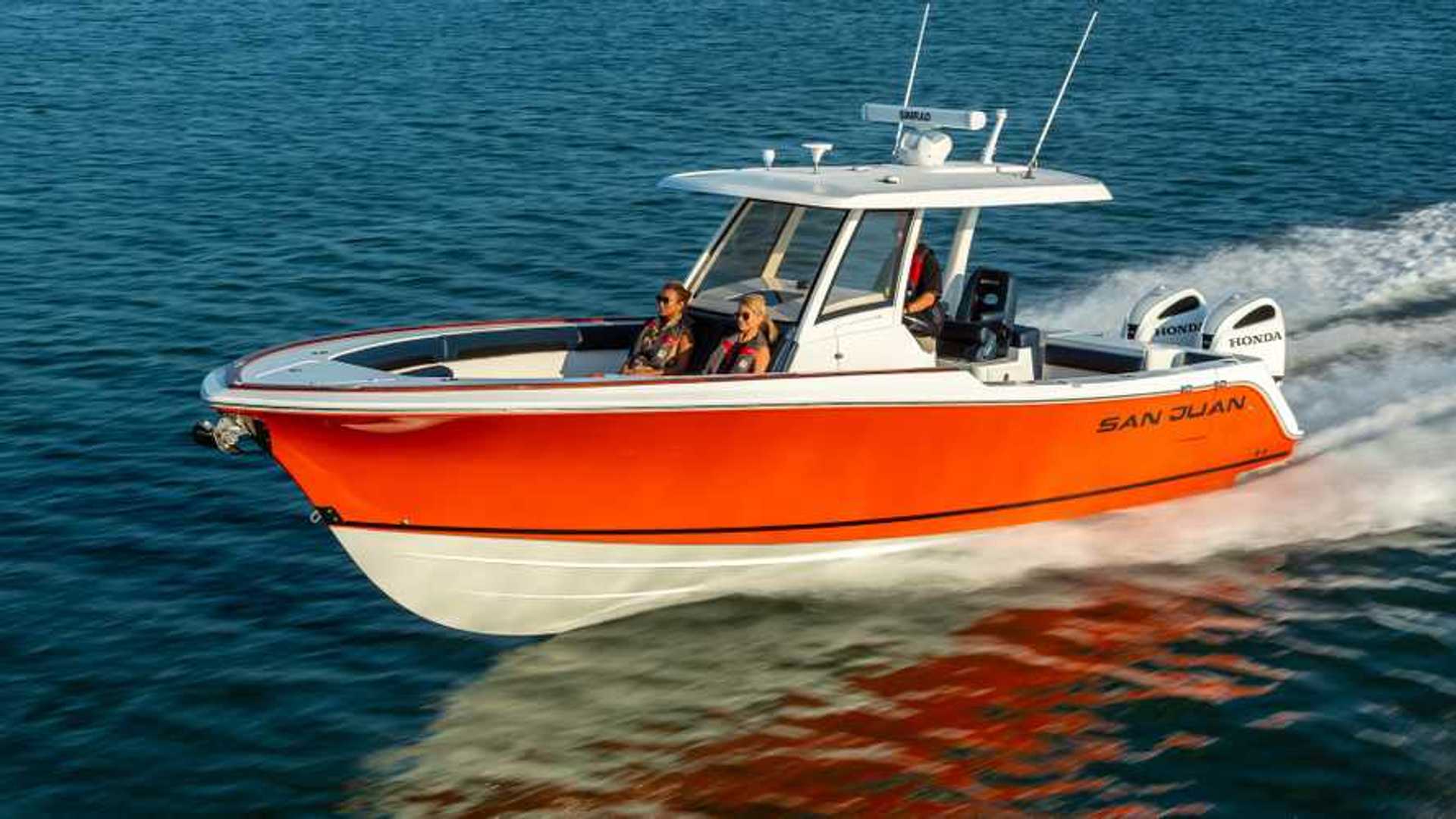 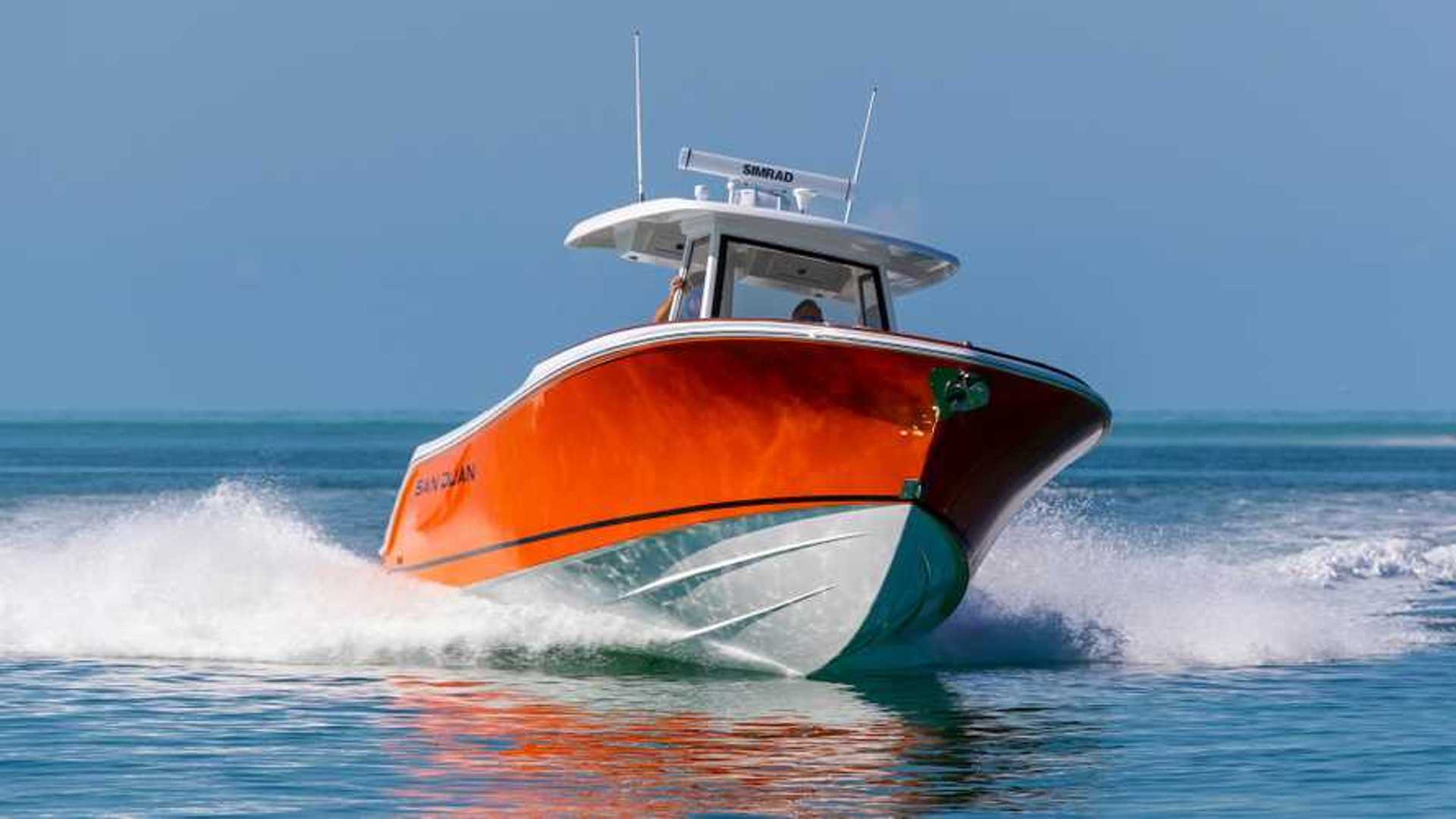 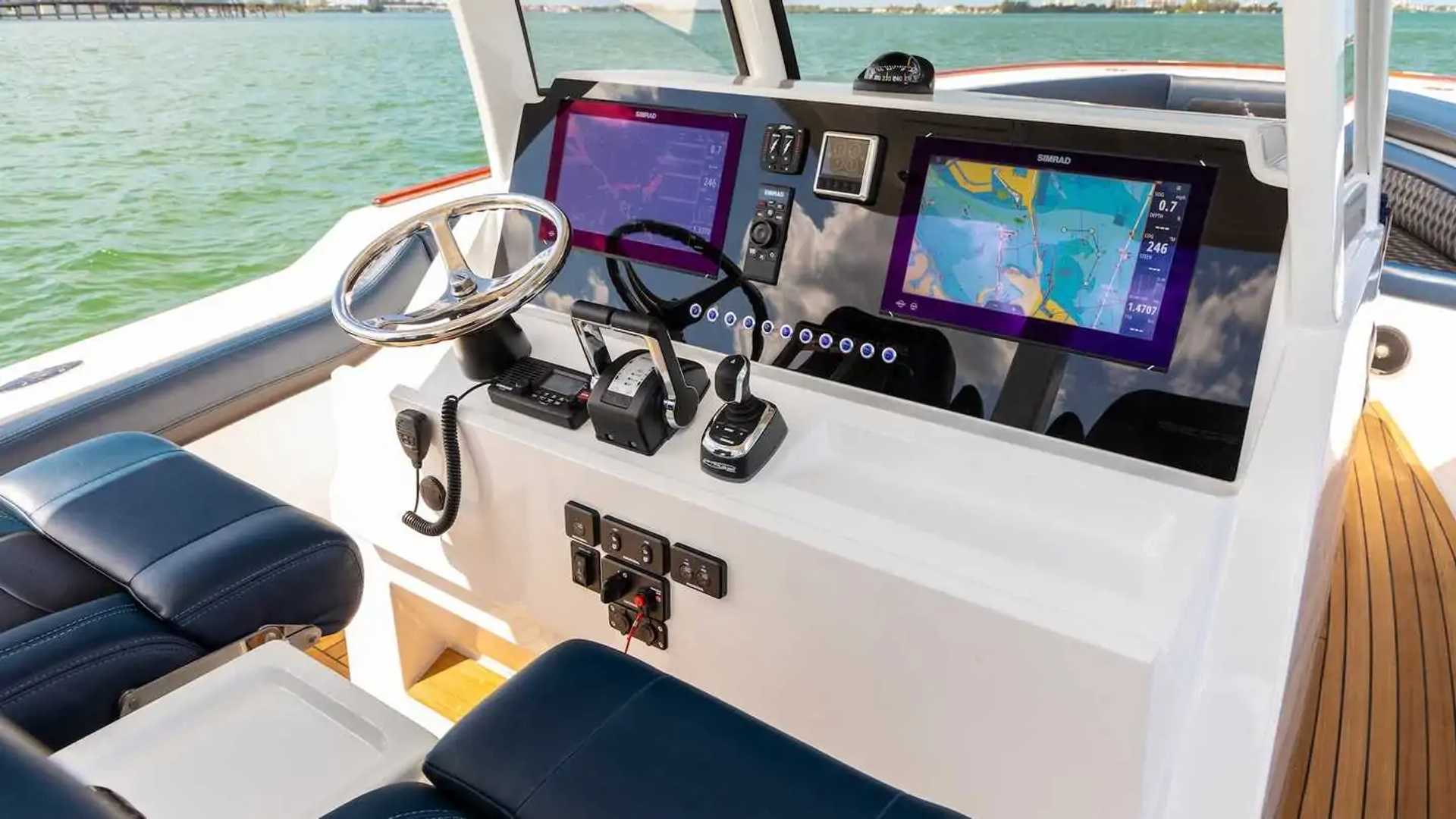