The S800 was one of Honda's first-ever production cars

On its 60th anniversary of launching in the U.S., Honda wants to remind us that its dedication to automotive enthusiasts stretches back well before the current obsession with trucks and sport utility vehicles. So it will embrace its small-car roots and add some motorcycles from its Powersports division next week at SEMA.

As would be expected, there will be several Civic Si builds, which we'll get to in a moment, plus the 1972 Honda N600 hatchback powered by a 800-cc V4 motorcycle engine that we told you about recently. But first, let's step into the time machine.

Here, Honda will show a 1968 Honda S800 Coupe "Outlaw," a custom two-door built by producer and actor Daniel Wu ("Tomb Raider") and based on an original S800, which was one of Honda's first-ever production cars and was also available as a convertible during its short run. Wu had the original 70-horsepower, 791-cc straight-four engine completely rebuilt and added a custom GReddy exhaust with pipes exiting the middle of the car. There's also a custom body kit made by Kei Miura from Pandem with fender flares that broaden the stance by about 4 inches, a custom air dam and a suspension kit that lowers it by 2 inches. It's fitted with widened stock steel wheels and Toyo tires. While we're only given a drawing of the car's exterior, we look forward to seeing the real deal. It has a custom interior with red leather on the seating and wrap on the original steering wheel.

The first is from Honda Tuning for a project by Super Street Magazine. It was designed to test off-the-shelf aftermarket products to determine the tuning potential of the 10th-generation Civic, with all modifications designed to be 100% reversible. The 2018 model gets an intake and intercooler kit, ECU re-flash, a complete front-to-rear exhaust system and a turbo kit with a new downpipes. Inside, there are lower-positioned seats, an adjustable length and height shifter, and an adjustable gas pedal spacer.

Drifting is the name of the game with the Civic Si built by Jeanneret Racing and Olson Custom Works. They took a front-wheel drive Civic chassis and transformed it into a race-only Formula Drift vehicle, with an astonishing 926 horses sent to the rear wheels after extensive modifications to the K24 engine. There's also a big rear wing.

Lastly is another Super Street project, a 1999 Civic Si that won the Civic Si Challenge in 2000, which asked contestants to modify the car with a $10,000 budget. Today, the Super Street Honda Civic Si, which features a white flame paint job and a rear wing spanning two black shark-fin mounts, lives on as this preservation by Honda, and also as a 1:18-scale Hot Wheels model.

Meanwhile, Honda Powersports will show off a racing version of its Talon side-by-side off-roader and four motorcycles, including a City Slicker Super Cub with a two-tone green and off-white paint job, chopped and shortened front and rear fenders, and custom exhaust.

SEMA kicks off next week in Las Vegas. 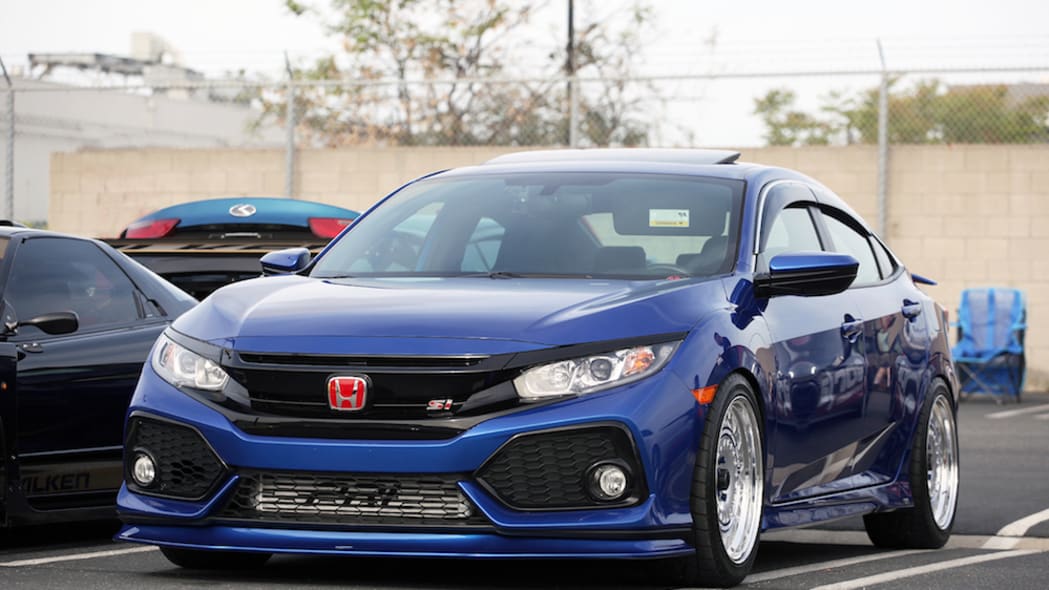 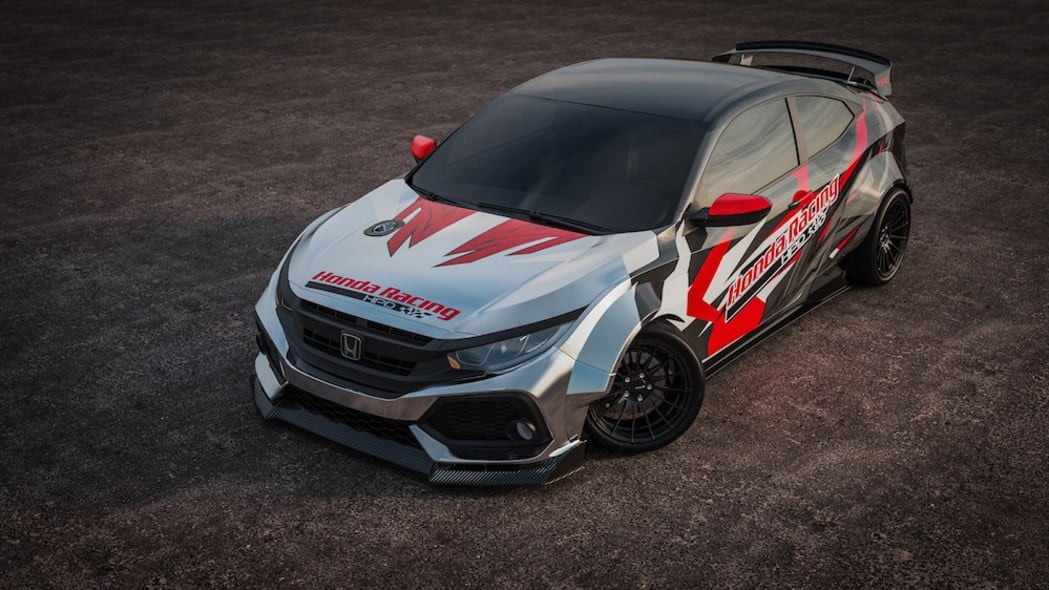 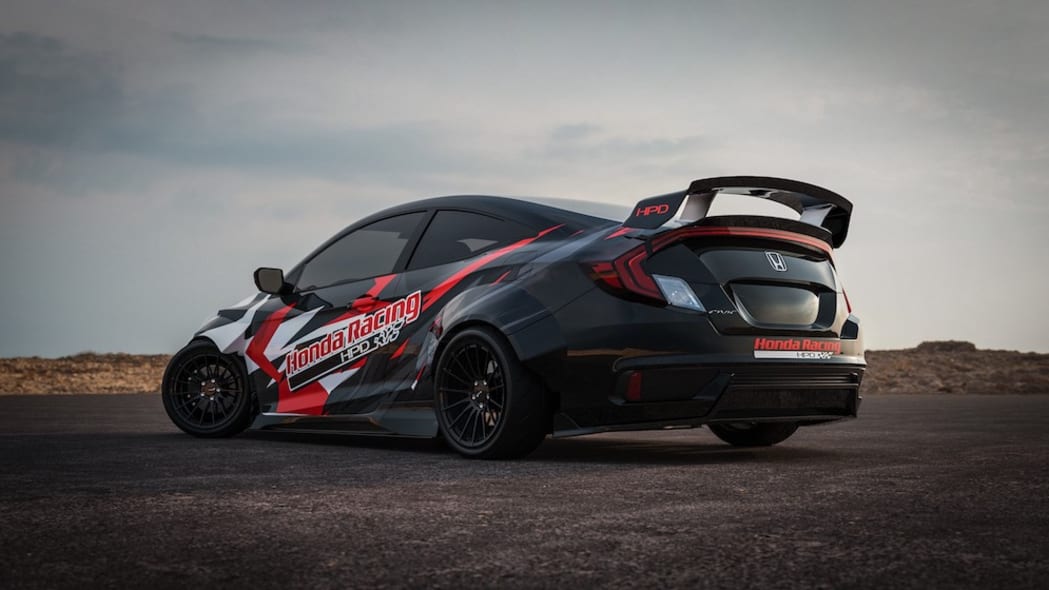 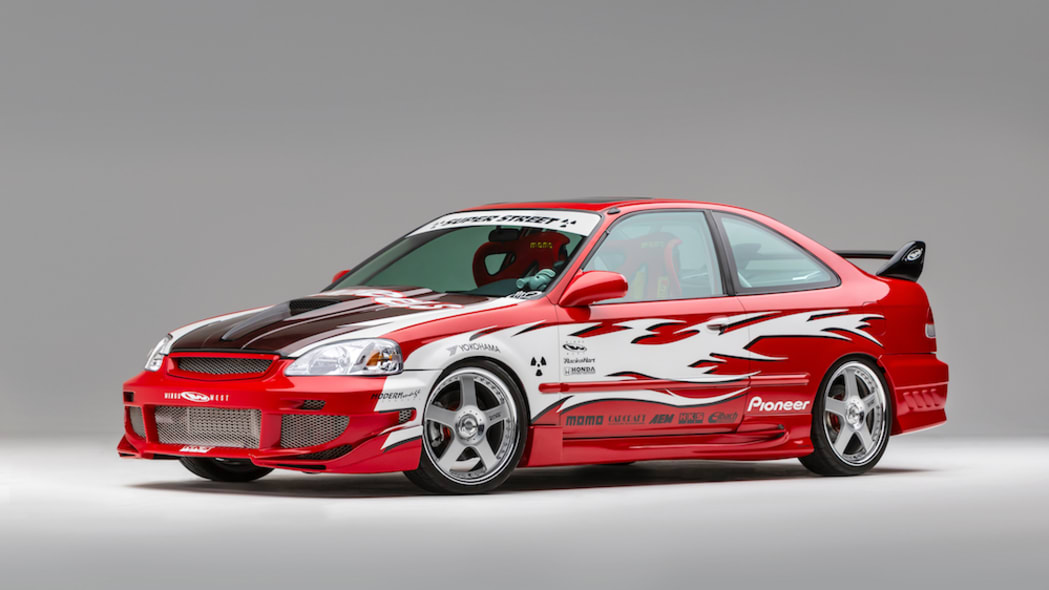