Hyundai is presenting the next stage in the development of its design philosophy with the new Prophecy concept. Originally planned for a debut at the canceled Geneva Motor Show, the study is now making its online debut to preview the direction in which the South Korean manufacturer will continue to evolve its Sensuous Sportiness corporate design path.

The brand boldly claims the sporty silhouette of the concept, combined with its short overhangs and prominent rear fascia, creates the "ultimate automotive form." The showcar rides on a new platform for electric vehicles, which allows for the use of "pristine surfaces and pure volume in combination with aesthetic harmony and functionality."

"We have brought to life yet another icon that establishes a new standard for the EV segment as well as pushing Hyundai's design vision to even broader horizons," SangYup Lee, director of Hyundai's design center, comments. "A part of that expansion is what we call Optimistic Futurism, a design concept embodied by Prophecy. With Optimistic Futurism, our aim is to forge an emotional connection between humans and automobiles."

Taking after the 45 concept from last year, the Prophecy incorporates some of the ideas of its predecessor but takes them to the next step. For example, pixel lamp lights are now used for the headlamps, taillights, and spoiler, bringing associations to the battery pack that provides power for the electric powertrain. Hyundai says the pixelated lamps will be carried over to production models of the brand relatively soon.

The Prophecy is envisioned as an autonomous machine and there's no traditional steering wheel inside the cabin. Instead, there's a pair of joysticks that provide "a completely new yet reassuringly familiar and intuitive driving experience." This advanced human-machine interface also allows the driver to control other functions of the car easily and safely, claims the automaker. 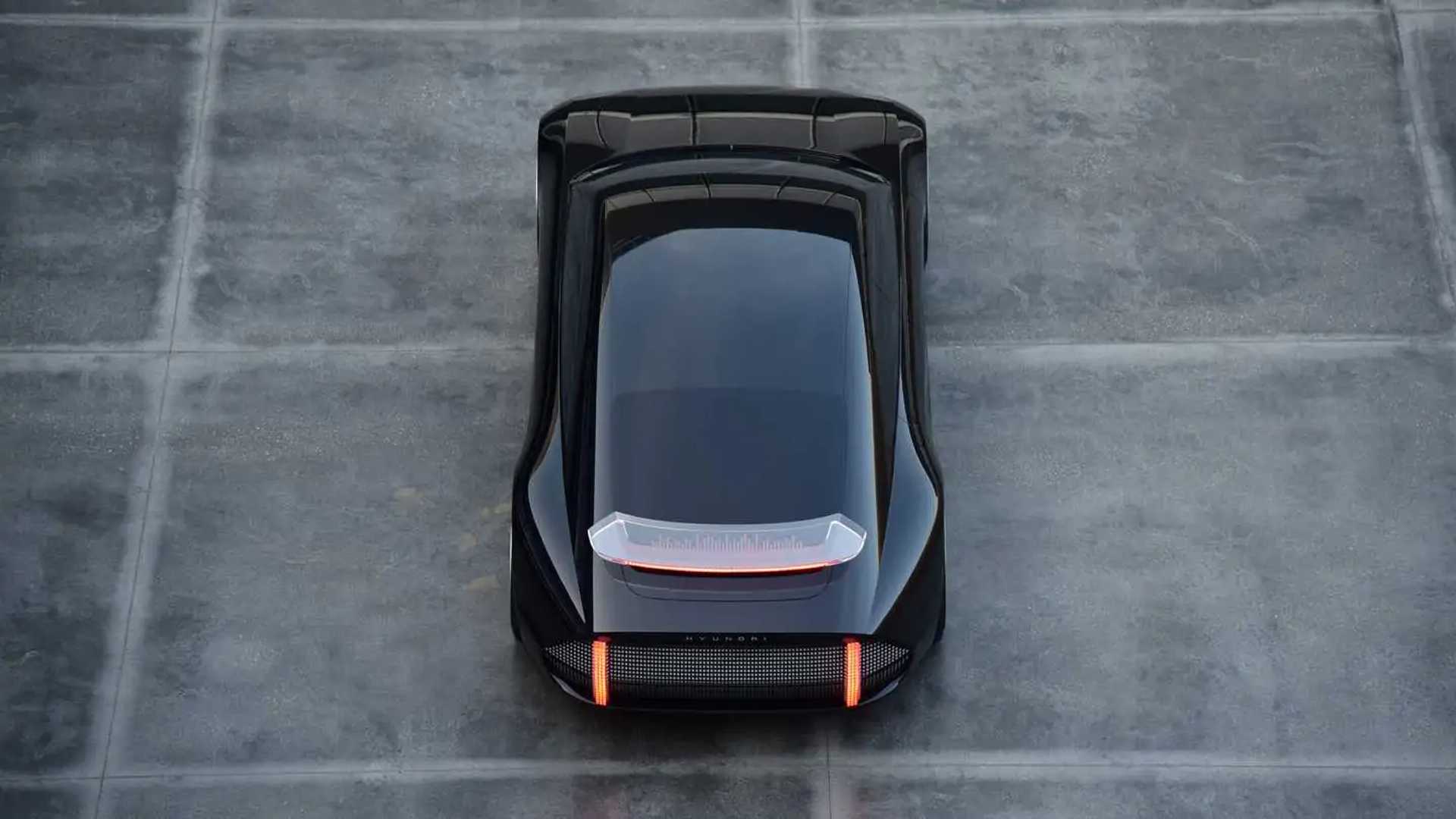 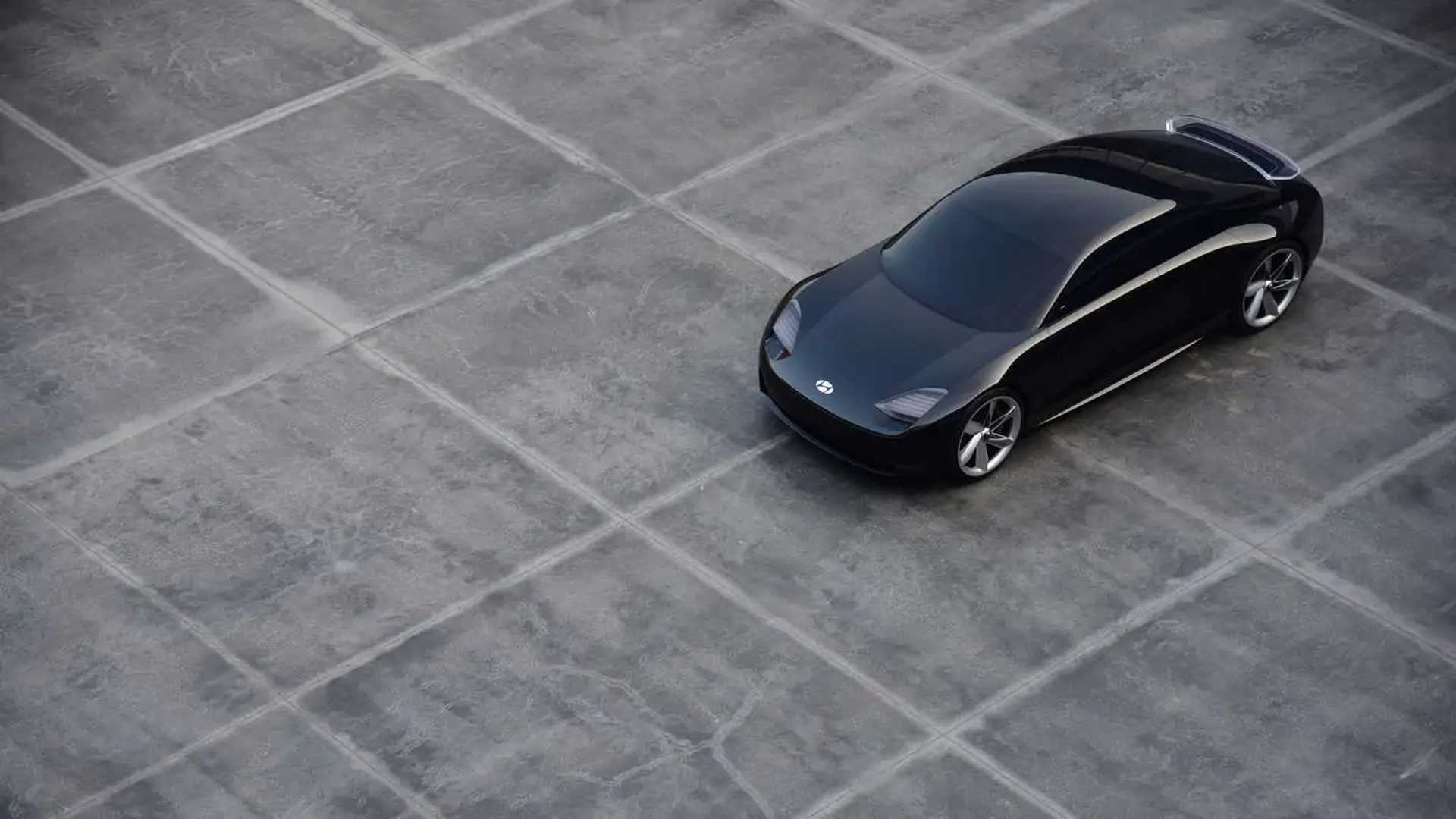 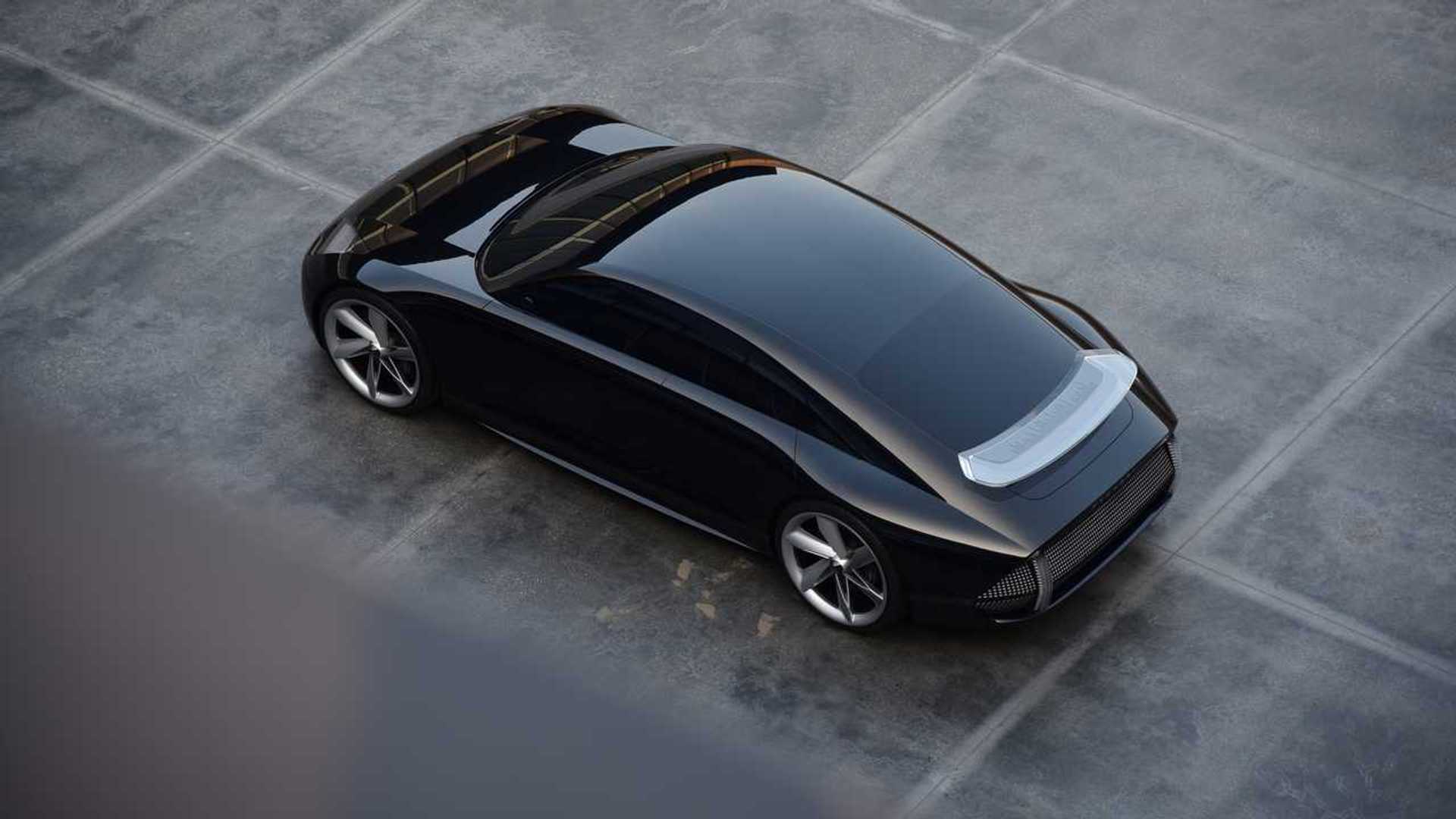 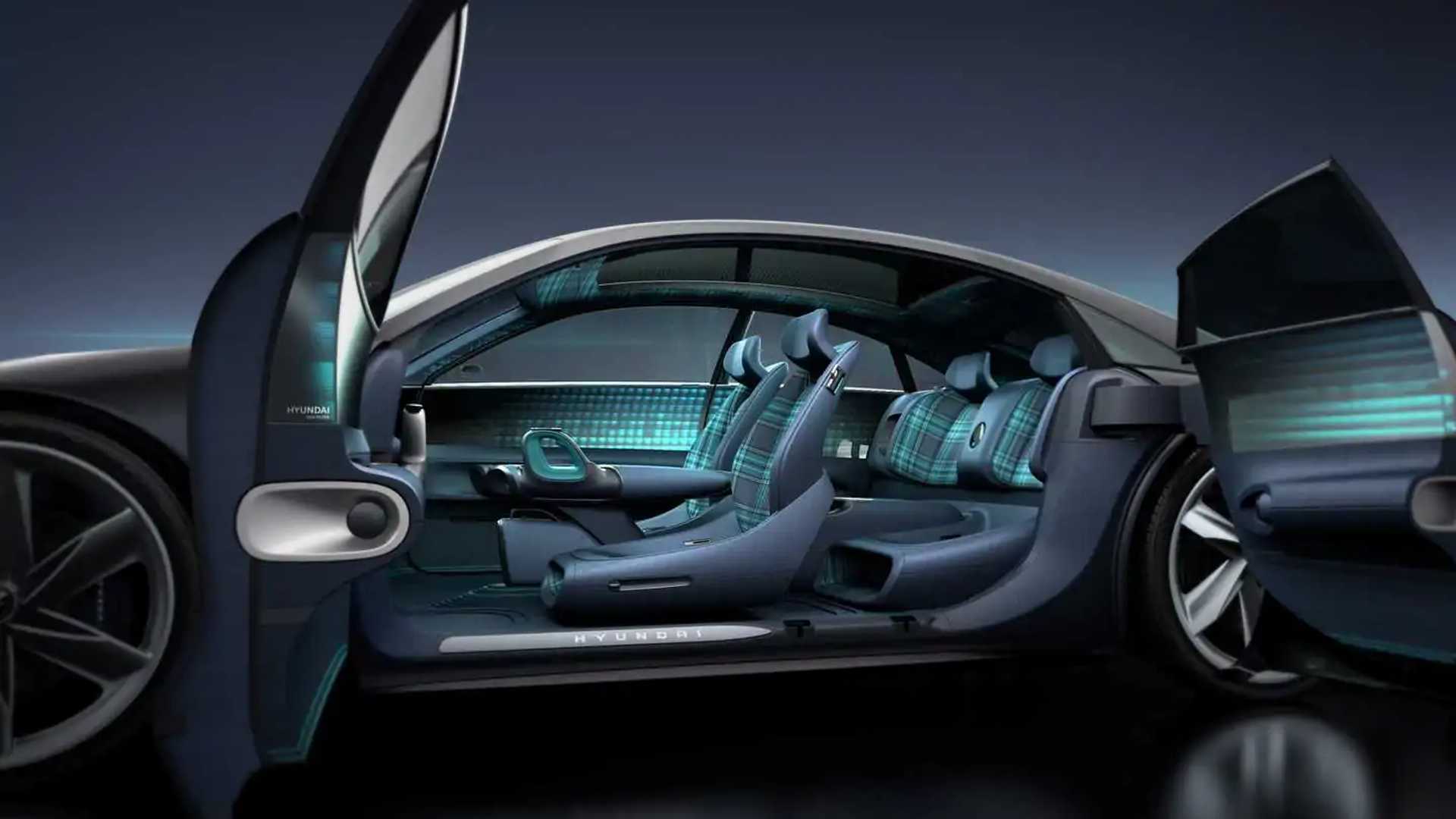 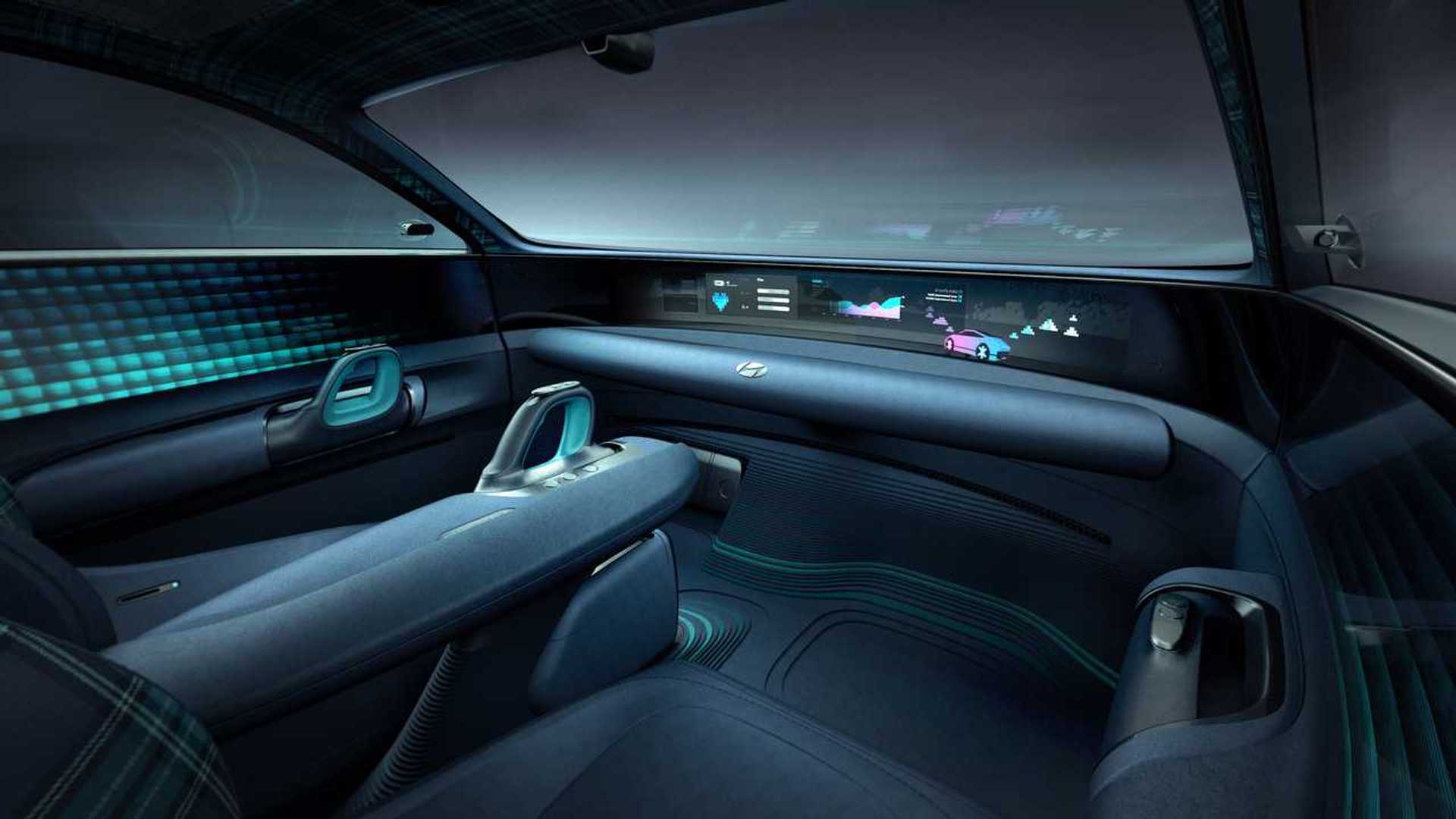