Hyundai will reveal the new Tucson on September 14.

Next Monday, Hyundai will reveal the next-generation Tucson crossover. The teaser campaign is already in full swing, with photos showing the model receiving a substantial and stunning redesign. However, the design is just one part of the next-gen Tucson's enticing equation. A new report from South Korea's Autospy.net allegedly reveals the output for both the upcoming Tucson N Line and the full-blown N model.

According to the report, the next-gen Tucson N will sport a turbocharged 2.5-liter four-cylinder engine that'll make 290 horsepower (216 kilowatts) and 310 pound-feet (421 Newton-meters) of torque. The less-powerful N Line will feature a hybrid powertrain, utilizing the brand's 1.6-liter four-cylinder. The combined output is 230 horsepower (171 kW) and 258 lb-ft (350 Nm) of torque.

The report also reveals the regular Tucson will feature a non-hybrid 1.6-liter making 180 hp (134 kW) and 194 lb-ft (264 Nm) of torque. It's not clear if there'll be other engines, or if any of them will reach the US, though there's a high likelihood of that. The teaser campaign has revealed much of the crossover's exterior design with the lighting elements at the front and rear drawing the most attention.

Hyundai also teased the interior, though they're renderings rather than actual photos. However, we can see that it's packed with technology. There is a digital instrument cluster, while the large, 10.25-inch infotainment display appears to feature a flying buttress design. The automaker will make the crossover in two wheelbase lengths – a long version for the US, China, and Korea, and a shorter wheelbase version for Europe and the Middle East.

We don't know if Hyundai will reveal the entire Tucson lineup on Monday or roll out the standard model, but we hope we will get all the details soon. Hyundai has an attractive product on its hands, and a sporty, nearly 300-hp version sounds fun. 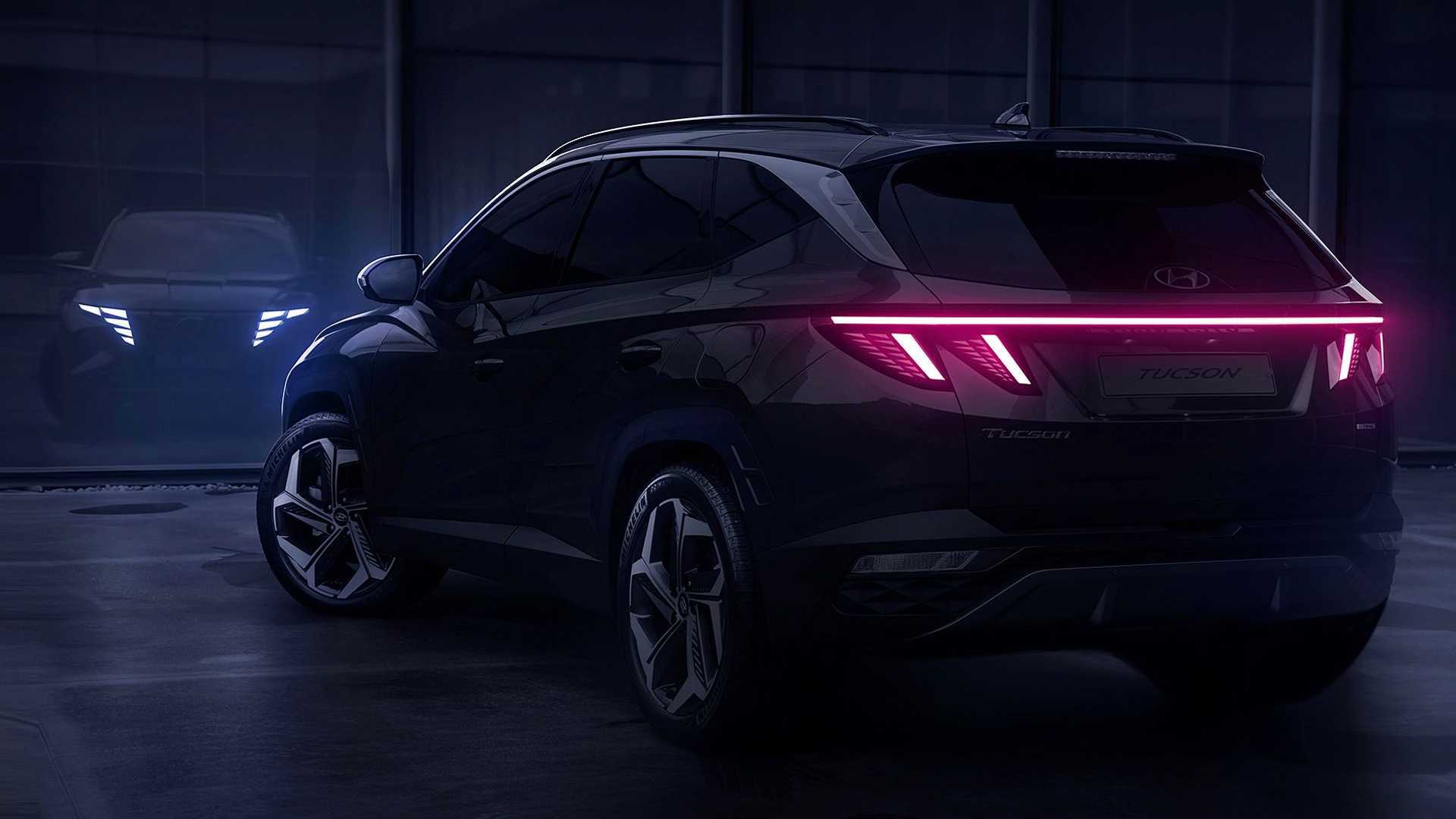