If Automakers Made Motorcycles, This Is What They'd Look Like

These bikes take the core of the automotive brands and distill the essence down to two wheels.

Many automakers dabble in building motorcycles, in addition to selling four-wheeled transportation. In a case like Volkswagen Group and its ownership of Ducati, the parent company runs the bike business under completely separate branding. Conversely, BMW and Honda make no effort to hide their involvement in the cycle business.

These renderings run with the concept of imagining a variety of automobiles and car brands as their motorcycle equivalents. See if you agree with how these vehicles transform from four wheels to two. 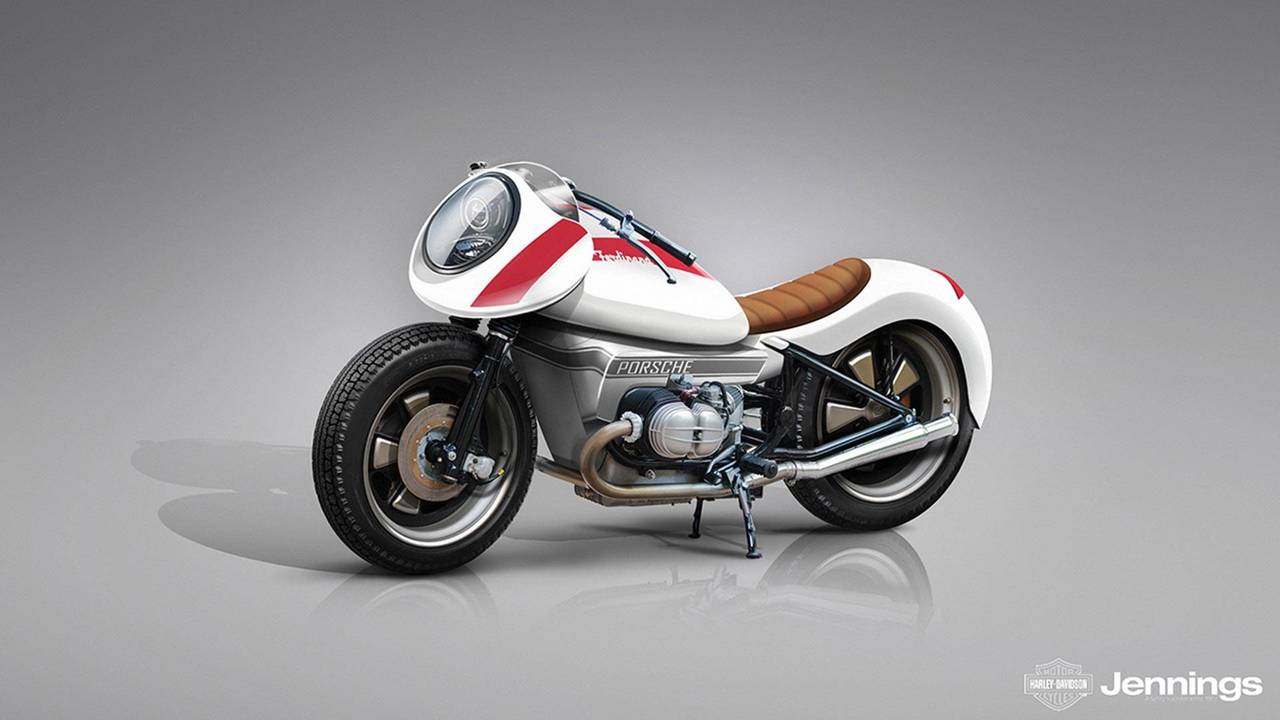 Porsche has also worked on motorcycles in past. In 2002, it worked with Harley-Davidson to develop the 1,131-cubic-centimeter V-twin for the V-Rod motorcycle.

This bike opts for Porsche's traditional boxer engine layout. However, we can't imagine BMW would be very happy about another German company offering a bike with a flat-twin given its long history with the layout.

The rendering's design has a somewhat retro aesthetic because its curves evoke models like the 356 and early 911. The Fuchs-inspired wheels like the ones on these classic vehicles are an attractive touch, too. 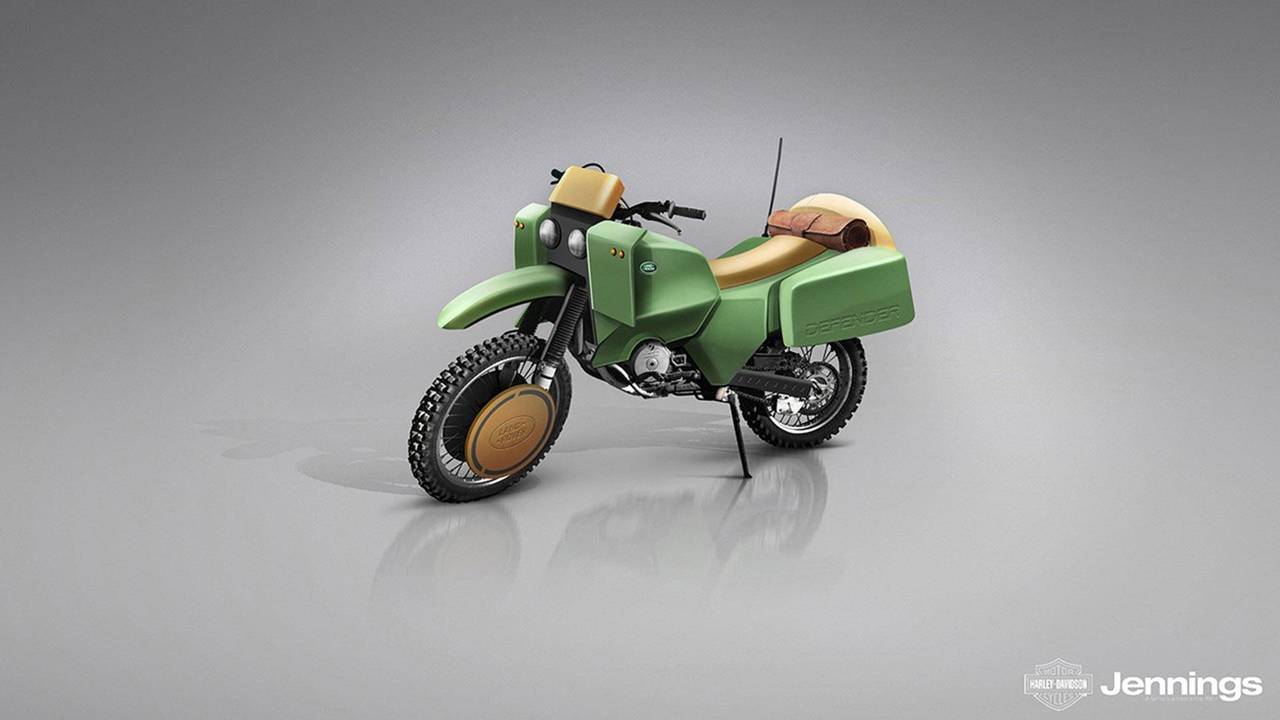 Along with models like the Jeep Wrangler, Toyota Land Cruiser, and Mercedes-Benz G-Class, the Land Rover Defender ranks among the icons of off-roading. This reputation makes one of these famous British SUVs perfect for imagining as a dirt bike.

Dual headlights and a chiseled appearance are the major elements from the Defender that appear on this motorcycle. Dark green paint is a definitive color on these SUVs, too.

The long-travel suspension and high mounting point for the engine would let this fictitious bike negotiate harsh terrain. Plus, The suede tool bundle on the seat hides some high-end style that matches modern Land Rovers. 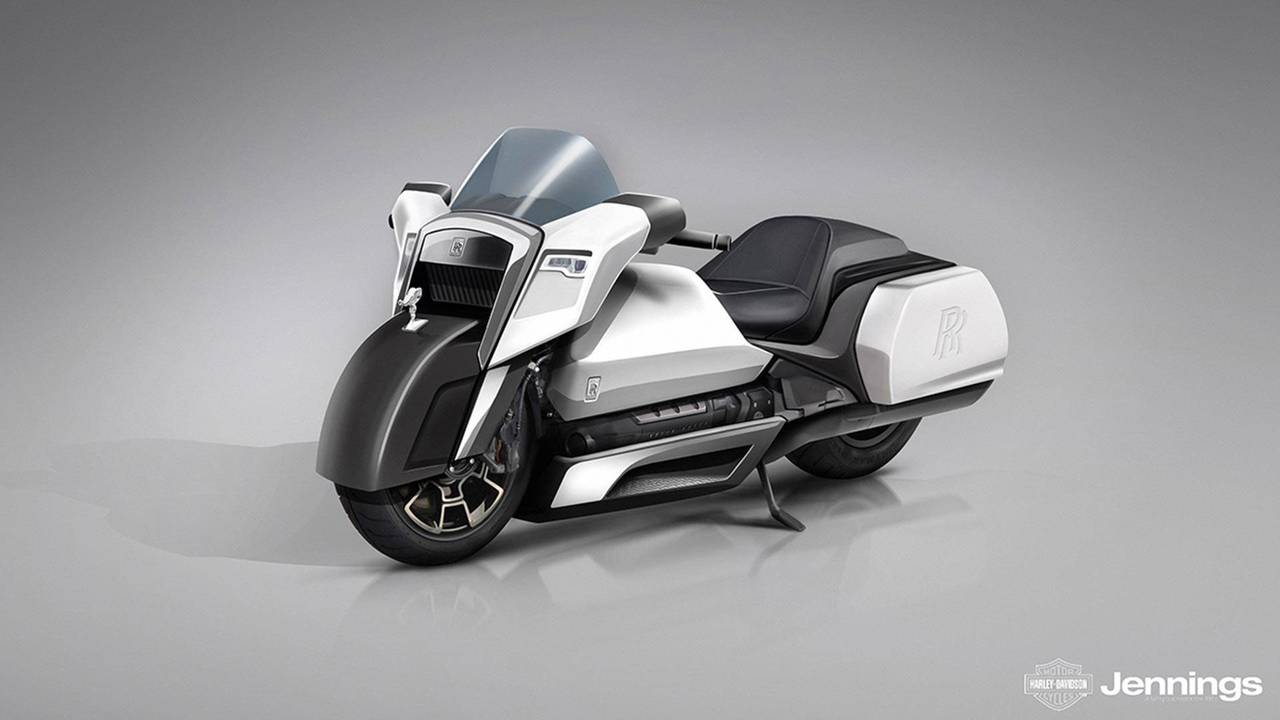 Given Rolls-Royce's legacy for luxury, a big, comfy touring bike would be the obvious choice for a motorcycle from the brand. With its nearly rectangular headlights and big, chrome grille, this design immediately evokes the look of the Rolls-Royce Ghost.

The result is reminiscent of BMW Mottorrad's own K 1600 B but makes all of the design elements even more pronounced. 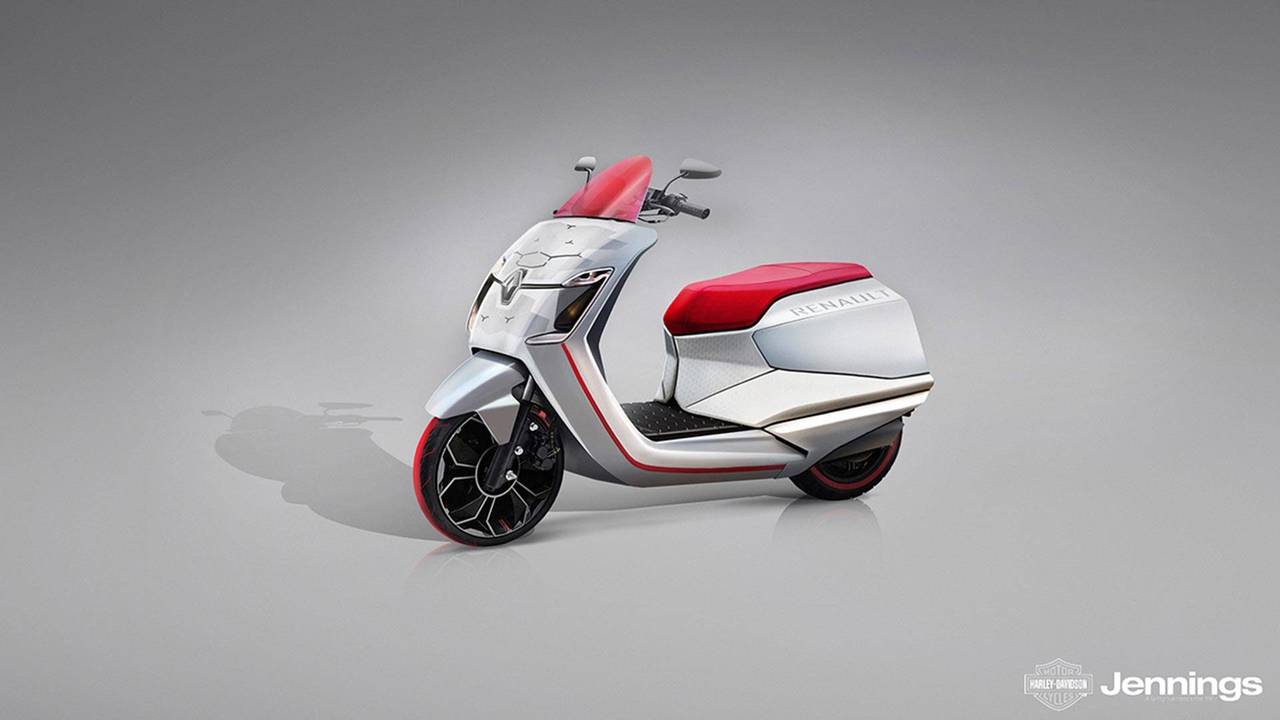 Renault actually has a history in the two-wheeled market, including having its branding on a few scooters. None of them have looked like this rendering, though.

Because of Renault's current electrification push, making a scooter an EV would make the most sense. 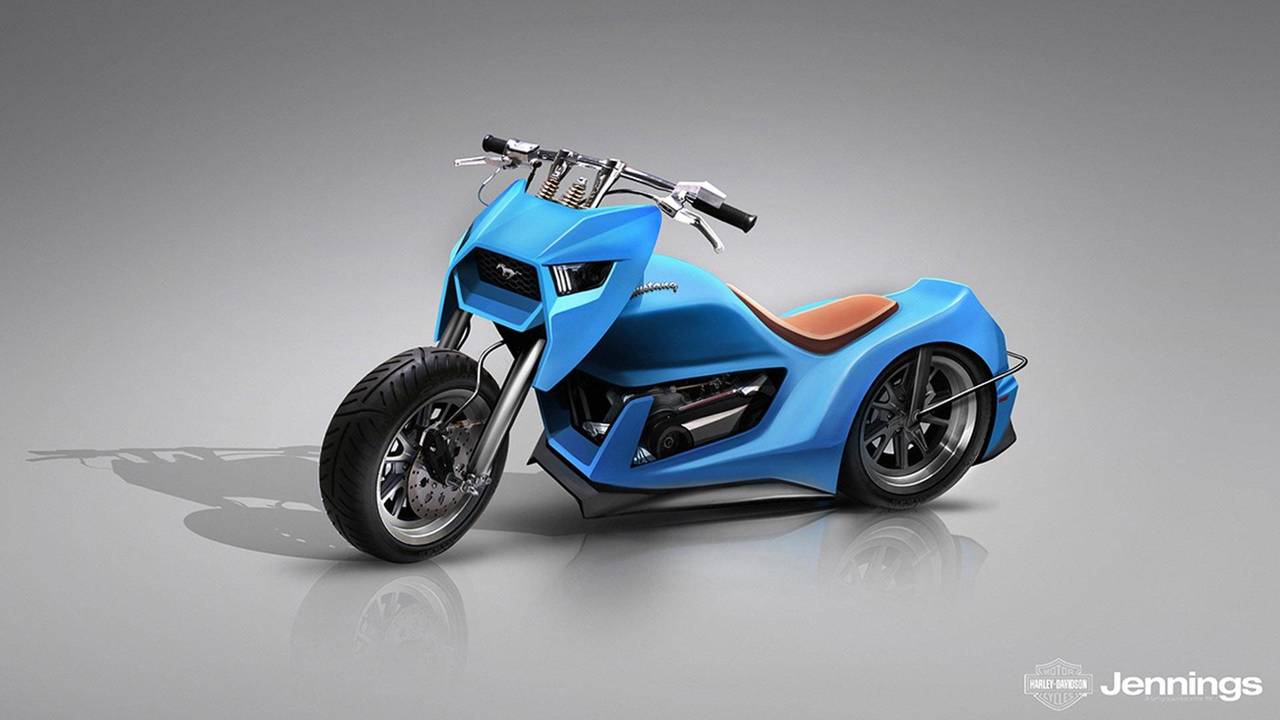 Choppers are about looking good and going fast in a straight line. While certain models of the Ford Mustang have no problem with handling curves, this rendering taps into the pony car's reputation for having some serious muscle.

This design really only retains the current Mustang's front end, including an angular grille surround and trapezoidal headlights. The rest of the bike exudes a classic chopper aesthetic of going for style over comfort. 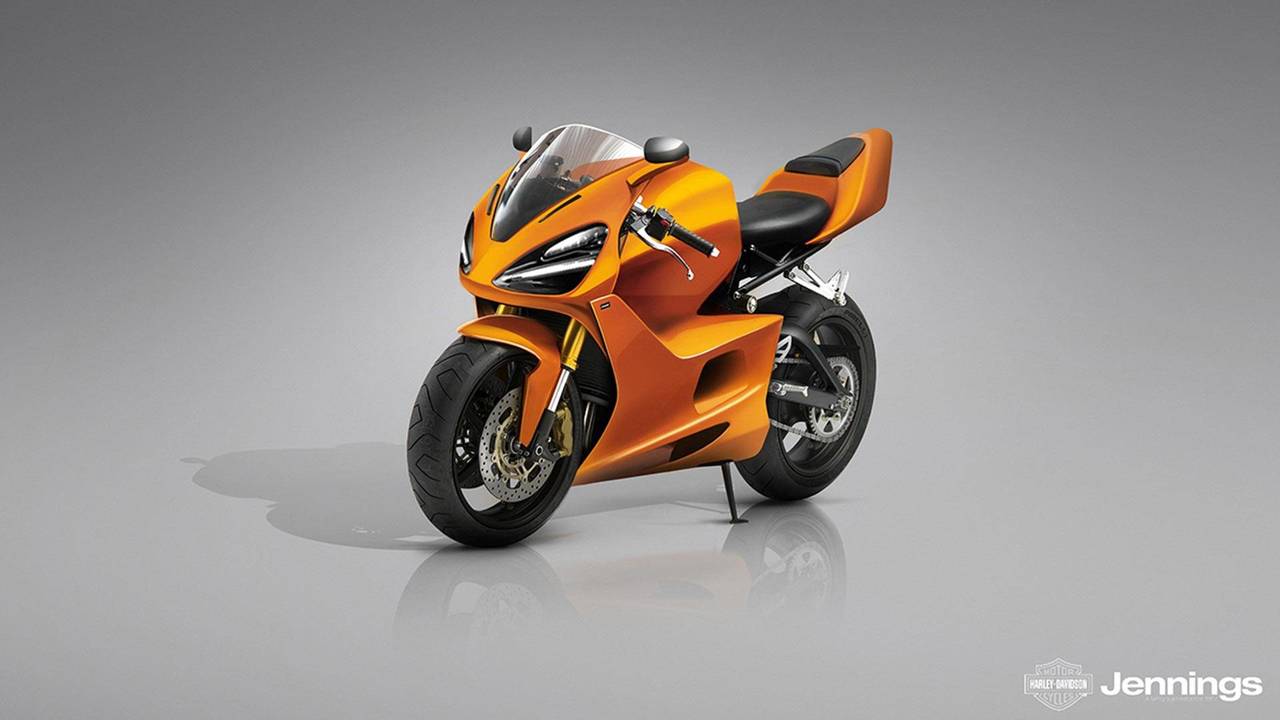 McLaren has now established itself as a major player in the supercar segment, so maybe it's now time to expand into sport bikes. This rendering design adapts elements from the 720S, especially the headlights and hood intakes, but shrinks these cues to fit on a motorcycle. The company's signature papaya orange is just as eye-catching on two wheels, too.