The Infiniti Cybertruck Rival Looks Like a Cool Land Yacht Why did Tesla make a truck? Well, if you want to play a big part in the American market, you kind of need one.

The F-150 is the most popular Ford, for example, and FCA probably couldn't make money without the RAM 1500.

Even so, people think it's unwise for Tesla to be rocking the boat that much. While certainly original, the design of the Cybertruck cuts against the grain of trucking. Considering we're dealing with about a century of evolution, that might not be smart.

We know that Tesla will have some rivals too, most notably the electric version Ford has planned for the F-150 and the Rivian R1T. But today, we're going to look at something purely theoretical, the Infiniti utility EV.

Infiniti as a whole has repeatedly shown interesting electric car concepts but never put any of them into production. The problem is that it's a brand almost exclusive to the American market, so any product it sells needs to be designed accordingly. The closest Nissan's sub-brand got to an EV was a supposed luxury sedan based on the Leaf.

However, that's looking to change, as we have fresh but reclusive concepts this year. The QX Inspiration is said to be an EV crossover preview and was joined by the Qs Inspiration, probably a China-exclusive sedan.

Polish graphics artist Karol Proba has a vision that even more radical than Infiniti's. His concept for a pickup is called Quick-x and looks like a pure lifestyle kind of pickup. We'd imagine this being used by a surfer or a mountain biker.

It's certainly not going to carry a half-ton payload but looks unique, even compared to the Cybertruck. The stand-out feature is the super-raked windshield, which goes from the nose of the car to the end of the cabin. Combined with the slim headlights, this looks like an angry coral reef fish. 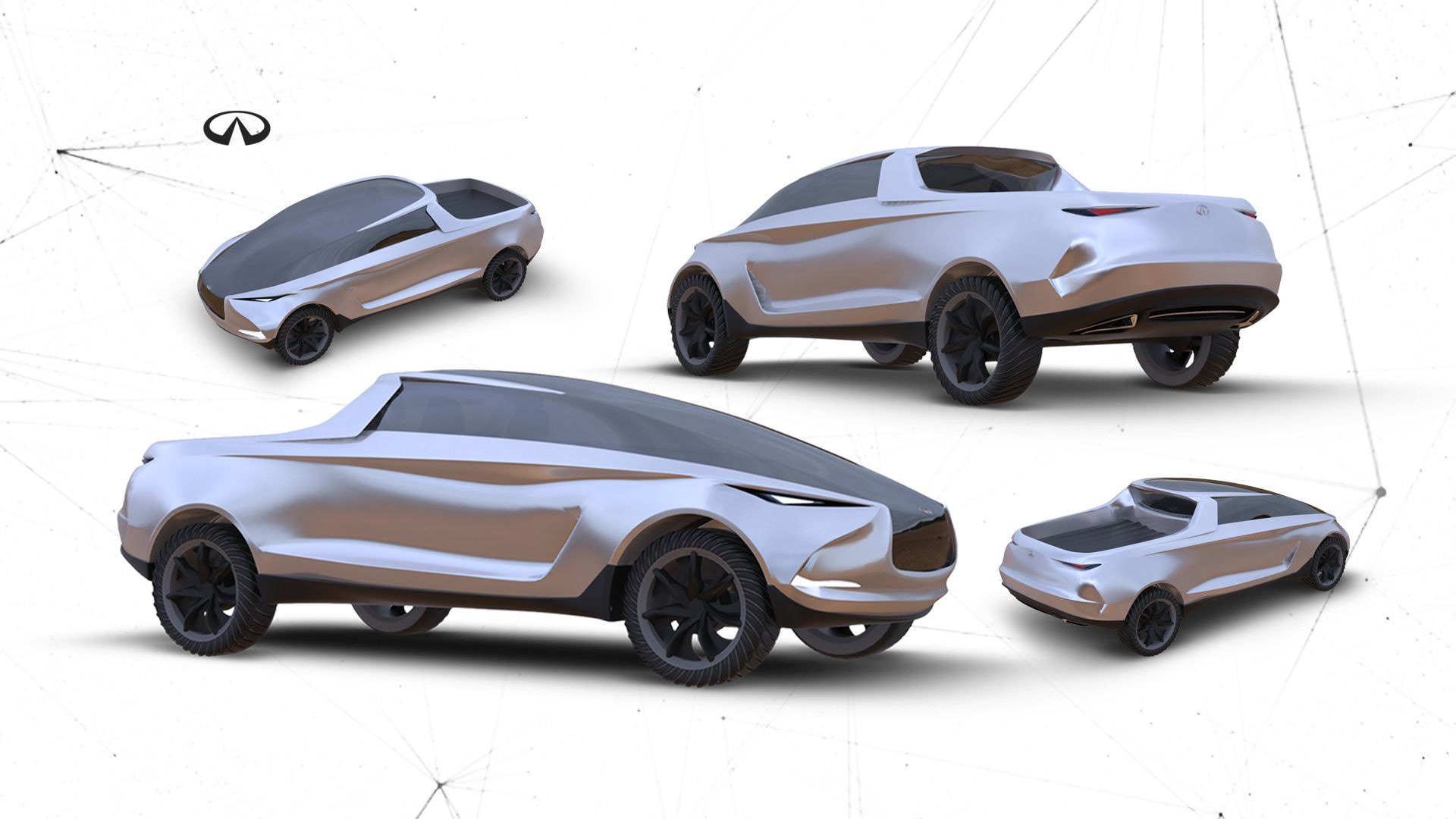