Yes, virtual models and influencers are a trend these days, so be prepared to (re)meet Imma.

Much to nobody's surprise, she comes from Japan and she now drives a Porsche Taycan, at least in the way a CGI model can have a relationship with an electric vehicle.

Imma's Instagram description makes it clear that we're dealing with a "virtual girl", one who is interested in Japanese culture and film. She was born in the summer of 2018 and, at the time of this writing, she has 160,000 followers, while most of her Insta posts are over 9,000. Of course, she also hangs out on other social media platforms, so you'll also be able to accept her synthetic reality on Twitter.

Well, Porsche has decided to gift Imma with a Taycan and nothing but the best would do, so we're looking at the 750 horsepower Turbo S.

This collab might just be more important for the pixel girl than it is for the automotive producer. For one thing, Imma delivered a pair of Instagram posts with her posing next to the EV, while Porsche brought both pics into a single post.

Interestingly, if we spend a bit of time checking out the computer-generated model's Instagram page, it appears she has a thing for machines connected to the Volkswagen Group - check a part of the posts at the bottom of the page and you'll understand. As for the rest of the media down there, you'll be looking at some of the most captivating shots the virtual model has delivered to date.

Imma's name is inspired by a Japanese word that means "now", while her looks clearly reflect the reality of the country's pop culture, from her hairstyle to her outfits. So, perhaps she might just wish to add a second Porsche to her virtual garage one day and go for a RWB, especially now that Akira Nakai has also started working on water-cooled Neunelfers... 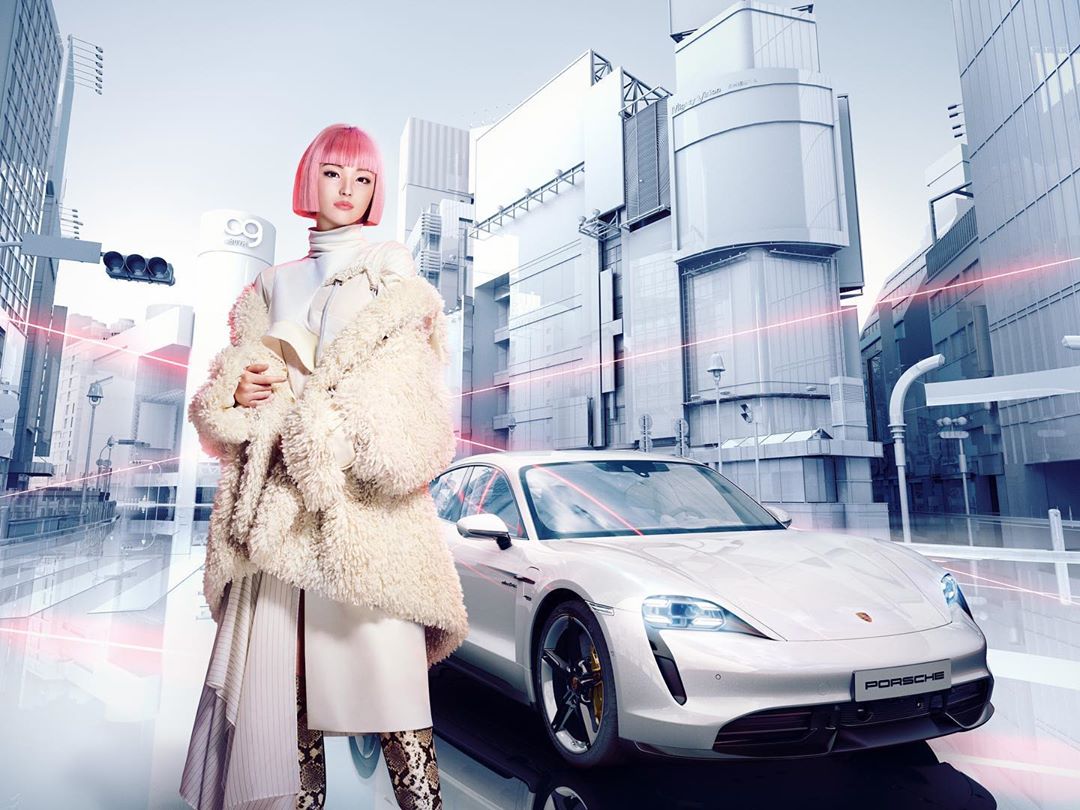