Can you find your soul?

Once upon a time, a broken website link would take internet-browsing folks to a boring 404 page-not-found error screen. Actually, many websites still do that, but not Kia's customer-facing site in Canada. Broken or mistyped links will open up one of three amazing worlds filled with wonder, humor, and one Kia Soul hidden somewhere in a classic Where's Waldo style search.

Before you load a broken Kia Canada webpage for yourself, you can see all three images slightly scaled down in our gallery below. The depictions don't have official names, but we've elected to call them Alien World, Ocean World, and the North Pole for what should be obvious reasons. Kia made no official announcement about this so we assume these are the only three. After manically refreshing a bad Kia link for the better part of 15 minutes this was all we got, but who knows what could materialize in the future?

Here's a minor spoiler. It's not hard to find the missing Souls but be aware that, on some monitors, you may have to scroll around to make sure you see the entire image. That said, it's arguably more entertaining to see what other details or potential Easter Eggs are hidden in these pages. For example, Alien World includes a building labeled Degrassi Junior High, a well-known Canadian TV show for teens back in the late 1980s. Meanwhile at the Academy of Cropcirculture, we see aliens are taught to make crop circles the same way Earthling hoaxsters do. Well played, Kia.

Jump over to Ocean World and you'll see quite a few mermaids swimming around. Look closely underwater to find a curious individual apparently using an underwater breathing helmet as a toilet. And are the lifeguards actually Royal Canadian Mounted Police? Without the horses, obviously.

For that matter, the North Pole has actual Mounties, and one of them is giving Santa Claus a speeding ticket. That's preferable to the fate facing ski jumpers, all of whom are being watched by the Grim Reaper. There's also a suicidal snowman facing down a train, but it's not all doom and gloom. A hockey fight is about to break out near the middle of the screen, and actually, you'll find hockey and Mountie references in each scenario. Hey, it's Canada after all.

If you find any other neat discoveries, share them in the comments. Now go and have some fun. 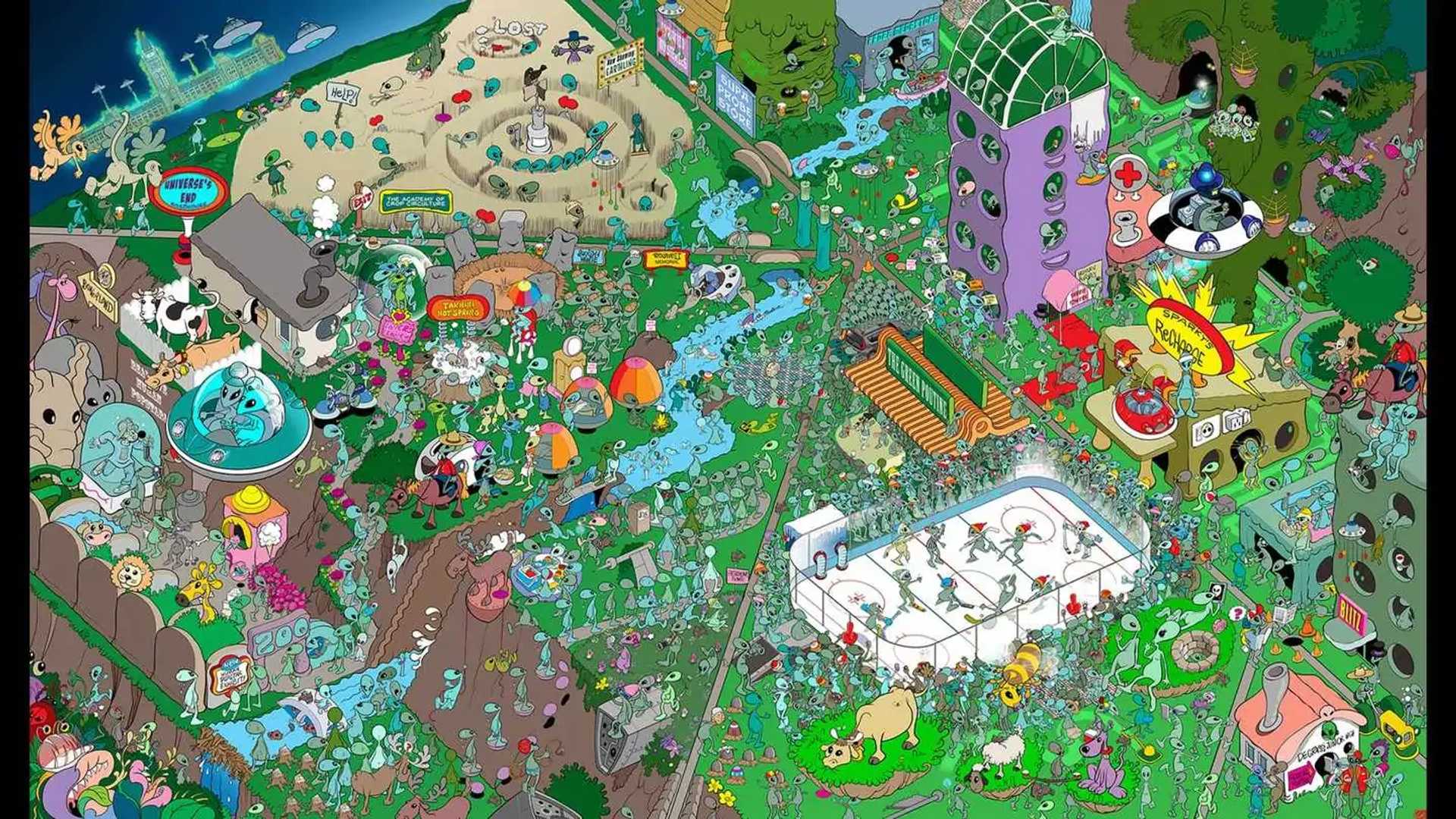