Following up on the dark and sinister Batman Optima that we saw revealed in New York City a while back, Kia has come to SEMA with a selection of super hero-inspired cars for your viewing pleasure.

DC Entertainment has offered up its well known Justice League cast of characters for Kia-fication. Flash has lent his livery to a Kia Forte Koup, Green Lantern gets a Soul, Cyborg a Forte Five-Door and the much-lampooned Aquaman (he talks to fish) has inspired a Rio Five-Door.

The cars are sure to get the comic community at least a little fired up, which is great, because all will be auctioned off for charity at the conclusion of this year's show. The charity in question, We Can Be Heroes, dedicated to fighting hunger in the Horn of Africa. 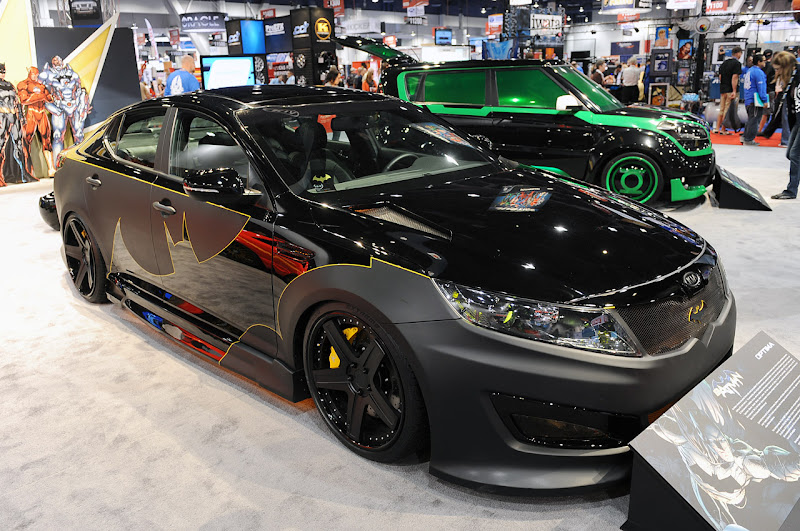 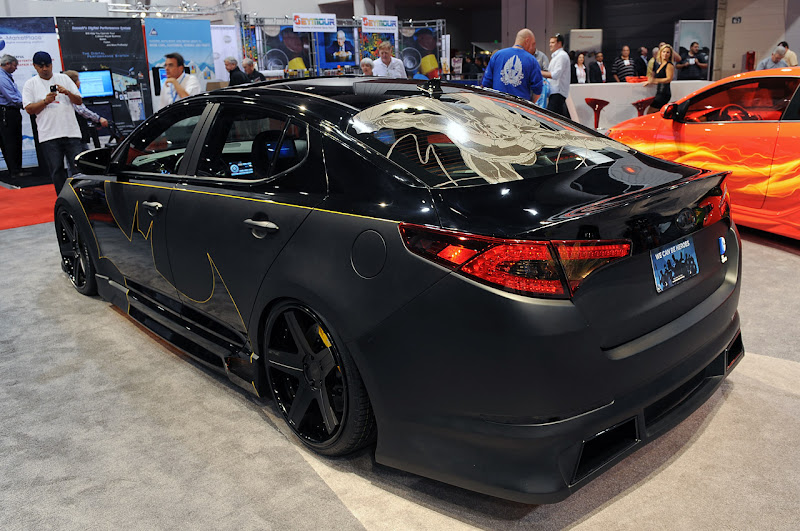 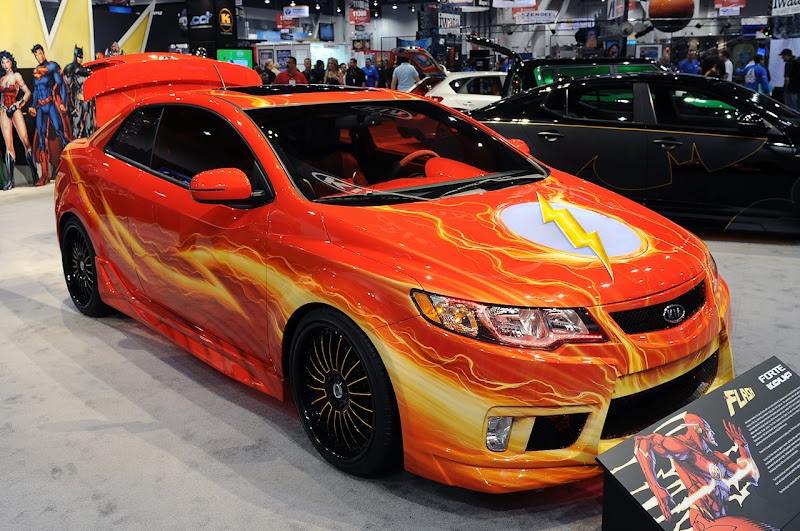 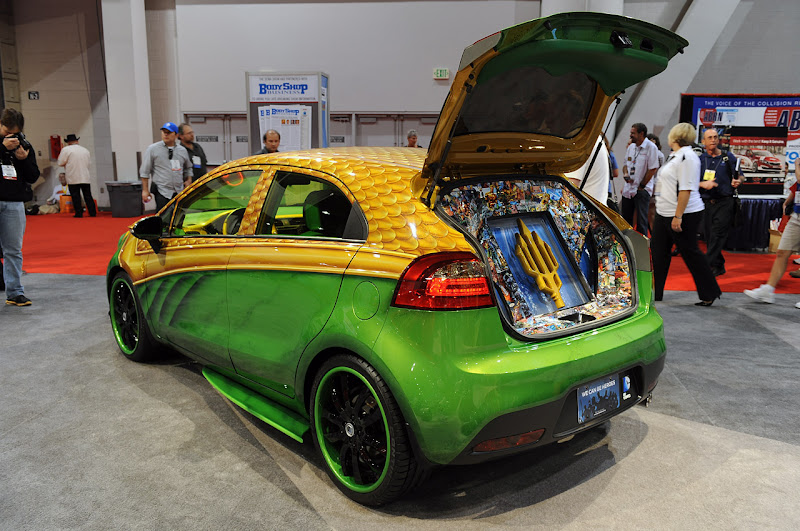