Why even bother putting so little camouflage on the open-roof supercar.

A pair of new spy photos of the Lamborghini Huracán Performante Spyder provide the best look yet at the upcoming droptop supercar. The company barely bothers to disguise the vehicle at all. You can even nearly read the Performante badge streaking up the body on the lower corner of the driver's side door. The Italian flag appears at the bottom of the door, too, just like on the coupe.

The only camouflage on the test mule is some swirling concealment on the rear deck that stretches down to a small portion of the roadster's side. The material isn't hiding much, though. You just need to imagine some satin-finish orange paint on the tail for a good idea of what the final design probably looks like. It's quite close to recent rendering.

Other than removing the roof, we expect Lamborghini to keep the Spyder the same as the coupe. Its 5.2-liter V10 –Lambo's most powerful ever – should still be good for 630 horsepower (470 kilowatts) and 443 pound-feet (600 Newton-meters) of torque. The Spyder might weigh a little more than its hardtop counterpart, but we expect the difference to be negligible. Ample use of Lamborghini's Forged Composite carbon fiber should mean a bare minimum of extra fat on the roadster.

The lack of a roof shouldn't have a major affect on the coupe's Aereodinamica Lamborghini Attiva active aerodynamic system. The tech features adjustable elements that can tune the model's downforce, including aerovectoring with side-to-side tuning for improved handling.

The Huracán Performante Spyder will officially debut at the Frankfurt Motor Show in September. Judging by these two spy shots, development work on the roadster is practically done. 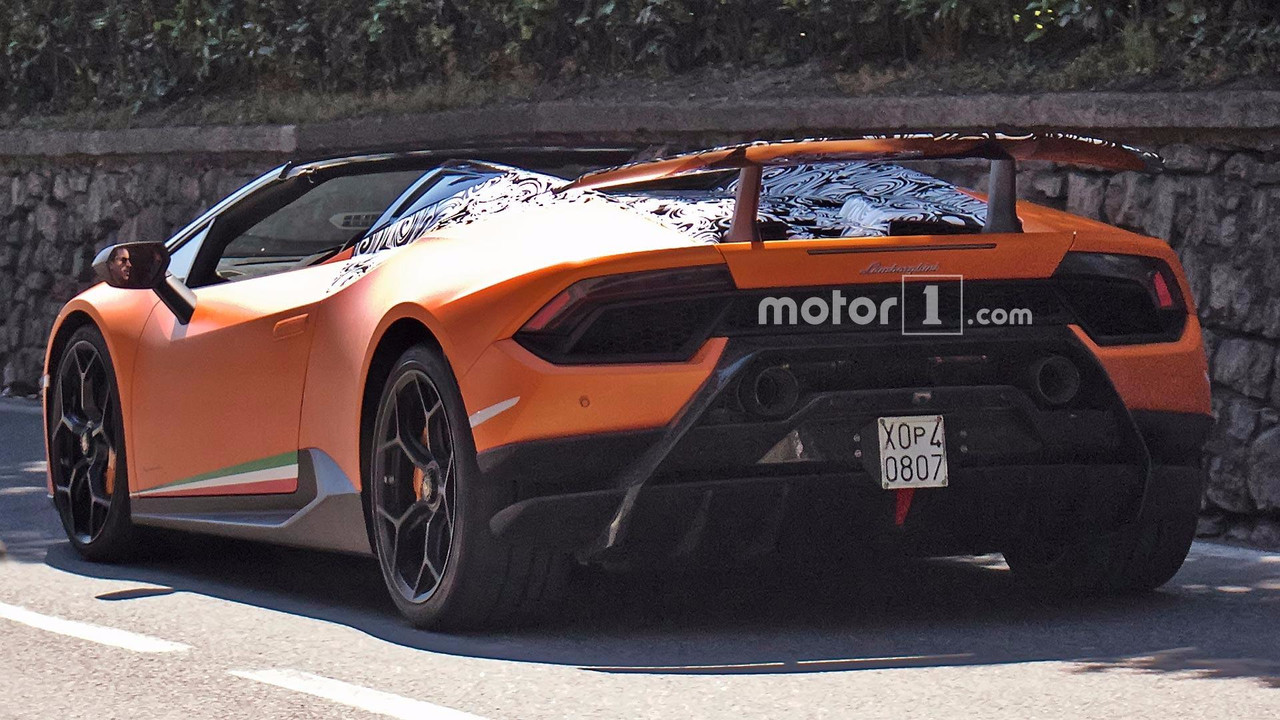