Lexus LC Gets A Full Arsenal Of TRD Upgrades In Japan These are more than just for show as the changes bring some actual benefits.

Toyota Racing Division has been keeping itself busy lately by coming out with numerous bits and pieces for models sold in Japan. It has now turned its attention to a Lexus, specifically the gorgeous LC in both the coupe and convertible flavors. While we'd argue the modifications don't necessarily improve the car's styling, there are some palpable benefits to having these goodies.

For example, the three wheel sets measuring 21 inches are lighter than the standard alloys and have greater rigidity. Owners can also opt for a performance damper that likely enables sharper handling, although TRD doesn't go into any details about what this upgrade actually consists of. Other notable upgrades include the rear wing or spoiler, along with a new diffuser and reshaped side mirror covers to reduce wind noise.

Bear in mind the aero tweaks come at the cost of ground clearance as the added bits lower the car by 30 millimeters (1.18 inches) at the front, 20 mm (0.8 in) at the sides, and 25 mm (1 in) at the rear. TRD has set up a basic configurator on its site, allowing you to spec the LC in the desired color with the extra aero bits and custom wheels.

There are no improvements in the engine bay, but rumors persist a LC F is in the works for a 2021-2022 debut with as much as 650 horsepower. However, nothing is official at this point, so we'd take the rumor with the proverbial pinch of salt. For what it's worth, Lexus is working on a new twin-turbo V8, but it remains to be seen which cars will get the engine. 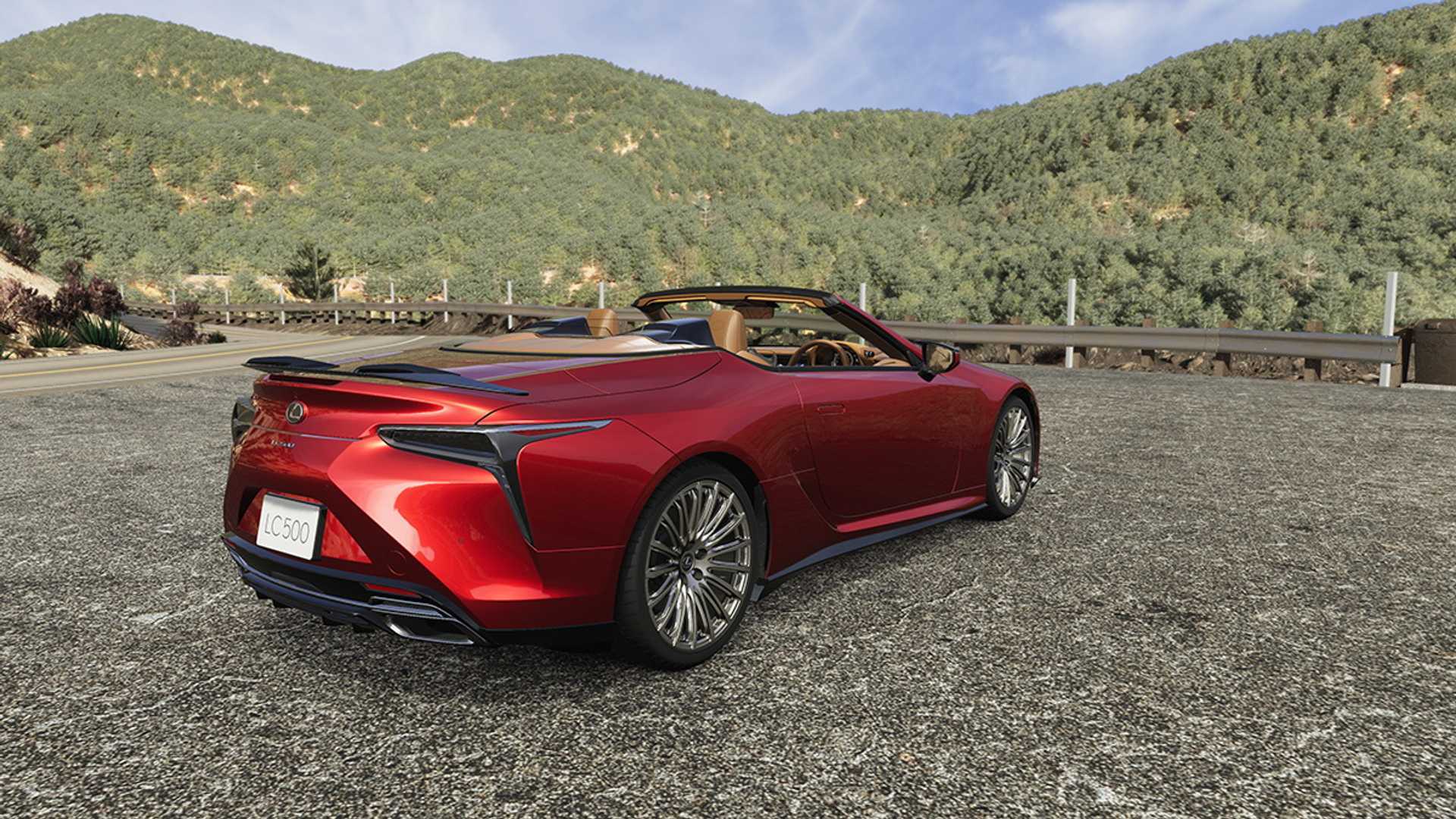