People mod Porsches all the time, so what's all the fuss about when it comes to the one that brought us here?

Well, for one thing, this Boxster looks like it was grabbed straight from the set of Mad Max (okay, make it Death Race, if you must, but you'll have to change the number plate).

But the road warrior detail above is just what meets the eye. Upon closer inspection, you'll notice that this apocalypse survival Porsche is part of the 24 Hours of LeMons world.

You know, the endurance race that makes such motorsport affordable thanks to keeping the budget uber-low. How low? Well, the organizers can claim any car for $500 at the end of a race or throw some penalty laps into the game if they suspect a team has blown that budget.

And it's pretty hard to believe this here Porscha is only worth $500. First of all, grabbing a Boxster for that kind of money doesn't come easy, at least not if the car is still running and legal.

Then there's the extra work done to the car. Frankly, given the attention to detail, at least as far as one can judge based on the photos in the Instagram post below, this build sits way above the LeMons average.

I mean, just look at the posterior of the thing and you'll understand, even if you don't typically fancy Porsches or LeMons machines, for that matter - for the sake of comparison, here's your average competitor, namely a Hyundai Sonata that's brilliantly disquised as a Dodge Charger Daytona or Plymouth Roadrunner.

Fortunately, though, this isn't the only I'd-take-home machine taking part in the said series, as this M3-engined C3 Corvette comes to show. 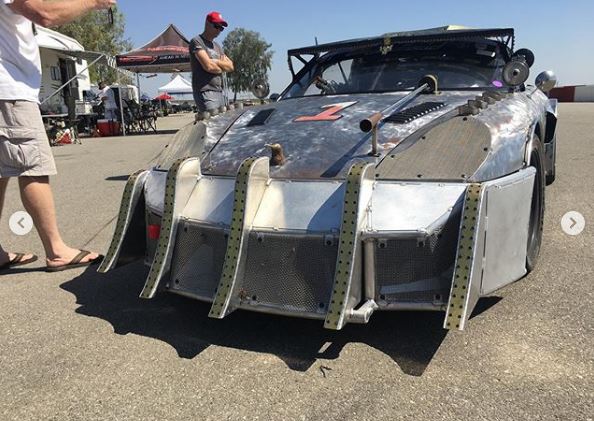