Mansory is back at it again in making extravagant versions of luxury vehicles. The German tuner, which has made a name for itself by turning premium vehicles into head-turning ones, converted one of its creations from last year.

If you can remember, Mansory has turned the Mercedes-AMG G63 into a lavish SUV last year with the help of the German fashion designer Phillip Plein. The company called it the Star Trooper, and it sure caught the attention of motoring enthusiasts, including the Youtube sensation, Shmee.

This time around, Mansory takes the same recipe for the AMG G63 and used it to make another deviation from the popular SUV. The Star Trooper Pickup Edition is basically a truck version of the ludicrous G63, complete with all the updates the tuner has given it before. These updates include the gray camouflage, the 24-inch alloys, red LEDs, and the carbon-fiber aftermarket parts.

Inside, the Star Trooper Pickup Edition gets the same treatment as its five-door counterpart, which includes the camo-printed leather trims with red accents and the infamous red star-studded headliner. The only difference is that this one only seats two, with the rear cabin transformed into a cargo bed.

Of course, what's a Mansory without engine modifications. Though Mansory didn't disclose power figures on its website, we assume that it's going to be the same as what its SUV counterpart offers. With bigger turbos, a high-performance exhaust, and remapped ECU, among others, Mansory is able to update the AMG G63's 4.0L twin-turbo V8 to 850 horsepower and 1,000 Newton-meters (737 pound-feet) of torque.

The price of the Mansory Star Trooper G63 Pickup Edition isn't disclosed on Mansory's website, but these mods don't come cheap, mind you. The non-pickup version sold for $613,100 last year, so expect this one to be around the same ballpark. 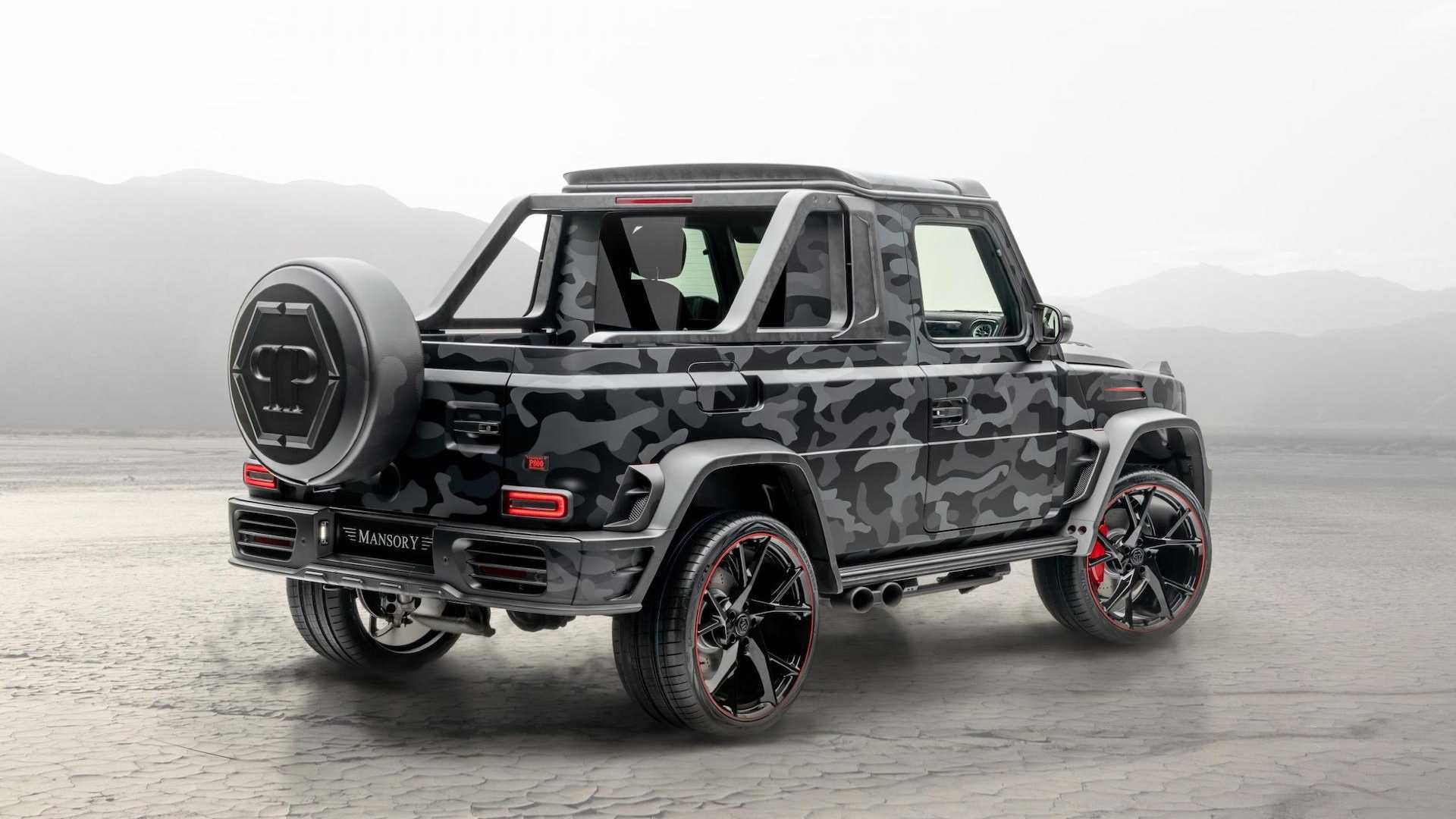 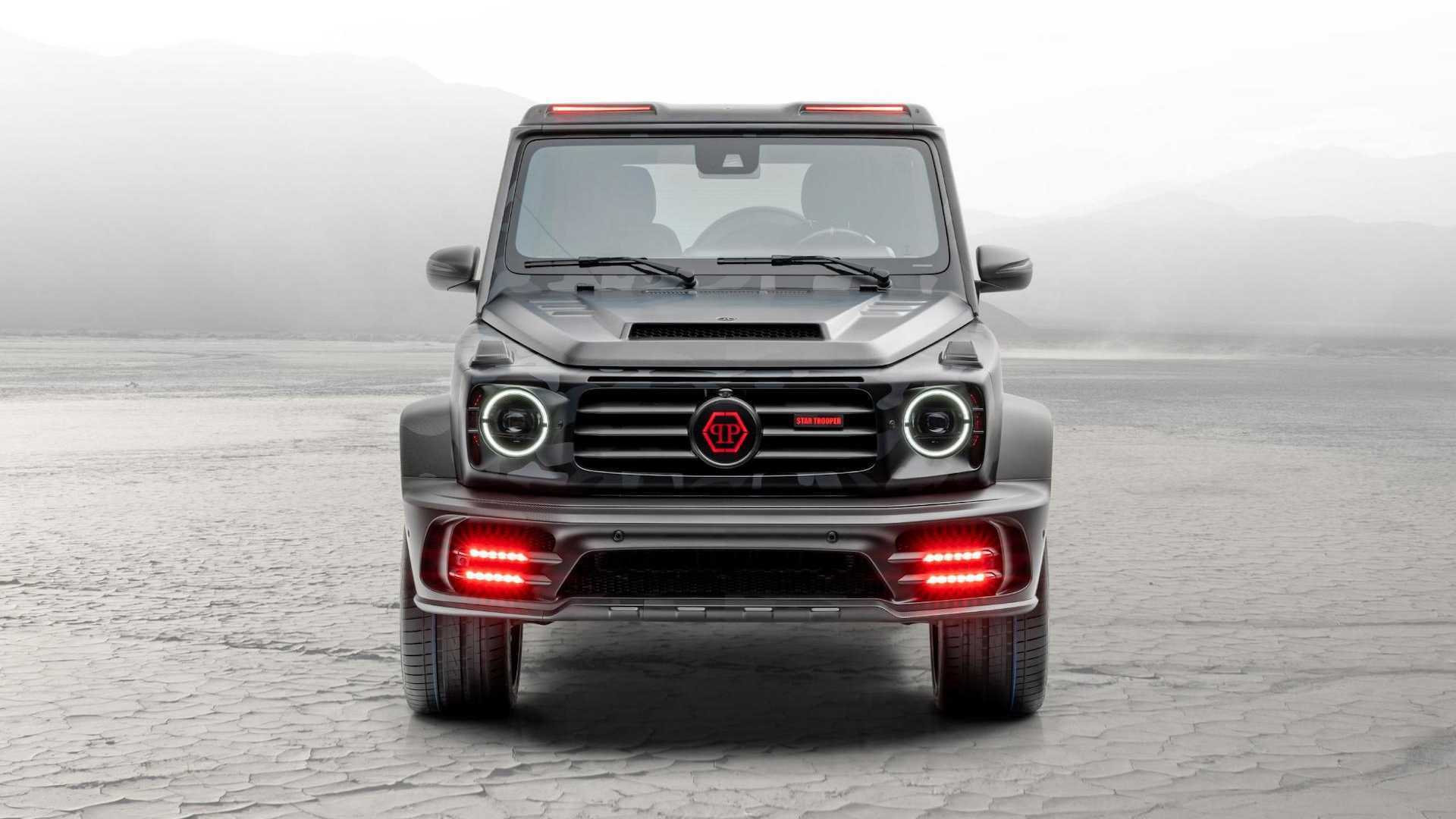 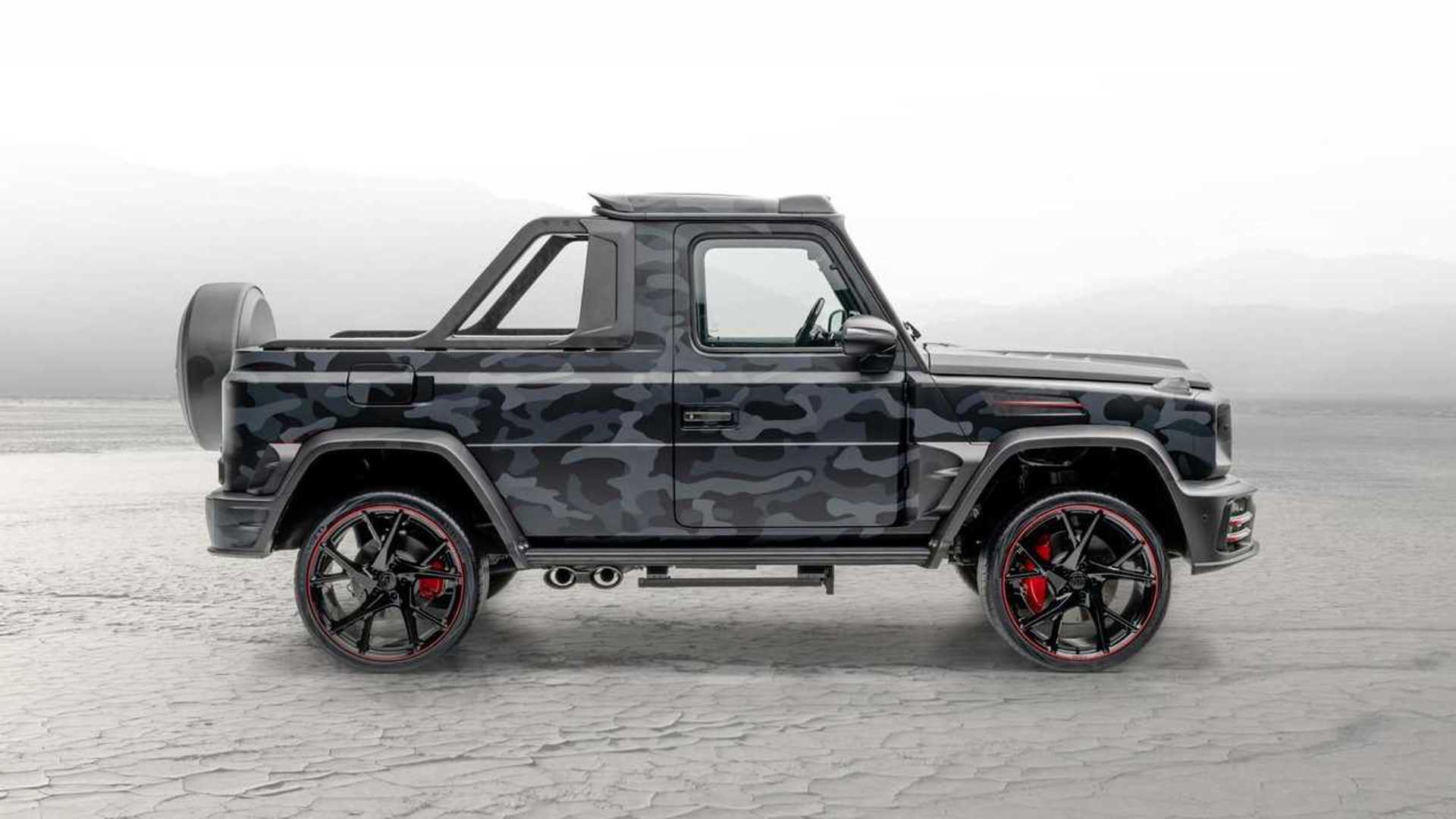 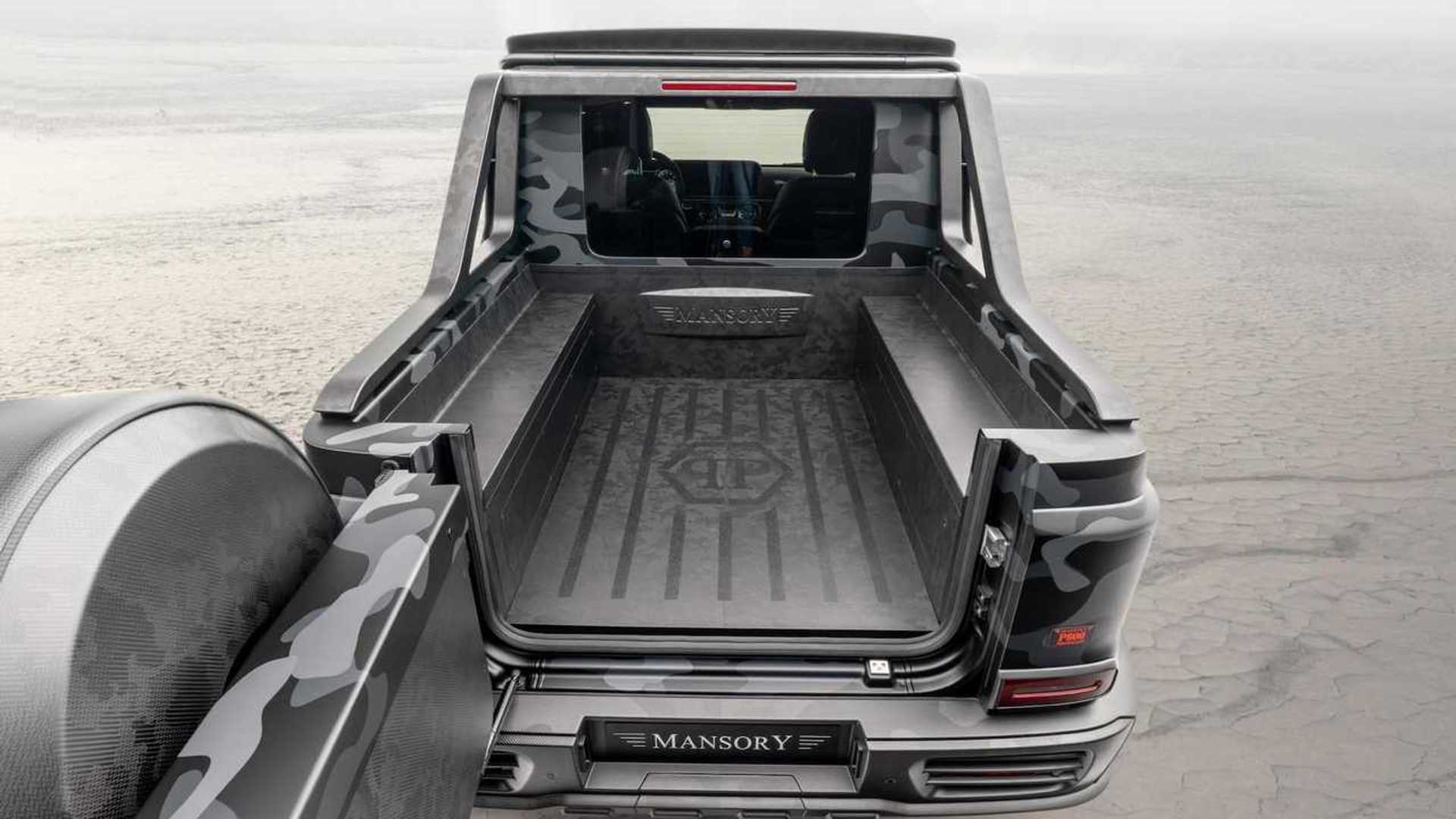 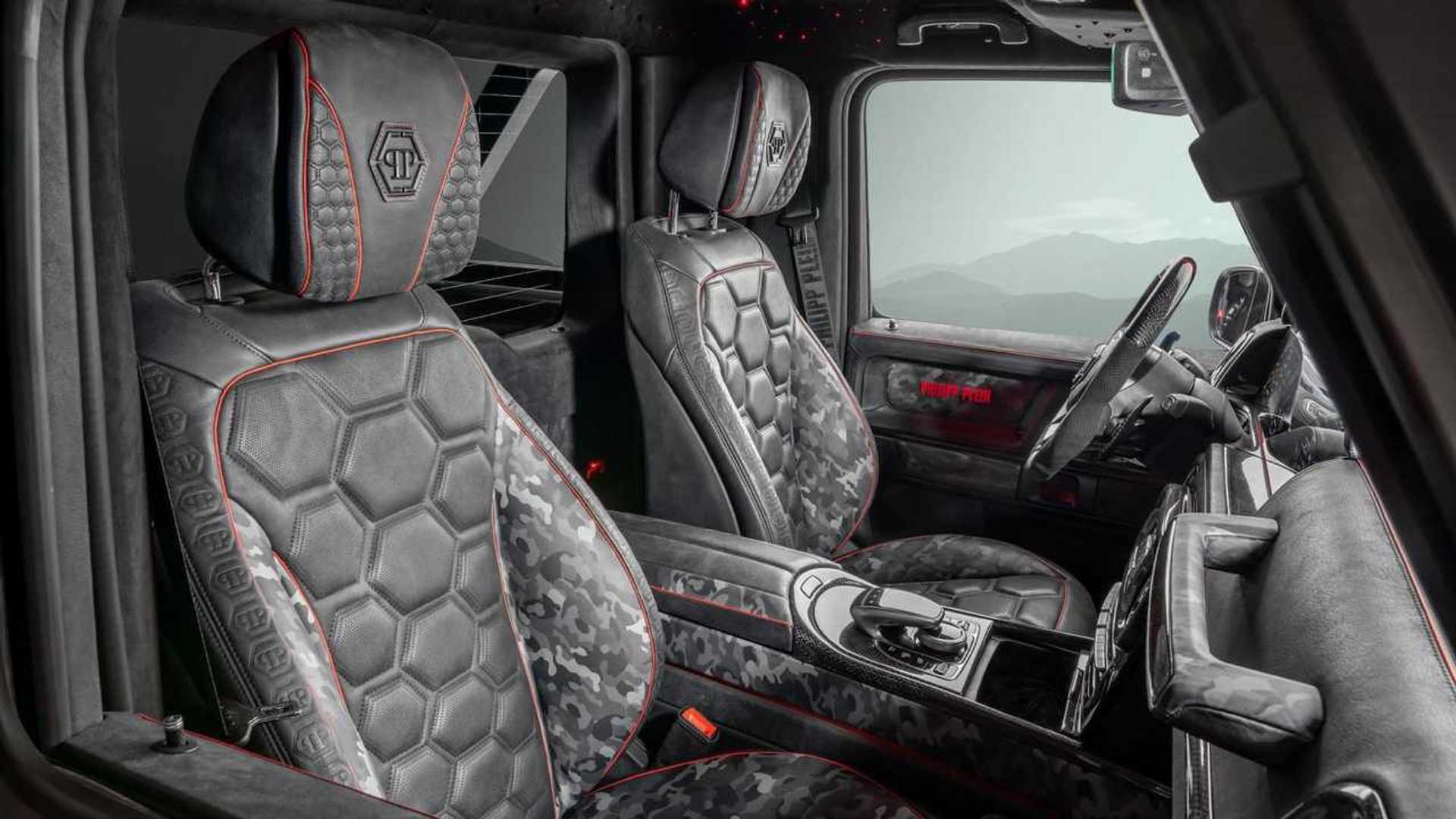