The problem most people have with the basic Mazda Miata is that it doesn't have enough power.

Even the current model with its 180 horsepower 2-liter is often described as "just enough," so people routinely swap out the classics.

Famous examples of this include Car Throttle's supercharged V6 build or that LS swap. However, this completely crazy MX-5 borrows the goods from another Japanese automaker.

This project first caught our attention in 2017. Back then, it was lifted, had a matte green wrap and came with a supercharged version of the stock engine. There's only so much fun you can have with that setup, so YouTuber Gingium ignored it for a while as he focused on other cars.

But late last year, a Subaru WRX arrived on the scene, ready to donate its whole powertrain. More specifically, we're talking about the EJ205 version of the 2-liter flat-four turbo out of a 2002 WRX that produces 227 horsepower and 217 lb-ft (294 Nm). Those are big numbers by Miata standards, plus we've got a bunch of aftermarket parts probably squeezing even more performance - bigger turbocharger, intercooler, custom exhaust, an upgraded clutch, high-performance fuel system, and a rear-mounted radiator.

The powertrain of the WRX also came along to give the first-generation Miata some all-wheel traction. Installing this took considerable effort and is explained in detail in the videos below.

The outcome would probably be unrecognizable to the original Miata owners from 20 years ago, a screaming all-terrain monster with chopped up bumpers, Mad Max roll cages, fender flairs, and all-terrain tires.

We think it also resembles the Local Motors Rally Fighter, being a sleek coupe that's ready to conquer deserts. And it's nice to see somebody making all those lifted MX-5 renderings happen. 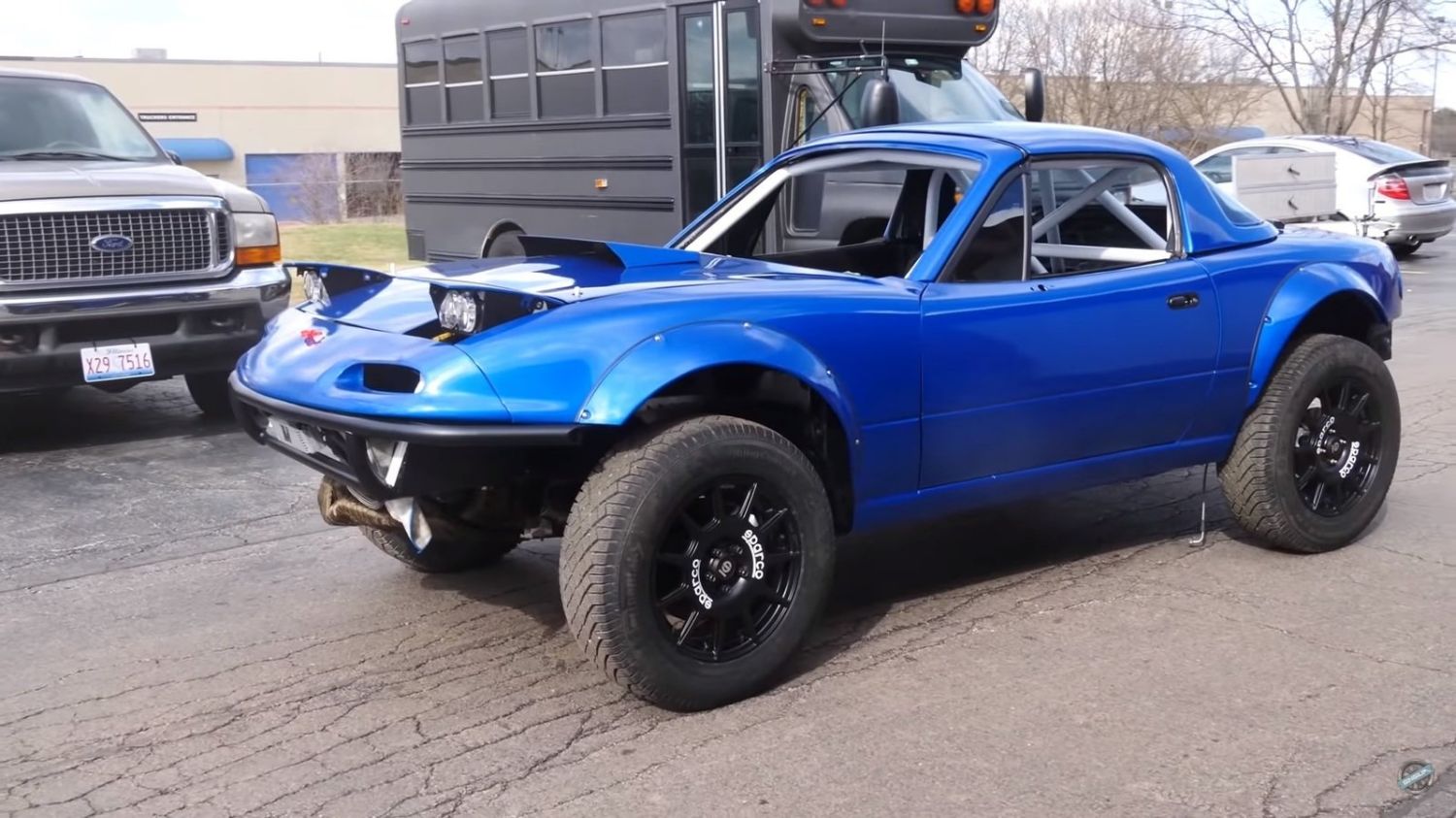 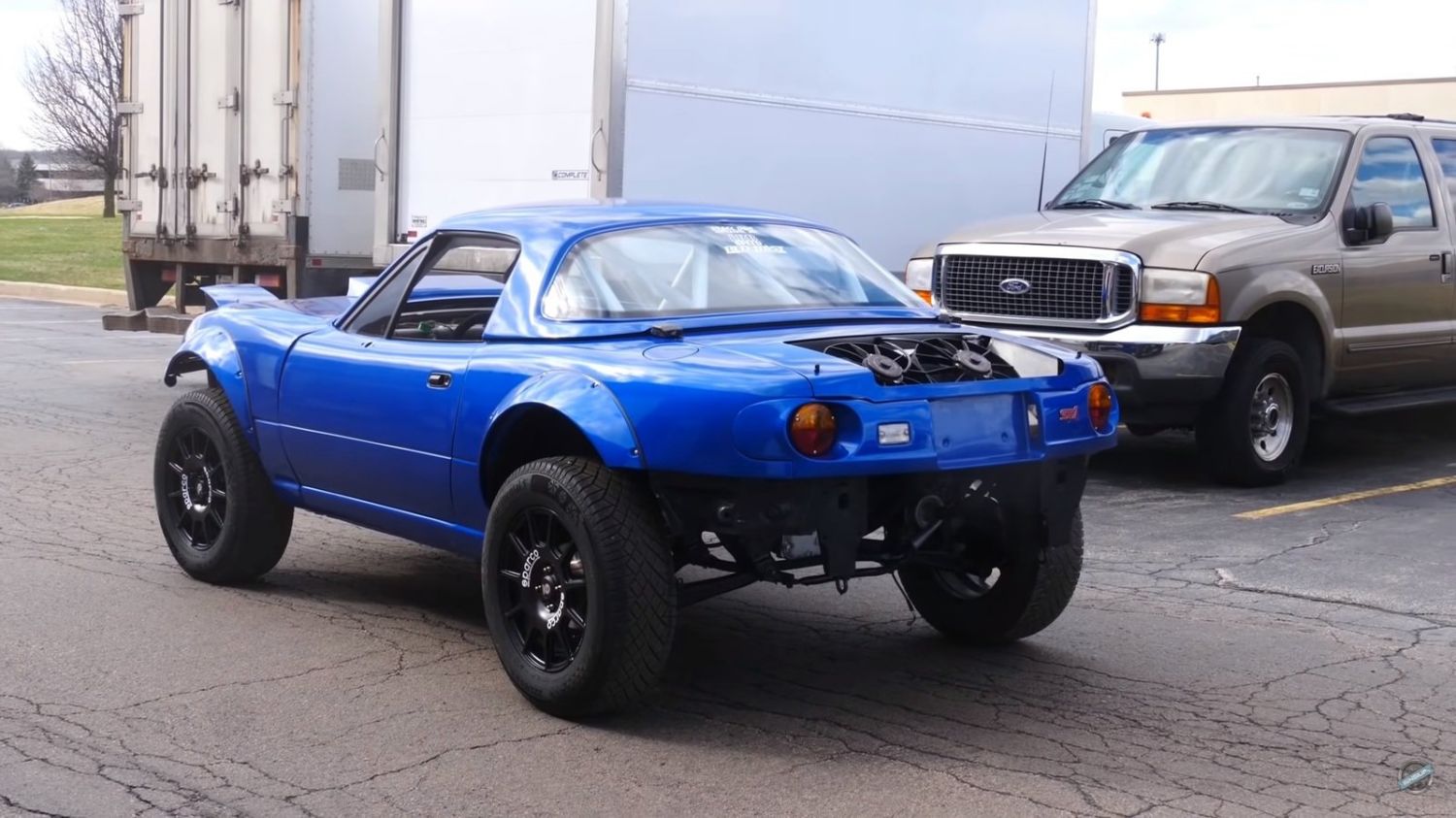