Top-exit exhausts mounted on mid-engined supercars bring obvious performance benefits, since they generate less back pressure, they're friendlier to the scales and don't mess with the airflow under the car.

But this is not why vlogger Alex Choi installed one on his custom McLaren 720S.

A simple glance at the fire-spitting form of the Macca reveals the purpose behind the move: Alex wants to draw attention.

These days, simply owning a supercar or even drifting the hell out of it won't necessarily get you all that far on social media. So this vlogger decided to stand out by fitting eye-catching mods to his supercar, while driving the wheels off them (of course).

Perhaps his best-known stunt is the Lamborghini Huracan rally car-like build of last year, with the Sant'Agata Bolognese machine having lost its body panels in favor of an exoskeleton (the machine also features tricks such as headlights mounted upside down, among others).

Speaking of 2019, the year saw Alex adding a 720S to his fleet back in June. It didn't take long before the Woking machine received a wrap, a custom identity (check out the vanity plate) and other bits of the sort. However, that was V1 and the project moved along to V2 back in October. So it can't be just a different wrap and a hooning session on uneven terrain (think: second Insta post below), can it?

Well, at least for now, the second custom form of the British supercar means this also received a top-mount exhaust, with a flamethrower setup thrown in for good measure - most stunts of the sort involve unburnt fuel being thrown into the exhaust via spark manipulation, while this is ignited using a coil and a spark plug sitting before the exhaust tip.

Now, many of us have seen videos of McLarens that come with factory top-mount exhausts (think: 600LT) shooting flames the "standard" way, which relies on the hardware getting extremely hot to ignite the fuel (here's one in case you missed these adventures). 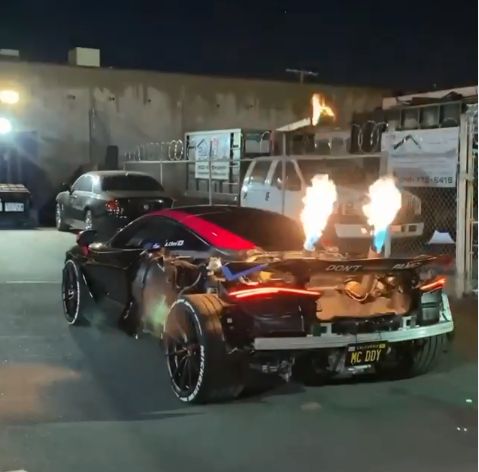 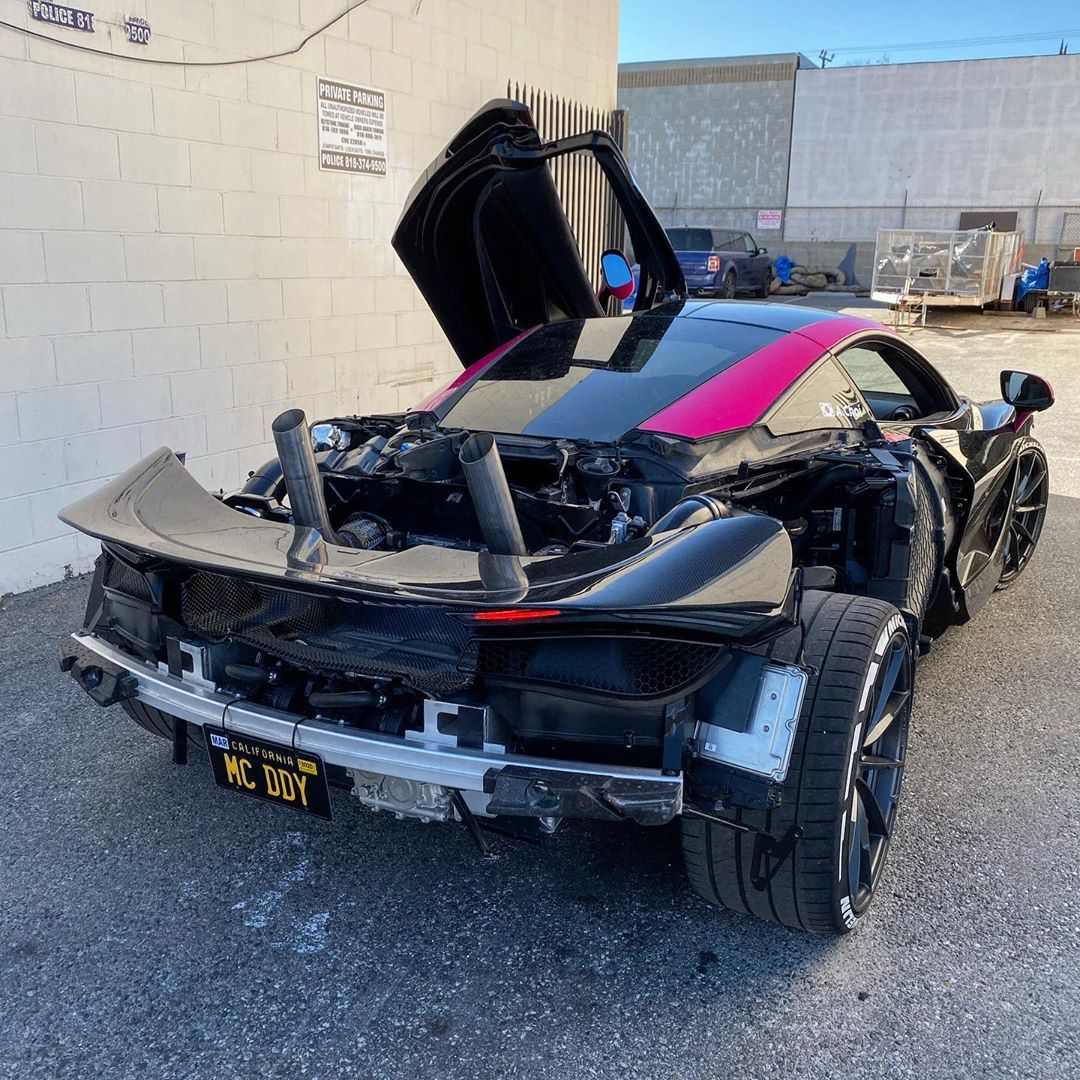