The McLaren Elva is the latest addition to the McLaren Ultimate Series of sports cars, and it's one special speedster, to say the least. First, it joins the ranks of McLaren supercars such as the F1, P1, Senna, and Speedtail. It also has a starting price tag of $1,690,000, which can definitely go up as its buyers splurge on options. Moreover, McLaren has made the Elva more exclusive by dialing down its production from 399 units to 249.

The Elva has one more obvious trait that makes it a special vehicle – it doesn't have a roof or windows, which means nothing will shield its occupants from natural elements that drop from the sky... like rain, as you can see in the images below.

Captured by Syouken Photography and posted on Instagram, this McLaren Elva was caught on camera struggling to get cover from a downpour. The photos were taken in Tokyo and before you react to how sad these photos are, we're happy to tell you that this blue Elva was only a show car.

According to one of the commenters on Syouken's Instagram post, the show car is made of wood and there are no mechanical parts that would be destroyed from being drenched in water.

Guess these images should show us the dangers of driving a roofless car while in an erratic climate condition, or in places where rain is pretty unpredictable. McLaren may have explained how the Elva's aerodynamics could create an air bubble to protect you from oncoming elements, we highly doubt that it can still do so against a heavy downpour.

Not that the one-percenters would mind, of course. 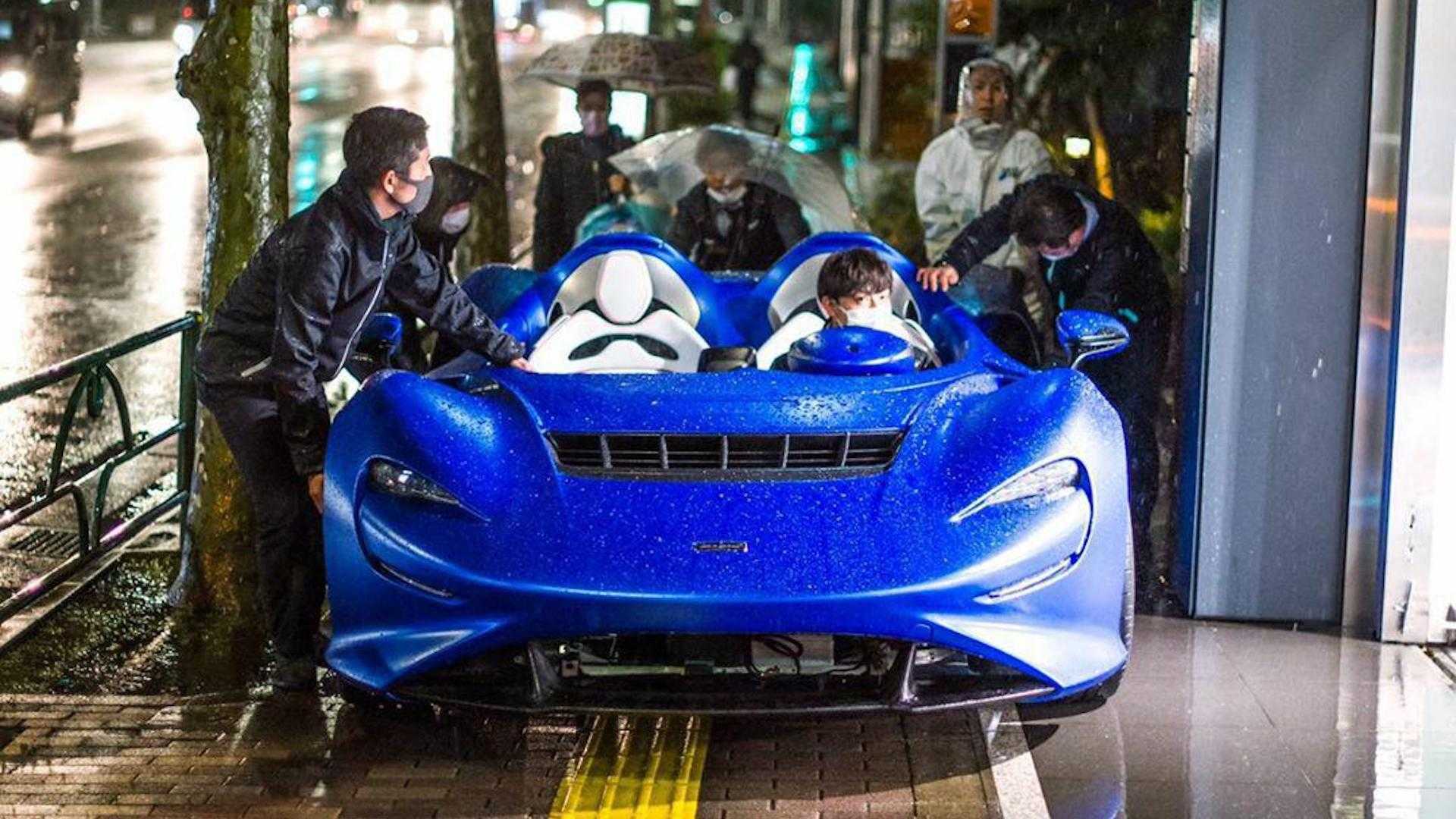 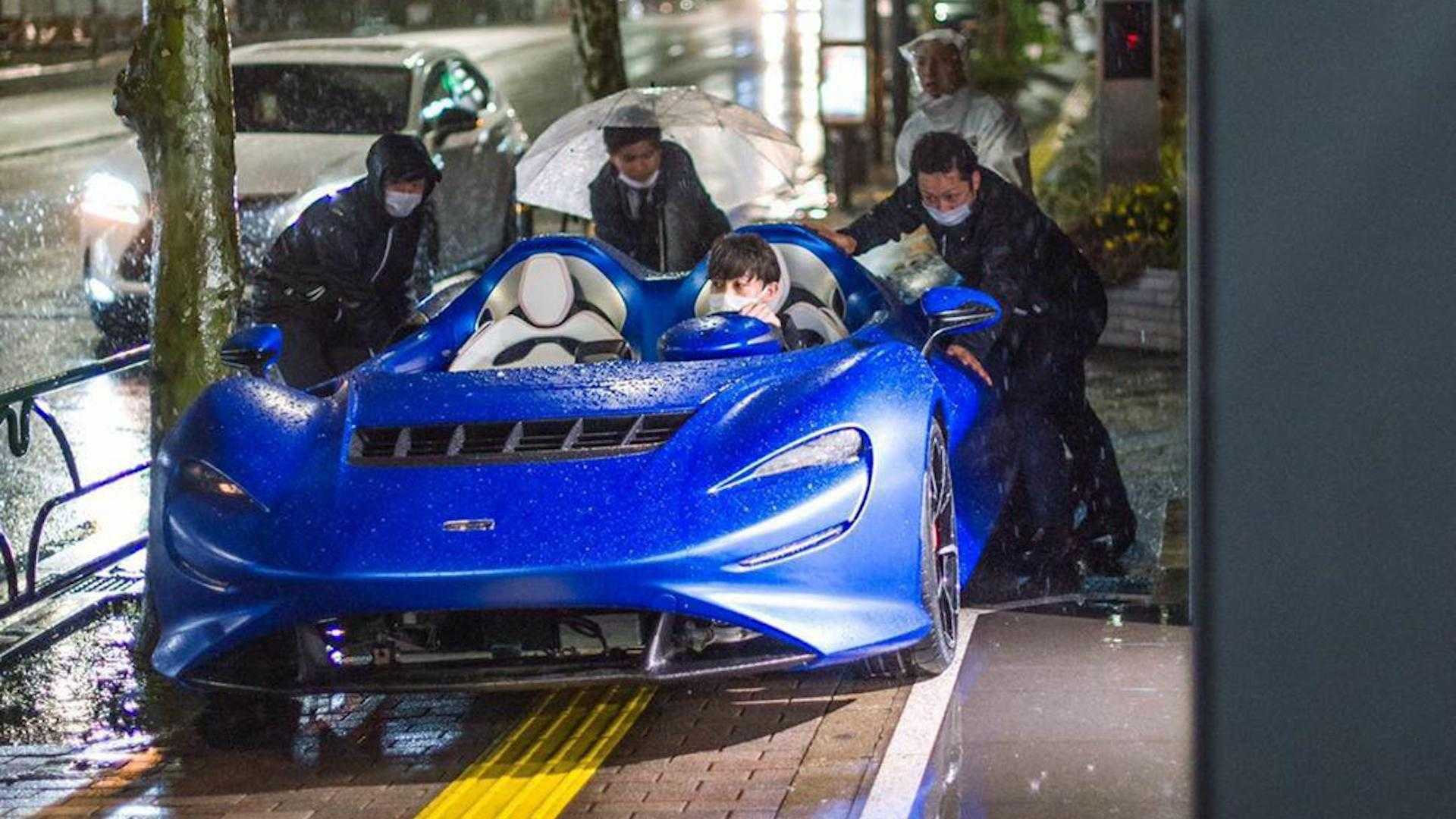 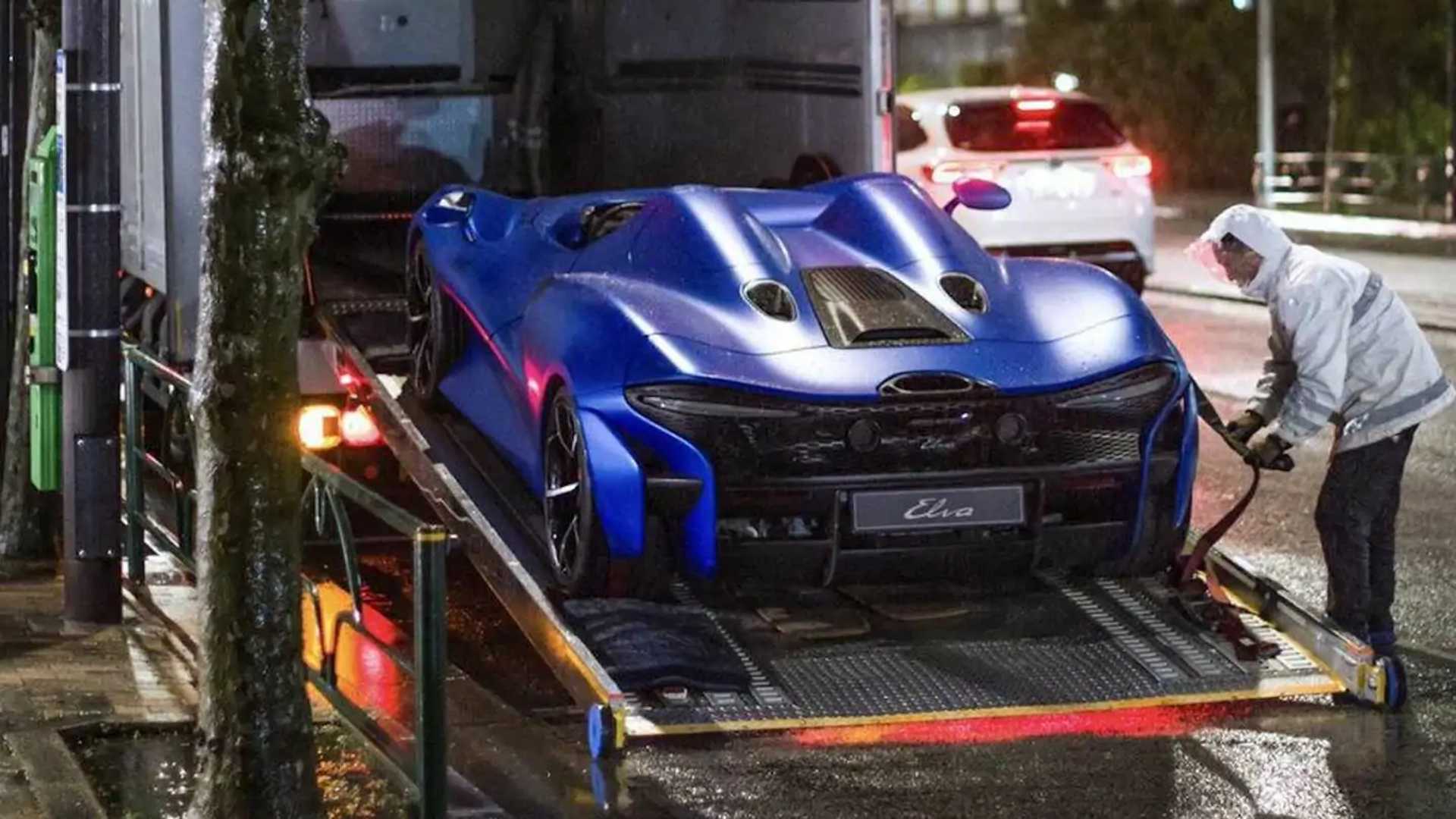