After teasing it, unveiling it and giving us some details and a handful of photos over the weekend, Mercedes-Benz finally debuted the real AMG Vision Gran Turismo Concept at the LA Auto Show today, though it's a 1:1-scale model with no powertrain.

The car was designed as a virtual supercar for Sony's Gran Turismo 6 racing simulation for Playstation 3 at the request of the game's creator, Kazunori Yamauchi, but we wouldn't be surprised to see some of the concept's design language employed on future Mercedes.

In the game, the AMG Vision GT has a 577-horsepower twin-turbocharged V8 that pumps out 590 pound-feet of torque - quite enough power to propel the 3,053-pound coupe very quickly. The weight distribution is 46 percent front and 54 percent rear, which should endow it with good traction out of turns and sharp transitional handling.

Let's get things straight with this car: It's very long, wide and so low that we struggled to see the car at all until Mercedes' press conference was over and we had permission to rush the stage for photographs. But oh, is it beautiful (in this writer's opinion), with voluptuous curves, aggressive styling and an overall look that pays homage to classic Mercedes GT cars, such as the iconic 300 SL, while maintaining its futuristic modernity. About the only things that seem out of place are the flashy wheels and the tires with practically no sidewall.

For a model car with no engine, it's surprisingly functional. The motorized rear spoiler raises and lowers, the taillights work and the LED grille is fully functional (and reminds us a bit of the Pontiac Firebird's flashing grille in Knight Rider). But the Gullwing doors weren't opened, so we can't comment on their functionality or the interior. We can comment on the "driver," however, a dummy sitting in the driver's seat that resembles the character who drives Gran Turismo's virtual cars. 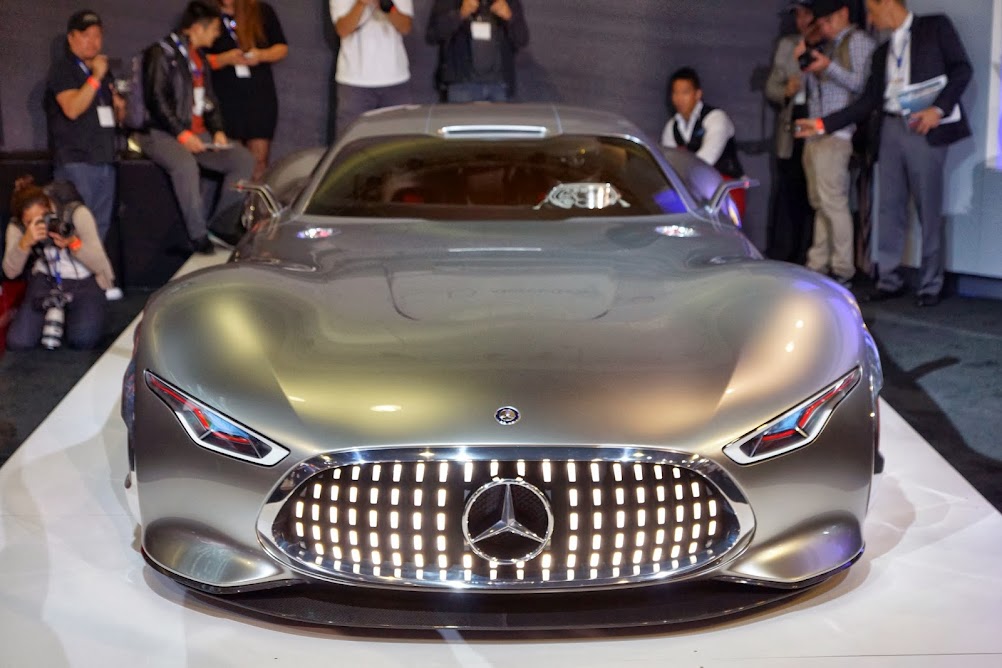 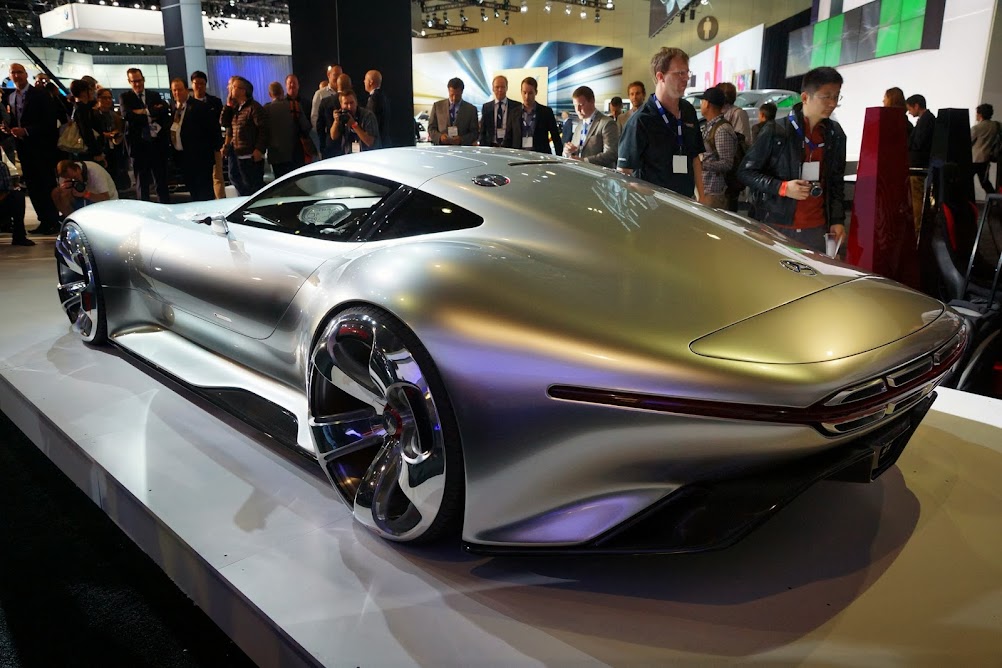 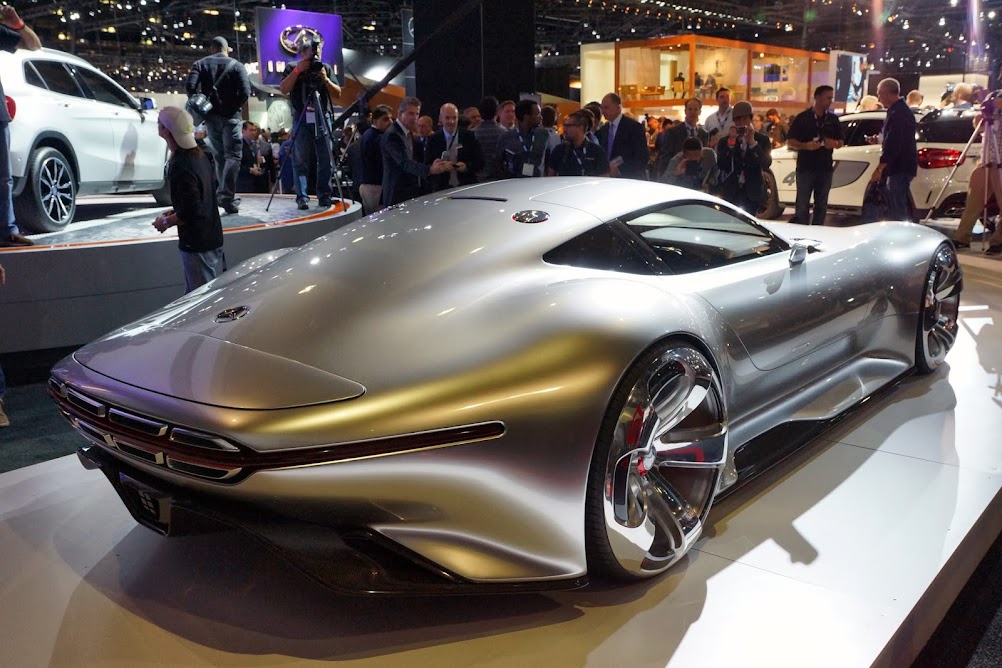 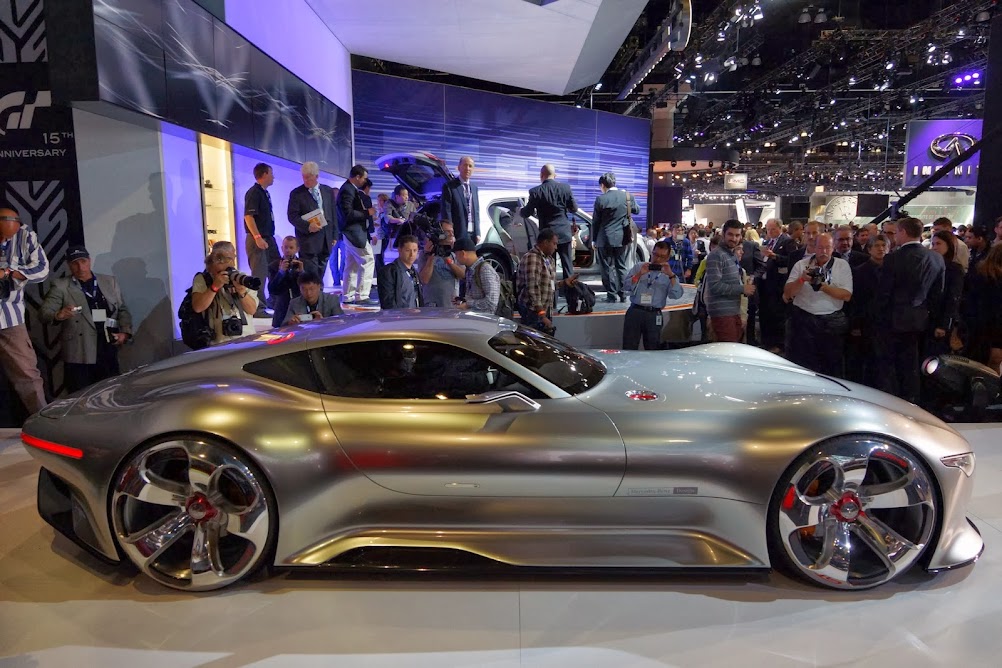 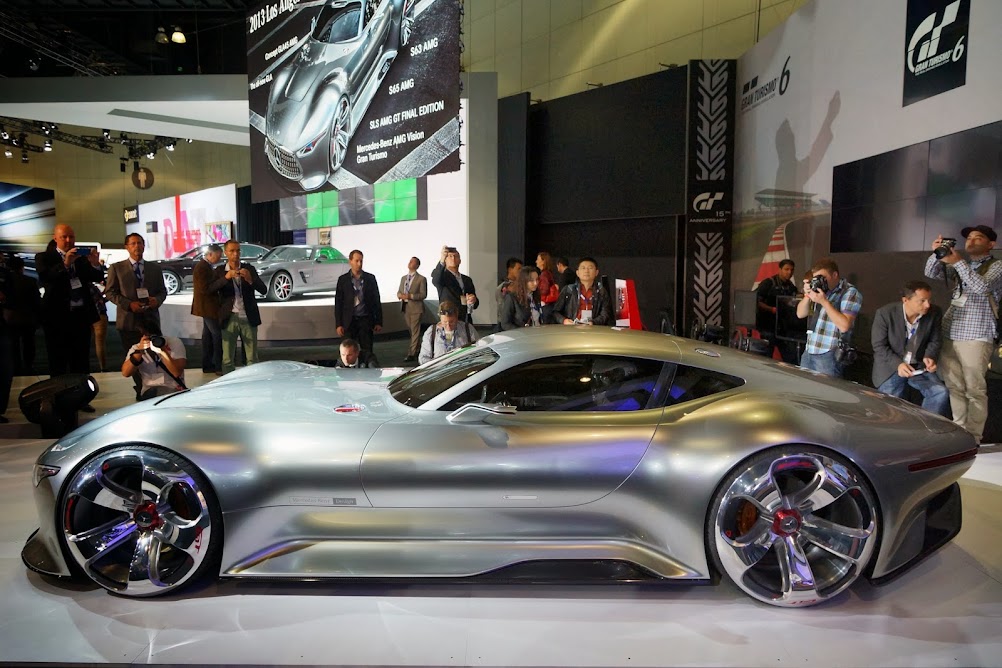 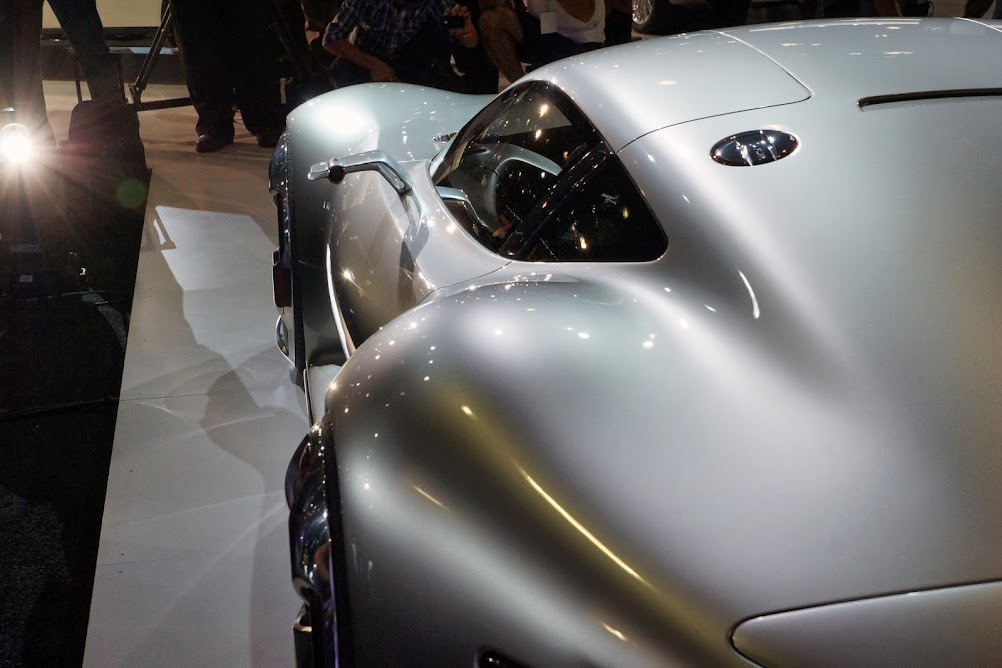