This Pocket-Rocket Group B Replica Could Be Yours Has perfection been improved upon?

Late last year we reported on an MG Metro 6R4 'Clubman' that was coming up for auction.

The road-going Group B rally car only had 175 miles on the clock and sold for an eye-watering £168,750 (about $224,000 at current exchange rates) at Silverstone Auctions' sale at Autosport International last month.

Six-figures for a taste of '80s rally wonder is, of course, a bit steep. Thankfully, you can get your hands on the next best thing for a fraction of the price.

Instead of the F1-derived V6 of the original, this Metro-based replica is powered by a mid-mounted YBJ Cosworth engine – the same sort usually found in a Ford Sierra RS Cosworth. Its power has been upped to 390 hp, which is more than the "Clubman" original. The power boost is thanks in part to a chipped ECU.

Power is sent to the rear wheels only via a Renault 21 gearbox, while four-pot AP brakes all round help keep it in check.

The interior is sparse, much like the rally legend, with bucket seats and a rally-ready firewall setup protecting the occupants from the hot power unit behind them. It also comes with a new turbo boost gauge, gear shift lights, and digital clocks among a raft of other changes.

On the outside, not a lot distinguishes it from the genuine article – flared fiberglass haunches encompass 18-inch Compomotive wheels and the car's wider track, while massive air intakes on the doors feed the "Cossie" power unit with plenty of cooling air.

Under that wild bodywork, a bespoke fuel tank is hiding under the front hood, whereas in the factory 6R4s you'd usually find it in the back. This makes for a more even weight distribution, ideal in a rear-wheel-drive car the size of a shoe.

Currently, the body is painted in Ford Imperial Blue, usually found on the legendary Escort RS Cosworth, but the seller is willing to wrap it in one of the 6R4's iconic rallying liveries. 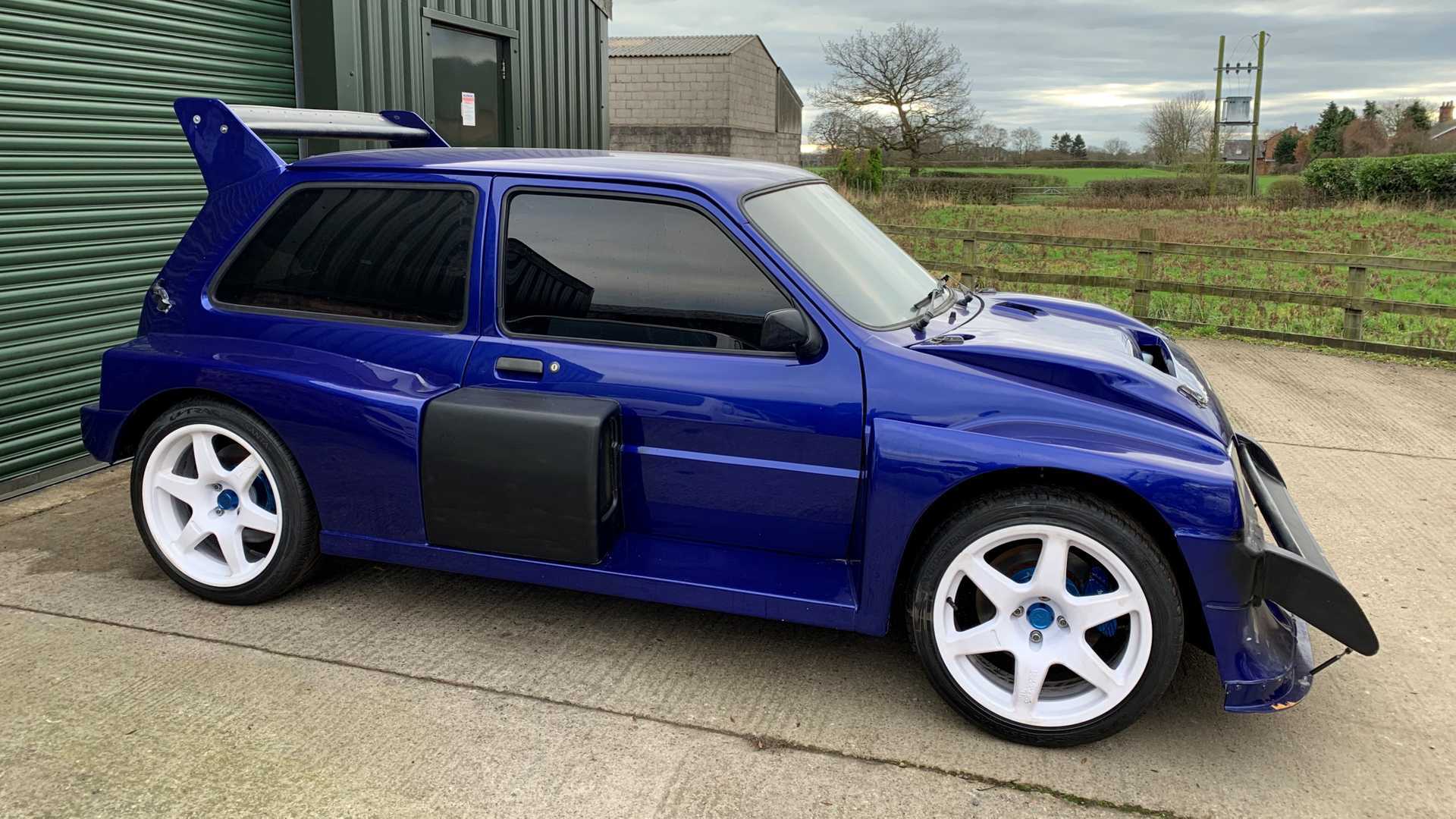 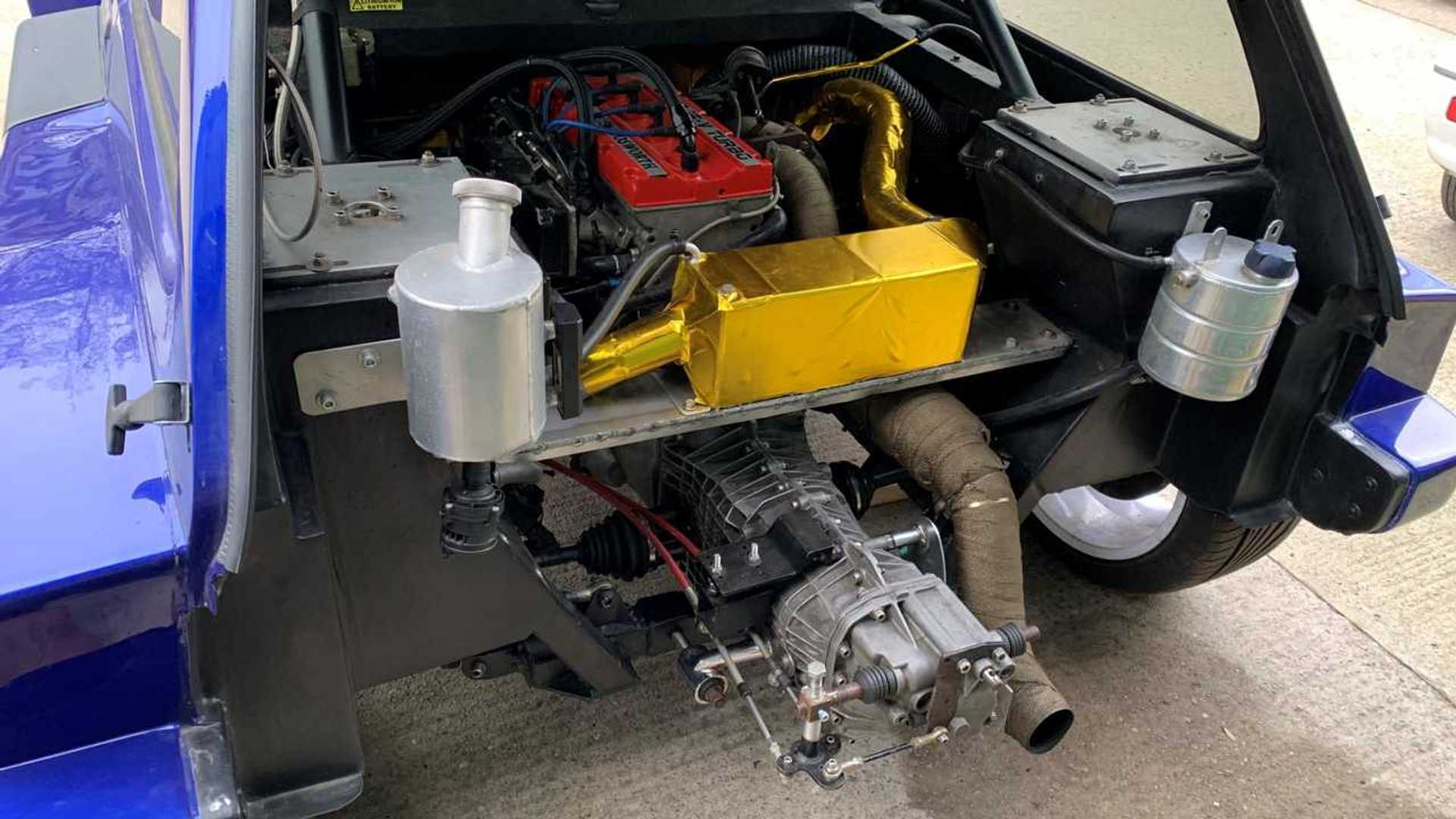 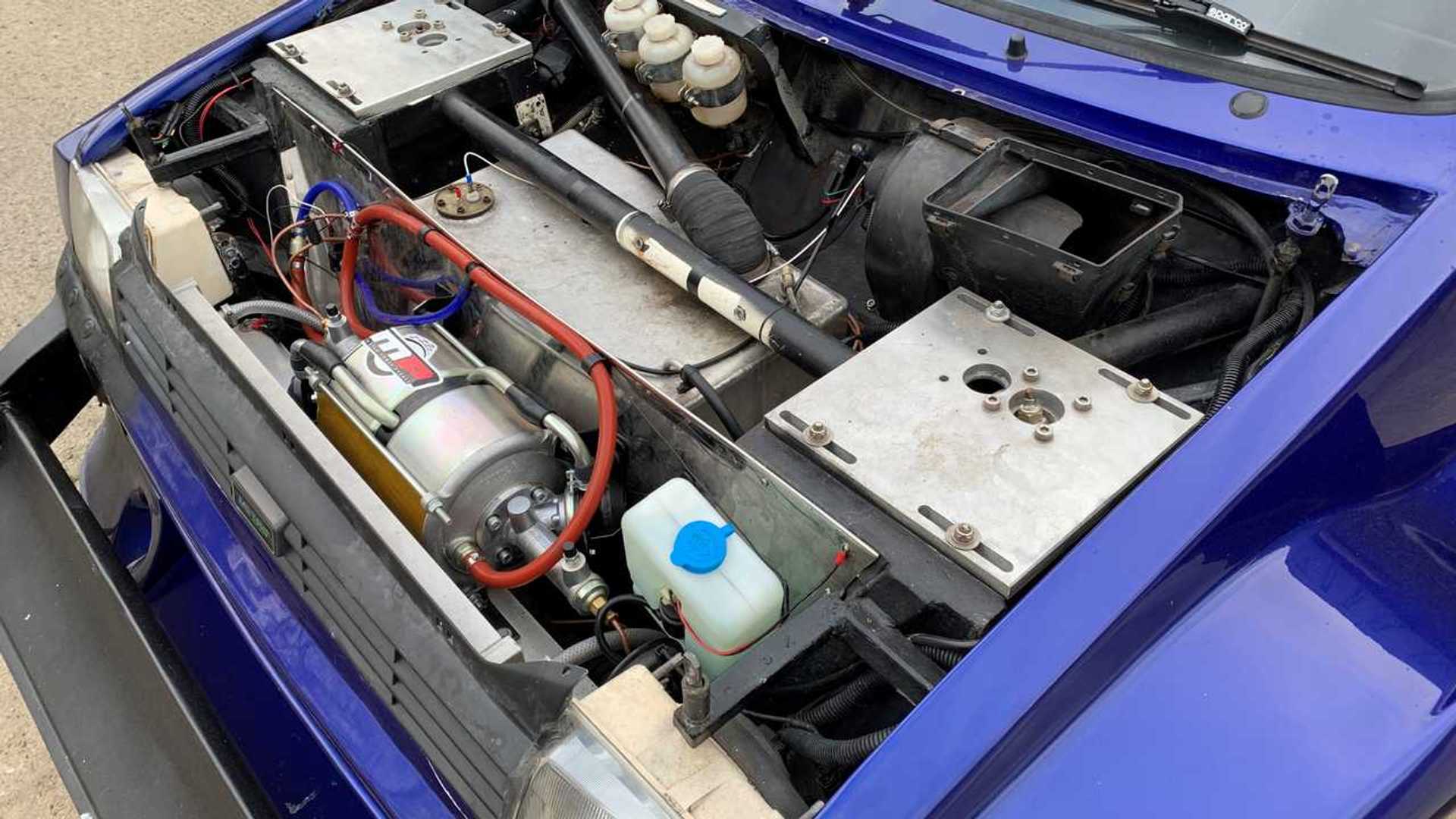 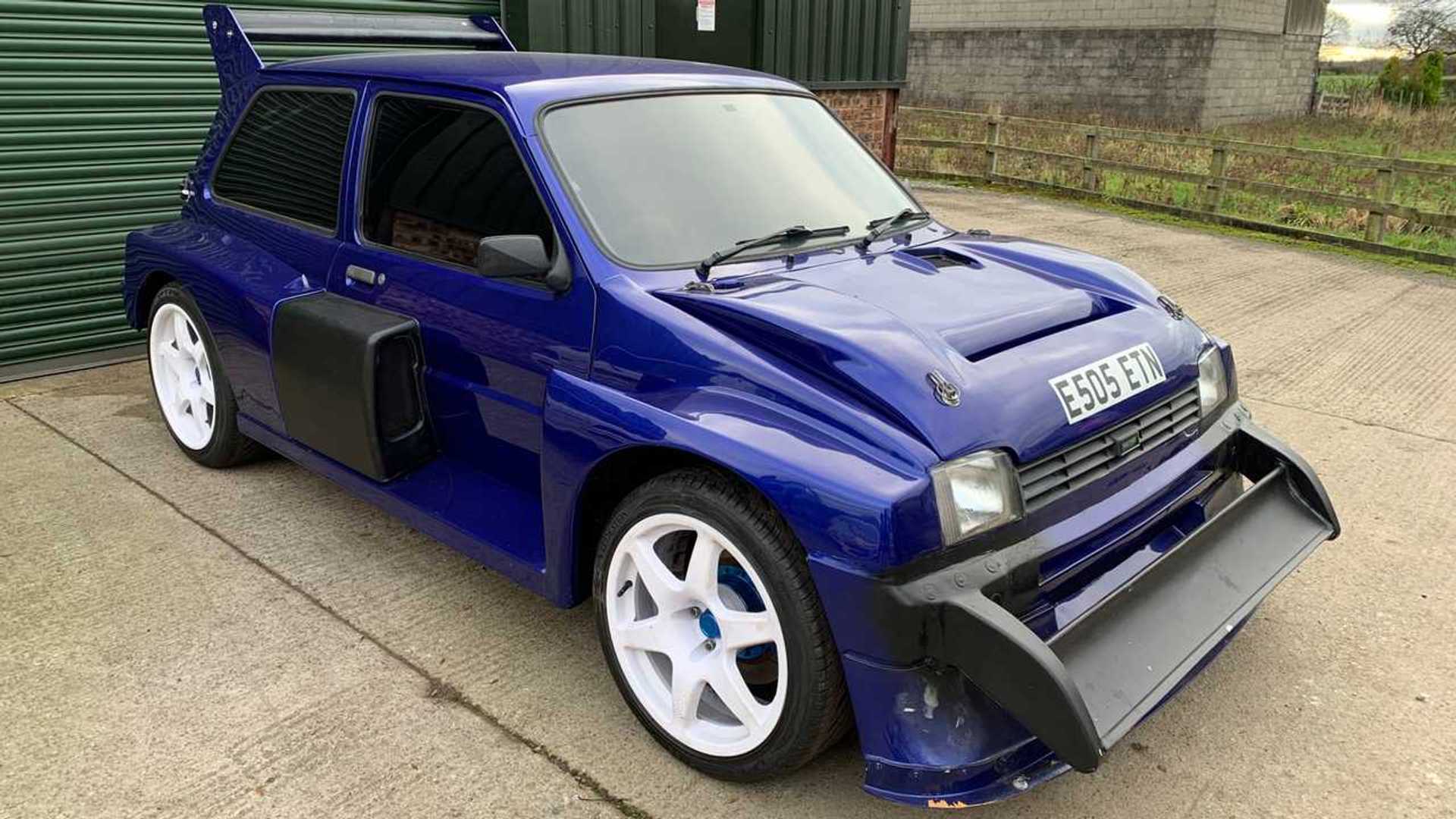 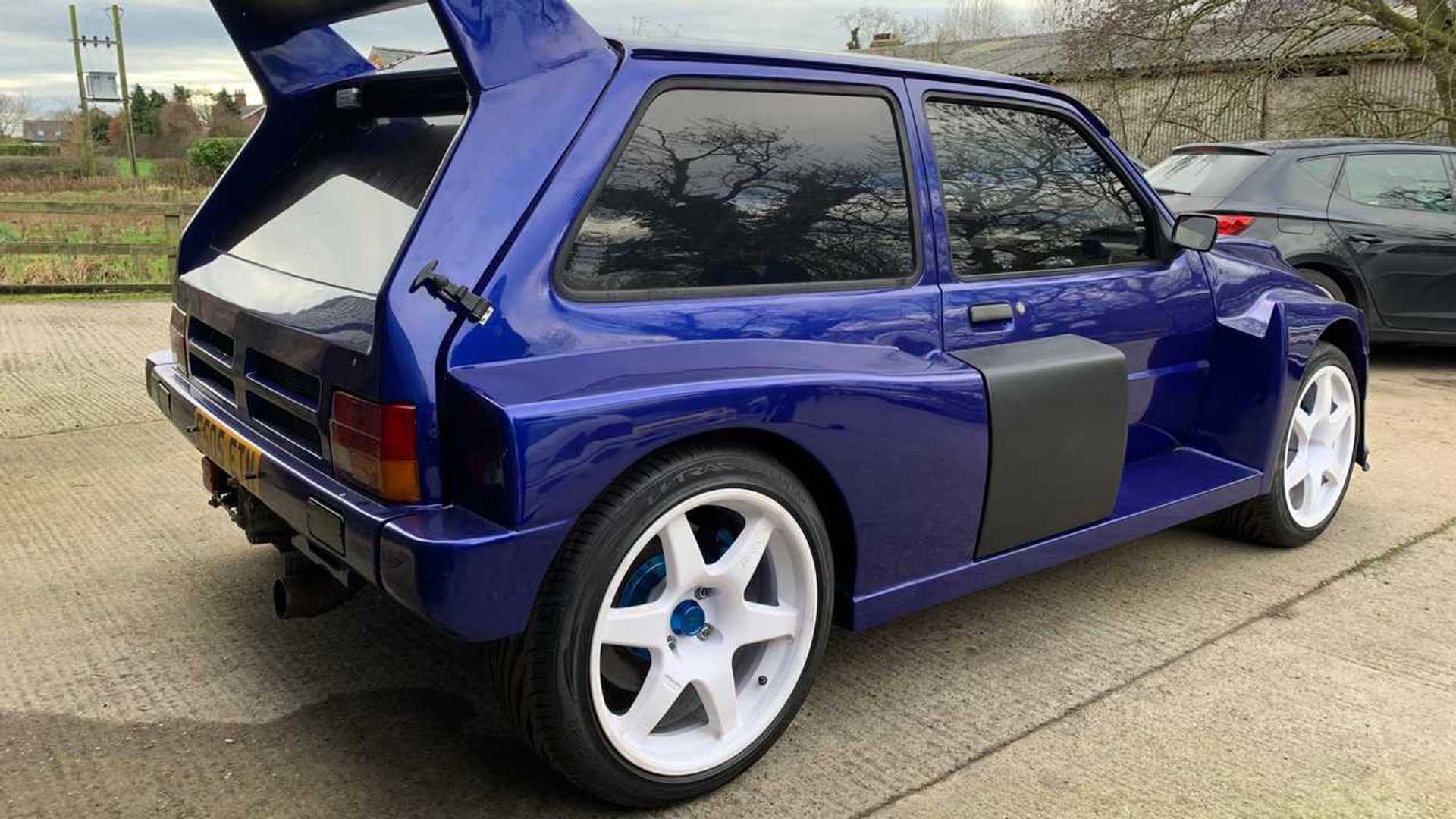