The natural conclusion to the trend of leather wrapping. It had to happen eventually.

With no end in sight to the car wrapping trend, we’ve witnessed a number of different materials being introduced for use on car exteriors. Felt has started to be used, and our friends at Dartz will make you a vinyl wrap that feels like snake skin or a €500 note. But weirder ones has been leather, a material which continues to be strangely popular in Eastern Europe. So it comes as no surprise that the most leather-clad car we’ve ever seen comes from Russia.

The leather being used is one hundred percent genuine Canadian bison leather, and it covers the entire exterior of the car. The interior is a mix of bison leather and fur, but the really amazing touch is under the hood. The entire engine compartment, including the underside of the hood and the engine itself, are covered in leather. There is pinstriping as well, apparently done by an artist in the Middle East, although that’s all we know about that. The owner even says the engine compartment contains Swarovski crystal inserts, just in case the leather wasn’t weird enough, apparently.
Even if we ignore the leather, there is a lot about this car which is confusing. The badge says Peugeot, but the body has been extensively modified (and is mostly fiberglass at this point, we’re told) to the point where we can’t actually tell what it once was. The styling is reminiscent of an early 203, but it could easily be entirely custom. The leather has been treated to withstand both the outside elements and the heat of the engine compartment, and the car is actually for sale. The asking price is 40 million rubles (About $1.2 million US) and one has to now wonder what it cost to do all of this. 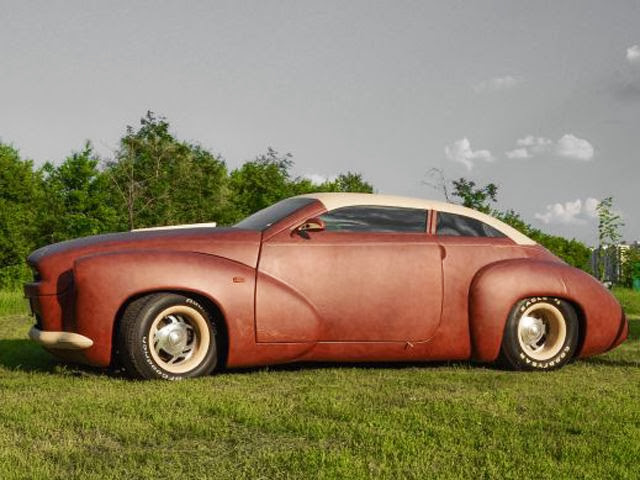 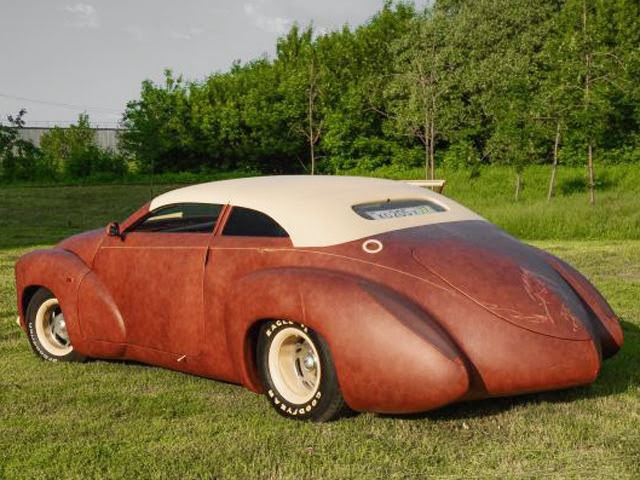 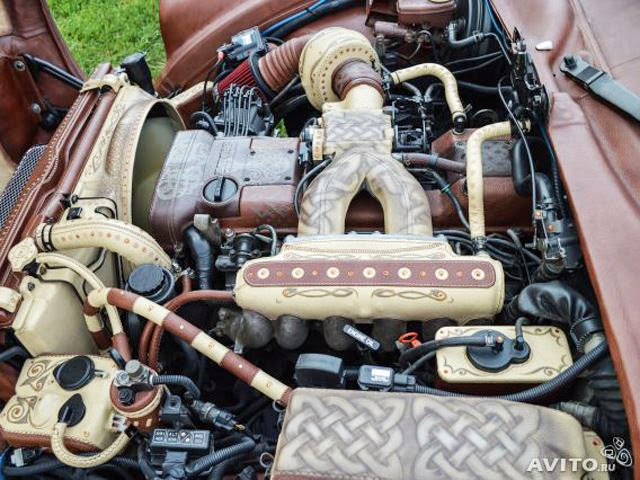