They say that the Mercedes G-Class has conquered almost every environment on Earth.

There's even a fast version, the G63, so it seems like a natural transition to use that at Pikes Peak.

The legendary hill climb is one of the coolest forms of motorsport. Sure, you're not going to watch the whole thing, but the cars being developed for the event are some of the most unique on the planet - big aero elements and super-powerful motors that are designed to work at altitude, where there's less air.

So far, only a few luxury SUVs have tried to go up Pikes Peak, Range Rovers and Bentleys, always in a stock format so that automakers have another excuse to print out press material. We'd actually prefer it if they'd go down the highly customized route because many big SUV buyers try to add their own touches.

Wouldn't it be cool if suddenly people started adding this kind of aero to their G63s? It would probably do bad things to the resale value, but at least we'd be entertained.

As you may have guessed, these aren't real photos, but 3D models based on the real G63, and it's impossible to see this as anything other than a hill climber. The 2.5-ton slab of metal now sits close enough to the ground to scrape every carbon spoiler or winglet. There's a lot of them too, working around much wider tires.

We're not sure the open areas would make for good streamlining, but they do let us see the "guts" of the project, including what's under the hood. Where's the engine? Somewhere in the middle, and the bay has thus been filled up by two giant turbochargers, big enough for trucks and probably not connected to an AMG V8, since this hasn't been modified for these kind of jobs. Instead, we'd probably use a Nissan VK56, like the boys in the Arab Emirates are using in their 2,000 horsepower monsters. 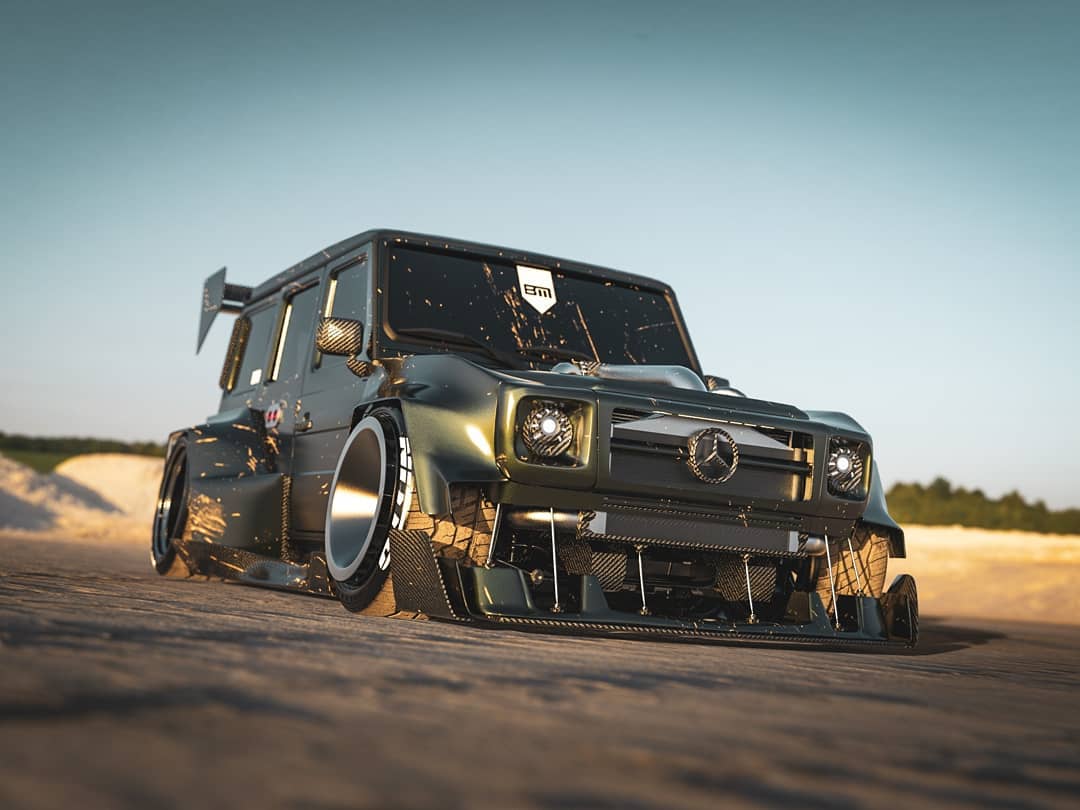 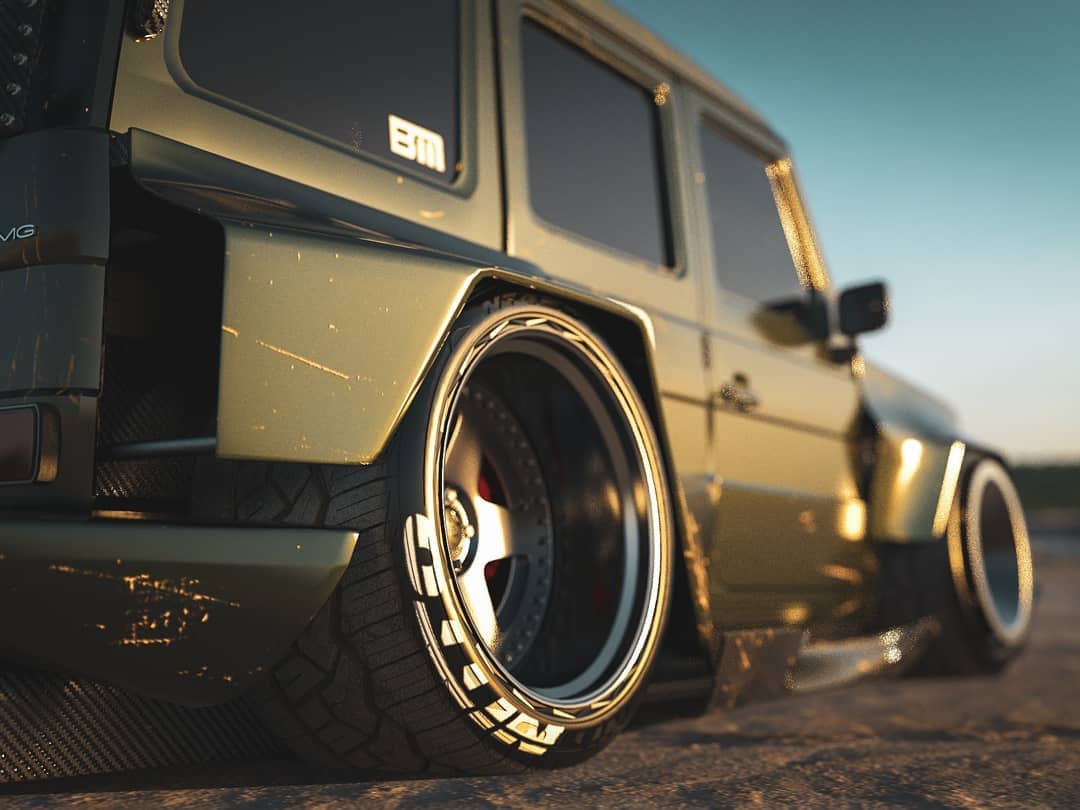 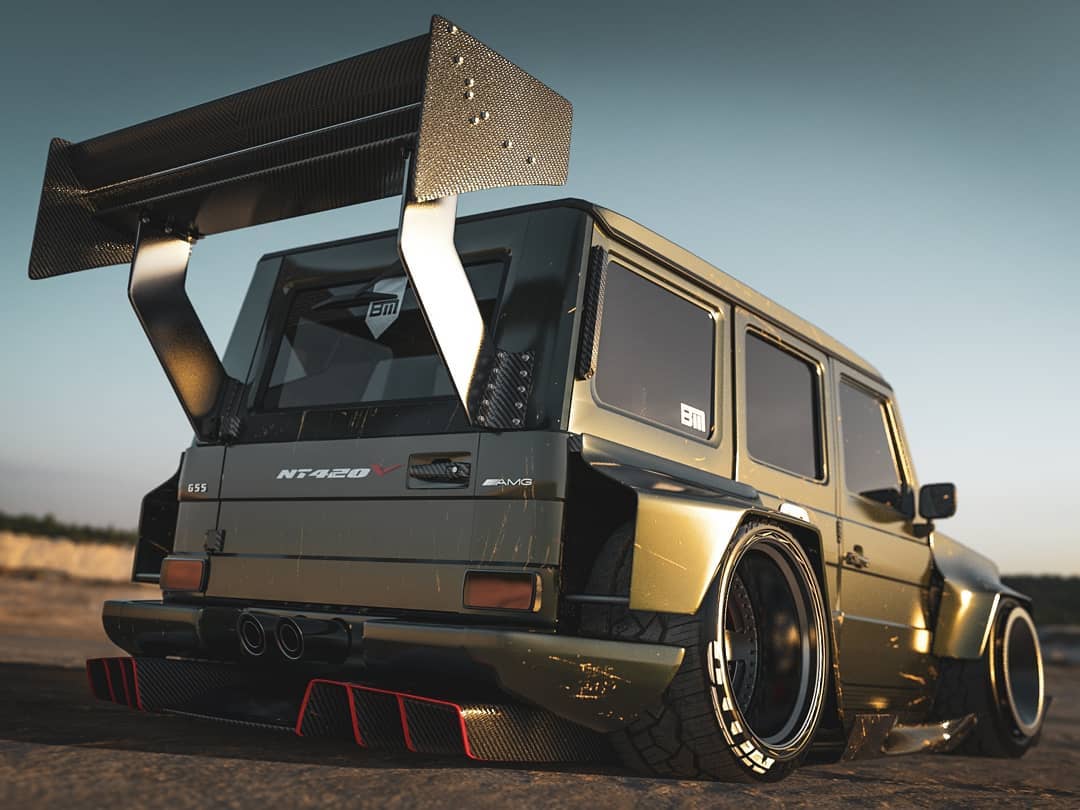 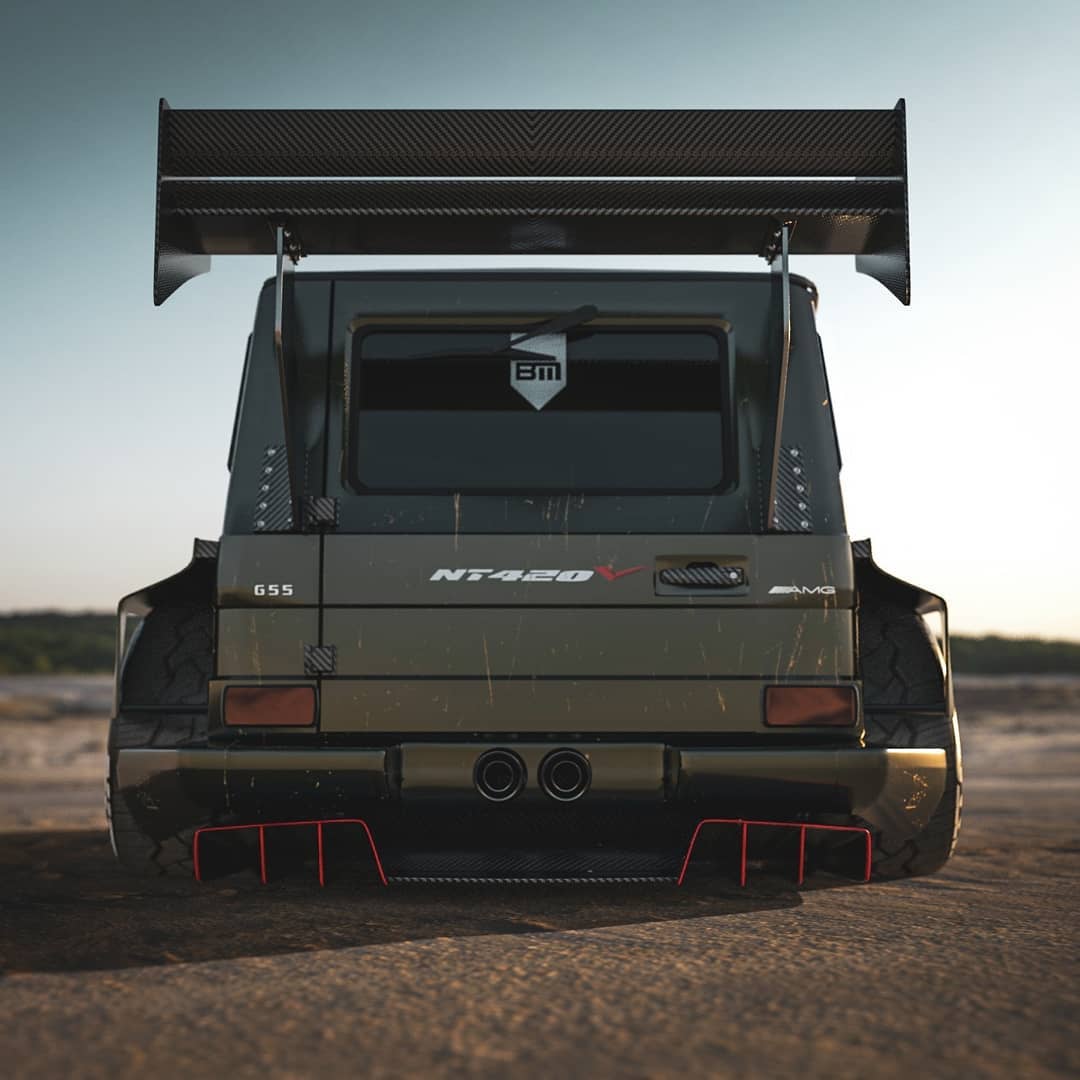 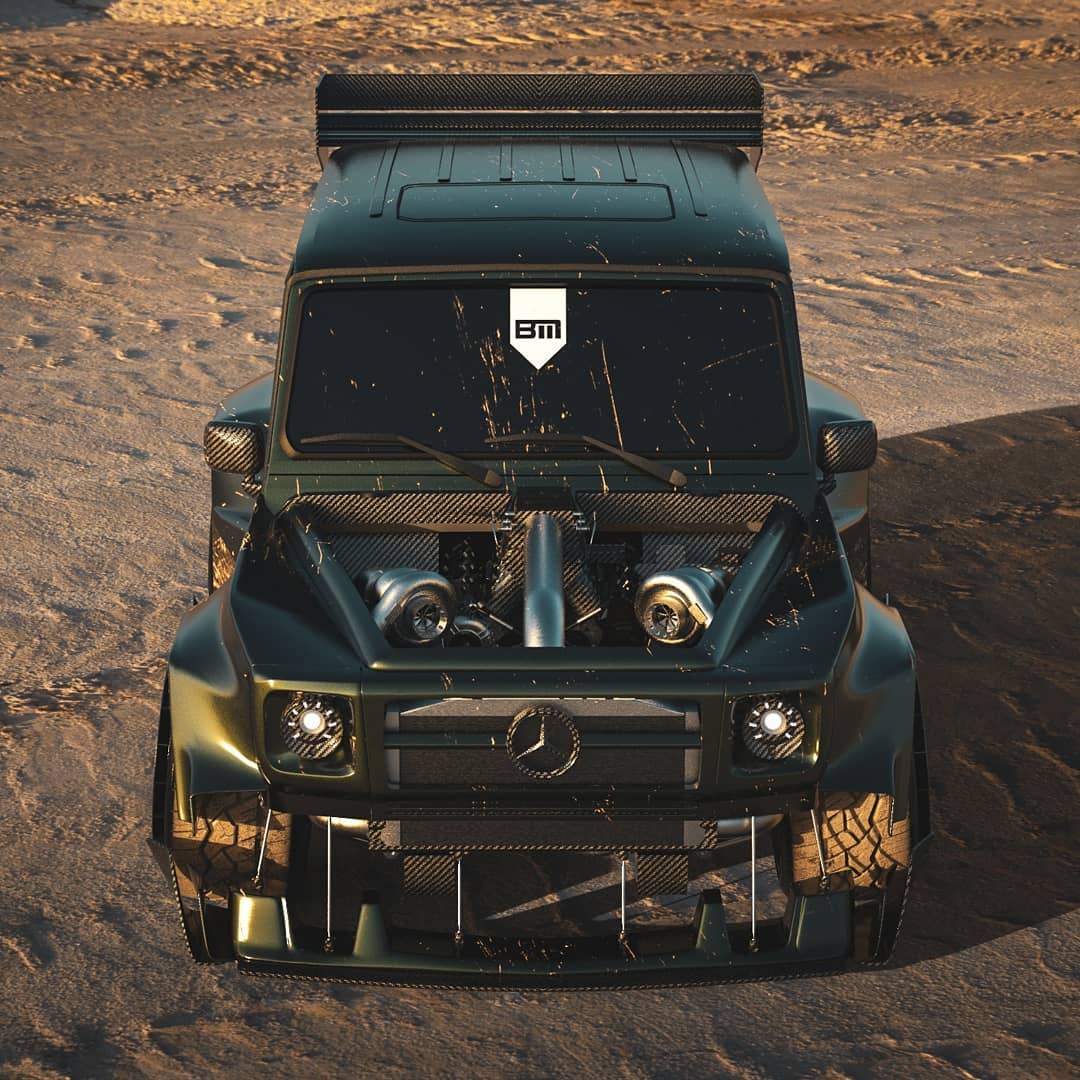