One of the common tropes in martial art movies is the blind warrior that's able to sense the world even better.

But can a yellow SUV-turned-race-car see without headlights? After seeing this Land Rover Discovery Sport rendering, some of you might wish you were blind instead.

No, not the Discovery; the Discovery Sport, or as some like to call it, the Disco Sport. This model was introduced in 2014 as a replacement for the Freelander and became Land Rover's most popular model. It shares many things with the Evoque, so it's more of a crossover than an SUV, but like most things with a LR badge, this is a capable offroader.

3D modeling artist Brad Builds decided to take things in another direction. Instead of doing the natural thing, which would be to turn the Disco into a Baja buggy, he slammed it to the ground and made something that looks like a conversion from the Need for Speed games. I wonder how many "street cred" points you'll get for that chin spoiler.

In any case, the widebody kit is done in the style of drift cars, with a lot of the tire left exposed. The amount of rubber on this thing beggars belief, making you wonder what kind of monster engine power the Discovery. The most potent factory-fitted unit would be a 290 horsepower four-cylinder turbo. But the rendering means more business than that, piping exhaust straight through the hood. Or is that some crazy turbo setup?

A good Land Rover race car deserves a 5-liter V8, that's what we always say. But at 4.6 meters long, the baby Discovery is barely big enough, plus it would need a complete powertrain and electronics swap because its engines are normally arranged longitudinally. 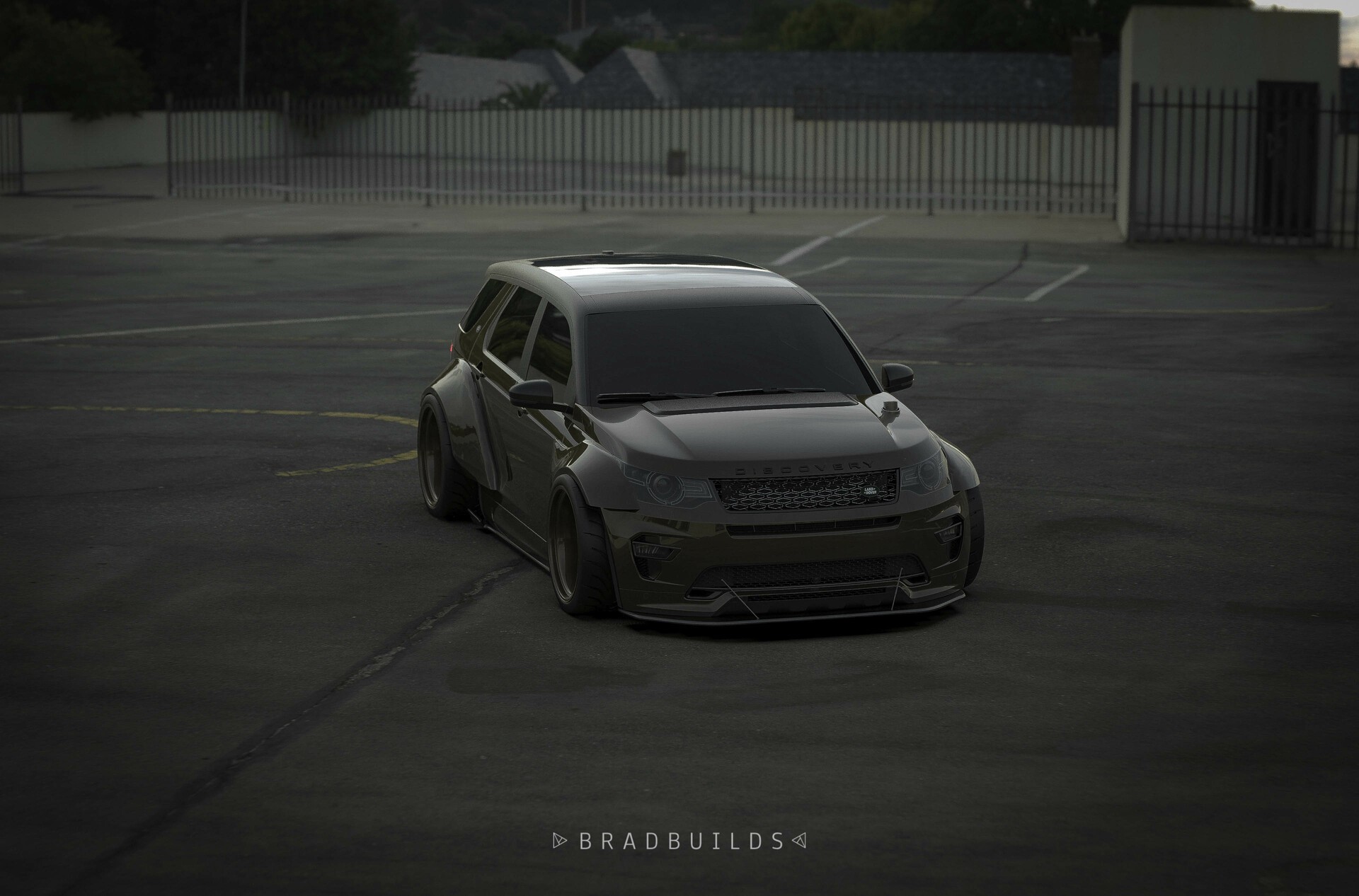 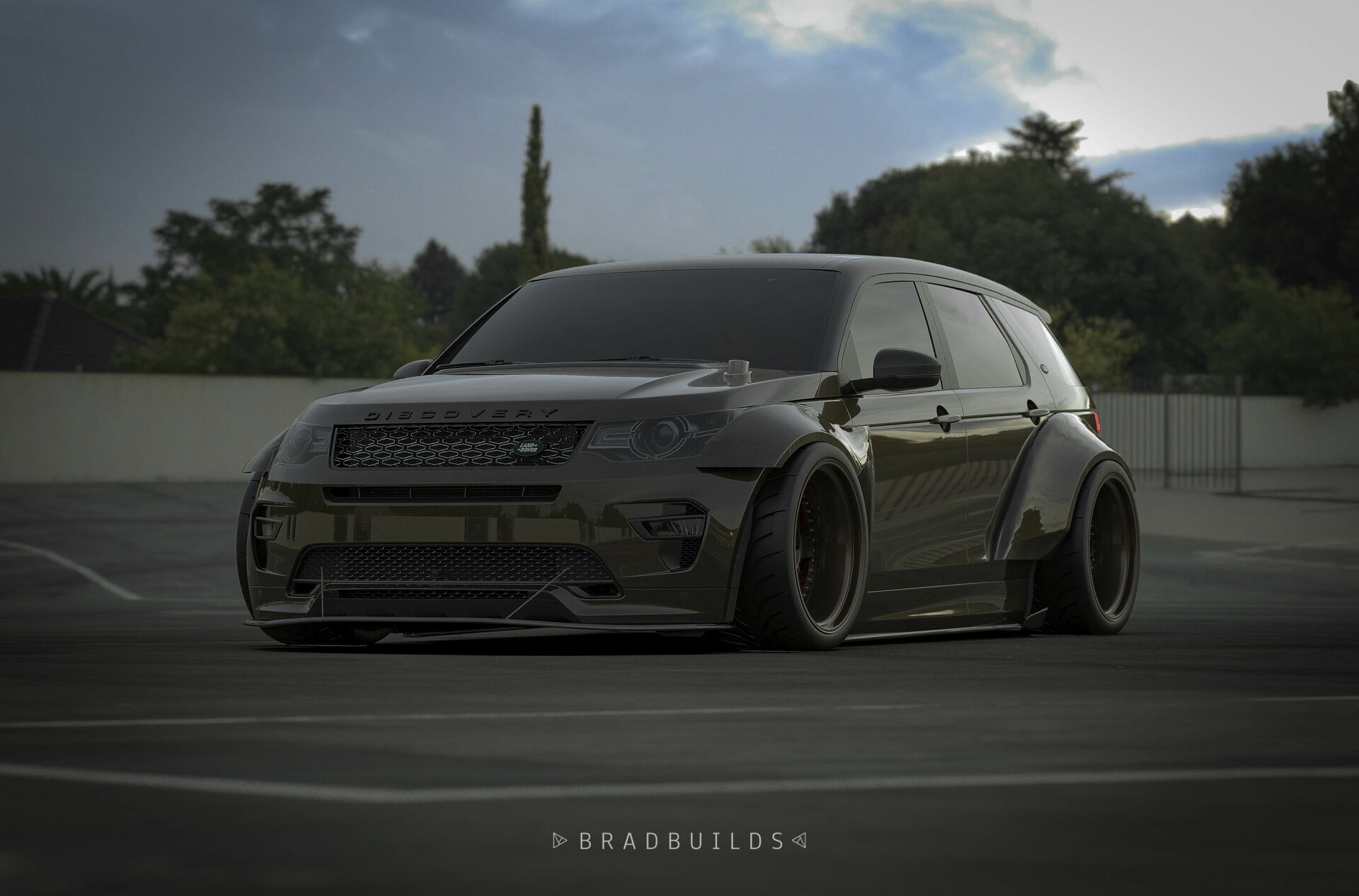 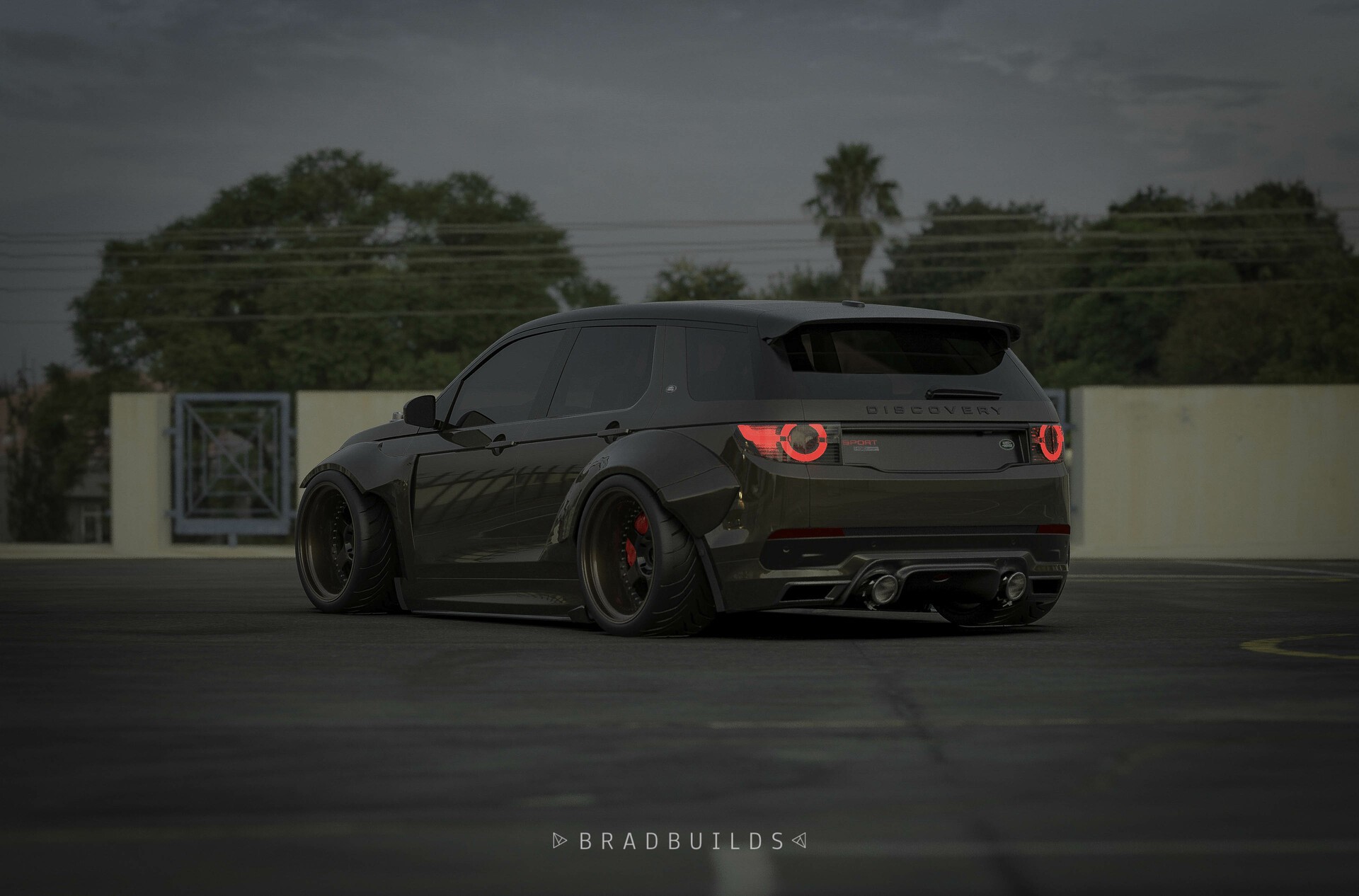 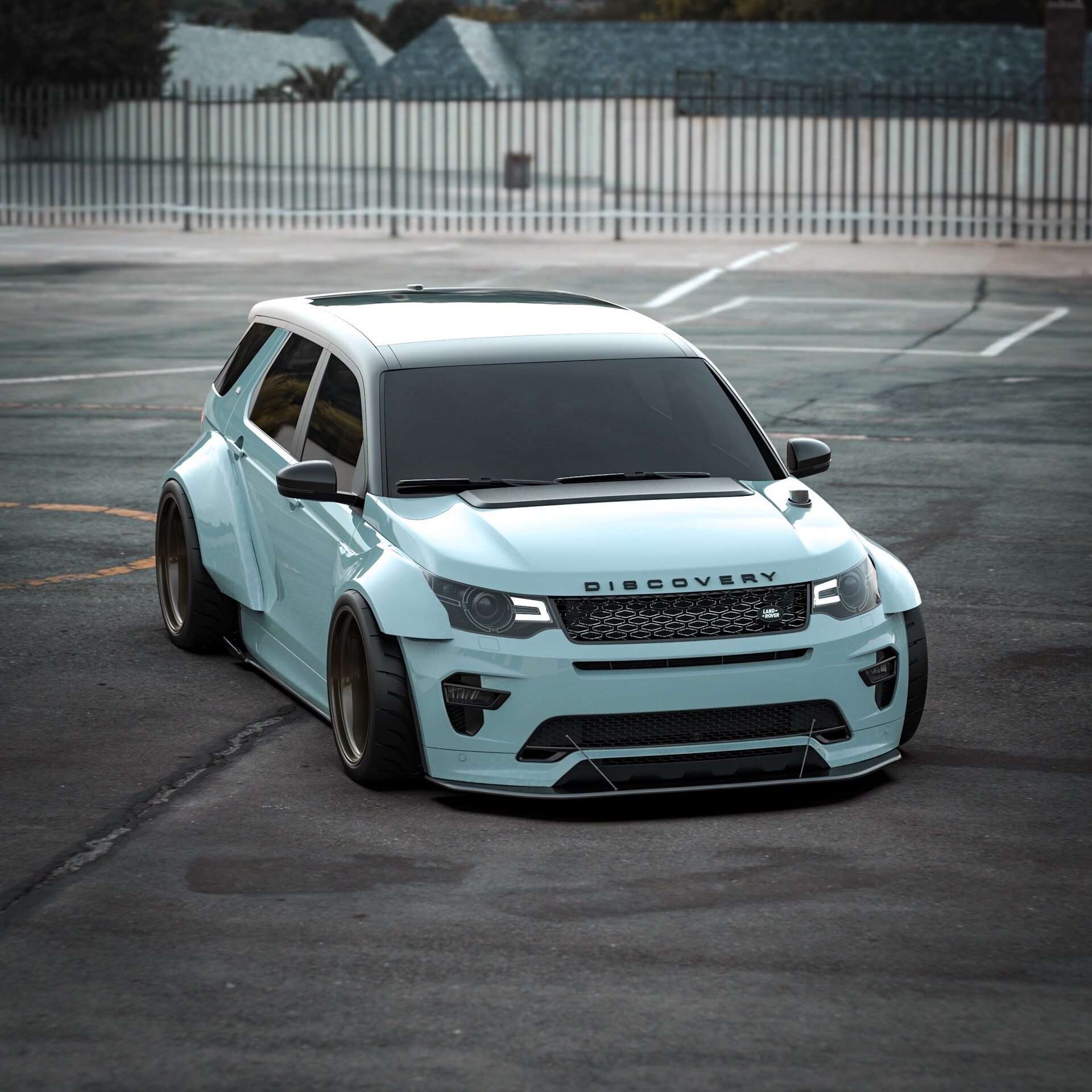 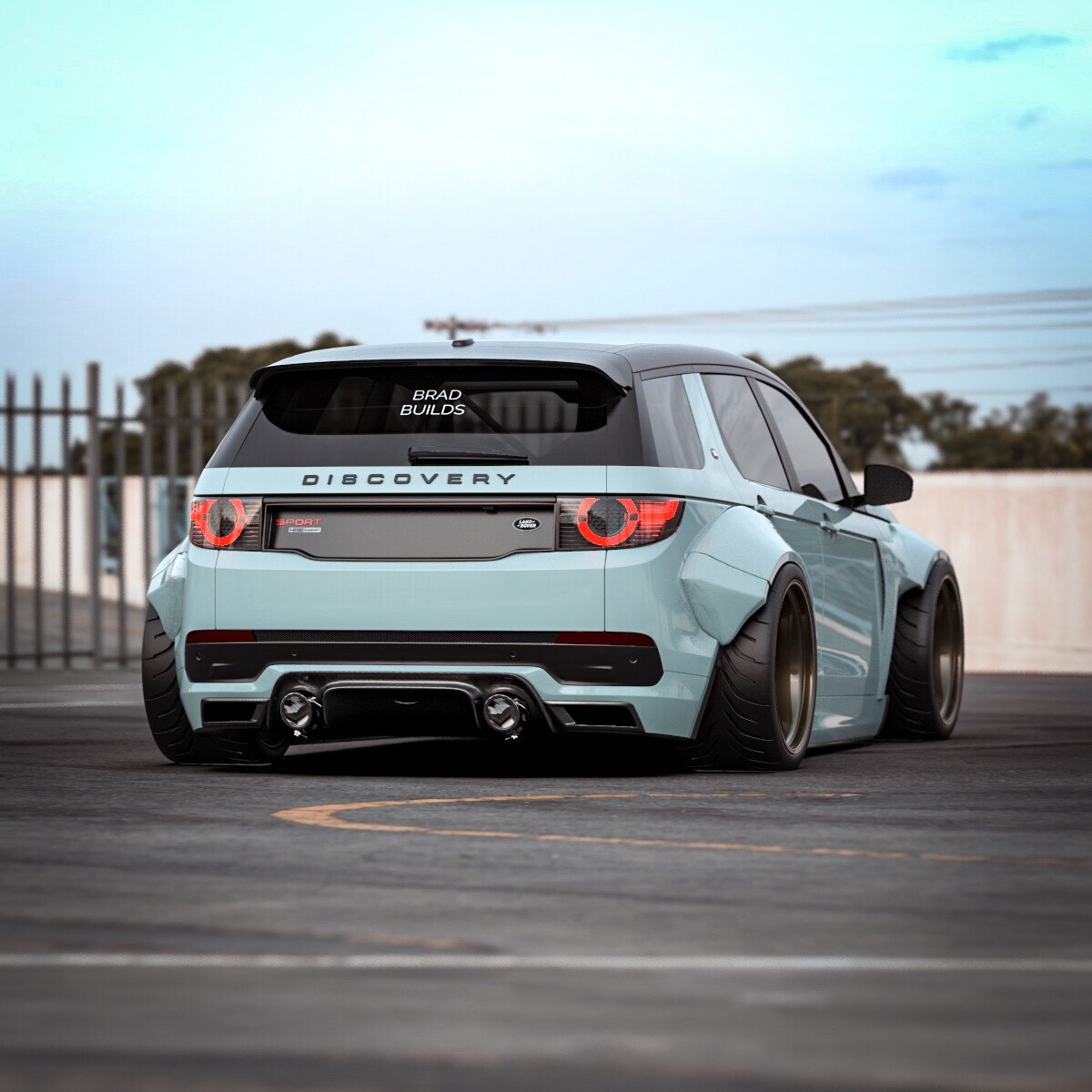 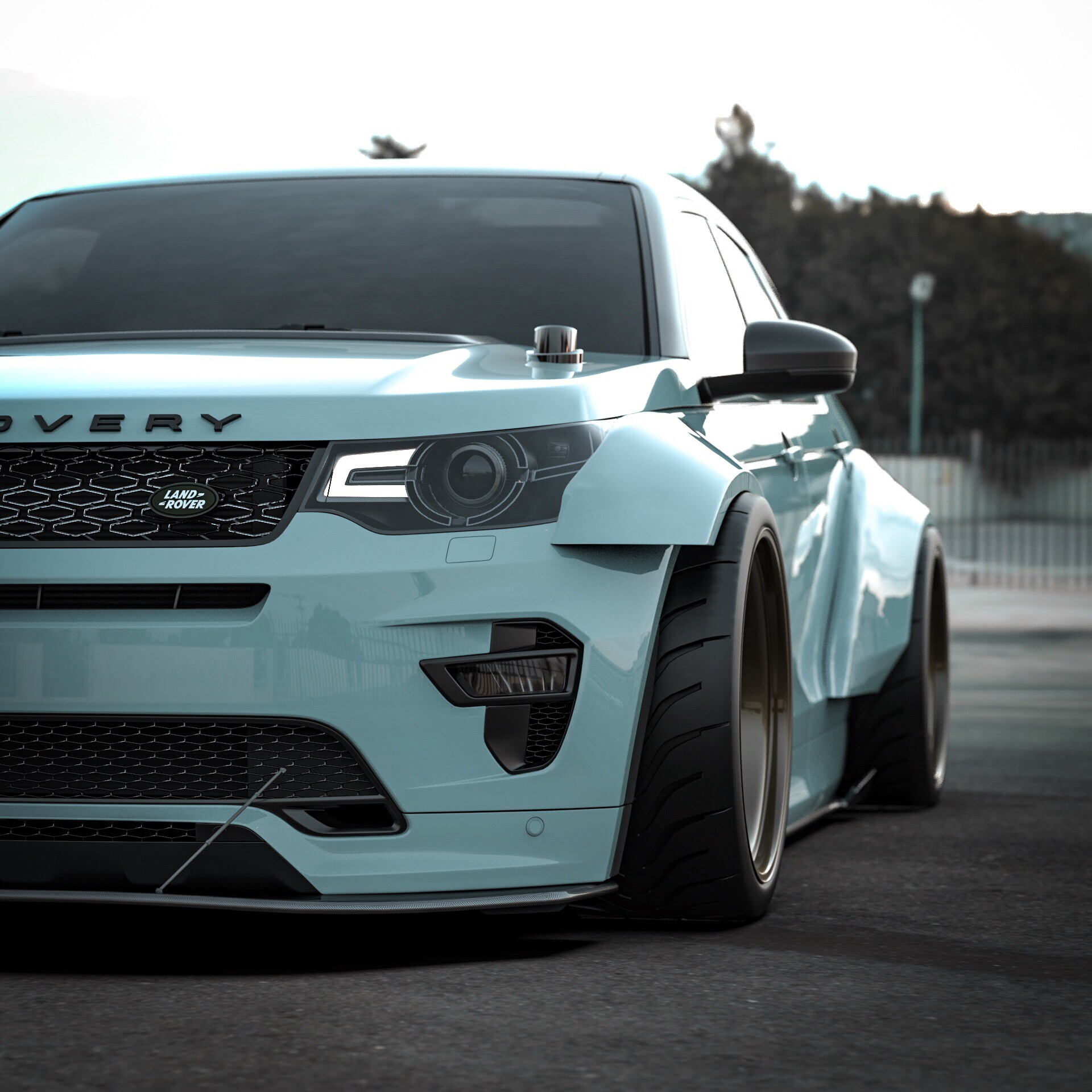