Someone Paid $100k for “The Ferrari of Motorcycles," Namely This MV Agusta 850SS Founded in 1945 by Giovanni Agusta, the company known as Meccanica Verghera Agusta went from a family-owned business to an international player in no time at all.

Responsible for the world's first production four-cylinder motorcycles, the Italian brand has also treated us to quite a number of rarities. The 850SS is a fine example.

Nicknamed "The Ferrari of Motorcycles" by the vendor, the 1977 model in the photo gallery has recently sold – on eBay of all places – for the princely sum of $100,000. The question is, why does this bike special and why does it cost so much?

First things first, the 850SS is extremely rare. Fewer than 50 – maybe as few as 19 – were made, converted from the 750S America by the factory or dealerships. Rarity aside, the engine is another forte of this 43-year-old sportbike with Italian styling.

Displacing 837 cubic centimeters, the air-cooled motor takes its mojo from 26-millimeter Dellorto carburetors and the four-cylinder plant breathes out through a Lafranconi exhaust. The great-handling chassis is another thing, and let's not forget what the 1970s meant for one of the most desirable moto brands out there.

The death of Count Domenico Agusta has left the company without a guiding force. By the end of the 1976 racing season, MV Agusta was out of the game. It's during this decade that financial turmoil hit hard. In 1980, it was all over, all of it.

Fast-forward to the 1990s, and that's when the Castiglioni family of Cagiva, Ducati, and Husqvarna fame bought the company. Under new leadership and generous financial backing, MV Agusta unveiled a new four-cylinder bike in 1997.

Turning our attention back to the numbers-matching super sport, the two-wheeled wonder has "a few nicks here and there" but "it starts, run, shifts, and stops." A fulsome recommissioning is a must, but then again, what did you expect from an ultra-rare Italian sportbike with only 2,800 miles on the odo since 1977?

Sold two days ago with a clean New York title, the MV Agusta 850SS still features "all original documents" from both when it was a 750S and after the conversion. 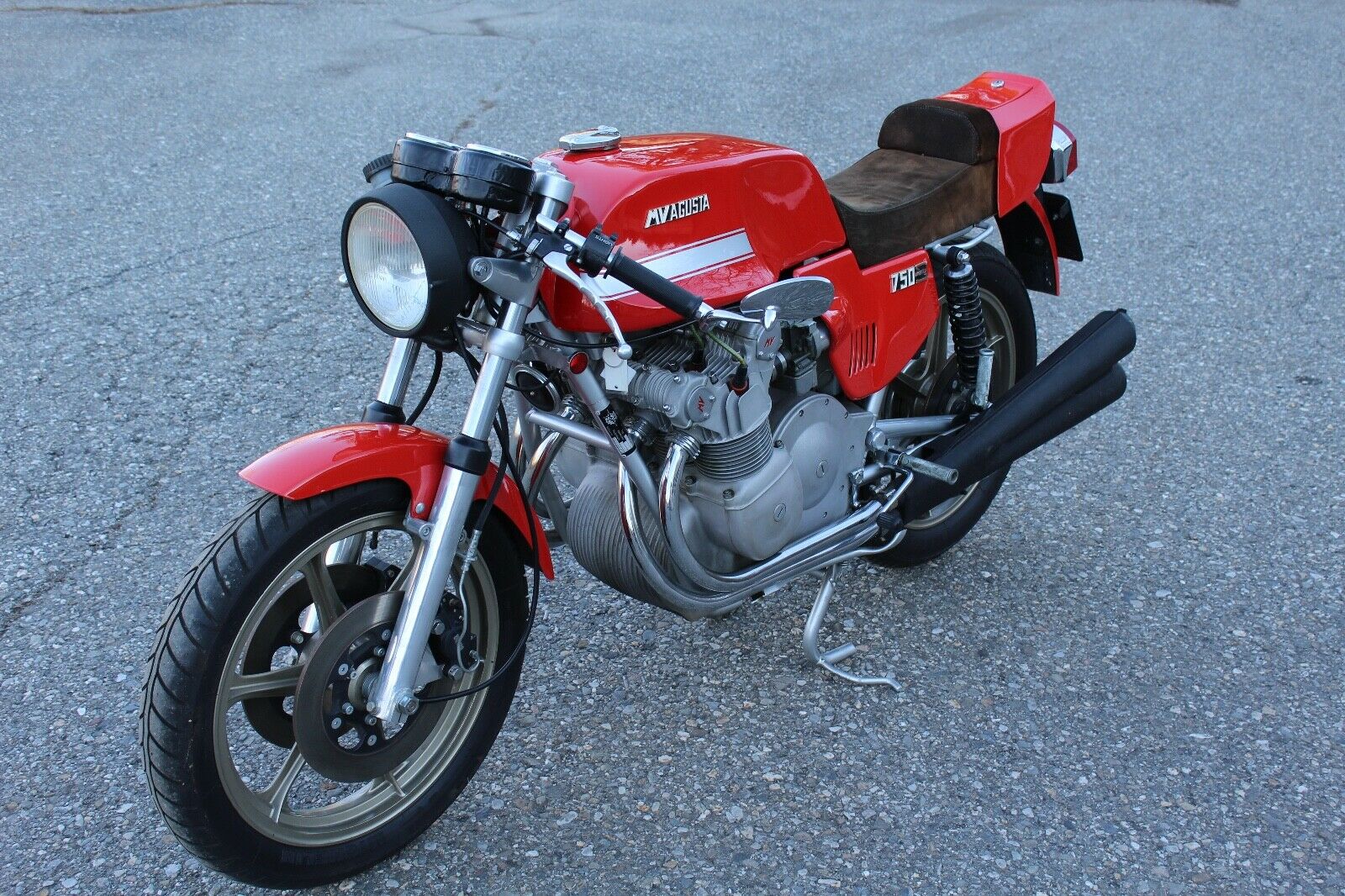 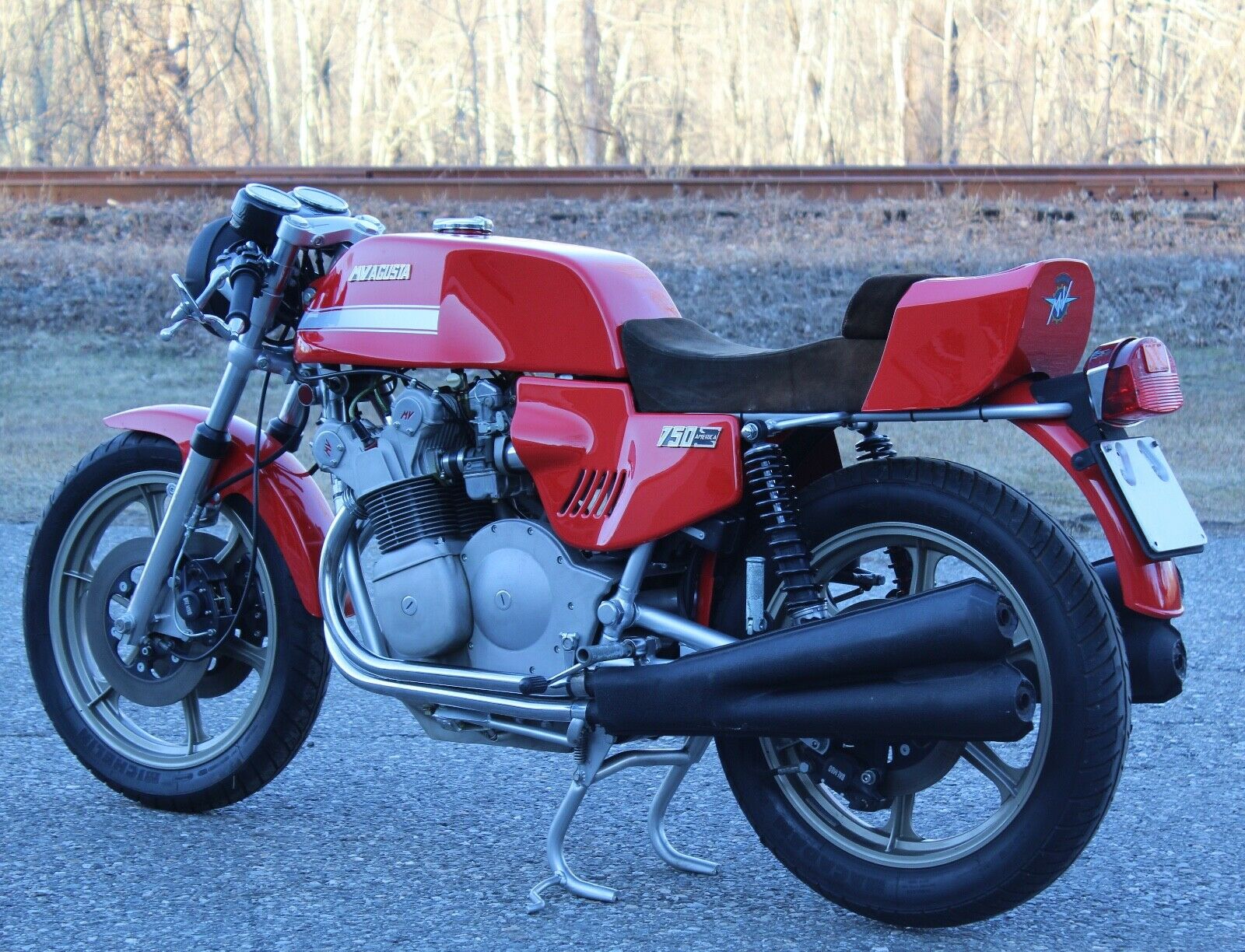 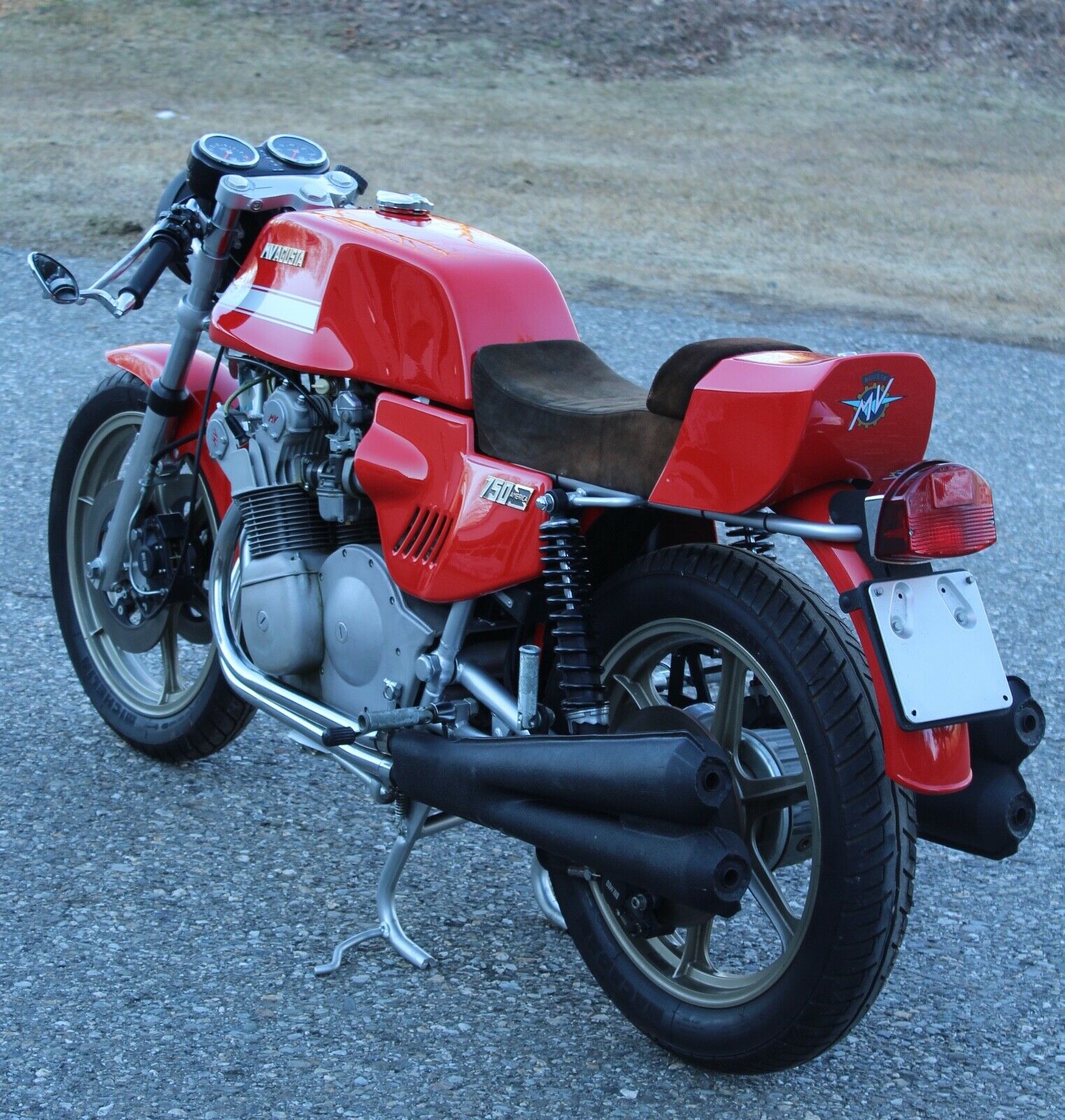 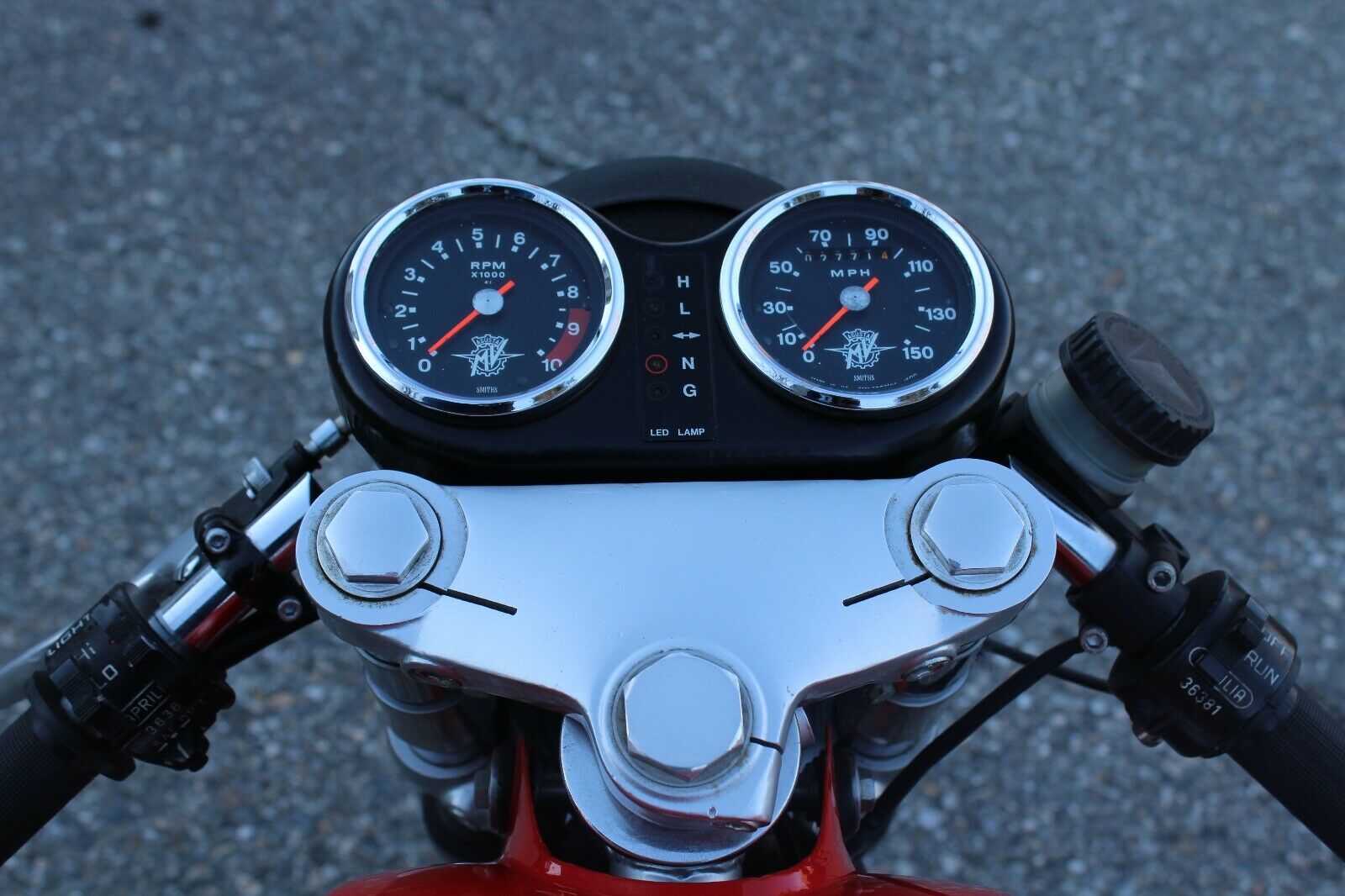