He'd like to come and meet us ... but I think it's gonna be a long long time

Starman and its Tesla Roadster are officially a long, long way from home. SpaceX has confirmed that Falcon Heavy's test payload has passed Mars' orbit, putting it at one of its greatest distances away from the Sun (it should reach its far point on November 8 at a distance of 1.66 astronomical units, or 155 million miles). While it isn't about to rendezvous with Mars, this is no mean feat for a mannequin-toting EV. And you might want to remember this moment — it's going to be a long time before Starman is close to Earth.

According to models by Ben Pearson, the space-borne dummy driver and car (or what's left of them) won't make a close approach to Earth until two years from now on November 4, 2020, and even then it'll be 0.35AU (32 million miles) away. It'll get much closer to Mars, within 0.05AU (4.6 million miles) on October 6 of that year. You may not see a truly close Earth visit until 2091. Short of a purposeful encounter or an unexpected collision, Starman could be quite lonely for thousands or even millions of years 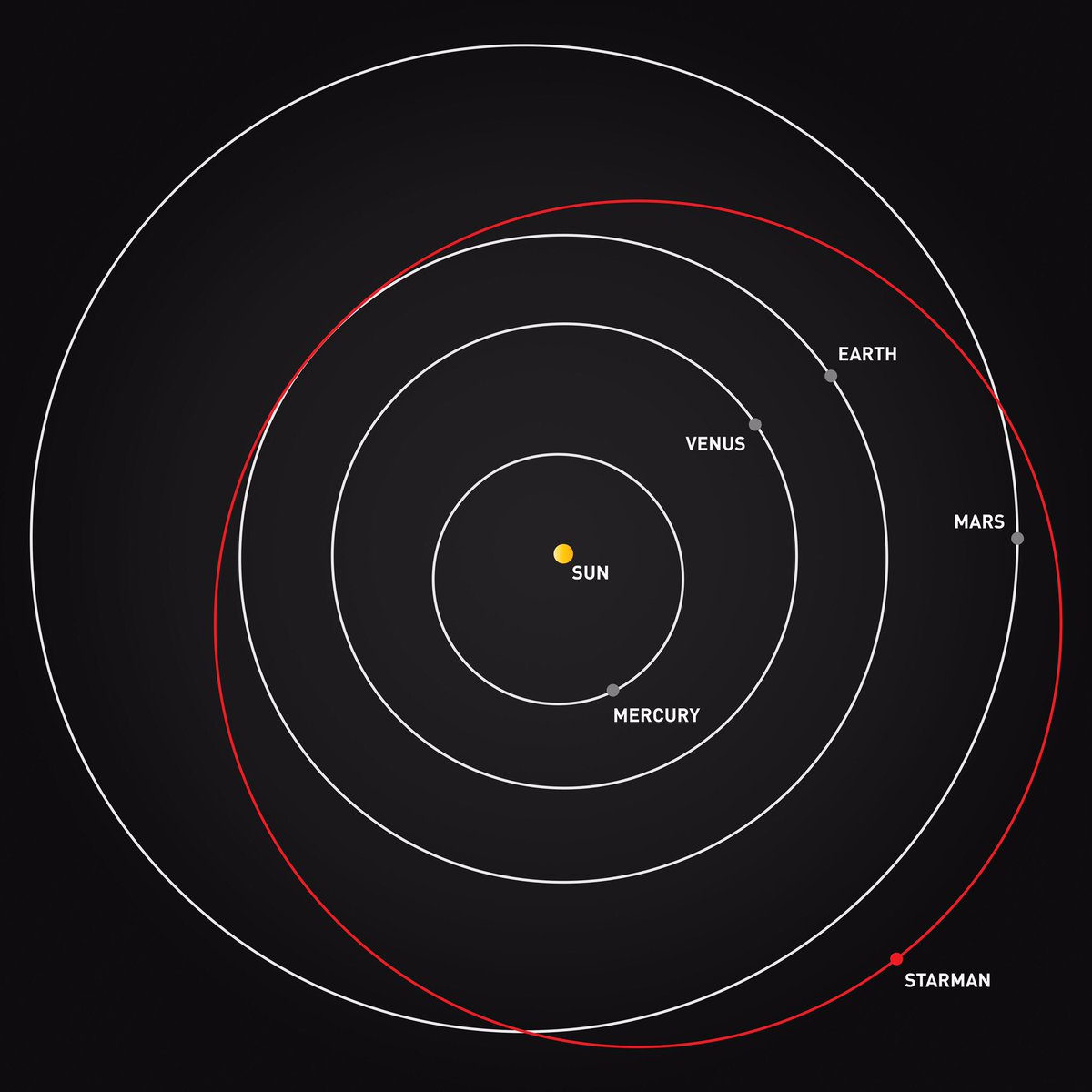