Suzuki has just teased the Suzuki iv.4 Compact SUV Concept which will be officially unveiled at the 2013 Frankfurt Motor Show.

The concept gets a ‘clam shell’ shaped hood while the grille has been divided into five segments. Suzuki says that the overall design conveys a sense of ‘modernity and innovativeness’.

Other details will be revealed only on September 10, i.e the first press day of the Frankfurt Motor Show.

We aren’t sure if this is a near-production XA-Alpha, for the i.v4 seems to be a larger car and would ideally match the Nissan Juke spec for spec, in Europe especially. The ideal rivals would be the Skoda Yeti and the Nissan Juke as a result. 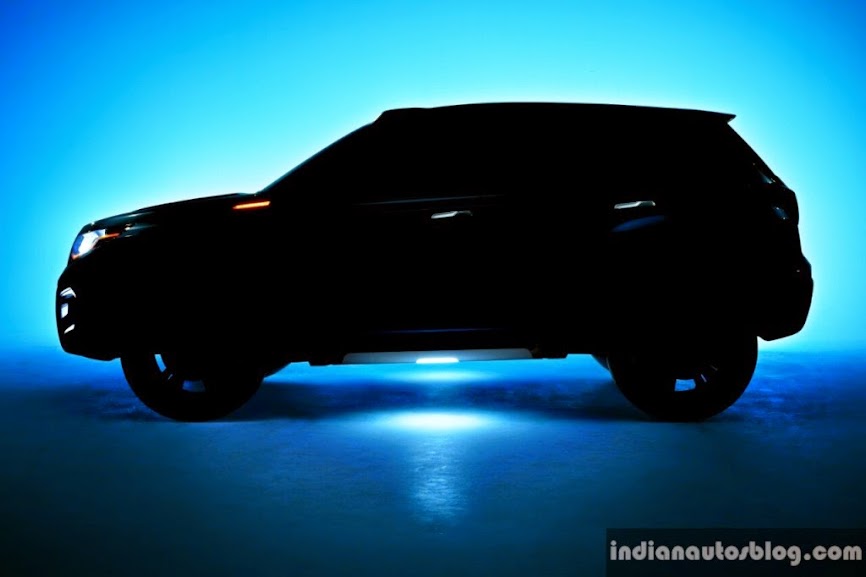 Suzuki has also announced that it would display models such as the Alto (A-Star), Splash (Ritz), Swift, Swift Sport, SX4, New SX4, Jimny, Grand Vitara and Kizashi at the show.