The G Wagen from Japan is utterly adorable.

€134,809 or the equivalent of $152,057 – that’s the price difference between a base Mercedes-AMG G63 and a Suzuki Jimny in Germany. These are two of the most legendary and longest-surviving off-roaders out there, but while the model built by Magna Steyr in Austria is a luxurious SUV, the other one assembled in Japan is a no-frills rock crawler. What if we told you that there is a way to have the looks of the more expensive vehicle without having to break the bank?

Fast Car Service from Dubai specialized in aftermarket products has developed an impressively detailed body kit for the Jimny that transforms the tiny SUV into a replica of the G63. The comprehensive package includes a new front bumper, hood, bull bar, and bulging front wheel arches – all derived from the G-Class. The headlights are taken from yet another off-roader that has been around for decades, the Jeep Wrangler, in its current-generation JL guise.

The turn signals up front are borrowed straight from a G-Class from where Fast Car Service took inspiration when designing the mirrors and side steps. The little Jimny even received dual exhaust side tips courtesy of an original AMG exhaust, although only the ones on the left actually work. It might not have the big V8 of the real G63, but the puny four-cylinder engine sounds pretty good thanks to the new exhaust.

Moving at the back, the taillights and bumper are a spitting image of what you’ll find on a G-Class, and so is the spare wheel cover. The latter incorporates a rearview camera for improved visibility, although it shouldn’t be all that difficult to park the Jimny given its petite size. Bolted-on rear wheel arches and custom absorbers round off the changes.

The folks over at ArabGT decided to do a 0-100 kph sprint, but with the car packing the original 100-horsepower naturally aspirated 1.5-liter engine, we’ll just say it’s no match for the twin-turbo 4.0-liter of the real-deal G63 with its 577 hp. 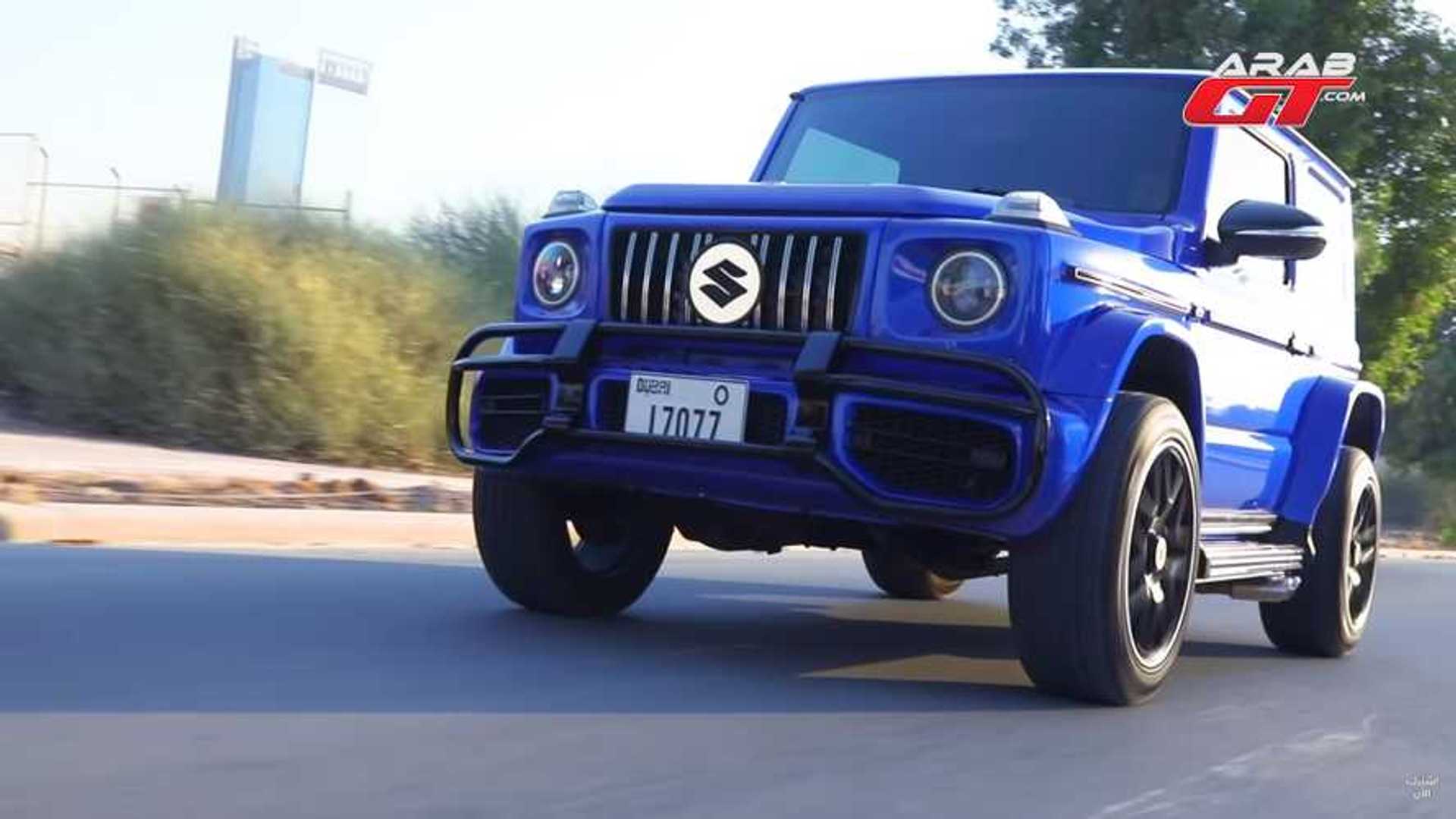 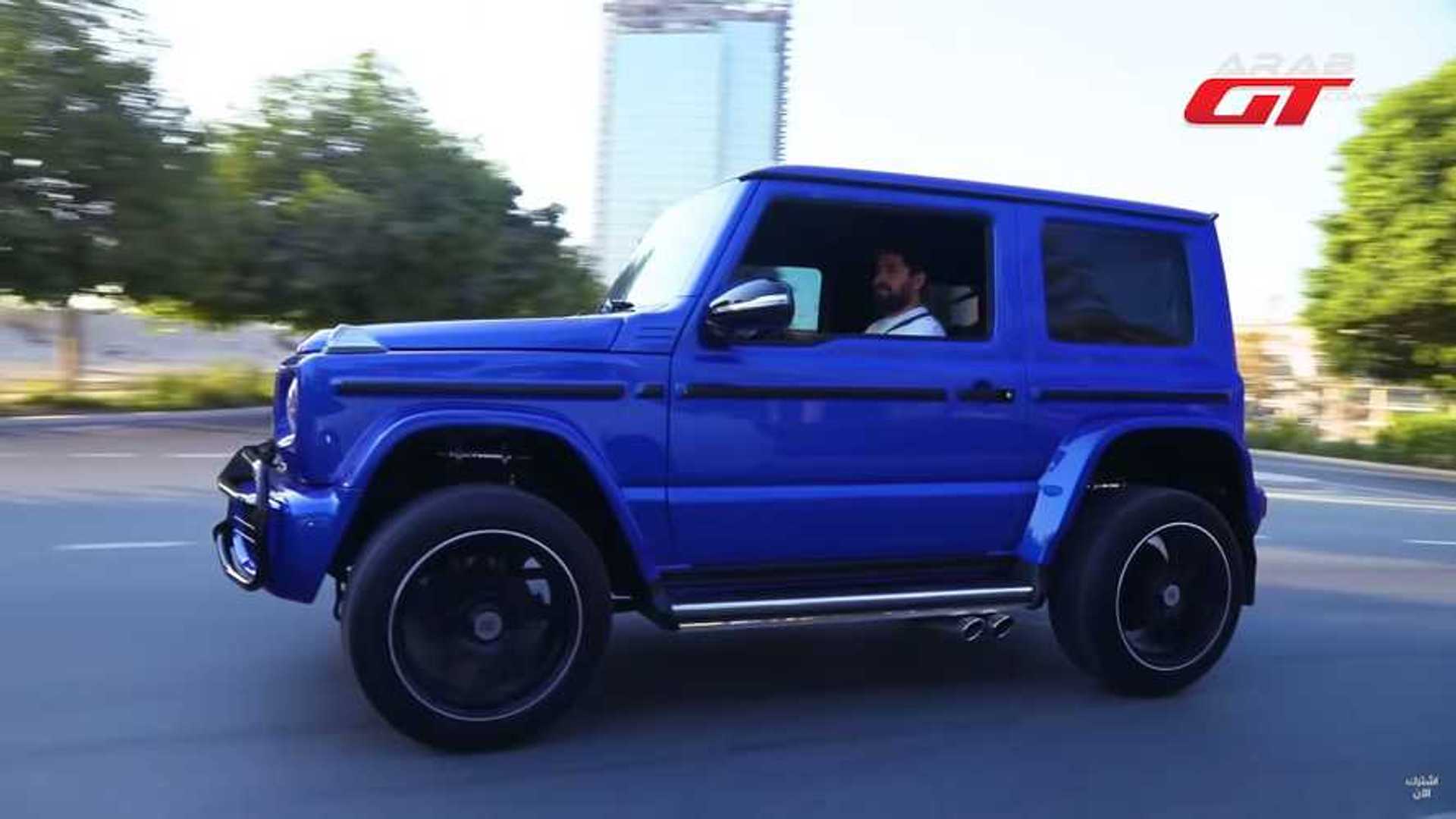