David Undercoffler has a keen eye for product and a tendency to speak his mind. That's Automotve News we hired him, and it's why Automotve News set him loose last week on the floor of the Tokyo Motor Show, where the wild concept cars continually push back the frontiers of good taste. Here's what he made of this year's assortment.

It was the hit of the show and we were only one press conference in. Mazda's RX-Vision concept, the first debut of the 2015 Tokyo Motor Show, set the halls abuzz. Never mind that this car will likely never happen in this form (inefficient rotary engine hidden under a hood the size of my hotel room?). The design was pure sex appeal from the little Japanese brand that can.

Nissan's little concept hatchback scored big for two reasons. First, it's an excellent application of the sharp new styling Nissan has been slapping on its vehicles recently (see Altima, Maxima and Murano) that teases what the second-generation all-electric Leaf will look like. Second, it's a showcase for Nissan's steps toward autonomous driving, with a trick pair of steering handles that fold into the dashboard when not in use. That's a future I want to live in. True story: I was at the Mercedes booth taking in this disco-van-on-E, and overheard an executive telling a small handful of reporters, "Of course it's not a joke." Too bad, because everyone was laughing at this thing. Dubbed a "chill-out zone in the midst of megacity traffic mayhem," this autonomous party van is a bit of a head scratcher: Mercedes has one of the strongest product portfolios in the industry, and yet this is the best it can do for a forward-thinking concept?

This thing looks like it was designed by a committee of farsighted 14-year-olds after chugging Red Bull in the cafeteria. Created for the "Gran Turismo 6" video game and revealed in 2014 at the Goodwood Festival of Speed in England, this wild child hogged plenty of attention at the Tokyo show, and not necessarily for the right reasons. I really hope Nissan is working on a next-generation GT-R sports car, and I really hope it doesn't look like this. Otherwise take me to 2021.

What's the Japanese word for "swagger"? No one at Lexus is straight-up calling this the next LS. But come on. It's the next LS. The current one is so old it walked uphill both ways to school. This concept previewing the fifth-generation LS softens all the harsh angles on current Lexuses into a cohesive, sensual sedan that could look close to this in production form. Bonus: the possibility of a fuel cell version.

Consider this the sleeper hit of the show. Little Mitsubishi comes out swinging with the eX Concept, an all-electric crossover that teases the brand's upcoming styling language as well as a new crossover/SUV set to slot between the Outlander and Outlander Sport. The face is called Dynamic Shield — because every good idea needs a name, apparently — and channels Lexus' spindle grille and Range Rover's Evoque. Here's hoping the eX follows the Evoque's lead and changes very little from concept to production.

If you had told me 10 years ago that not one but two Subaru concepts at an auto show were devilishly handsome, I would have said you were probably the general manager of a Subaru store. And in need of an eye exam. But here we are. The Subaru Impreza 5-Door Concept is a strong indication of what the next-gen Impreza will look like when it debuts late next year. And the Viviz Concept previews the look of a three-row large crossover due after that. Both are easy on the eyes and proof that this hot-selling, vastly profitable Japanese brand has found its styling mojo too.

"Efficiently unattractive" is the unofficial tag line of this car. Sure it beats Toyota's Mirai in range and offers a middle seat that the Mirai lacks, but the real shame was that Honda's Clarity fuel cell sedan (yes, sedan) couldn't figure out how to look normal. White is this car's enemy; darker colors definitely help cover some of the odd body shapes and lines and that annoying bit of fairing over the rear wheel. We hoped for better. And stop laughing, Mirai. You're certainly no prize yourself. 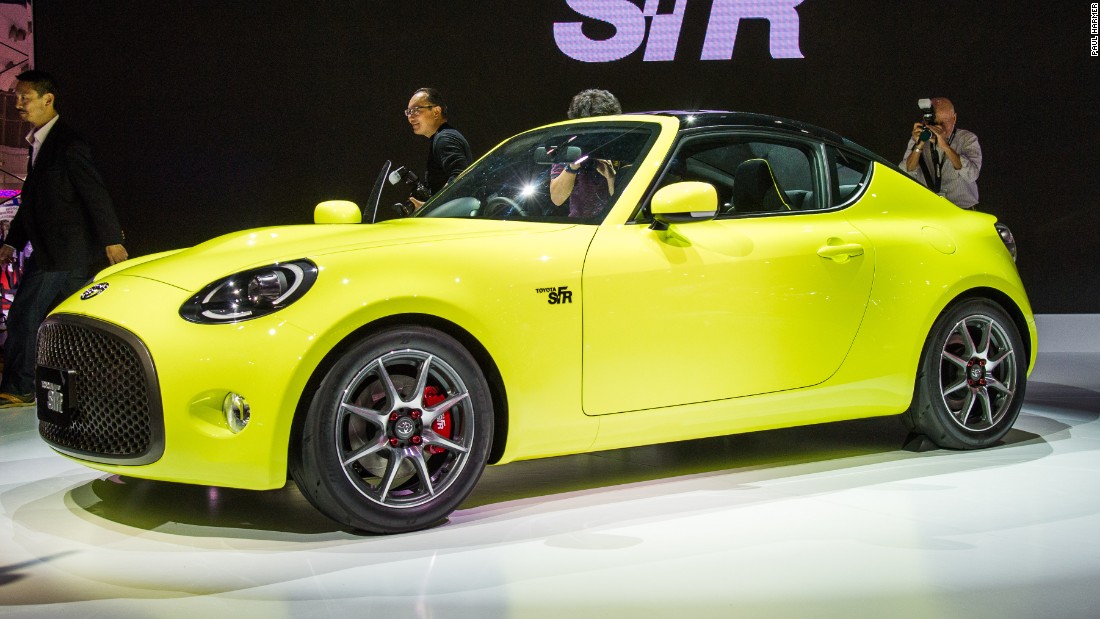 With a face this cute, how can you not want to scratch it behind the ears and take it home to play? The Toyota S-FR is a tiny, lightweight, rear-wheel-drive coupe that supposedly seats four (no word on how many of those people have legs). A 1.5-liter, four-cylinder engine makes about 130 hp and is hooked up to a six-speed manual transmission. Good, clean fun. The only thing not adorable about this car is that it's probably not coming to the U.S. Sad face.

Why not a radical lightweight sports car? Yamaha's concept looks like the love child of Toyota's FT-1 concept and any Pagani supercar, but smaller. Powertrain details are scarce on this compact two-seater, but I can report that the leather-lined interior smells good enough to use as cologne. Throw in a carbon-fiber monocoque chassis and a trumpet strapped in behind the passenger seat (guessing a baby grand wouldn't fit). I'd actually look forward to a midlife crisis if this thing were on the market.